The i5 simply does not represent a mere switch of operating platforms from the old Linux framework to Android 4.4 but it is also an extensive reimagination by Cayin and HiBy Music on how people access their media files and play them. You will not be greeted with a standard vanilla Android platform such as you would find with the Sony ZX series and the FiiO X7. Yes, there is an apps drawer of sorts for 3rd party applications but it is tucked out of the way instead of front and center on traditional 4.4 home screen menus.

Cayin has opted to focus on the audio playback experience and as such, the HiBy Music UI is front and center with some tweaks for a more in-depth media experience. Dig deep enough and you will find Android 4.4 lurking underneath such as the core settings menu and the drop down notifications bar but it’s entirely superfluous to the user experience and only really called upon for setting up your wireless networking and for firmware updates. Everything else about the UI platform is “HiBy familiar” with more of a swipe type experience left and right than a linear back and forward home button workflow. 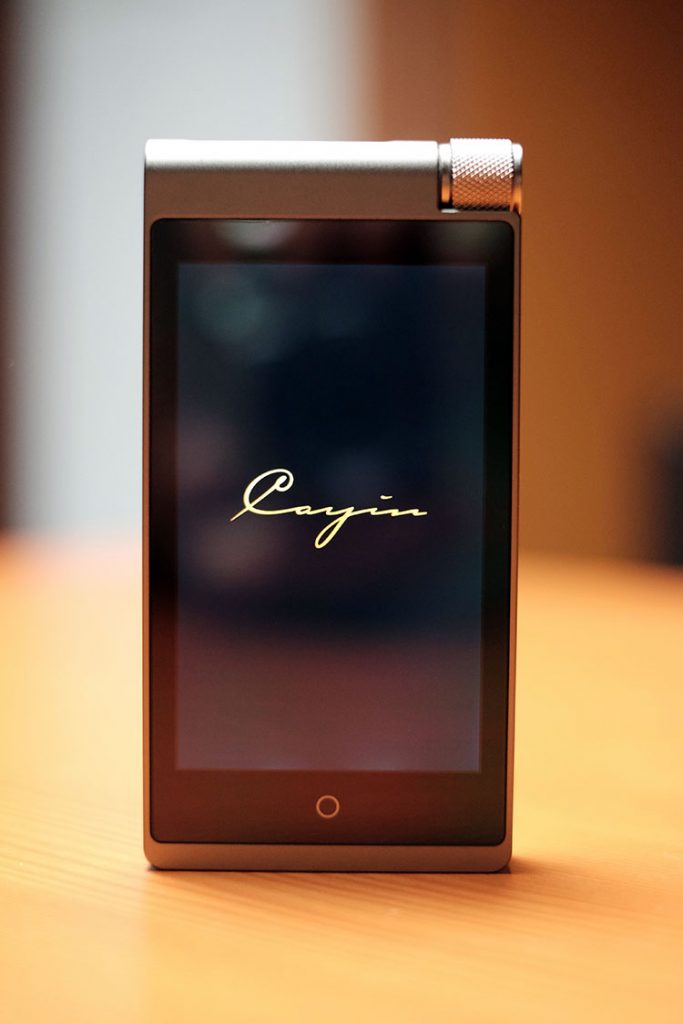 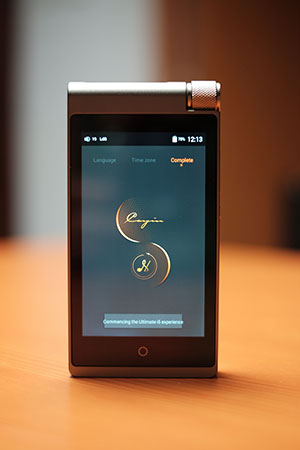 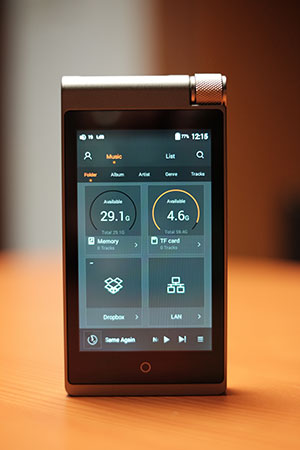 Android 4.4. is a capable platform with 1Gb of memory. The Cayin i5 is actually quite a nippy little player and those little hesitations I found during pause and playback (volume related) on earlier firmware seems to have largely disappeared on v1.81. Boot time is as you would expect with an Android platform so it is significantly slower than the older N5 and N6 whose lightweight but limited Linux platform was less than 8 seconds.

Now it feels “industry standard” with around 18-25 seconds boot time, (new features in firmware upgrades has slowed it to 25 seconds recently),  along with the now customary Android splash screen to home page process. The FiiO X7 boot time is marginally faster by a few seconds though you do have to add 1-2 seconds more to boot into the music app of choice on the X7 as it is not ready to play music automatically once booted.

Scanning is quite fast with around 1675 files scanned and tagged in around 10-12 seconds maximum and there doesn’t seem to be any noticeable lag between browsing, selecting and playback starting. Coming from a Sony ZX1 and ZX2 it is significantly snappier in media management and browsing.

I do have to say though do we really need the “Burn your music” boot up logo?  I really don’t feel like burning my music at all. Perhaps they mean to do away with your physical music? I am not sure. I have seen worse though with memes on headphones such as “Fill me up” and “Explore your inborn”.

You can roughly divide the features of the i5’s UI into two distinct areas; media management and cloud or wireless management. Both of these have a primary access point within the HiBy Music platform where it feels intuitive and very well integrated.

Swipe left and the HiBy Cloud services are right there (post sign-in) with the ability to log into your HiBy Profile, scan your media, set up your EQ, adjust your music settings (much like the old N5 options) and go straight to your 3rd party apps folder. If you choose to stay on the home page also and access DropBox or tap into your LAN via a server lookup (using wifi) for alternative file streaming set up on your own home network. 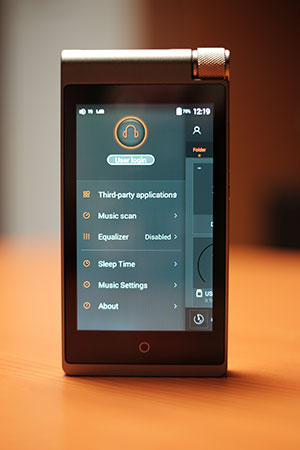 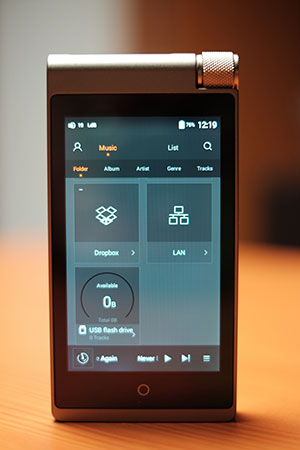 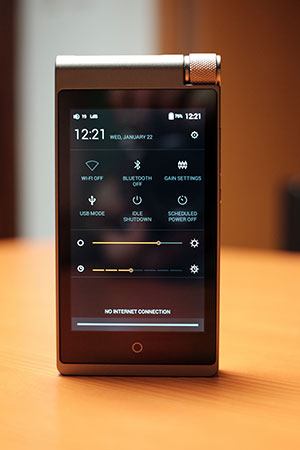 You can also pull down your notifications bar and setup your Bluetooth connections should you want to use a decent set of wireless headphones or IEMs. One thing the i5 is not short of and that is wireless cloud-based file management tools as well as local wireless connectivity. I should mention though it is a shame at this point that the BT protocol does not support aptX in the i5 which will limit the quality of the BT audio signal subtantially.

Of course, you can get all that in a standard Android platform but that presupposes you know what apps to get and how to use them. You can, of course, download HiBy Music as an app but this is the first mid-fi DAP that really gives you those features to you on a hi-res plate making it very easy indeed to just “hook up”.

Media management on the i5 follows a slightly more traditional route but there are some features that set the i5 apart from other competing DAPs. The home screen itself shows both memory capacity levels of the onboard and microSD card which is a cracking feature normally residing deep in vanilla Android settings or through a 3rd party app.

The ability to scan and update all media is a simple swipe right into the HiBy Music menu and one click brings you to a scan on all folders or specific folder. It is simple, intuitive and also pretty accurate in picking up all my compatible music files via meta tags.

The ability to browse all media is still through the traditional categories of Album, Artist, Genre, Tracks with the previously used folder exploration option (now the home screen) but instead of placing them down to a sub level they are right there at the top of the homes screen. This gives the UI workflow much more of a portal instant access experience than the previous drill down presentation of the N5 and N6. You simply swipe right and continue swiping right to access each media filter and only then do you drill down once you pull up say an artist with multiple albums or a Genre with multiple songs.

The long list is also conveniently split into two categories denoted by two clickable menu options on top of the categories; music and list. Utilizing the list option truncates the categories into favorites, frequently and recently played as well as any playlist files created on the go or loaded onto your drive. 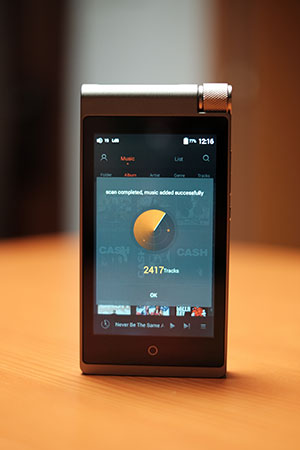 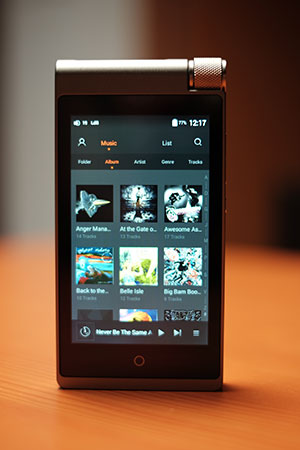 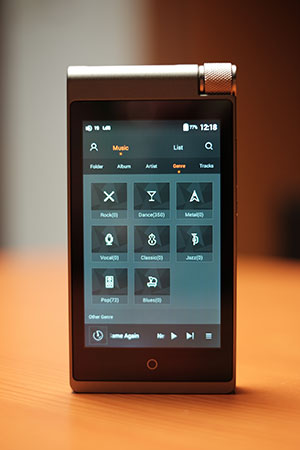 I still do fervently wish Genre had artist-album-song drill downs for better management of multiple songs or files but this is a lost song I have been singing for years so I guess it is a lost cause. There is also this oddity in the genre browsing experience with the standard icons Cayin have used on the genre screen.

Cayin has put in 8 default icons covering most mainstream genres such as rock, pop, dance, metal, jazz, classic, vocal and the blues. Great except I don’t really use many of those genres, instead I have awkward ones like New Romantic, Synth Wave etc which all get shoved into a tiny label on the bottom left called “others”. That is an easy but important label to miss when browsing. Personally, I think there should be at least one more icon in the G8 making it a more symmetrical G9 with the last one being others. Much easier than the out of sight push up drawer that’s not immediately intuitive to the user.

You can access the music settings through the left swipe onto the HiBy Music menu and then from there you can either elect to tweak the EQ either through a series of 9 presets or your own custom preset or go into music settings itself for further extensive tweaking. Within Music settings, you can tweak gain to either low or high, the familiar digital filter options from the N5, DSD gain compensation, SPDIF line out conversion format as well as default volumes, gapless and lyrics.

The option to drill down into the main settings is tucked away in the drop-down notifications bar to the top right (small cog wheel). Here you can control your Wifi, BT and USB settings as well as other useful tweaks on the date, language, power management, and screen locks. You can also carry out firmware updates via this menu. Note Cayin are now delivering OTA updates to the i5 via the system update check option. You can also download manually and update via the memory card option. 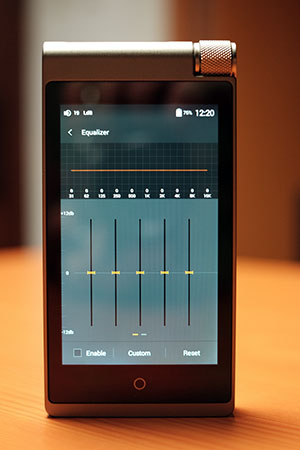 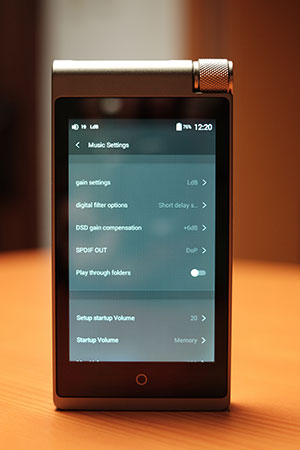 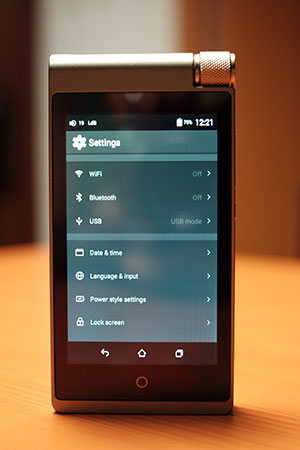 I would not term the i5 feature experience as a walled garden, more of a velvet curtain in the sense that whilst you can add additional features, they are not pushing that and most certainly they are avoiding the typical Android chat with regard to expanding the interactivity of the i5. Once you bring in 3rd party apps, much like the X7 or ZX2, you are basically moving out of normal operating parameters of the DAP in terms of battery and certified audio quality levels.