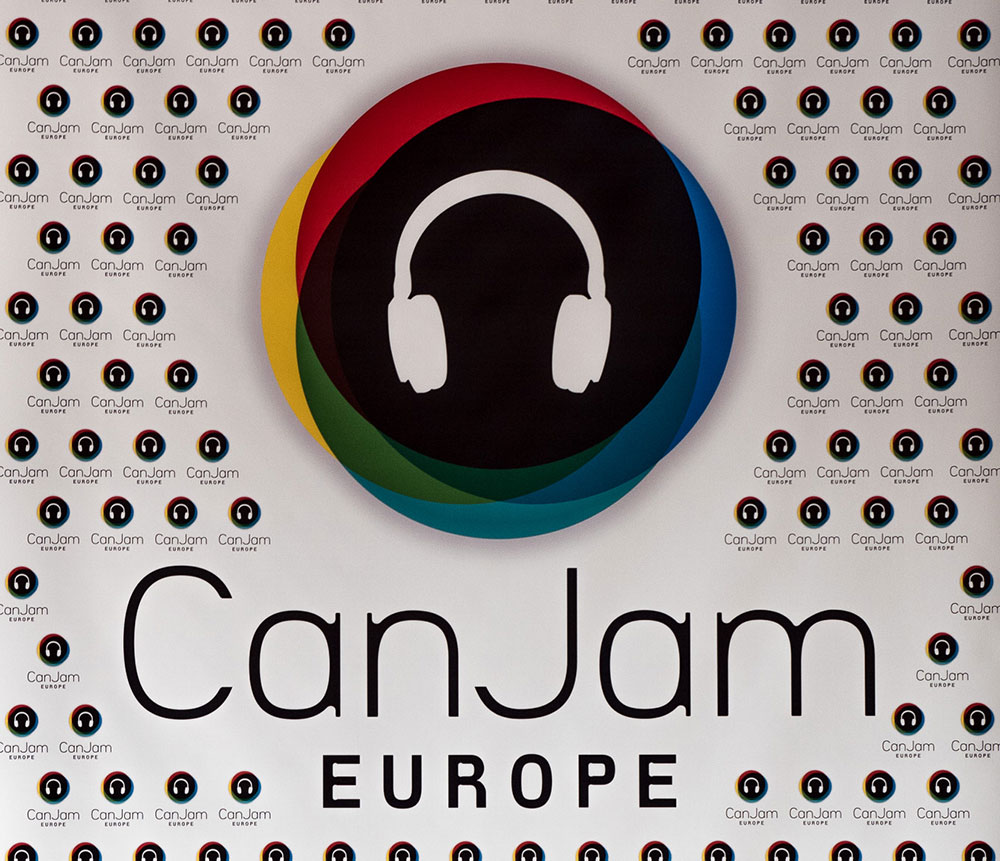 So it is the 4th year of CanJam Europe and our first as a media partner with CanJam Europe. As such we had k.e., a top lad from Germany, go down there and see what’s what with the ol‘ audio business and what’s cool for this year and beyond.

Germany’s city Essen hosted yet again Europe’s leading headphone show at the Congress Center for two days. On September 24th and 25th, visitors could look at, touch and try all kinds of amazing audio gear all around our beloved hobby that is headphones. CJE16 was the biggest event yet that Europe has seen in this regard and for me, it was the third visit already. It is just amazing to see how the show has blossomed! 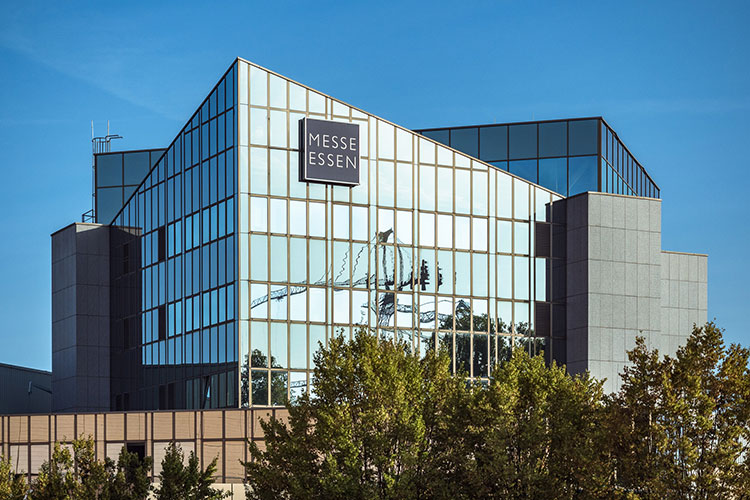 I noticed that the show has opened up a lot to international brands. I remember that the first CanJam Europe felt more like a CanJam Germany with tons of HD800 and T1 headphones laying around. Only a few tables featured brands like Audeze, HiFiMAN or Fostex. Fast forward four years to past weekend’s event and I must say that I did not expect such a variety of brands on display. It’s the closest I have come to feeling like a small boy in a sweets store for a very long time! So thanks a lot to CJE’s organization! 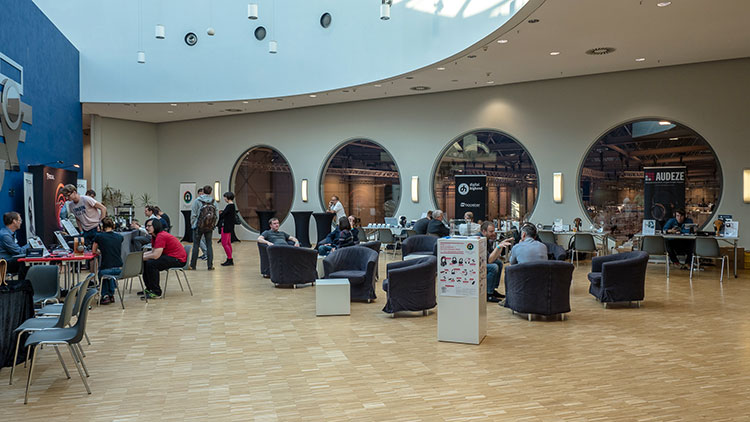 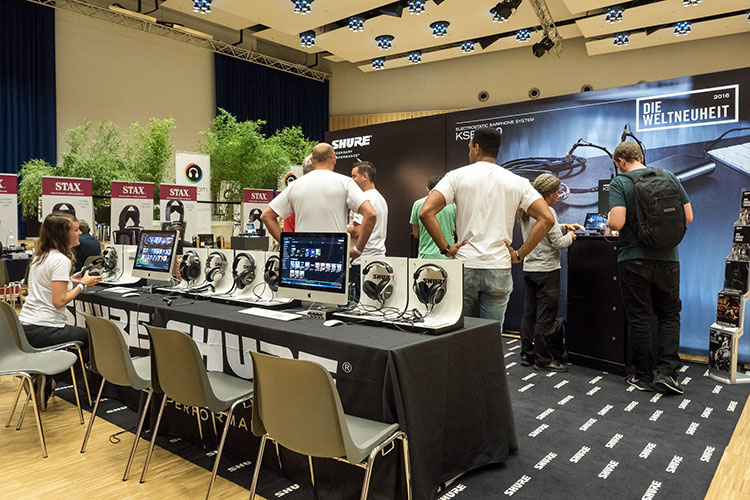 Saturday was a bit busier than Sunday but I would say that the visitor count was just right. You had to wait for a little to audit the headphone of your choice, with two exceptions given: the Focal Utopia was crazy popular and I myself didn’t even try it on after waiting twice in line and finally giving up. (I was quite satisfied with the Elear already.) Also, the 50.000 € heavy Sennheiser HE-1 had a separate booth and needed a registration for a quarter hour time limit in advance. However, that chance I did not let slip away. 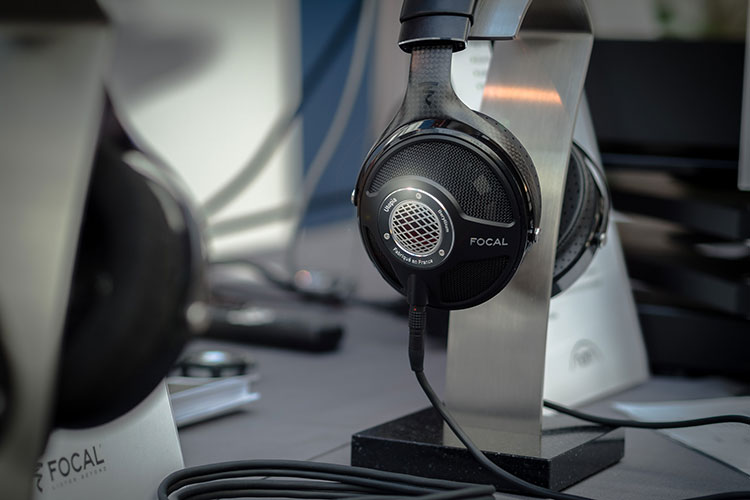 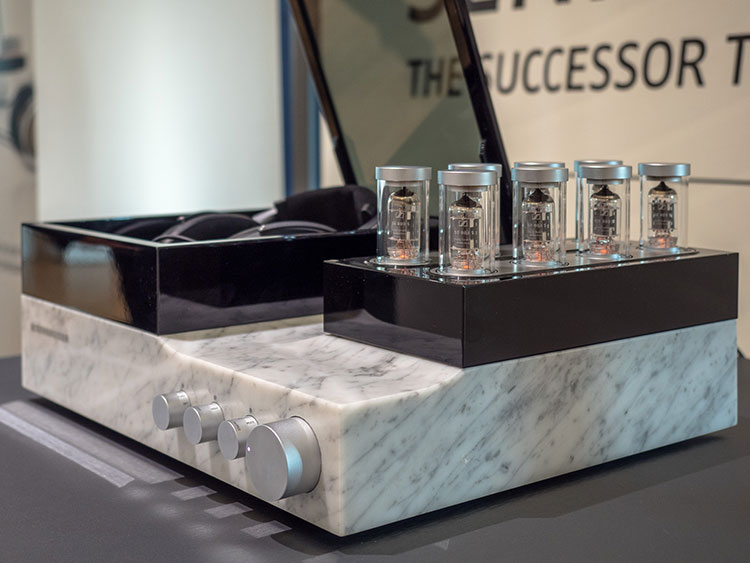 I noticed that the majority of tables were staffed with founders and product managers opposed to a marketing team. I found this to be very interesting and it meant that visitors could get some 1on1 time with the actual brains behind the product. Ever had some very specific questions about your AKG K812 or the new K872 on display? This would have been your chance for a personal interview. “How does this particular amp work different than the one on the table next to this?” With very few exceptions all exhibitors were very open to talking about their products in detail. CJE is not about booth babes but about serious hifi-ness (yes, I just made that word up) and respectful discussions about preferences. 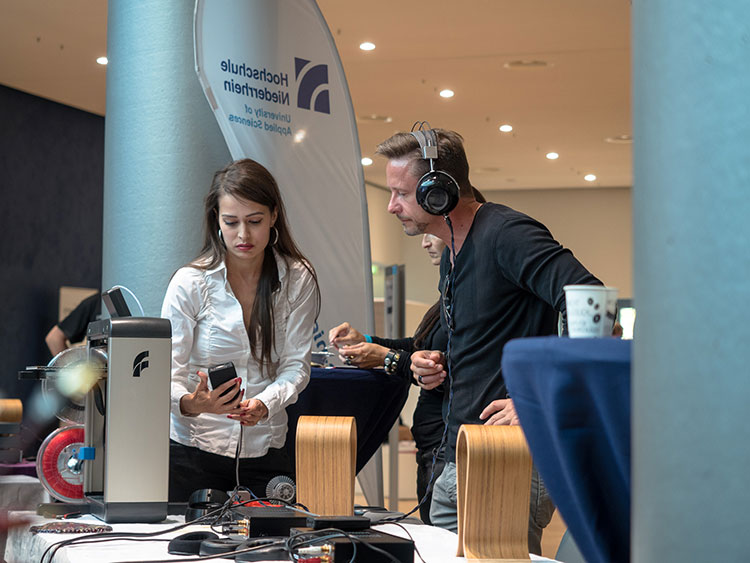 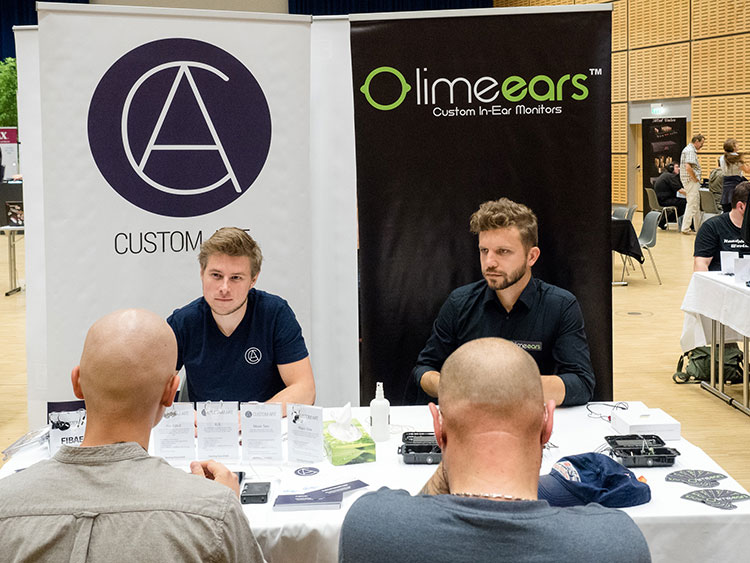 At all tables were you welcome to bring your own source or headphone. When asked about my opinion, I did not shy away from giving a brutally honest reply. (It’s in my German genes, sorry.) Even when pointing out minor flaws I would never receive the reply “well, maybe your source is not good enough”. This led to an incredibly friendly and overall welcoming atmosphere. The sense of community was simply very strong and it felt just great to be part of it. 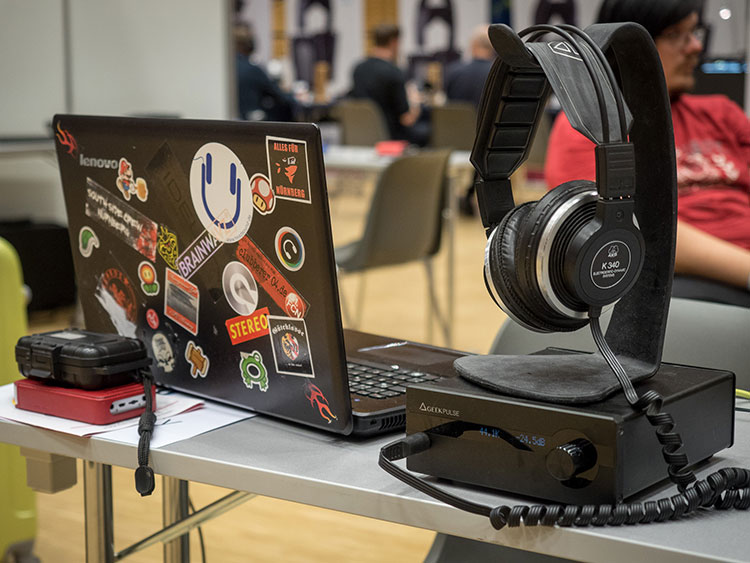 To push this even further, right in the middle of the largest hall (fittingly named Europe) you could find the community area. This place was dedicated to all audiophile visitors that wanted to show off their own products (bought or built) or to meet friends from various online platforms. Somehow some very interesting prototypes found their way into the area as well. ;)

I also believe that this year had more customized in-ear monitors than ever, which just shows how the market is growing and – after a slow start – finally becomes a major part for audiophiles in Europe. 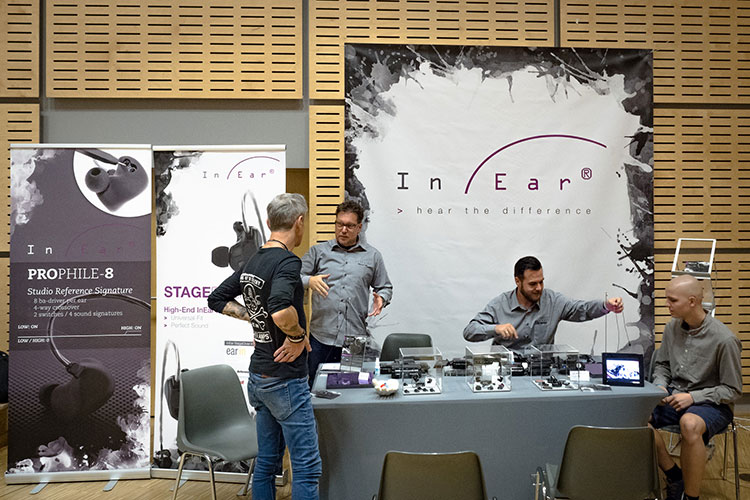 The company behind the successful StageDiver series, InEar, presented a world premiere: the ProPhile-8, the beginning of a new professional high-end series and quite possibly one of the best in-ears I have ever heard.

It did have tough competition by the newly released Shure KSE1500 electrostatic earphone design, Astell&Kern’s cooperation with Beyerdynamic (T8iE Mark II), rhines custom’s first ever universal “Rhines 7” (identical to Stage 7 custom but shockingly small), Ultimate Ears’ Reference Remaster and many more. I have to admit that two days wouldn’t even suffice to listen to all in-ears alone and I hope you might excuse me if a product was not mentioned just now. 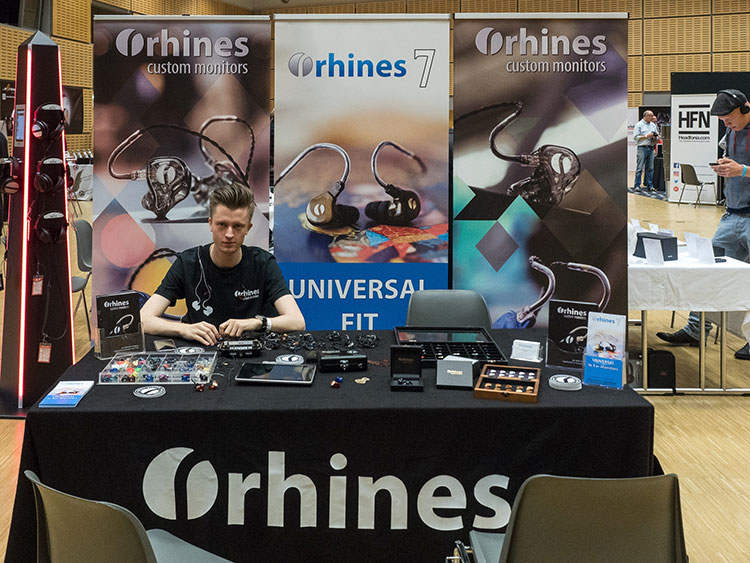 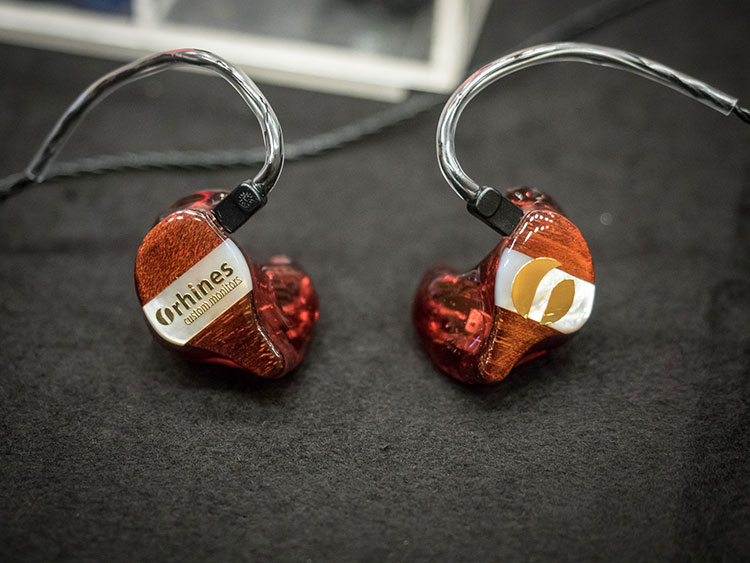 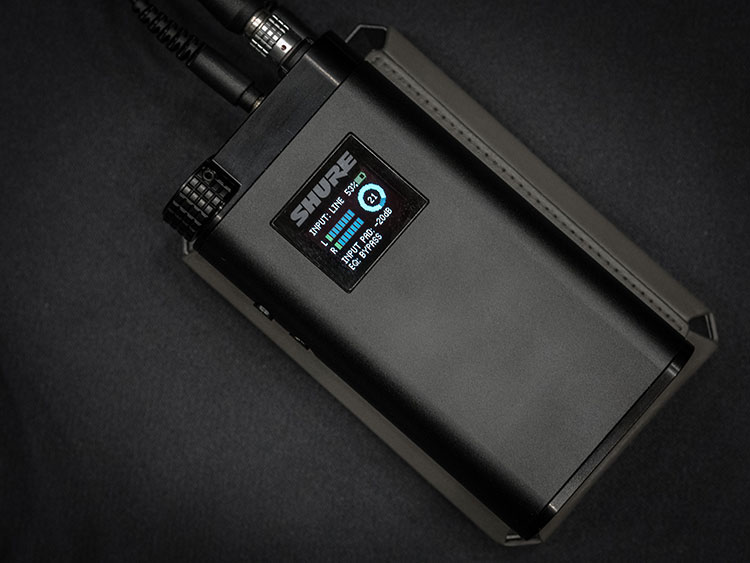 Labkable is the first manufacturer at the show to only show off upgrade cables, I believe. Room’s was dedicated to offering headphone stands only. 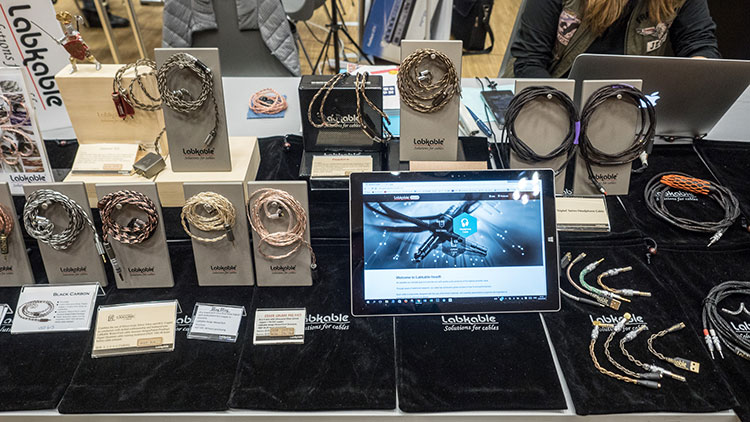 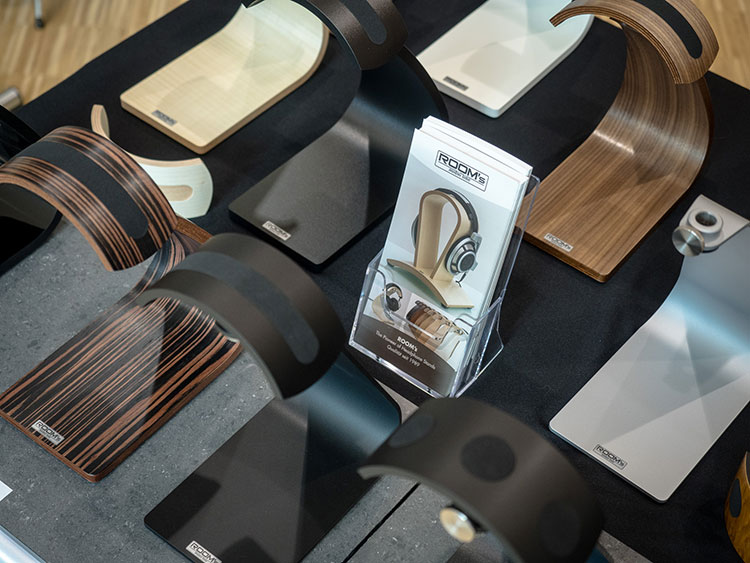 Finally, one table did not even try to sell anything. Born from a university project, a mostly 3d printed open headphone sounded good enough to warrant a display and detailed listening. The diversity this year was just breathtaking.

Now with the iPhone 7 being released (which I could not find at the show for obvious reasons) Bluetooth is becoming more important. While being under-represented, consumer products were shown as well. I did have the impression that the Erato Apollo 7 drew less attention due to their similarity to Apple’s AirPods, but it seemed that 1more had a rather busy table showing off low-priced but high build quality products aimed at consumers, including the very comfortable MK802 Bluetooth headphones.

While I find it hard to put the KEF M400 into the same category, it does just look too fashionable when compared to other audiophile products but sonically I found it to match the very popular M500. Surprisingly Philips were nowhere to be found, had they been present at previous CJE shows. I hope the Fidelio line will re-emerge in the future.

To conclude, I believe CanJam Europe 2016 was a big success and had its strongest year yet! CJE welcomes casual visitors and pleases the hardcore audiophiles at the same time. 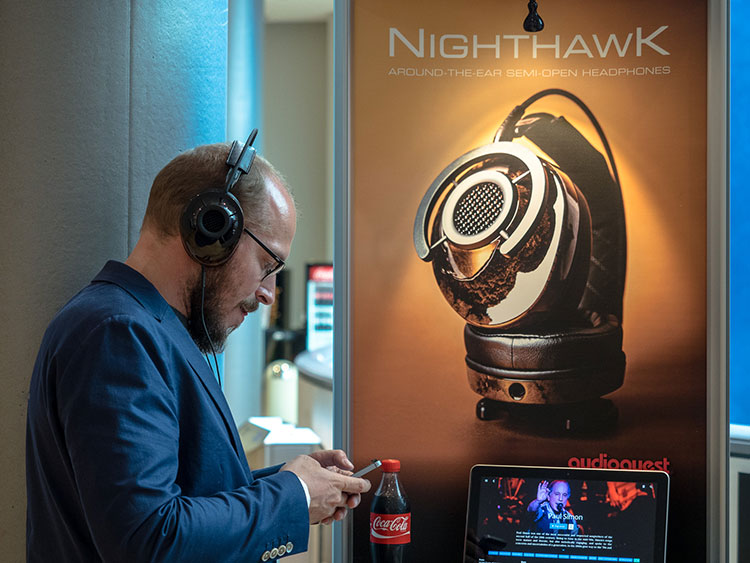 As we write also CanJam Europe 2016 just release a list of award winners for this year’s festival.

Visitors of CanJam Europe on Sept. 24th and 25th have picked their favorite products in six categories of the Best of Show Award. They had to choose between over 1,000 headphones, audio players, amps and accessories that more than 100 brands exhibited at the headphone show at the Congress Centrum West in Essen, Germany.

A small surprise in the home headphone category: The Utopia headphone of French loudspeaker manufacturer Focal tied Sennheiser’s new Orpheus HE1, the world’s most expensive headphone. But the Orpheus clearly dominated the category “Best of Show overall”. 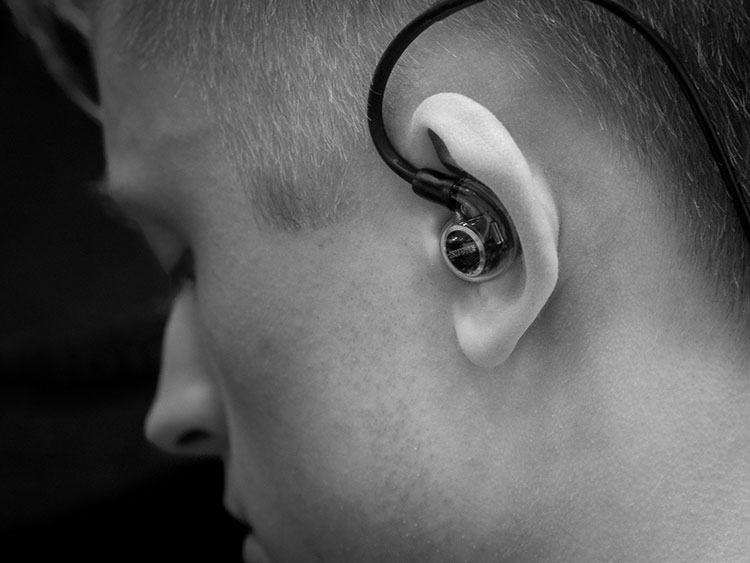 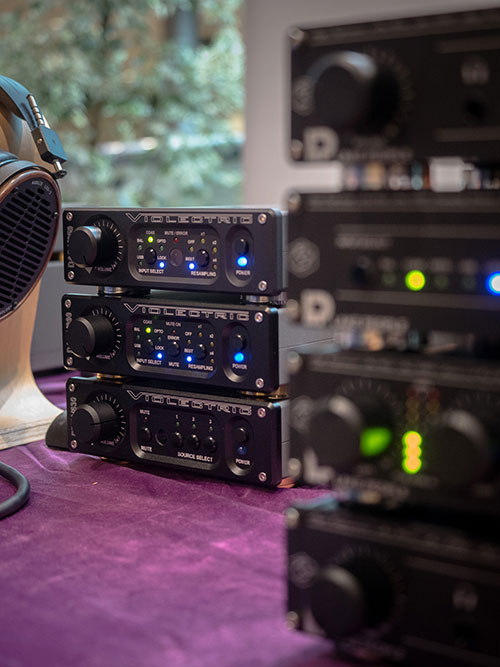 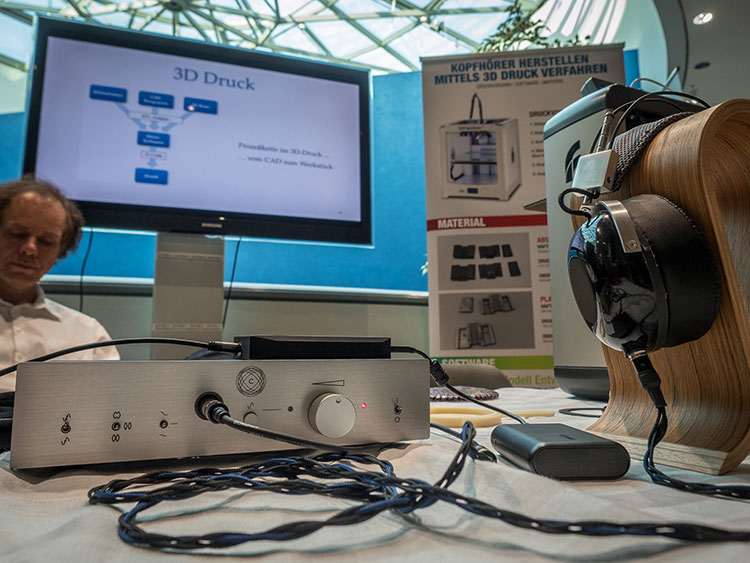 Approximately 1,000 visitors tried out gear from more than 110 brands at the show’s nearly 80 show tables. Visitors came from all over Europe and beyond: Germany, Austria and Switzerland as well as Benelux countries and Scandinavia, Poland, Czech Republic and Russia, Italy, Spain, France or the UK. Even visitors from Hongkong, China and Japan made CanJam Europe a truly global event.

In addition to World and European premieres, the community area was one of the highlights of CanJam Europe 2016. Headphone enthusiasts from all over the world met to talk shop and show off modded and DIY gear.

Preparations for CanJam Europe 2017 are already underway, the first exhibitors have already signed up for the event.

CanJam Europe is Europe’s leading headphone show and combines the variety of a trade show and the spirit of a community event. 2016 is the fourth year of the show, which is aimed at consumers, pro audio users and trade visitors interested in high-quality headphones and accessories. The CanJam Europe is hosted at Congress Center West of Messe Essen, Germany.