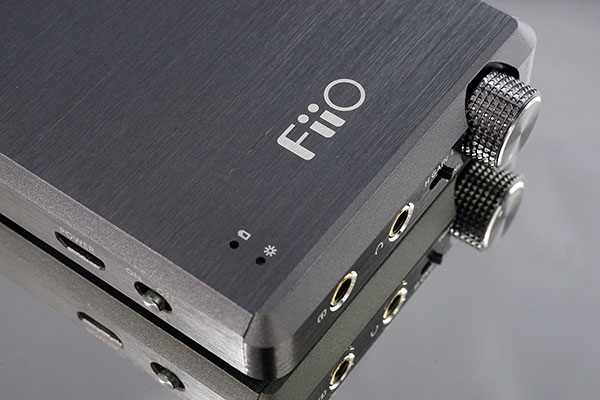 FiiO have been very busy in 2014 revising and modernizing their lineup of amps and DAC’s on top of rolling out their new X1 and X5 DAPs. They have always struck me as keen to listen to feedback from their customer base and have been tapping into various comments specifically from the recent E12DIY user experience. The E12DIY was a special limited run of the standard E12 portable power amp with swappable Opamps and a range of buffers to allow those who like to roll and tweak. Something similar to what Ibasso did before with the PB2 only on a much more budget conscious level.

Well out of that rather interesting little phase and on the back of sustained commentary from customers FiiO decided to fiddle also with the E12 opamp and buffer mix and match also. Taking the high regarded MUSE02 opamp and combining it with the existing LME49600 buffer from the E12DIY they came up with brand new version of the E12 called the E12a. The E12a is FiiO’s answer to the feedback that the E12 was not cutting it for IEM users and that basically things were too noisy and didn’t offer too much finesse and control for low sensitivity cans and IEM’s. As such after a few weeks testing I am inclined to actually think the E12a has been quite successful in addressing that feedback but be warned, this is not radically different amp tonally.

Out of the box the FiiO e12a has more in common with the E12DIY edition’s looks than the older E12. It is still the same overall form factor and physical dimension as the E12 measuring in at 124×65.5×14.5(mm) however the features and some of the layout configuration of the E12a straddle in-between both iterations of the E12. Starting off the E12a color is a mix of the pure black shell of the E12 stock and the brighter silver finish of the E12DIY, more of a gunmetal type finish which I really dig given the long, very long, line of black FiiO products I have received over the years. Cayin came out with the gorgeous retro Champagne finish so something that is not black from FiiO? Thank you very much! The E12DIY’s casing, though similar in looks, was setup more for the DIY enthusiast in mind. Instead of the stock unibody encasing of the stock E12, the E12DIY has a removable rear plate to allow the shell to slide back to get access to those yummy opamps and buffers. The E12a on the other hand is a return to the unibody E12 shell given the opamps and are fixed along with the buffer this time this is entirely logical.

Another set of changes to the E12a from the E12 stock is the switch to the E12DIY positioning for the charging and blue power led light configuration. On the stock E12 the lights where positioned in-between the headphone jack and the volume pot. On the E12a, much like the DIY version they sit on the top left of the E12a case out of the way a bit to allow for the gain control (high/low – left/right) to sit between the headphone jack and volume pot. On the E12 the gain switch is horribly recessed on the right hand side whereas now it’s much more accessible and slightly raised for slightly easier access. 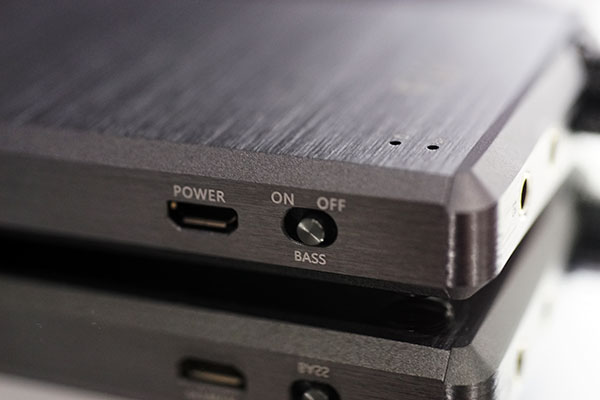 Gone also on the E12a is the crossfeed switch from the stock E12 which was right beside the gain switch and also needlessly recessed. I know some who love crossfeed and will be sad to see this go but honestly its not a top priority for something like an E12a. Unlike the E12DIY the E12a retains the bass boost switch of the original E12 also on the left side beside the power socket. The power socket is still the same micro adaptor fitting which allow it to charge from any 5v USB or plug socket with USB fitting. Both back plates of the E12 and E12a are flush with no sockets. 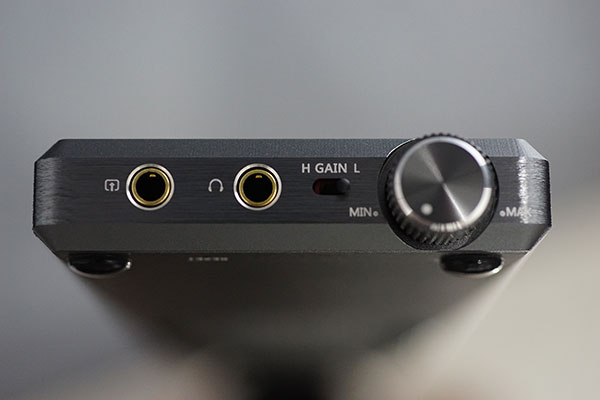 On the front as mentioned the E12a has that gain switch now straddling the headphone jack and the volume pot instead of the LED lights of the E12 but apart from that no other visual changes to note. One major physical change though that is not apparent from looks alone is significant difference in resistance levels when turning the E12a volume pot over the older stiffer E12 volume pot. I understand the E12 volume pot stiffness was due to the fear of accidentally throwing up the volume when on the go and blowing out your ears. Fair enough but it was simply too heavy handed and often required concerted pressure to get it to the level you want. In short it wasn’t a terribly pleasurable experience. The E12a pot is all together much more pliant and easier to manage now but with just enough resistance to prevent any unfortunate accidents.

Under the Hood – the Noise floors

Inside the E12a is where the fundamental changes have been made. When the E12 stock first came out it was billed as FiiO’s ‘budget portable amp’ answer to the planar power game which was being played by almost every amp maker into headphones in 2013. Up until that point FiiO’s amps were good but didn’t really cut it for use with the likes of an Audeze or Hifiman Planar. Packing a combination of an OPA1611 and the LME49600 buffer the E12 boasted just shy of 1W and 22v in portable power and presented a nice warm to neutral sounding weighted tonality that was easy enough on the ear without ever threatening the top tier portable amps in terms of resolution and clarity.

However the E12 was not the best sounding amp with more sensitive earphones and headphones exhibiting a high noise floor or background hiss, as well as a lack of control over general volume levels given its levels of power. Learning from the DIY community with the E12DIY kit FiiO has changed the internals now to a MUSE02 opamp and the existing LME49600 buffer lowering the output power by around 50% to make it more accessible to IEM users in terms of control and noise. The resulting mix of opamps and buffers has produced a remarkably more refined sounding amp for IEM’s – more so for BA setups than dynamic drivers but the difference in all IEM’s I tried was very noticeable. The noise floor dropped considerably with the Westone W4 and the Heir Audio 8.0 probably benefitting most from the lower noise levels with dynamic units such as the T10i having ever so slightly less noticeable noise level differences.

The E12a’s much lower output (power) levels as well as a loosened volume pot is a joy to use for IEM’s also. The E12 is kind of ok with volume control but you hit the roof of what your ear can take much quicker with the stock unit whilst the E12a has far superior channel balance control at lower levels and far better ‘micro-control’ of the volume all the way up to around 1-2pm on low gain before things get a bit too loud whereas the E12 topped out at 11am. With both being analog amps you can adjust and vary the control on both amps via your line out or headphone jack out on the DAP of your choice to get the volume balance of your choice relatively easily. On the DX90 set at around 190-200 I could set the E12 at 11am on the pot and 1pm on the E12a to get exactly the same levels of volume (to my ears).