The difference in tonality between the E12 and the E12a is not night and day. In short if you are buying the E12a hoping to get away from the tonal presentation of the E12 then you might be disappointed. That is not to say there are not differences because there is but it’s not a radically different amp in that respect. Both the E12 and the E12a still exhibit a warm to neutral tonality without any peaky spikes and still with a slight bias to the lower mids and bass response only far less so in the E12a. The difference though between the both is in where the emphasis actually is in the frequency response combined with the lower noise levels of the E12a.

The E12a’a MUSE02 still favors a slightly weighted low end but compared to the E12 the E12a low end is much more discreet and less in your face. The bass response on the E12a is toned down considerably without losing any sense of depth or slam whereas compared to the E12 using IEM’s the bass response is perhaps a little too dominant coloring the presentation and squeezing out the mids in favor of mid-bass slam and low end power. With the E12a the bass response feels tighter, a little bit less present and less boomy. It still extends impressively but doesn’t have the same mid-bass elevation as the E12a producing what I feel to be a more coherent low end presentation suitable for a wider range of genres and of course IEM’s.

The E12a better tonal balance makes it a much more versatile amp than the E12 for midrange performance. That more focused but tamed down bass tuning of the E12a really allows the mid section of the E12a to come to the fore especially for vocals. The E12a’s mids are slightly more forward with far better presence and a sense of needed space for vocal performance to take center stage whereas the E12 which came off as being a bit flat or recessed due to the elevated bass response at times overpowering the mids.

The E12a also has a slightly more forward treble range over the stock E12 with a bit more extension and articulation without ever being peaky or bright. It not overly colored or rolled off but it’s still not as transparent or as articulate as say a JDS Labs 02. Overall it’s a pleasing improvement over the E12 more muted top end performance and brings a better sense of finesse and control as well as increased dynamics when used with various IEMs.

Of course the proof is in the pudding so we hooked up some test systems and put a range of IEM’s in with the DX90, the E12 and E12a using the FiiO HS2 for some quick comparison on the fly. Initially the results made me feel there was not a huge level of differences in both units when the volumes where equalized from the source and the amps. I was initially going to write the review as some slight and welcome changes but nothing radical.

However after giving the E12a amp some time to burn in as well as upgrading the DX90 to the latest official firmware the differences were much more noticeable, especially with BA IEM’s which seem more sensitive to the changes in the E12a from the stock E12. Those changes followed a distinct pattern for all the IEM’s I tested with the relatively tighter and leaner bass response of the E12a being far more agreeable on most IEM’s and a much greater sense of space and presence in the mids and treble performance.

For instance the RHA T10i is a single dynamic IEM with a tilt towards a warm bass bias consumer presentation and a range of filters. Bass response using the stock E12 was at times overpowering even with the treble filter but switching to the E12a the bass became is far more coherent, exhibiting far less mid bass slam than the e12 and a more refined spacious mid section. The T10i also exhibited a more forward lower treble and more presence on the vocals range without ever being too harsh or grainy.

Switching to the Dita’s single dynamic driver “The Answer” the most the reduction in noise level was more noticeable with the E12a. This was the main highlight for me when testing the Dita. The tonal differences are slightly less noticeable than with the UE900 and T10i. Megadeth’s “Symphony of destruction” seems to convey the same weight and sense of scale between both units. 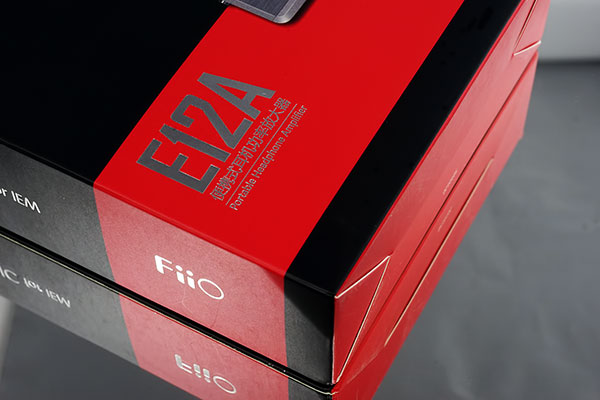 The quad BA UE900 has a brighter treble response than the RHA T10i, but both the E12 and E12a sounded tonally more similar with the less efficient UE900 when set at equal listening levels using a DX90 setup. I actually found with EDM the E12’s slightly less dynamic top end suited the UE900 by a hairs whisker on some Madonna “Confessions on a dance floor” tracks. On other tracks such as Major Laser’s “Your no good” the E12a more balanced tuning and spacious midrange suited the ‘rat a tat’ male rap vocal delivery intermixed with the delicate lower treble female vocals interludes. The bass is heavy but the slightly lower mid bass slam of the E12a played out more favorably on the E12a than the slightly weightier E12 bass response. The E12a’s lower noise floor also was far more noticeable using the UE900.

The higher noise floor and background of the E12 was most noticeable using the Westone 4. There was even a slight but audible ringing tone in the right channel during interludes and in-between tracks. With the Westone 4 the bass is noticeably less dominant on the E12a than the E12. Both amps sounded furthest apart tonally using the Westone W4’s. The mids are pushed forward, the bass is pushed back and there is an added sparkle and presence for vocals. The E12a sort of lifts a little veil that the E12 puts on the W4. Tracks such as John Mayer’s “Heartbreak Warfare” from his 2009 Battle Studies album has this lingering bass line that feels so much more prominent on the E12 than the E12a which prefers to focus more on the midrange and John’s vocal’s clearly benefit as a result.

It must be a BA thing because with the Heir Audio 8.0 8 driver BA the audible background noise is much more noticeable also with the E12. It too follows the same route as the other IEM’s with greater emphasis on the bass to the detriment of the vocals and midrange. The E12a is starting to show its colors after prolonged listening with again a much leaner more neutral bass and more space and presence for the mids and treble performance.

Background noise is a less noticeable with the Mi-Pro with the E12 but it still displays a bass dominant signature over the more balanced E12a. Manowar’s “The Lord of Steels” huge bass chugging intro sounds way too overpowering with the E12 and the Mi Pro Artist. The E12a pulls it back nicely as it can tend to get just a little too muddy without that leaner bass and adds a bit more top end dynamics. The Mi-Pro Artist is a much more intimate experience than the Heir Audio 8.0 so excessive coloration, particularly in the bass performance has a tendency to make everything feel a bit congested and muddy despite its stellar mid-performance.

There is much to be said about how the E12DIY edition shaped FiiO’s understanding of the needs of IEM’s users and what makes for a more refined and pleasurable sound. The addition of the MUSE02 chip is a very welcome tweak to their lineup of amps, particularly so when there is a ton of fake MUSE02’s online for sale making the DIY edition such as risky proposition for those looking for the MUSE02 alone. For the casual user, the budget enthusiast and the cheap audiophile the E12a really is a much better choice than the E12 for earphones, IEM’s and generally highly sensitive headphones.

I must caution you though do not expect a totally different sounding amp. The core tonality of the E12 is still there and in some cases, you might not initially appreciate the difference on low sensitivity earphones or cans. Do not buy the E12a if you want a different sound, but a different amp if that is your need. Otherwise, the tuning down of the bass, the increased sense of space and presence on the mids and vocals as well as the slightly more forward treble performance and extension really suits my listening style and preferences.

Price wise there is small premium over the older E12 but nothing heavy, maybe around $30 at the most and it is a much higher step up than the darker, more closed in sounding E11K. The old adage of you get what you pay for might be a bit of an underestimation of the E12a sense of value compared to higher end amps but in reality, the E11k is cheaper for a reason and my money is on the E12a if I had a choice. 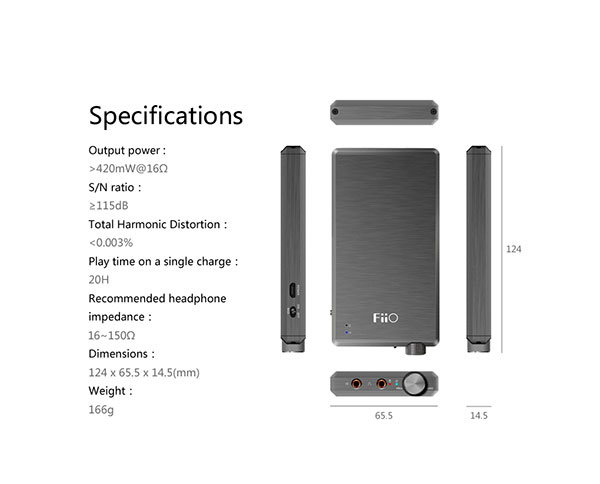