Tonally the Companion One is relatively neutral and very natural sounding with a response that I found to be much more musical than analytical.

Bass weight and definition is a strong point but in a more composed and articulate manner than all-out slamming bass head style. There is a nice fullness to its sound with good detail and extension but staying decidedly coherent rather than overpowering. It brings just the right amount of weight to the table without being accused of being overly colored or too heavy. The fuller sounding low to mid-range keeps that musical signature ticking along nicely whilst the relatively short decay stops everything from getting muddy or boomy when pushed.

The midrange continues in the same vein being relatively smooth and open with a very nice sense of control. Vocal presence is clear and grain free and lacking in any harshness or brittle tones. Running the One through quite a lot of challenging female vocals tracks and sibilance control was admirable indeed. I couldn’t get Diana Krall to pillow talk me once with a single “ssss”. The Companion One took a sensible approach to treble performance aiming for a balance between smoothed out long-term listening and articulation and clarity. It’s got enough detail and articulation to make it a very flexible ‘companion’ to most modern pop, rock, and indie genres with the right match. I wouldn’t go as far as to say it is a laid back smooth treble but it wasn’t terribly invasive, tizzy or unnatural. Glad to say no noticeable ‘Sabre glare”.

When switching to wireless playback there is a tiny bit of lag using Sony DLNA on my Sony Z Ultra and their ‘Throw’ connectivity. Not by much though, we are talking less than a second which is highly commendable (AP mode direct wifi connection used rather than Client mode). I must warn you that it tends to gum up the Walkman app a bit if you are bit control happy. I suggest to connect with the Companion One first, breathe for a few seconds, then play your song of choice or else you could be caught in an endless loading loop forcing you to have to exit and reconnect to the One. Of course I could be a complete IT noob here with a phone that simply doesn’t like the Companion One and yes it is rather all new to me but the success of something like the One should really be in the ease of use for one of its major features. DLNA on Android right now comes up a bit short to really sell the One to the masses.

Using the One in AP mode with the iPad via Airplay was much easier to set up compared to DLNA but with a tiny bit more lag (talking nano seconds difference) than using DLNA. Rapid control on the playback of the iPad was a bit hit and miss in terms of getting an instant response but nothing like the hanging like the Sony DLNA setup. Volume can lag a little when moving it up and down so be careful to move it cautiously to the level you think you will be comfortable rather than go up until it responds because trust me you will go a bit further than you like (yup been there, done that, bought the t shirt). Otherwise its really plain sailing from there and much more enjoyable experience on iOS for casual pick and go use.

When everything works on both DLNA and Airplay it sounds head and shoulders above anything aptX or Kleer can provide with a far more expansive and detailed performance than the Creative E5 can produce. It still retains that natural free flowing sound, possibly a little smoother but very listenable and non fatiguing. Definitely a much more credible reproduction than wired mass market OTG stalwarts such as the cheaper D Zero MK2 from the Ibasso and the FiiO E18 or the BT aptX enabled Creative E5 . 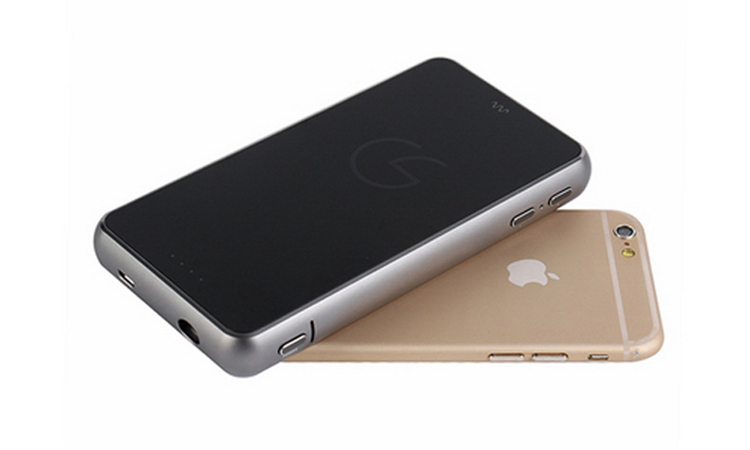 The Companion One is rated to work with both IEM’s and cans up to 300ohms however it also has no issues with some planars that I hadn’t really expected it to push with any conviction such as the Alpha Primes and the HE400i. The Primes in particular, via Foobar out of the Companion One headphone jack, came across as clear and responsive with only a slight diminution to its famed dynamics and imaging when driven with something more powerful. The Primes still responded quite well to all the EQ tweaks I like playing with on the Primes especially on the 55HZ setting giving a satisfyingly deep if somewhat polite bass extension. The treble was very well behaved also with very little harshness and unwanted sibilance.

Whilst doing a decent job powering the Primes on high gain setting the One seemed more at ease and able to stretch its legs with more lower impedance cans such as the NAD HP-50 which sounded more aggressive and engaging with excellent bass weight (a dynamic trait that can also be found in the DX90 with the same DAC). That is something indeed given the HP50’s normally flat tuned and linear sounding signature. The match had certain likeability and a definite musicality and pace which makes this a solid match for hard rock/AOR. Vocals are clear, sibilant free and treble once again has little or no peakiness. That little added bit of bass weight and slightly thicker lower mids make it just right for solid rhythm and bass guitar work. Check out Lana Lane’s organ driven solo from Gemini’s “You can never go home” – excellent low end definition and a speedy mid section that sounds convincing and downright fun. Nap HP50 and fun.. an oxymoron that I am heartily engaging in.

IEM’s that I normally use during testing such as the VE6x, Westone 4, the FAD Heaven VIII all performed excellently on low gain with a noise free and black background. Noise floors were low and volume control was precise with no perceptible channel imbalance at low listening levels. The relatively natural tones of the One really matched well with the clear and clean Heaven VIII and especially the expansive VE6X. The slight lack of treble extension or spark on the One though didn’t appeal as much with the less airy Westone 4. My best pairings where with IEM’s that had excelled in clarity and control but didn’t come across as inherently bright or thin.

Other convergence devices out there?

Whilst the Creative E5 is an awesome budget do it all DAC/AMP but it can’t hold a candle sonically to the smoother and more natural sounding Companion One. The E5 sounds relatively unnatural, particularly in the treble response which has far more sizzle and harder to match with than the more natural sounding Companion One. Whilst Bluetooth aptX is really the cutting edge now for wireless BT audio signals it still sounds relatively muted and lacking in detail compared to the One’s higher resolution 24/192 wifi streaming capability. The One also sounded more accurate tonally and comfortable performed with large headphones such as the Prime and HE400i even though the E5 is actually rated a bit higher at 600ohms than the One’s 300ohm impendence ceiling.

The Aurender Flow is double the price and as a desktop DAC/AMP solution it superior in the fine detail and dexterity especially in a treble response which has a superior extension but it can sound slightly more analytical and precise and less musical than the Companion One. Of course, it doesn’t possess any wireless connectivity whatsoever nevermind wifi streaming and looks huge when sitting side by side the more svelte and portable One. It also has a few hours less in battery life and is a right bugger to pair and walk around with mobile phones or high-end DAP’s give its “flowing” curvy form factor. In terms of resolution and the absolute finest in clarity, I would go still with the Flow but it’s not the complete ‘on the go’ package like the One.

The Companion One right now is probably the most convergent of convergence devices out there that makes a serious attempt at targeting audiophiles over gadget freaks. It is the only one right now I can think of that is capable of doing so much and as such the value for money in today’s ‘do it all’ fussy media market is actually rather good at $595. The fact you can run it out of a Mac, PC, iOS or Android wired is already a big advantage but to throw in wireless at a high-resolution capability is a definite edge for now. The direct wireless mode sounds superior to any aptX or Kleer device that I have heard to date and is half the price of the admittedly awesome Flow.

I do have to point out though that the wireless functionality does require a degree of understanding and patience and may not be for everyone if Apple is not your bag. DNLA is an uneven experience and with Sony, it could stall, loop and reconnect at any time. I do hope Celsus can get a comprehensive chart of Android compatibility on the site just to manage expectations for the huge Android market out there that could be convinced. Thankfully with Apple’s iOS (IPad), using Airplay, the Companion One is rather idiot proof and setup takes all of about 2 seconds and you are good to go. Anyone with a compatible iPad, iPhone etc will have thought this is all too easy.

Jason might just be onto something here, to be honest. Just about everyone I can think of can technically use this device right now on one or more of whatever source gadget they currently have and can get a step up in sound quality right away. It is indeed ahead of the curve in many ways but in today’s “ponoarized” debate that is also a curve without a clear ending. The endless mainstream debate on why you need hi-res could end up derailing a device like this from being the blueprint or showcase for how IT and hi-res audio on the go can really work. The Creative E5 is one direction, it’s cheap, it’s got lots of bells and whistles and sounds ok wired or wireless. It is also dead easy to set up for all functions. The One is heading in the same direction as the E5 but on a much higher level. A level that as an audiophile I personally really enjoyed even though I read the manual a bit too much for my own manly pride.