The StereoPravda SPearphone SB-7 is a unique parallel 7 BA-driver designed IEM from Russia and priced at $3000.

Disclaimer: The StereoPravda SPearphone SB-7 sent to us for the purposes of this review is a sample and does not have to be returned. Thank you to StereoPravda and Misha for giving us this opportunity.

You can read more about StereoPravda reviews on Headfonics here.

The SPearphone SB-7 IEM from StereoPravda is, without doubt, the strangest and yet the most exciting IEM I have tried in 2017.

If you have come across the name of “Big Misha” before then you might understand why there is such a huge undercurrent of interest in this almost outlier looking earphone.

Misha Kucherenko, to give him his formal name, is the owner of StereoPravda located in south-central Moscow, Russia. Before that, he has been one of the original hi-fi dealership drivers in the region dating back to around 1993 with his popular store, “The Purple Legion”.

If the brand was credible, the Purple Legion sold it. Big names such as Grado, Kimber cable, and MSB to name but a few all worked with Big Misha.

Big Misha is also well known as pretty much your typical hardcore audiophile and has written for a ton of top-quality national and international magazines over the last 20 years with his own, sometimes unconventional opinion on the direction the world of audio is going.

He also loves to visit all the big audio shows. You cannot miss him, he is a pretty big guy with an even bigger personality. He is not called “Big Misha” for nothing you know.

The SB-7 is StereoPravda’s flagship 7-balanced armature driver IEM. However, it does not look like any standard BA built IEM I have tested before. Instead of grouping the drivers in a typical ear shell configuration Misha has instead lined them up along the same axis in a cross-over free design.

Quite apart from making it look like the audio gear equivalent of a hot tamale the SB-7 is actually designed to fit around your ear canal’s second bend, hence the moniker “SB”.

The pitch here is that traditional designs do not get anywhere the key areas in your ear canal that are most sensitive to sound vibrations. They traditionally sit outside your ear and inject sound via the nozzle and tubes into the ear canal. Even wide single bore or tubeless CIEMS still house the drivers outside your ear.

These key areas in your ear canal are just beyond the second bend and thus Misha felt the best design should, as much as possible, be in direct view of the eardrum. The only way to achieve that was to create that single axis design that allows him to create a special shell thin enough to mimic the diameters of your typical ear canal and basically fit.

The flagship SB-7 is actually part of a wider range of StereoPravda IEMs and other audio gear he has recently released to the market.

Below the SB-7 you have a 3 and 5-driver version which looks much the same as the SB-7 and called the SB-3 and SB-5. These were brought in to appeal to those who wanted a flavor of the sound but at a cheaper price point. They should also be more physically more comfortable (shorter due to fewer drivers) in the ear than the SB-7.

The price point is really geared to high-end purists with the starting price of $1250 for the 3-driver SB-3 up to $3000 for the SB-7. This is not a casual pick up and play product.

Though technically the same, the higher-priced SB-7A comes with a different set of mini-XLR leads that connect to one of his specialty amps, the StereoPravda DACCA. I hear that brings thing so a whole new level but will set you back $6000 for the amp alone. 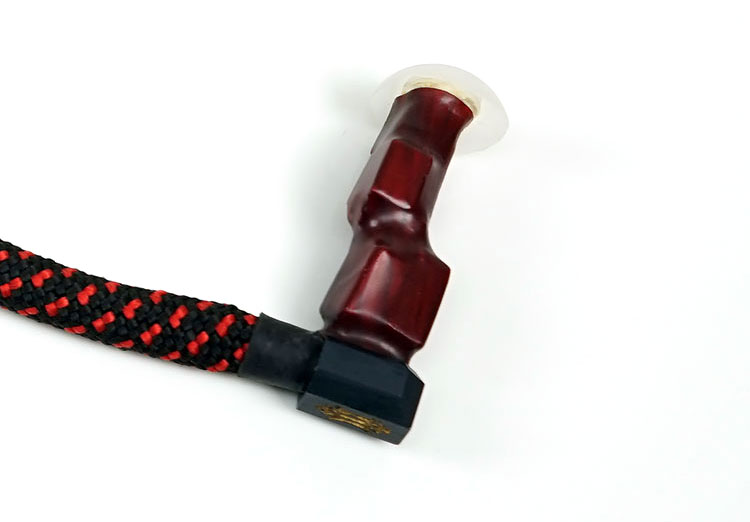 The SB-7 does not actually use a traditional shell so the classic design is out the window. Instead, the single-axis 7-BA design is encased in a very tight polymer skin. The shape and bulges you see are in fact the drivers themselves and the polymer shell forming around the square edges. The SB-7 is also non-detachable and hooked up to possibly the largest and most extravagant IEM cable I have ever used.

The body design has a slight ‘shift’ in alignment so all 7 drivers are not exactly in a straight line despite being on the same axis. That slight shift is to mimic the ear canals’ slight curvature and offer a more accurate fit and deeper fit.

Something to note also is the minimal use of internal crossover designs and it is a big contributor to the tonality of the SB-7. StereoPravda does use a dual driver from Knowles but the rest of the design is actually a little different in their use of Ferrofluid drivers (FED) all connected with high-end Vishay resistors rather than elaborate crossovers.

The alignment has two BA at the rear for bass delivery and 5 mids and high drivers beyond the shift in the polymer design close to the tip. The driver closest to the tip is tubeless and full range. The all the rest of the drivers have their own tubing. The two unique driver clusters, front and rear, are matched by the Vishay resistors according to the load of each driver. 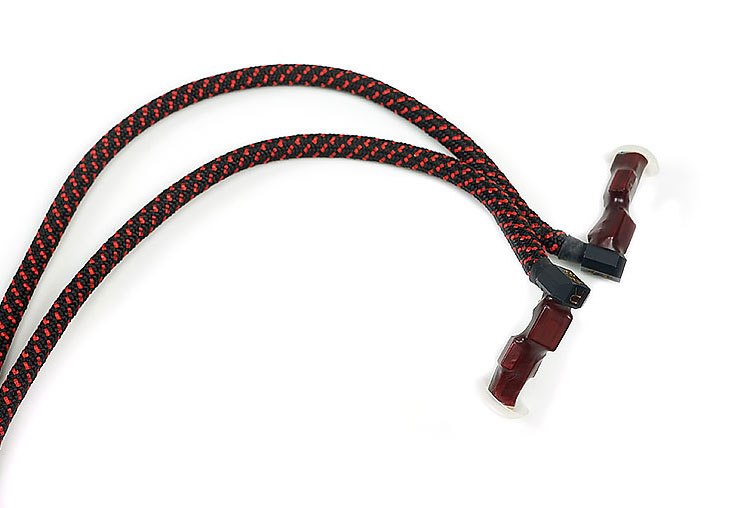 In some ways, this is more of an attention seeker than the unique driver design purely based on aesthetics and sheer size. The only thing in common with traditional IEM cables is the length at 1.2m.

Perhaps it is my old school mentality for cabling but the thickness of this cable, and it is very thick, just makes me want to use it that bit more. Imagine Medusa had some time off from involuntary stone masonry and decided to listen to audio, it is that kind of imagery floating in my mind when I wrap this cable around me. And wrap is an apt word trust me.

The Chris Sommovigo design is actually based on a 32-conductor phono interconnect from Stereolab and that is no surprise given his previous work was indeed with Stereolab. I think they settled on something like the 10th revision before rolling it out as the cable of choice for the SB-7.

It does look beautiful as a cable finish goes with a lovely two-tone black and red cloth weave jacket and it is surprisingly easy to work with. Memory retention is low though not totally microphonic free.

The matching Vishay resistors and dual fiber core are primarily responsible for the thickness. Each resistor is designed to separately connect to each driver and they reside inside the input connector case rather than the driver body itself. Each resistor requires additional wiring over and above the standard 2 or 4 strands used in normal IEM cables.

The terminated jack is a right-angled gold-plated 3.5mm stereo and regular as anything. However, the barrel behind is huge and no doubt due to the heavy-duty wiring inside.

It is not a regular shape either and combined with the right angle it may block off a fair number of ports on your phone, DAP or small portable amp when in use. Actually, quite a number of my amps will not work with this due to the tight proximity of their jack ports and potentiometer. 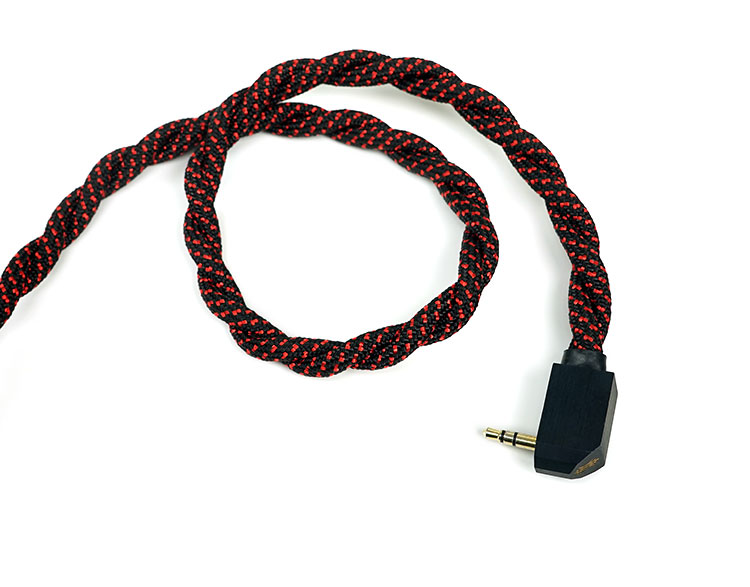 No Pain, No Gain

Misha has been quoted as saying “No Pain, No Gain”. Never a truer word has been said about the SB-7. These days fit and comfort levels are more or less working within similar parameters for all IEMs, either custom or universal. Tips generally negate most of the IEM designs out there.

Not so with the SB-7. In fact, you need to read the instructions on how to fit the SB-7 before you try it. Yes, read the manual because without it you might find the SB-7 performance to take a considerable dip.

The trick is getting the SB-7 in far enough to create a seal at the right point and at the same time ensuring the cable is properly balanced around your ear to avoid creating unnecessary outward or downwards pressure that makes the whole experience too uncomfortable. And, to be honest, it is not comfortable, at least not in the beginning.

The cable does have a shirt clip, it is one of the few times I have ever actively endorsed using it because it will alleviate the downward pressure on your ears if clipped high enough up.

The drivers also have no L/R markings but if you note the length beyond the y-split is longer then simply align the split plus clip to the right side and you are good to go. The longer side snakes around the back of your head and into your left ear.

The silicone tips are not user-replaceable. That may well be a point of contention and certainly a concern of mine should I ever damage the tip in the process of using it. At such a high price this could well be the weak point in the longevity of the product.

If you notice carefully the tip is actually positioned slightly upwards. This is to mimic the canals’ slight upwards turn before hitting the eardrum.

I would also advise patience with the fit until the tips settle and expand in your ear naturally. If you do not get a seal then try it again with a slight re-position. Avoid overly twisting as I am told the cable wiring geometry is a little fragile to continued twisting.

This is not for everyone, at least not the SB-7. The shorter SB-3 or SB-5 might provide a sliver of relief and comfort over the flagship IEM but it is the SB-7 that will go deepest and perhaps provide the best level of seal.

My own personal experience was a great fit in the right ear but an awkward initial fit on the left ear. Due to my left ear canals slightly wonky shape, I did have to do a little repositioning to get it just right. After that, the seal is pretty good for background low-level noise such as air-con hum though not quite on the level of a foam tip or custom.

I would love to have an option to try with foam tips or at least more rounded silicone tips but I also understand it pushed the driver tubes further away from the second bend and will change the signature. 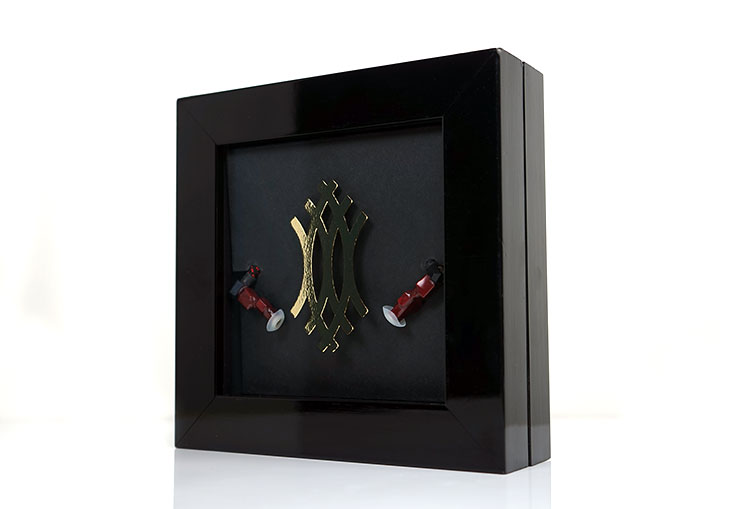 In a word, boutique and impressively so. This is more of a display box than a functional package for easy transport. Yes, the dimensions are fairly standard but the materials are more mantle piece wood finish than Ikea flatpack balsa.

Slip off the cardboard sleeve and you see an impressive glass front with the StereoPravda logo in the middle. Underneath there is a small cardboard cut out with the SB-7 driver shells on display.

Below you get a small range of accessories and leaflet sheets. These include several cards on the response curve of the SB-7 and that extensive fitting process as well as the contact details of the company. I would love to have seen a small cleaning tool for the tubes given they are very close to the top of the non-detachable tip.

Aside from that, you receive a soft Velcro fastened black pouch for holding the IEMs on the go. Personally, I felt the pouch is a little too soft for protecting the drivers from knocks so switched it out for my own mini-hard case and a soft cloth on top for travel. It is a little bigger than the pouch but it provides more robust protection.