Both the IER-M9 and M7 are purely balanced armature designs in a universal form factor. The M9 is a 5-driver  5-way crossover design and the M7 is a 4 driver with a 4-way crossover. They represent Sony’s first foray into the In-ear Stage Monitoring designs and are primarily pitched for stage musicians. But hey! We will buy them anyway, right? The big emphasis here is tonal balance and a rock-solid fit for stage performances.

Though not quite as opulent in their designs they do share a similar form factor in part to the Z1R. I would say both are certainly on the smaller side and slightly easier to drive also than the Z1R. Both come in pure black, however, the M9 has a slightly snazzier carbon fiber front-plate design whereas the M7 front plate is plain black. They are also quite light and smaller than the Z1R weighing in at 11g for the M9 and 9g for the M7. They are very robust looking, however. Both IEM outer housings are made from a magnesium alloy 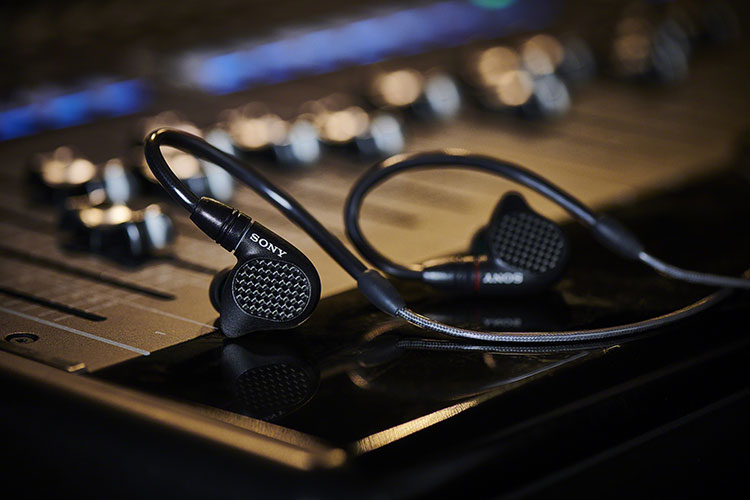 The M9 and M7 use MMCX connectors and both come supplied with two cables each in single-ended 3.5mm and balanced 4.4mm. All cables are 1.2m in length and made of the same silver-coated OFC strands that are used by the 3.5mm cable of the Z1R. 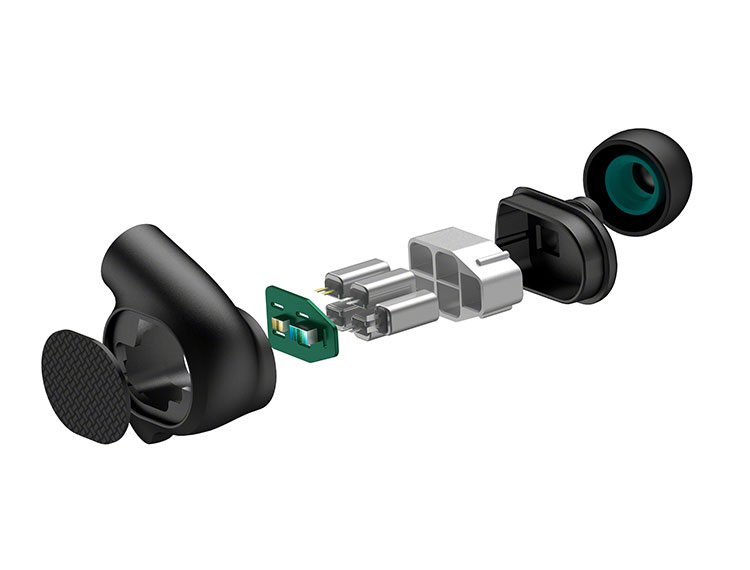 The In-Ear Stage Monitor Series IEM uses in-house Sony BA drivers which I presume are similar to to the single BA used in the Z1R since both are housed in magnesium alloys. Each BA has two unique structures – a direct drive and a t-shaped design. 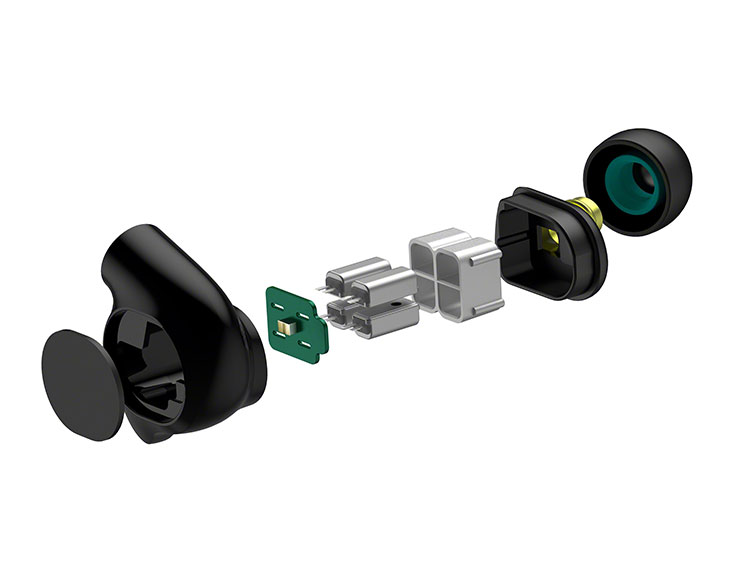 The 5th BA driver on the M9 is actually a super-tweeter and should make a considered difference in resolution, harmonic balance, and headroom over the M7. Again, this is a magnesium alloy diaphragm with gold plated terminals and silver-coated copper voice coils to maximize the driving potential of the driver without introducing unwanted distortion. 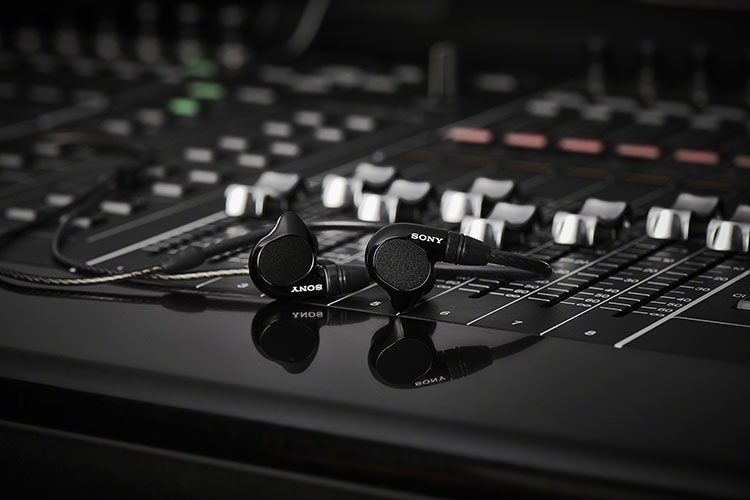 I never got to hear the M7, I think I spent too much time on the M9 and ended up having to rush around a bit on the other units so my impressions are purely on the M9. As with the Z1R, you do need a little bit of juice to drive them, they are rated at 20Ω but the sensitivity level is just 103dB. Still, no real issues on my WM1Z DAP with the volume level similar to the Z1R. 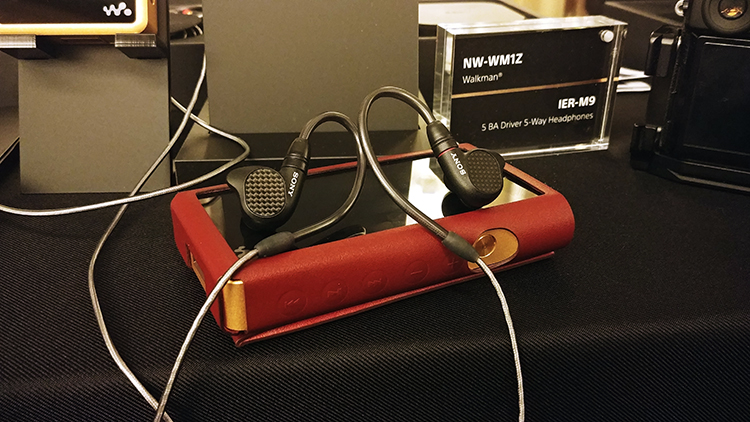 Tonally, I thought this was quite smooth, with more of a mid-bass and lower midrange emphasis than the Z1R so it came across as slightly warmer sounding and a little softer, maybe not quite as impactful or dynamic sounding but still quite quick and detailed sounding. Vocals sit back just a little, not recessed as such, fairly neutral in their positioning with an equally neutral treble positioning. I would need to hear this again in my own testing environment but otherwise an even harmonic tonal experience. 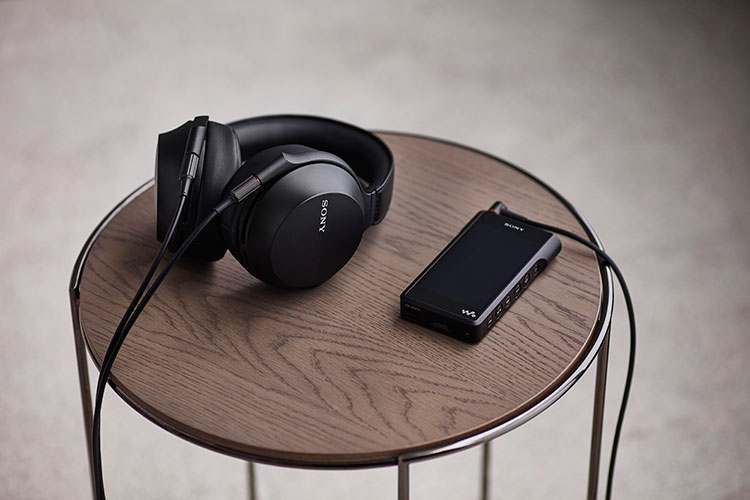 The final product launch is the second generation MDR-Z7 dynamic closed-back circumaural headphone, called, logically enough, the MDR-Z7M2. It is not a complete break from the original in terms of build and driver size but there are some important tweaks.

The first immediately noticeable tweak is the cable locking system and stems which is now to the rear of the cup and on the gimbal, whereas on the MK1 it is housed inside the cup and closer to the base. It still uses the same threaded locking system as the original Z7 though, as with the new IEMs, the Z7M2 now comes with a standard unbalanced cable and a 4.4mm alternative in the box. You can also elect to buy a KIMBER KABLE 4.4mm balanced cable version from their accessories line up for the MDR-Z7M2.

The gimbal itself looks longer and sturdier, most likely due to the cable running inside it. The gimbals are also now more color coordinated with the black finish of the cups and banding. Instead of a brighter gray color on the MK1 they now are continuous black and much more integrated looking.

The second area that seems to have had an upgrade is the headband. On the Z7 the outer synthetic leather is a little thinner with a faux croc skin type finish. On the Z7M2 the padding is thicker with stitching on either side and the faux croc finish is replace by more of a ‘worn leather’ finish. 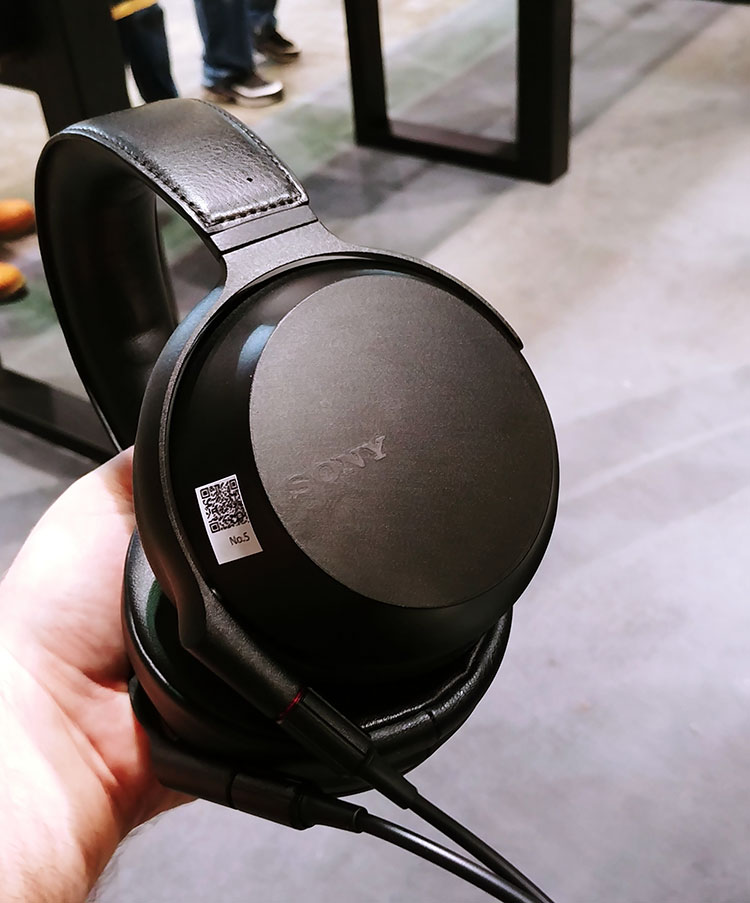 I do believe also the pads have had a minor tweak but I can’t be 100% sure until I have both side by side for a review. They do seem a little thicker or deeper than the first ones though my own MK1 has seen plenty of use and just maybe a little flatter as a result.

Sony mentions three-dimensional sewing and a more ergonomic shape to the new pads and from the pictures they do seem to have a slightly central dip for a better seal. Checking later this was described to me as an enfolding structure where the pads slant inwards to retain the seal when pressure is applied from the side of the head.

This is where the major upgrades seem to have taken place with the MDR-Z7M2. The 70mm size of the driver is still in place but it is an all-new driver with an aluminum-coated Liquid Crystal Polymer diaphragm, bigger magnets, a larger dome and a different grill design which Sony call a ‘Fibonacci-patterned’ grill. 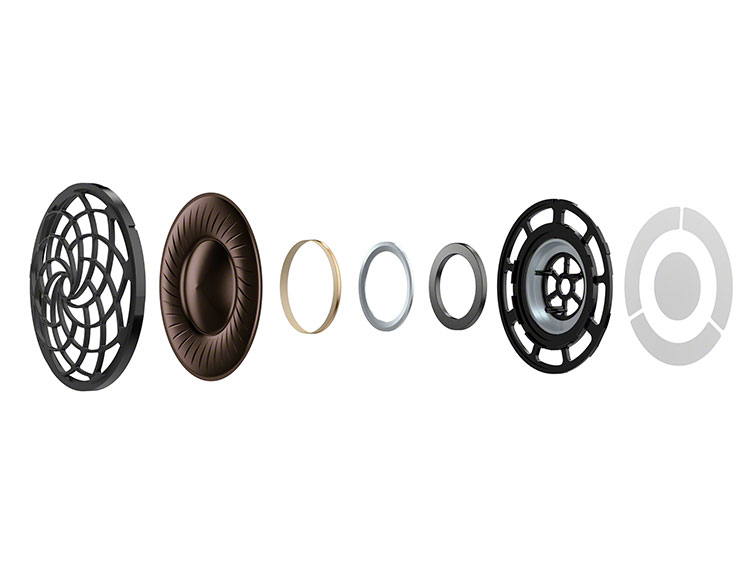 The whole emphasis seems to be improving the midrange performance and clarity over the original Z7 which is one of the areas I think the Mike found a little veiled in his review of the Z7 a few years ago. Each improvement seems to hark to that specific area so you have the aluminum-coated Liquid Polymer diaphragms to reduction coloration in the mid to highs, a bigger dome to enhance midrange clarity and better magnets to improving driving power and also enhance the Z7M2’s overall levels of clarity.

I did also notice the acoustic ports on the Z7M2 had multiplied over the original. Sony calls this system the Best Response Control. In the Z7 you have one at the top and it is quite stubby in length. The Z7M2 has them aright around the entire ring of the cup to better control the airflow behind the driver for low-frequency response. I guess you could argue this is now a semi-open headphone and it should reduce the boominess of the M7 low-end with those venting ports. 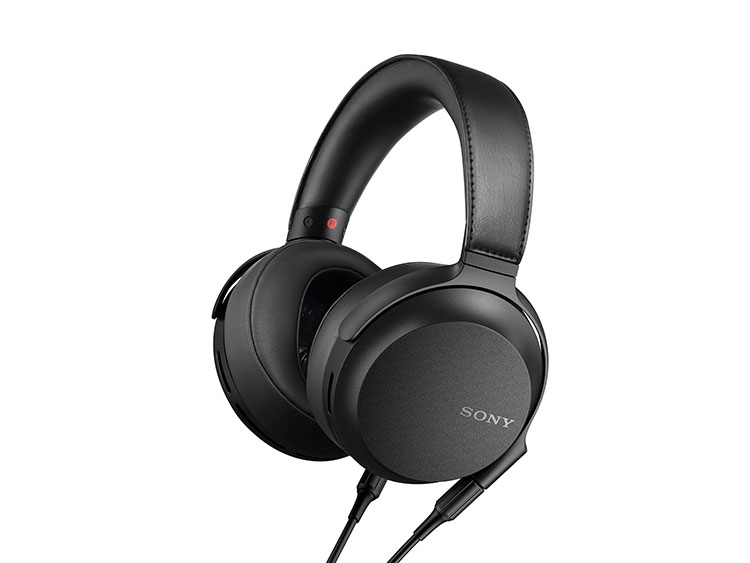 At their booth, they had this directly jacked out of a WM1A but I also used my own WM1Z just to get a better reference. Immediately I felt the sound was a lot more balanced than the original with a more linear low-end, better midrange clarity and decent headroom. I am actually writing this right now with the MK1 on my head and it does feel like the low-end on the MK1 is boomier and a little softer sounding also. I will be curious to see if this improvement is confirmed on some of my own desktop setups when the review time comes up.

The MDR-Z7M2 can take more and better power though. It is rated at 56Ω and 98dB so I would highly recommend trying it from a good desktop or a stronger portable amping system just to see what it can do. The spec sheet states it should handle up to 2W easily before it starts clipping. 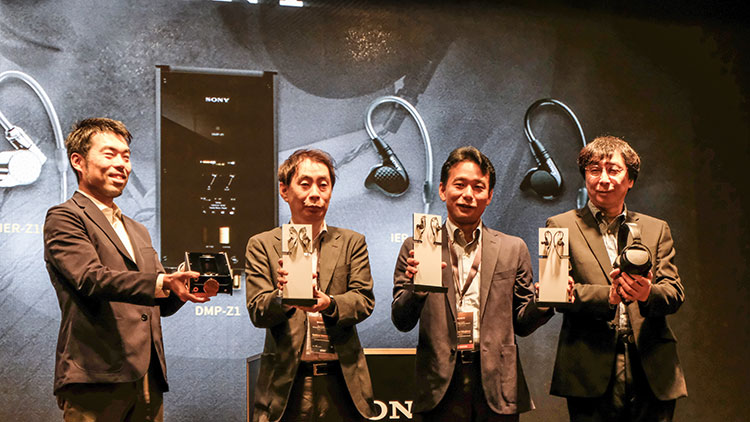 I am impressed in particular with the IER-Z1R TOTL universal hybrid IEM. I came away thinking it sounded like a darker Andromeda of sorts so overall a very positive experience. The new in-ear stage monitoring M7 and M9 I need more time with but overall I found the M9 a touch warmer and more mid-centric than the Z1R.

The DMP-Z1 was the star of the show for everyone in terms of what it is and what it can do. I think about 90% of the questions from the press pack focused on this very unique and dare I say it, very Sony creation. If you get a chance in the future spend some time with it. It is an engineering marvel even if beyond your budget or possible usage application.