Kvart-Bolge is a relatively new company that fashioned their Sommeliers speakers from the building blocks of DIY’er frustrations.   After decades of pouting by speaker enthusiasts, famed Bjorn Johannesen (a popular designer and pioneer of modern Quarter Wave architecture) answered their pleas for help and co-founded Kvart-Bolge.  The Sommeliers were born soon after and joyous cries haven’t stopped reverberating around the audiophile world since.

A few months ago, a buddy of mine informed me of a shop in my city that happened to be selling a relatively new set of speakers.  He’d said that I would most likely enjoy them and proceeded to give me the address of this place I’ve never been to before.  After some coaxing by my friend, I’d found myself wondering aimlessly around the downtown area of Cleveland for the location of a certain low end electronics shop.  True, it is a bit of a destitute area compared to what I normally sleuth around for deals on audio equipment…I thought for sure I’d end up getting stabbed or mugged at the very least.  But, that is the life of an audio journalist and there isn’t much you can do about it.  We go where the deals are.

I stepped into the seediest shop I’ve ever come across in my life and took notice to a set of speakers in the back and behind the main counter.  Apparently, they were being repaired by the shop manager who by the looks of the rest of the innards of that place, he had a serious affinity for audio gear.  Interesting vintage gear lined the entire rear counter area and he’d had a slew of visually awesome vinyl players, very old (but low value) headphones and even some off brand Asian USB DAC’s and amps.

I’d asked the manager what he was working on and was told it was a set of slightly damage Kvart speakers.  Upset now, as my friend didn’t tell me they were damaged, I’d bellowed a hefty sigh and texted my friend a flurry of filthy comments that would make pirates weep in disgust.  I’d asked the shop manager if he could turn them on and let me hear the speakers first hand.  He’d been repairing a cracked base on one of the Sommeliers towers, so he didn’t have any problem in letting me test it out briefly.  He’d hooked them up to some banana cables that were fed into a speaker amplifier that I also was not familiar with, but one that look quite damaged and unsafe to even look at the wrong way.  I’d asked him if I could connect my portable DX90 DAP as the source and he agreed with a smile.  The music cued up and to say the very least, I contacted Kvart-Bolge just a few days later for a Sommeliers sample.  Arved Deecke (super nice fella) at Kvart-Bolge responded soon after and agreed to sell a unit to me for review.

Prior to my foray into headphones, I’d been a speakerphile.  I’ve heard and tested more speakers in my life than headphones, so I feel comfortable in saying the Sommeliers are very good for the price and are one of few speakers I’ve ever messed with that I flat out purchased myself from the company direct.  If you think I am harsh with headphones, or even a headphone snob, you’ve seen nothing.  My snobbishness with speakers trumps that sentiment with headphones a hundred times over. 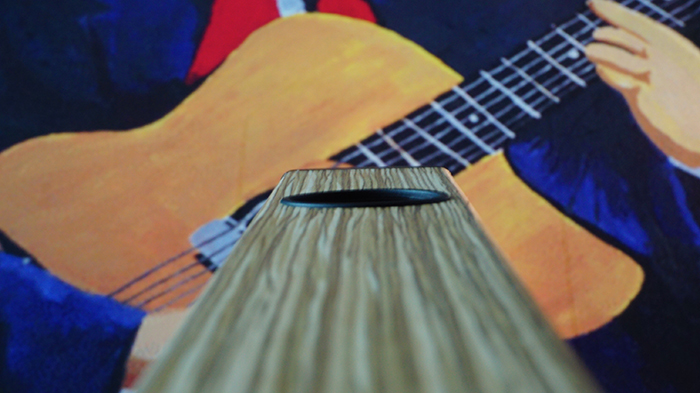 The Design and Materials

Kvart-Bolge offers a few versions of exterior finishes that include Zebra wood, Matte black and Wenge wood stock options.  The company also provides a few other designs as well as a custom option where you can submit images or textures to be applied to the exterior of the towers, or even your pick of any color you can dream up   Pretty neat if you ask me and I’ve seen a few really nice designs out there on the Google Image search!   I’ve opted for the Zebra option, due to my love and affinity for that specific type of wood.

The speakers aren’t very tall, standing at just under 3 feet upright.   I’ve heard tale of these speakers flopping over too easily or too often, but I’ve personally not experienced such things.  My cat got intimidated by them once and tried to duel it to the death, but ultimately the Sommeliers won the battle…many lives were lost that day.  The speakers are bottom heavy, like my x-girlfriend, but that isn’t at all a negative quality or even worth griping about in a serious manner.  Sure, I would prefer something more stable and if you’ve pets and little kids running around your listening area.  I don’t think you should purchase these speakers unless you keep them placed right up against a wall, or in a corner in a safe place if there is heavy traffic in the area.  Otherwise, odds are good your little tykes will knock them over often.

Beyond that, the towers themselves feel of a solid quality enough to justify the price.  Woodies are always nice and something I am very fond of.  The placement of these speakers inside my listening area looks and feels like they belong right where they are and as I usually say when it comes to wooden products: when the morning sunlight shines through my windows and onto the surface of these Sommeliers, I just can’t help but to stare at them for a short while and gawk at their beauty.  They are very sleek, very simplistically designed and elegant all at the same time.  From a purely aesthetic point of view, the Kvart-Bolge Sommeliers dish out beauty and class in droves.  I’ve placed them in my media room often when family or friends drop by and I’ve yet to not hold a gathering where the invitees fail to mention how nice those speakers appear, what they are called or where they can get them. 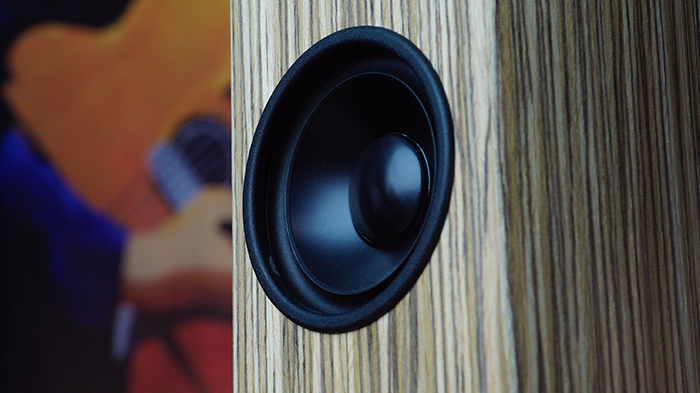 Interestingly enough, they only have banana plug inputs on the rear of both speakers.  At this price and in 2016, I am not sure I am okay with that.  A lot of speakers out there generally have at least RCA and maybe even a 3.5mm input, but I can understand that the input option selection made by the designers are all intended to be the most cost effective.  My wallet is happy about that, but I’d prefer at least 2 input options.

Is it a big deal?  Nah, not at all.  But, know that you will be forced to use banana plug terminated speaker cables.  I’ve actually not had to do this for myself in many years and enjoyed the crafting of my own speaker cables from start to finish.  It was very fun and makes me proud of myself, especially so when considering that I’ve actually never used the type of banana plugs that require the cable wire tips to fray over the lips of the plug.  Normally, I solder my leads and use the type of banana plug that screw locks in place.  However, this time I mistakenly purchased the banana plug types that require the actual internal wiring to be spliced and split, then bent over and out of the of the center ring of the plug.  Very cool! Makes me feel like a professional speaker installer…