Disclaimer: The SIMGOT EM3 sent to us for the purposes of this review is a sample and does not have to be returned. Thank you to SIMGOT for giving us this opportunity.

Around the middle of 2017, a new company called SIMGOT came onto our radar with their EN700 BASS, followed by their EN700 PRO in the fall of the same year.

Both of these entry-level IEMs were a playoff on a fairly good performing 10mm dynamic driver. The PRO version did considerably better in our opinion due to a slight tweak in the tuning and a much higher quality stock cable.

Both IEMs also have a very eye-catching and memorable design also which resonated strongly among users. Now we have the next stage in the company’s IEM range and this time it is a considerable step-up in price and tech.

This is their new EM series of hybrid IEMs. There are two IEMs in the EM series, the EM3, and EM5. The EM5 is their top of the line flagship hybrid and is a 5-driver design priced at $499. The EM3 in this review is a triple driver priced at $288. This model sits right around the same level as the Fidue A85 and the Oriveti New Primacy.

The details are a little scant on the website but if you dig around the net a few of their official dealers have a bit more in-depth information on the company pitch of the EM3.

It does seem that this design is less of a revolution and more of an evolution in their product line. SIMGOT have taken the original dynamic driver of the EN700 Pro for the lows and mids and tagged on two Knowles TFWK-30017 drivers in a dual driver design for the highs.

I have seen the 30017 series used before but in a very wide range of both entry-level (FiiO F9 series) and pricier hybrids. Though they do not say it, I would not be surprised if the likes of the IT03 from iBasso and the Oriveti New Primacy are packing that same TFWK dual driver in their builds also.

The TFWK drivers are well known for producing a clean sound and plenty of treble energy though on their own can be too bright and at times sibilant. Hence, they seem to be gaining a lot of traction in hybrid designs where a warmer low-end dynamic driver can provide an acceptable balance in terms of depth and body. The norm for these types of hybrids is a V-shape presentation or musical sound because of that level of contrast. 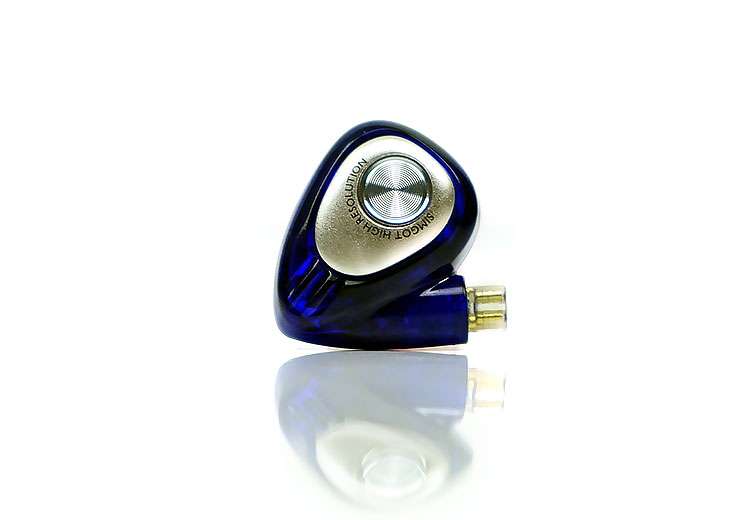 SIMGOT’s designs always have a touch of the unusual. The EN700 series really stood out. The EM3 is a bit more traditional compared to that line-up but it does have some flair about its form factor.

This time SIMGOT have opted for mostly acrylic materials in a 3-piece shell with only the nickel-plated brass nozzle using a metal compound. It will not be as sturdy or as robust as the EN series, however, the EM3 has a more ergonomic shape as well as feeling lighter in the ear than the EN700s.

It is also a bit smaller than the EN 700 series though from the side the shaping is not that different. The 2-pin connectors are in a much better position now than before, with a rear stem and 45-degree angle that should mitigate the issues I had with the EN series cable pressing into my ear. 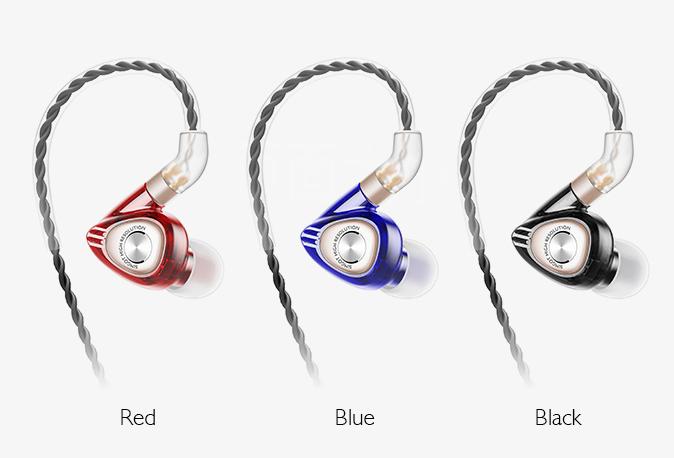 The EM3 comes in 3 different colors, red, blue, and black. However, SIMGOT will let you mix and match to create up to 5 different options such as red and blue, black and red, blue and black, and all red or all blue. Personally, the ‘old school’ red and blue works fine for me to differentiate between channels visually without referring to the lettering on the sockets.

The shell colors are offset slightly by a grey faceplate accent and matching MMCX connector tips. The faceplate has a circular dial that does not do anything that I am aware of. When I first saw the pics I thought it was some sort of vent adjustment but sadly no, it is just a design quirk. It looks nice though and a bit different to the normal designs out there.

The EM3 uses a 0.78mm 2-pin connection which is fairly common and easy to cable roll for. However, like Unique Melody, they have opted for a protruding stem from the shell into which the cable inserts using a protective outer ring to lock the whole connection into one rigid system. It gives the pins and whole socket a measure of protection against accidental bending and breakage.

The bad news is that this cable will not fit in any other IEM with a regular flush or recessed 2-pin socket. The good news is that most 2-pin cables will fit fine on the EM3 though it might look a bit odd and most certainly not quite as secure. 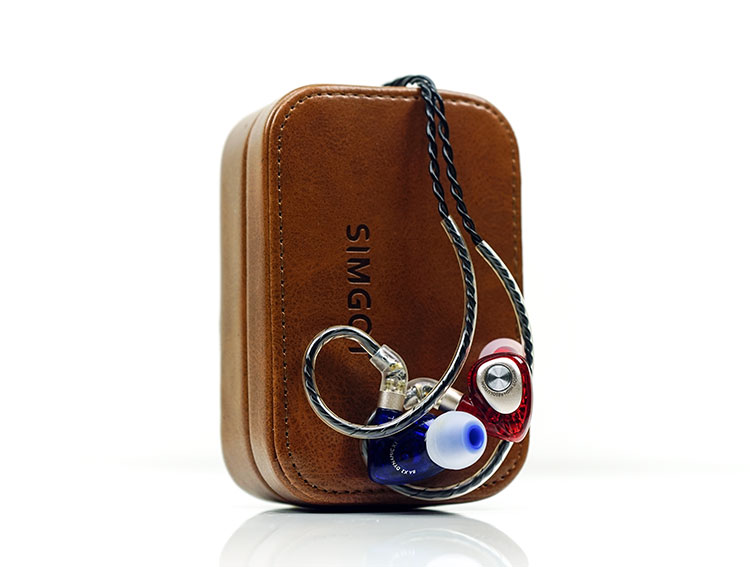 The stock cable is a 1.2m 4-core 6N OCC and SPC braided single copper crystal wire wrapped in a 200D black Kevlar fiber jacket. The cable is terminated with that protective sleeve 2-pin barrel on one end and a translucent rubber-coated rose gold 3.5mm TRS straight-jack barrel on the other end. There are no inline mics or remote controls on the EM3 cable.

The coating on the jack doubles as a protector of sorts as well as providing the strain relief. The same coating and barrel design are applied to the y-split though on a slightly smaller scale. It also has a matching rose-gold coated chin cinch.

There is no memory retention in the cable and it an excellent stock cable in terms of physical noise on the wire (microphonics). It is super pliant, easy to work with and very quiet which is all you could really ask for out of the box aside from sound performance. The cable also has some springy memory hooks that bend and shape but then snap back into the original shape once off the ear. It is a fairly comfortable feel on the ear.

In a word, very good indeed. The isolation is better than the EN700 series using the same stock silicone tips and the comfort levels marginally better. It also feels more secure in the ear than the EN700 with a slightly deeper insert from the nozzle down.

Most importantly the angle of the connector is much better on the EM3 than the EN700. The cable is away from pressing on the ear and has a clean run out and over the ear which greatly aids the level of comfort for long listening sessions. 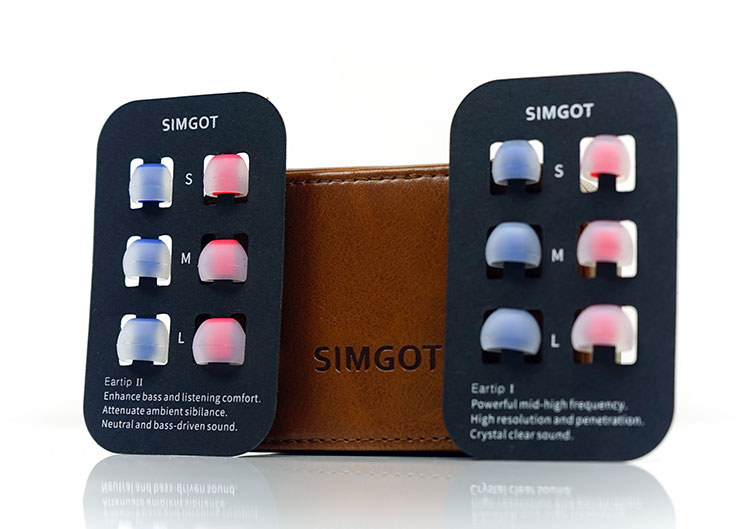 Much like the EN700 Pro package, SIMGOT has supplied two different types of tips with the EM3 called Eartips I and Eartips 2. Both 1 and 2 comprise 3 sets of small, medium and large single bore silicone tips attractively arranged in a cardboard tip tray.

Both I and II sets have not got a unique red and blue hue to the stems for left and right. Where I and II differ is in the diameter of the opening with Eartips 1 having the larger opening of the two.

The larger the opening the more porous the design is for bass. Eartips II, with its thinner bore opening, is designed specifically to enhance the bass and attenuate the highs of the EM3. This should be considered more of a forgiving sound and the one I would recommend for most listening sessions on the EM3. Eartips 1 with that wider bore will reduce the bass output in favor of the higher frequencies (mids and treble) which I tend to find a bit too bright and sibilant for my liking. 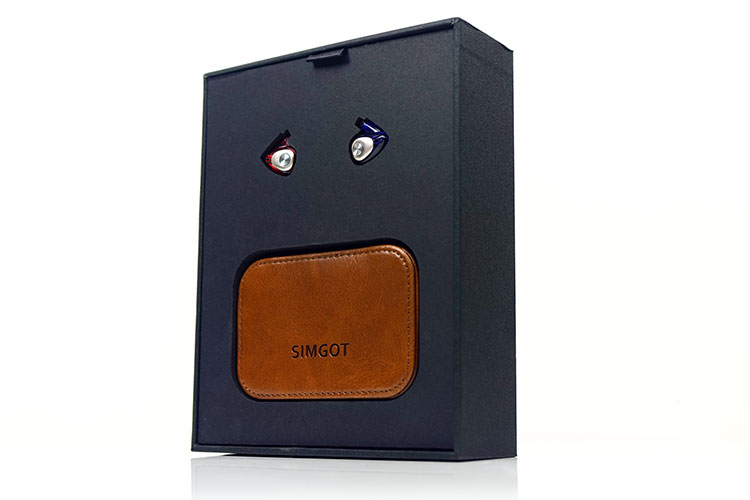 Again, SIMGOT has borrowed a little from the EN series and then tweaked it to a slightly higher level for the packaging and accessories. The format and layout of the black retain box are more or less the same. You have the upper layer layout of the drivers and leather case and below you have the cable, tips, guide and warranty card. The full line-up is as follows: 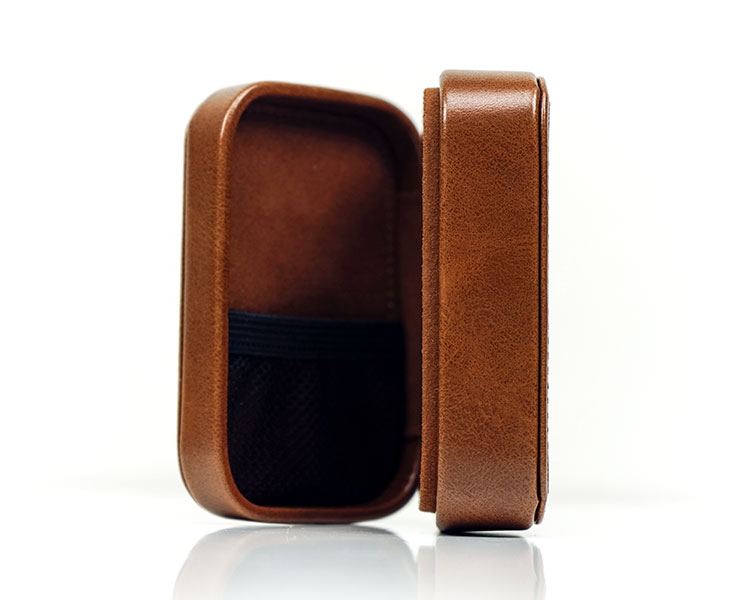 The leather case has gone through a welcome modification. Not that I did not like the original fetching brown leather variant with its fold-over design. Rather, the new one feels more secure, deeper and more functional. If you happen to have a qdc Neptune then it is more or less the same case but with a nicer organic brown finish.

Inside you get plenty of space for the cable, tips, and drivers. The top lid has a small amount of netting to slide in the tip cards which was never there for the older EN700 series case. In fact, put the tips trays in and you had no room left for the drivers and cable so this is a good improvement.