Using the Sparks while on a phone call is quite pleasant with good clarity. The person on the other end of the line said that my voice generally came through clearly, but the mic will not filter out any background noise in case there is any.

Testing the Sparks with a fan right beside the earbuds, the person I was talking to commented that the fan came through loud and clear as well.

Doing an initial connection with the Sparks is pretty straightforward, where the Sparks can easily be found by my phone as long as the Sparks are blinking white and red.

Paring 1 earbud with my phone will enable a media audio connection with both earbuds. However, when the paired earbud is returned to the case, the other earbud needs to manually be paired again if it has not been previously paired.

So pairing both earbuds will be a requirement for seamless handoff from 1 earbud to the other. Once the initial pairing is done, subsequent reconnections are automatically done by my phone and the Sparks.

On the box, it says that the Sparks can stay connected to my phone with a range of up to 10 meters. When I tried walking around away from my phone, I was able to walk even more than 10 meters away from my phone despite having a 9” wall between me and my phone.

So I believe that the connection can remain stable especially in most use cases where the phone that’s connected to the Sparks will just be in your pocket.

When I tried watching videos with the Sparks, I wasn’t able to detect any latency issues, and most of the audio was in sync with how the mouth was moving in the video.

When I tried a latency test, there was only a maximum of around 10mS latency, and that’s if I start moving away from my phone. But generally for applications when the phone is right beside the Sparks, there is no detectable latency, even when it’s specifically being tested for. 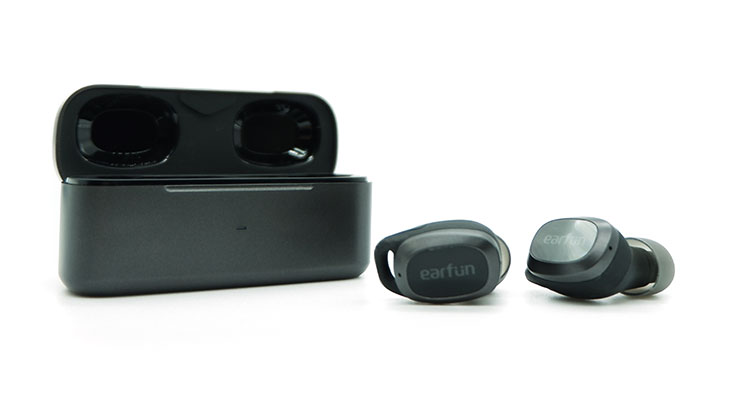 Out of the box, the accessories that are provided with the Free Pro are different from what you would get with the Sparks. The Free Pro comes with ear tips of different sizes, but they add a pair of rubber bumpers to resize the earbuds. The Sparks on the other hand comes with 3 types of ear tips in 3 different sizes, so there is more of a tuning option in that regard.

When it comes to the material that is used on the charging case, the Sparks’ translucent purple case feels a bit more sturdy. The Sparks has 3 LEDs in front that indicate battery life, which is functionally similar to the 3 colors that the LED on the Free Pro changes into at various charge states.

In terms of noise attenuation, the Free Pro provides the user with more options, where there is a way to toggle between ANC mode, ambient mode, and normal mode. The Sparks do not have such options, and they don’t even have any noise canceling to clear up your voice when you are in a call.

Controls on the Free Pro are a bit more comprehensive, with the ability to control volume, play/pause, next track, and ANC modes. The Sparks only has a dedicated Google assistant touch control and options to customize the 4 commands that can be accessed through double and triple taps.

With both TWS earbuds utilizing double and triple tap commands, the commands register slightly more consistently on the Free Pro.

I believe the smaller and lighter form factor of the Free Pro had to sacrifice something, and battery life is one of the biggest compromises that Earfun had to make. 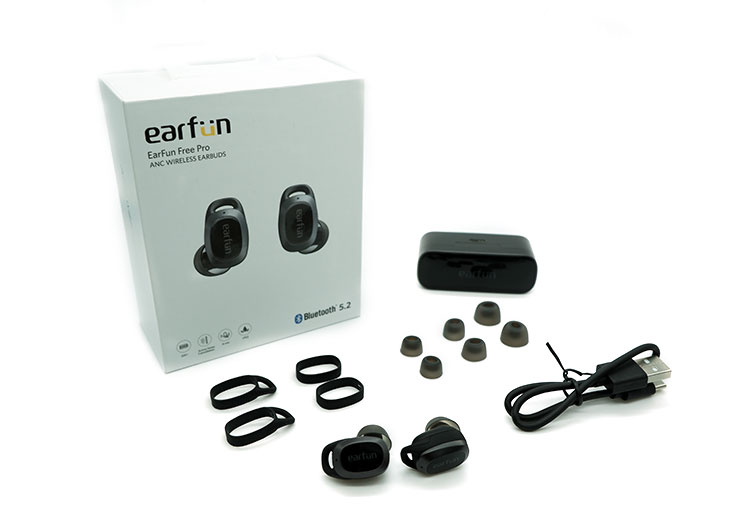 The Free Pro is advertised to have ‘2x bass’. Although I’m not sure what that 2x is relative to, I believe it generally has 2x the bass when compared to most other TWS systems which include the Sparks.

In terms of quantity, the bass is much more prominent on the Free Pro. However, the Sparks have a bit more control over the bass region, even when it’s compared to the fairly controlled Free Pro.

The Sparks are a bit drier when compared to the slightly splashier presentation on the Free Pro. The balance between the frequencies is a bit more even on the Sparks out of the box.

Earfun focused a bit more on the added features and interface functionality on the Free Pro. Where there is ANC, and a more responsive touch interface when compared to the Sparks.

Moondrop on the other hand focused on more driver control, detail retrieval, and an even-handed stock tonality that can easily be customized according to the user’s preference with the use of EQ and aftermarket ear tips. 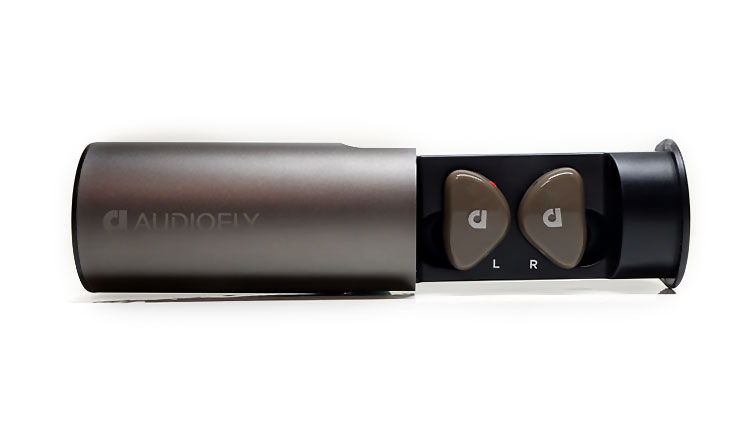 The AFT2 has a few things going on for it. It features a solid cradle and a very refined interface, coupled with a warmer tuning using very capable dynamic drivers. The Sparks on the other hand features a more standard case, but the translucent case and the earbuds are built well.

The AFT2 is slightly more expensive than the Sparks, but with both companies having backgrounds in traditional IEM production, I can’t help but see some similarities.

The AFT2 out of the box only has 2 pairs of ear tips, while the Sparks has 2 types of ear tips coming in different sizes. However, they both can make use of traditional IEM ear tips.

The charging case on the AFT2 is quite special because it’s a tube with a slide mechanism to pull out the earbuds. The Sparks’ charging case is your standard affair, with a flip-top design. The AFT2 has 4 charge indicator LEDs, while the Sparks only has 3, but both are adequate to let me know when I should charge them.

The earbuds themselves hold the same amount of charge but the Sparks’ charging case can hold a bit more juice when compared to the AFT2.

Both devices are running Bluetooth 5.0, and both can run AptX. However, when it comes to noise-canceling, the AFT2 has cVc noise-canceling for voice calls, while the Sparks doesn’t implement any noise canceling.

The touch interface on the AFT2 is more comprehensive and complete, where volume, play/pause, and next/previous track all have touch commands. The Sparks have the option to customize the available touch controls through the Hiby Blue app though. However, when it comes to touch control responsiveness, the AFT2 is a bit more consistent than the Sparks. 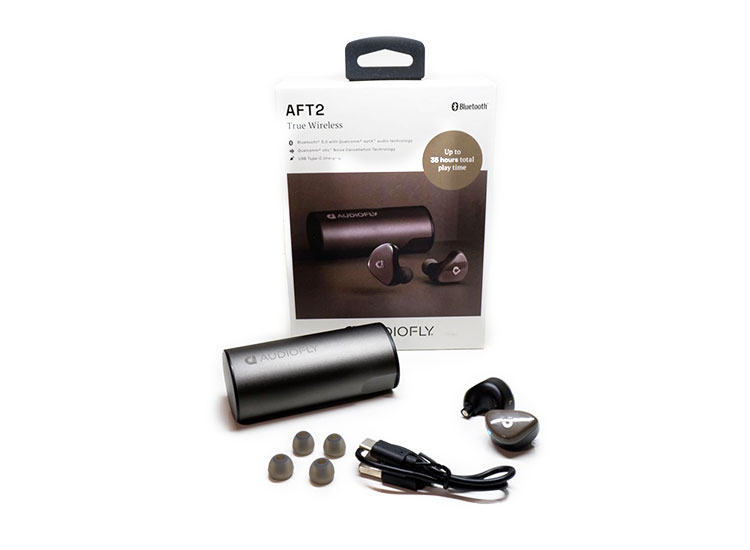 The sub-bass rolls off slightly earlier on the Sparks, and there is a slight edge in quantity in terms of bass on the AFT2. Control over the bass region is about equal on both TWS earbuds.

Both TWS earbuds have a slightly recessed midrange, however, it’s a bit more forward on the AFT2 when compared to the Sparks. The male vocal range is a bit more textured on the AFT2, where vocal detail from crooners like Michael Buble is just easier to pick out.

The treble is equally pronounced on both, but the Sparks’ decay is just a bit faster than the one on the AFT2. The AFT2 in contrast has a more liquid presentation, where the treble takes on a bit more splash and body.

The Sparks tonality is on the brighter and thinner side, but the Hiby Blue app interface makes the Sparks a much more versatile offering with EQ options and touch interface customization options. 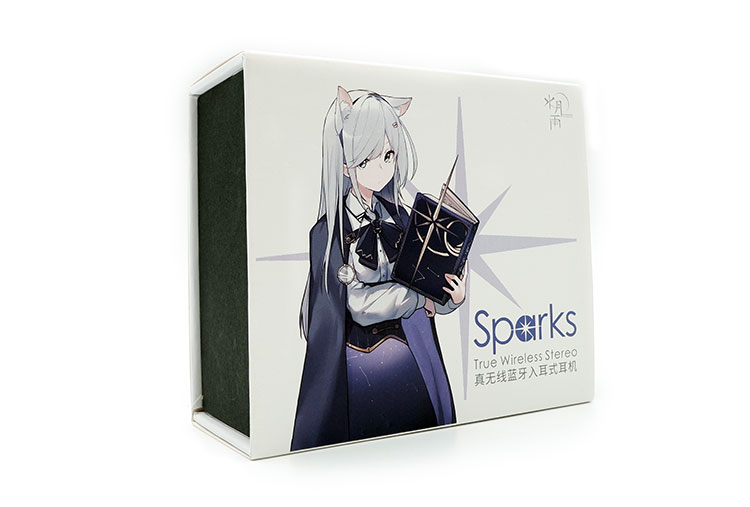 Moondrop has been making waves in the traditional IEM space as of late. The Sparks is a solid first foray into the TWS earbuds sphere with an attractive translucent charging case that packs quite a lot of juice, and a standard nozzle on their earbuds for better ear tip compatibility.

The touch interface is somewhat limited and can be slightly inaccurate at times but the integration with the HiBy Blue app is an excellent value-added feature . The VDSF tuning is on the slightly brighter side, but it also showcases Moondrops ability to design a very capable dynamic driver inside the Sparks’ shell.

While there might be some shortcomings, the Sparks compensates with an array of touch interface customization options and EQ options to make it a very versatile pair of TWS earbuds.