The KOSS KPH30i is a small, lightweight portable headphone with a retro design inspired by the original Koss KTXPro1/Pro35 models. The price is $29.99

Disclaimer: The KOSS KPH30i sent to us is paid for and not a sample in exchange for our honest opinion. The KOSS KPH30i was recently promoted via Drop and you can find more details here.

Fresh out of college, when I had just saved enough money for my first pair of real audiophile headphones, I bought a pair of Koss Porta Pros. At the time, I thought that $40 was a lot of money for a pair of headphones.

I didn’t know that it was just the start of my long, and expensive headphone journey, and these $40 headphones would be the cheapest ones that I would own.

When they released the Koss KPH30i, I thought it might be another release of the Koss Porta Pro, in a different build. They used a lot more plastic this time, which reminds me a lot of the plastic headphones that came free when you bought a new computer back in the ’90s.

I thought that the KPH30i must be Koss cashing in on their brand recognition, and just slapping on their branding on some knock-off headphones which were actually just made in some obscure factory in China, but I was wrong.

It took me a while to get to listen to them, but when I had the chance, I couldn’t put them down anymore. So I ended up buying a pair. 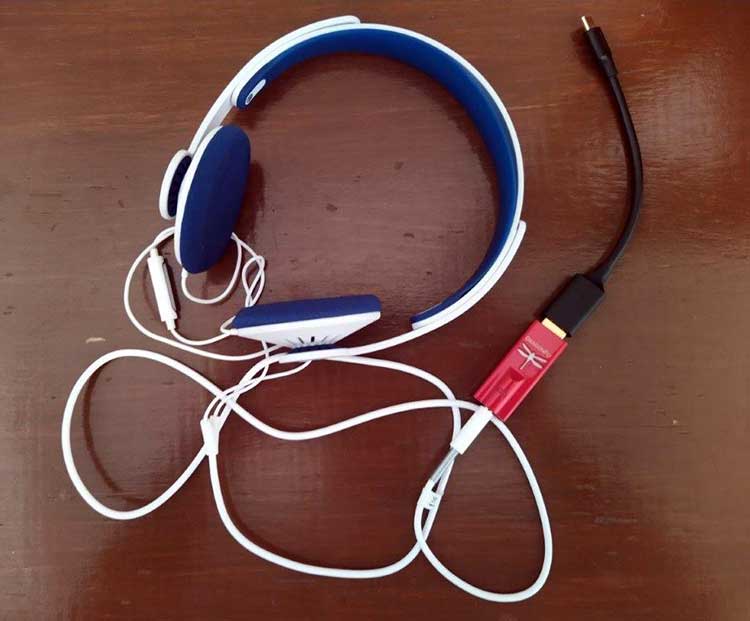 The KPH30i is not much of a looker, in fact, it could easily be lost in a computer parts bin. Once you touch it though, you would realize that these are quite different. The plastic that was used is quite a bit more durable than the generic ones, and I wouldn’t be surprised if these last me for a few years.

The cable is a dual entry design, exactly the same as what they do with the Porta Pros, and the ones from the Porta Pros seem to last. The strain relief spring at the 3.5mm end was also a nice touch to increase the durability of the connection.

Having a dual entry connection also has it’s benefits, in that it makes it more convenient to rewire them, and turn them into a balanced headphone, to use them with a balanced DAP/DAC, in case that’s what you want to do down the road.

These are very light headphones, and you can just throw them into your bag, and you wouldn’t even notice the added weight that it has. Unfortunately, when they redesigned the adjustment mechanism, they also had to remove the folding mechanism of the headphone, so finding space to bring them along might be a bit of a challenge.

Overall, they’re light enough to be brought along on trips, but can only be used in more quiet environments due to their open-backed nature. 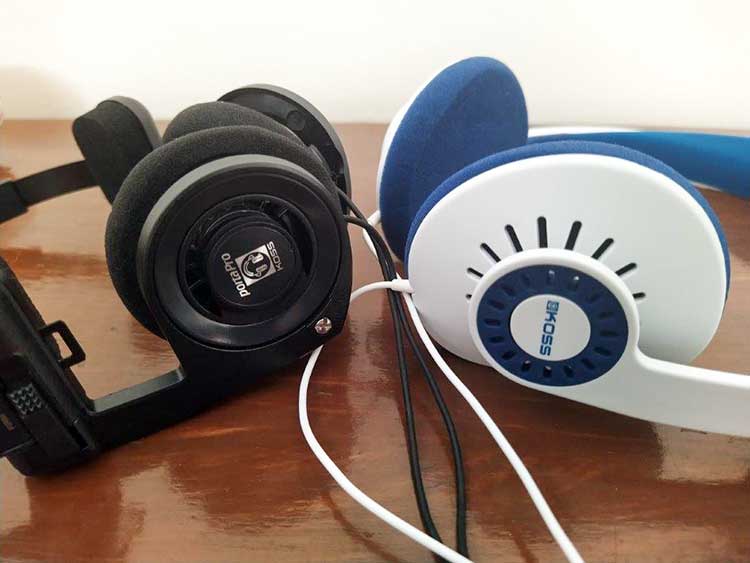 With the KPH30i, they have finally fixed this. They have put a side adjustment mechanism with some grooves, that keep the headband just the right size for when I come back and pick them back up for listening again.

The rubber strap at the top of the headband is also a nice touch as it properly distributes the little weight that the headphone has on my head, which means that I can wear these headphones for hours, without feeling their weight on my head.

The only issue that I can see with comfort is that they seem to be a bit loose on the ears, leaving me with a less than optimal seal around my ears, and the sound would probably leak quite a lot from these.

The KPH30i is an open back headphone, and the isolation is non-existent at low volumes. In fact, these are the headphones I prefer to use when I want to talk to someone while still being able to listen to some music in the background.

However, the music can overpower the outside noise if it is needed as well. So depending on your use case, it could be an advantage for when you want to hear what is in your surroundings, or just crank up the volume and you will be in your own euphoric sound chamber inside the KPH30i.

We can’t expect much in terms of packing when it comes to a $30 headphone like this. It came in a box, with a clear plastic window in front that shows you the headphones, the 1-button remote, and the microphone.

The packaging looks like something that came from computer manufacturers and this is the bundled headphone that came free with something else that you bought. But what Koss scrimped on in packaging, they let it go towards the quality of the product.

I couldn’t complain about the packing that much though, because at least it would protect the product quite well through shipping, which reassures me that the headphone would get to me in perfect shape. 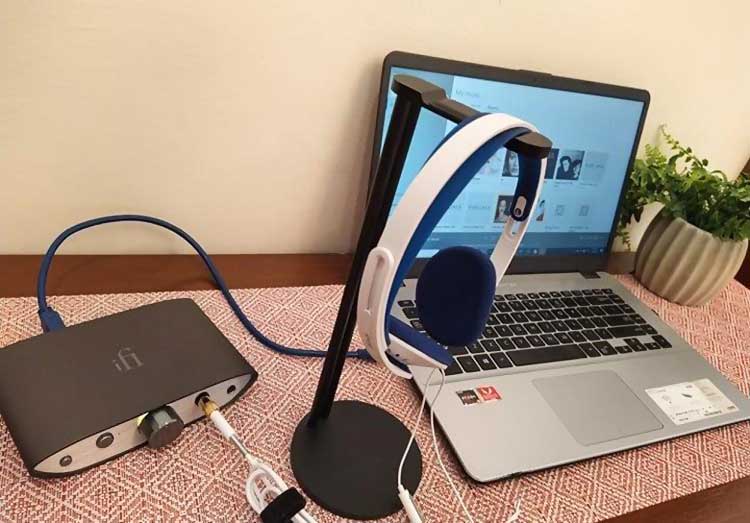 The clarity of these headphones are as expected, they are not the last word on resolution, but they have sufficient performance to show some detail. With the mid-range emphasis of these headphones, vocal tracks tend to shine, as they are emphasized, while still giving the rest of the frequency spectrum some space to shine.

Where there is still bass presence and a dash of treble sparkle where it is needed. Instrument separation is great since the frequencies don’t tend to bleed into each other. So details tend to become quite clear, and pleasurable.

The sound stage of the KPH30i is quite wide, given that these are very small, on-ear open backs. The sound is still in your head, but there is a sense of width and depth giving the listener an illusion of some depth and width, which is all in front. So it’s quite good for an open-back on-ear headphone.

The bass in these headphones is present, but not overbearing. The mid-bass is on the leaner side, closer to HD58X levels than Porta Pro levels. For the sub-bass regions, however, it drops off quite sharply, even when compared to more neutral dynamic headphones like Sennheiser’s HD600.

The quality of the bass is quite good though, not boomy, and does not bleed into the midrange, and it really gives way to the other frequencies. This gives the headphone more clarity

This is where the KPH30i shines! With the bass not bleeding into the midrange, it leaves the vocal tracks crisp and clear. The presence of the vocals become quite apparent, and they become quite forward, but not too much so that the instruments will still be apparent.

Both male and female vocals seem to stand out with these headphones, as other instruments are sent to the back a bit. With better upstream gear, the midrange is even better, it adds a bit more clarity and dynamics to it, giving life to the vocalist, further separating him/her from the other instruments.

The treble in the KPH30i is sufficient to the point that there is presence, but the treble doesn’t overshadow the vocal tracks. They tend to give way more to the vocalist, but it’s still there, and quite articulate.

I can find that when I listen to guitars or cymbals, they tend to sound about right until you start to hear the decays disappearing just a tad too quickly. The clarity and quantity of the treble are there, but it gives way to the midrange, giving the headphone an overall more balanced presentation.

These headphones are not that hard to drive, at 60Ω, and 101dB SPL, I can even drive them off a smartphone. You won’t get the best of them through your phone though, as driving them with better gear does have its benefits.

I tried plugging them into my Audioquest Dragonfly Red, and they really opened up. The dynamics were immediately extended, and the background became much darker than on any regular phone.

With desktop DAC’s, I tried the iFi Zen DAC, and it sounds great with it as well. Given that the iFi will sound a bit warmer than the Dragonfly, The KPH30i did not sound too boomy nor did the bass overpower the midrange. I can say that the KPH30i plays nicely with both since the headphone is very neutral, to begin with.

So AMP and DAC matching won’t be too much of an issue, just make sure that there is a good amount of power to give the headphone some headroom to play around in. 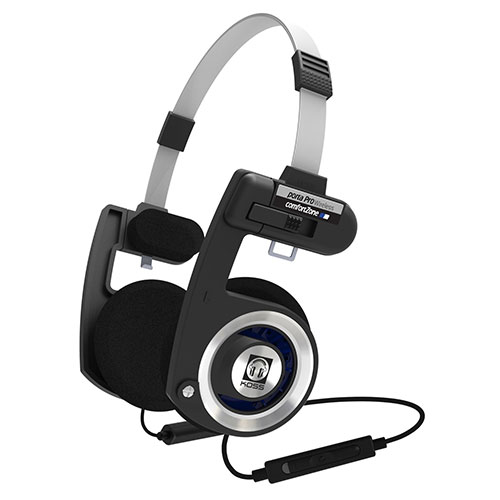 Compared to its much older and more venerated sibling, the KPH30i is no slouch. In terms of build quality, I would say that it’s a toss-up between the two. If your need is to bring it along on the road a lot, then I think the Porta Pro’s build is more suited for that kind of use.

However, for comfort, I would take the KPH30i any day, since the Porta Pro’s adjustment sliders will snag all the hair out of anyone’s head. The clamping force of the KPH30i is also much more evenly distributed, unlike the Porta Pro’s more focused force on the temples.

The pads are also slightly bigger, giving the KPH30i a slight edge on the overall comfort. I believe that the comfort of the KPH30i is more suited for long listening sessions than the Porta Pro.

In terms of sound, it’s evident that the 2 headphones share a lot of their DNA. They have similar sound stage and clarity, but they differ quite a bit in sound signature. While the Porta Pro’s will be a bass head’s dream, the KPH30i tends to sound a bit more mature, with a more balanced overall sound signature, giving it much more versatility in terms of what genres it will play nicely with. 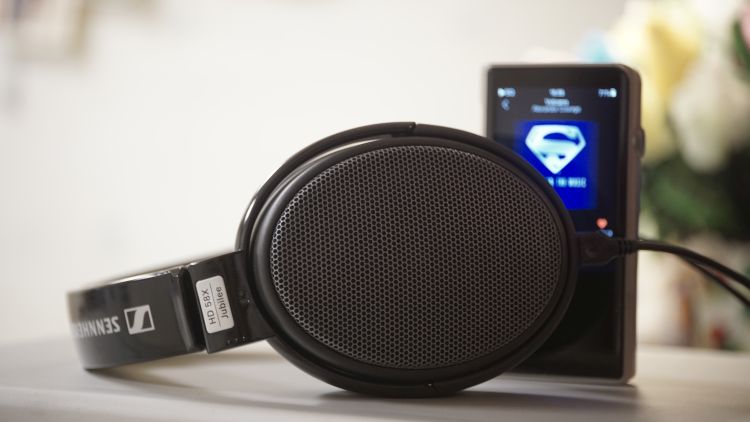 It might be quite unfair to compare the KPH30i to a headphone 3x the price, but hear me out. The HD58x, of course, would take build quality hands down. The frame is much more well built, and the design is tried and tested, and it’s built like a tank.

I’ve seen HD600’s from the ’90s that are still around until today, so that’s truly a testament to the build quality. But the KPH30i is much lighter on the head, and would really be nice of longer listening sessions.

In terms of sound, they are quite similar. They both have similar sound stage widths and heights. The sound signature is also quite similar, in that they are both very neutral, but I’d say that the HD58X would have an advantage in terms of bass and treble extension. Think of the HD58X as the big boy version of the KPH30i, something that the KPH30i would probably aspire to become when it grows up.

The KPH30i is a headphone that you might think you can easily find if you would rummage through a computer parts bin, but it truly is a gem in the rough. Although it’s not exactly portable, with the solid and unfoldable frame, it’s light enough and durable enough to be thrown into a bag when you need to bring it on some trips.

If you gravitate towards great midrange, and a healthy and open sound stage, this will be a great option for you. It manages to keep the vocals clear while not taking too much away from the highs or the lows.

The KPH30i is the modern version of the Porta Pro, and I dare say, it’s a more mature take on the venerated classic. They’ve done it again, and Koss has made me come back to them a 2nd time after almost 10 years.