The HEDD Audio HEDDphone is a debut full-range Air Motion Transformer open-back circumaural headphone offering a world-class performance. It is priced at $1899.

Disclaimer: The HEDD Audio HEDDphone sent to us for the purposes of this review is a purchased unit at discount in exchange for our honest opinion. Thank you to HEDD Audio for giving us this opportunity.

You can read more about headphones we have reviewed on Headfonics by clicking here. 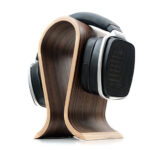 HEDD Audio HEDDphone
"The HEDD Audio HEDDphone is a new path, a new direction, and a unique sound. It is not a planar headphone sound, neither dynamic nor electrostatic but it successfully mixes some of the best traits of each to paint a massive presentation, huge depth, and wonderful clarity."
Slide here to add your score on the gear!209 Votes
8.9
8.9
Reader's Score
$1899
HEDD Audio

There is always one headphone launch every year that stands out a little from the crowd. Be it design, performance, or technology that certain headphone tends to capture people’s imagination that others might fail to do.

HEDD Audio’s HEDDphone may well be that headphone for 2020, in much the same way last year we had the Meze Empyrean to many or the Diana Phi to others, two headphones that walked away with the awards in 2019.

Heinz Electrodynamic Designs (HEDD) are not new to the audio business but this is their first headphone launch. The key is the driver, this is a full-range AMT headphone that has never been done before.

More than that, people are speaking about it in relation to $3-4k flagship headphones yet the price is $1800. Still no spare change sticker but it is wonderfully refreshing to see a headphone come out with this level of performance and not cost the earth.

I think it’s very important to emphasize that ‘full-range’ sticker for the HEDDphone AMT driver technology because AMT is not something new to headphones. oBravo has been doing AMT in their IEMs and headphones for a few years now but that is a hybrid design with AMT being used in a classic tweeter configuration alongside a dynamic driver.

The HEDDphone is very different in that it is a single AMT driver that covers the full frequency curve and not just one aspect so the sound is ‘pure AMT’ in a sense. So, just what is AMT?

AMT is an electroacoustic transducer, unlike traditional planar ribbon designs. In contrast to a planar ribbon, the diaphragm of an AMT is of a pleated shape similar to a bellows design, (think of an airbag). Unlike conventional diaphragms, AMT diaphragms are made of mylar ribbon, bonded with conductive aluminum strips. 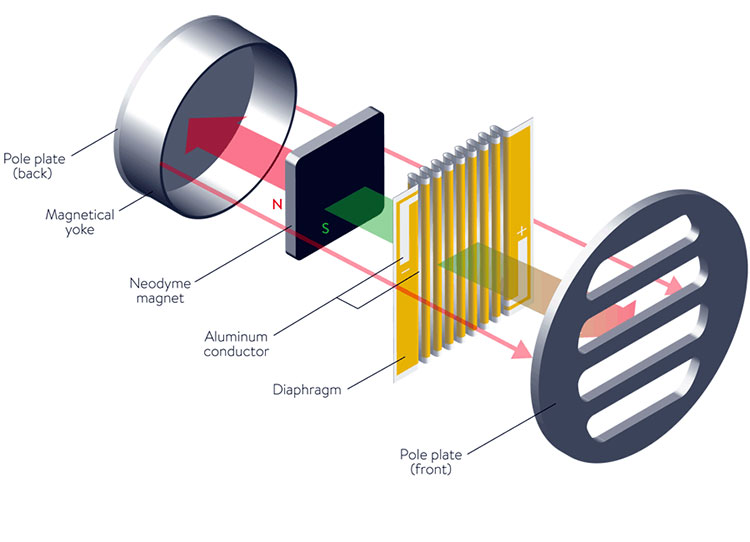 They are designed in such a way to have a much lower mass than conventional diaphragm with a much smaller surface area, by up to 80% on traditional speaker designs.

This mylar ribbon diaphragm is then suspended within a dipole magnetic field creating a very tight and tense pressure environment that basically means when a signal is passed through the folded pleats of the mylar ribbon design it moves air a heck of a lot faster than conventional designs, up to 5 times faster.

As such AMT is perfect for exacting or demanding audio passages with fast transients where conventional designs might struggle to keep up.

However, for many AMT is essentially a tweeter driver with a more limited range. In order, to develop a proper full-range driver with a linear response (10Hz to 40kHz), HEDD Audio has introduced its proprietary VVT Technology. This is essentially a new diaphragm geometry that is variable rather than fixed in structure with variations in both width and depth.

The rating on these will likely mean a very good amplifier to maximize their potential. You can read more about how that panned out on page 2 of this review. The HEDDphones AMT driver is rated at a reasonably 48Ω but it is really the current demand where these are more demanding at 87dB SPL. That not quite Susvara or HE6 territory but pretty close. 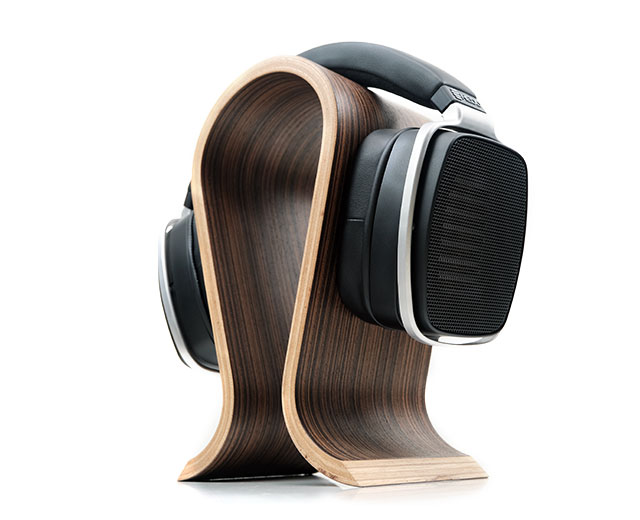 Now, this is a big open-back circumaural headphone and a heavy one also at 718g. A lot of the design principle behind such a large form factor comes from the need for the billowing effect of the AMT driver to have some space to work with.

Ironically, this is not the biggest headphone I have ever had on my head. That honor goes to the Jecklin Float which I bagged back in 2012 much to the amusement of most who wore it thereafter. Is it the heaviest headphone though? Yes, most certainly but as you will find out below in our comfort section it is surprisingly comfortable with excellent poise.

The overall utilitarian design aesthetic is not as flamboyant as the Empyrean or as funky as the Diana Phi from Abyss but it is incredibly well put together and does not feel remotely cheap to the touch.

This is a healthy mix of silver-finished aluminum for the gimbals, spring steel for the headband arch, and solid black plastic molds for the cups and honeycomb grills.

The pads and headband are both constructed from a perforated protein leather with the headband have an additional inner velour finish for additional comfort. The gimbals extend right around the cups which in turn produce a nice little two-tone accent between it and the monolithic black of the cup plastics.

The grills themselves have enough of an opening to allow you to peer right onto the pole plate and diaphragms themselves. It actually produces a very photogenic result, something you will probably see scattered all across the web with various searches. 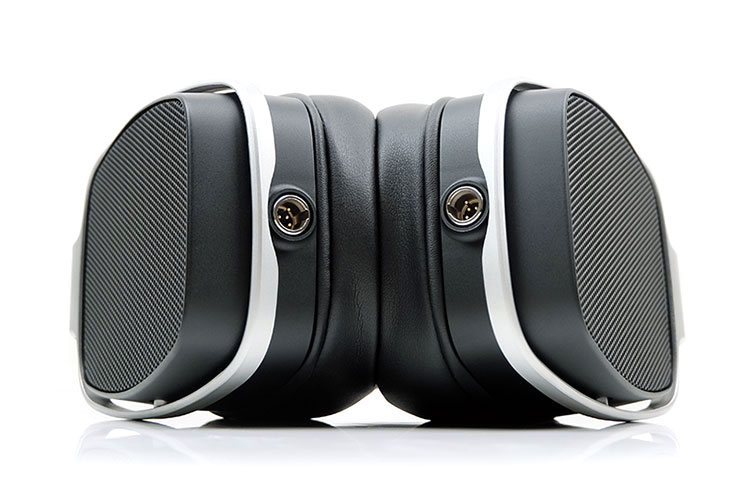 The HEDDphone uses a dual entry mini-XLR connection system which is located at the base of each cup. The cup symmetry is fairly perpendicular so you will not get an immediate visual cue on which is left or right based on any cup slants. Instead, you have to refer to channel labeling on each side which you can find on the inside of the headband stopper blocks.

One more thing to note for those thinking of cable rolling, the pin configuration is not quite the same as an Audeze mini-XLR wiring or something similar. It all has to do with pin no 1 and how it is wired for polarity. Audeze uses pin 1 for negative signals and HEDD Audio uses it for a positive signal on the HEDDphone.

Now, before you panic and call it a day and use the stock unbalanced cable only, two things. The first HEDD Audio now offers a balanced version of their cable which you can buy direct from them or their dealers. Problem solved so to speak.

However, the polarity is reversed on both drivers so there is no risk of relative phase reversion, rather it is an absolute phase or both drivers at the same time. That means there will be no distortion and the effects are negligible on the final output.

Is there is a risk of change? It might depend on how well trained your ears are for hunting down nuanced changes in layering and separation. Certainly, the effect is going to very subtle. Sadly, we do not have the new balanced cable from HEDD Audio to compare but we do have a phase inverter option on the dCS Bartok to be able to create a similar comparison. 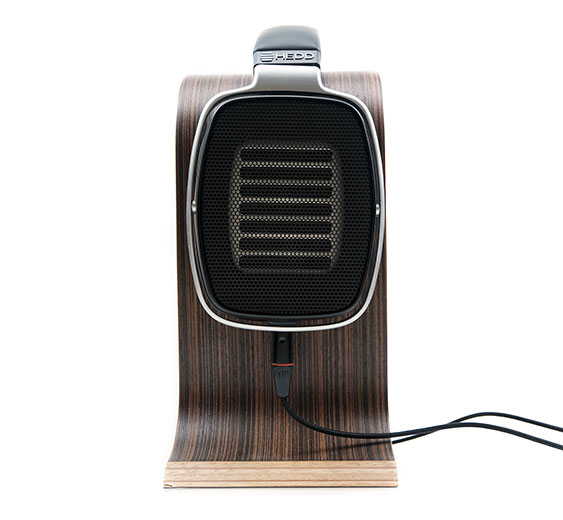 As for the HEDDphone stock cable, this is a 2.2m, OFC wire in a nylon jacket with a 6.35mm unbalanced stereo termination for the jack and that mini-XLR finish on the top-end beyond the split. There is no mention of gauge so I will presume its around 22AWG

In keeping with the general aesthetic of the headphones, the HEDDphone cable is an all-black affair save for a red ring for the right channel connector barrel.

It has a robust but lengthy strain relief covered by a stiffened shell at the base of the jack and a more rubbery black finish for the connectors. The black plastic splitter has a fairly small non-descript form factor so it does not really add any perceived weight to the cable.

The wire is twisted on the inside but the nylon jacket does give it a slightly stiff quality to the handling with a tiny bit of memory retention also. Microphonics is not an issue, rarely do you get perceptible physical noise on an open back headphone cable unless it is brushing your collar heavily.

That is the final caveat though it did not affect me with the stock cable is the straight down angle of the connection. It does make the cable run into whatever collar you have on and could create some brushing and friction. An angled socket on the HEDDphone would have cleared that better. 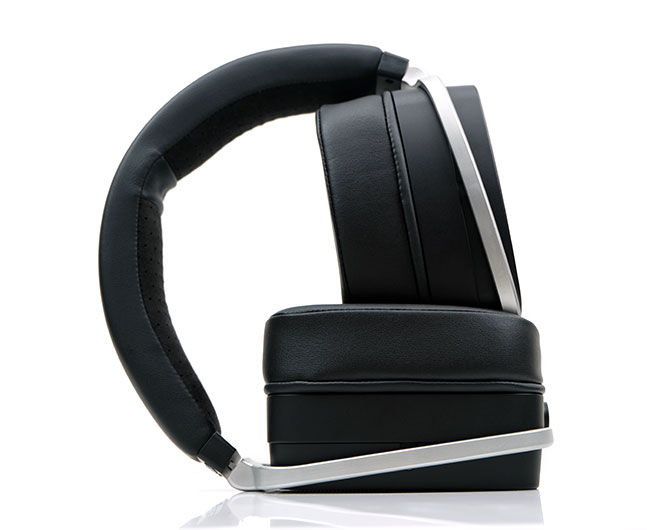 Despite that size and weight I actually found the HEDDphone to be fairly comfortable with a very precise pressure displacement that perfectly balanced the vertical and lateral weight.

The screw lock swivel on the gimbal allows just enough pivot for a precise placement around the sides of your head while there is just enough vertical cup articulation to ensure the pads grip your head without feeling they are constricting.

The protein leather and velour hybrid headband and those deep wall pads are absolutely necessary to mitigate what otherwise might be making to an elephant on your head.

Can I sense the girth? Oh yes, do not get me wrong, the HEDDphone feels big and heavy on your head. However, coming from Audeze, RAD-0, or a HE-6 they do not feel heavier and in fact, generally more comfortable for me.

There are some other factors in wearing the HEDDphone that do need to be aware of. It does feel like an exercise in deportment and my feeling is an extreme head tilt downwards might tip them forward. It has yet to happen to me but there is a little forward momentum when it happens.

The second factor is the head size. I do think the very tall pads will cover most head sizes but the slightly short band adjustment might not cover them all. YMMV on this one so I cannot vouch with certainty, just a hunch.

The final factor is the accordion effect of the HEDDphone diaphragm which creates a crinkle noise effect when first putting them on. You can test it by applying some light pressure laterally on the cups with your hands. 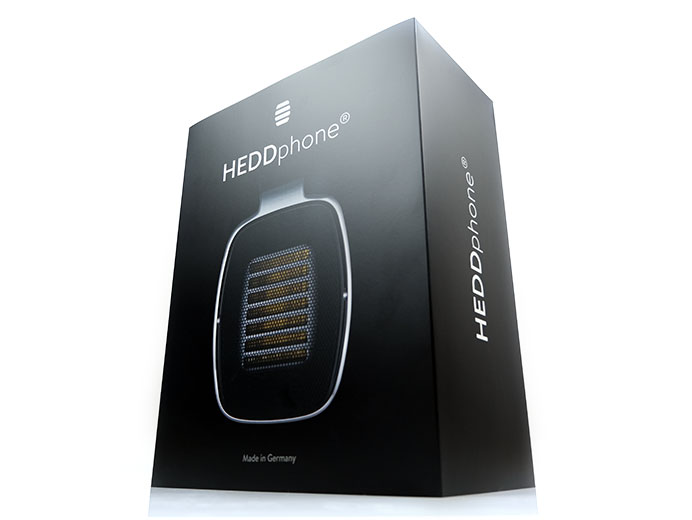 Big headphones do mean a big box and oh boy the HEDDphone retail box is impressively big. It does follow traditional headphone box designs so in keeping with the minimalist design the box does lack a sense of lavishness.

Instead, it is efficient and design for maximum protection with plenty of recessed foam space for the HEDDphone on the inside and a separate accessory box with the cable to the bottom of the package. Nestling on top is a single vinyl page with your serial number, an introduction to the HEDDphone technology as well as the technical specifications.

I do feel a further carry case is necessary but quite how they would work that into a retail box without the logistics manager in HEDD Audio having a heart attack I am not sure. Something akin to the old beyerdynamic soft square zipper bags with foam cutouts would be ideal for these headphones. They also would fit easily into that box.