FiiO E10 review – A lot of boxes have been ticked!

Well, well, well what do we have here? A cute little thing with a volume knob, a 3.5mm headhone jack, a bass boost switch, and a line out at the back along with a coaxial digital output. We have here a DAC with a headphone amp that is powered straight from the USB port of a computer. Hmmm, I think I’ve had one of these before. Oh no, wait… that was a nuforce uDac. I once owned and loved the uDac but thought it didn’t stand the test of time due to its lack of neutrality. The uDac had great value for the price and although there were some mixed reviews around the internet, I wouldn’t knock them down for their imperfections since it was the first time I’ve seen such a cool little thing that could decently power my 300 ohm Sennheiser HD580s without the amp needing to be plugged into the wall. To top it off, at $99 no portable amp that I have ever tried came anywhere near as good as the udac at driving my 300 ohm cans.

Now comes the FiiO E10. You may wan’t to know the bottom line right away and ask whether it sounds good or not. To make the long story short, the e10 kicks ass!!! You may now stop reading and order one on the spot. If you want more of the juicy details then please read on.

Here are some technical stuff in case you need to know:

So what you get when you buy the E10 besides the awesome E10? Well, you get the basics. The E10, a USB cable, and some rubber feet packed in a cool looking tin can. Hey, maybe I can use this tin can to use as a chassis to make my own diy amp hehehe or maybe FiiO could sponsor an E10 tin can amp building contest.

Enough with that silliness, lets get to the good stuff and talk about how they sound.

Right off the bat, I knew the E10 was a keeper after I started listening to my AKG k141kII cans on them. I always liked my AKGs from the day they came out of the box, but this was the first time I’ve heard them sound this clean and free from distortion. It is as if a layer of bloat and grit was turned off coming from the sound of FiiOs own E9 Amplifier.

I’ve always thought the E9s were lackluster with low impedance cans like my px100-IIs but I didn’t really mind it that much since I was using my 300 ohm sennheiser hd600s with them most of the time anyway.

I am not going to describe my wonderful time with the E10 and the AKG K141 in gory detail since these aren’t very popular cans that many people can relate to. The only thing you have to know is that the E10 drove the moderately hard to drive 55ohm K141s with grace and aplomb. I can only imagine how good they will be able to drive more sensitive low impedance headphones. By the way, I was using the high gain setting with the bass boost off when listening to the AKGs. I listen to my music LOUD most of the time and the E10 not only delivered while on high gain but also sounded better with that gain setting at the same time. 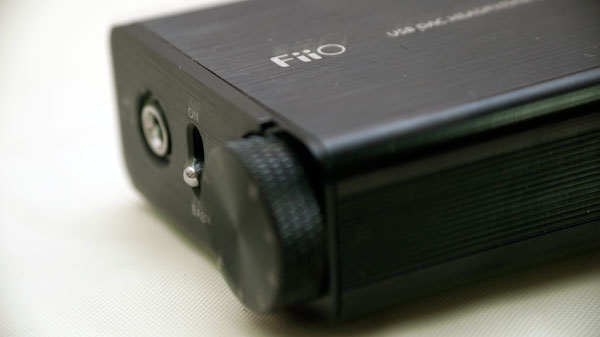 Now lets talk about the E10s driving my HD600s. Did they do the job right? The answer is yes. The E10s are actually quite impressive with the HD600s. I can only sense a slight squashing in dynamics with the punchiest of tracks at the highest volumes. This is not even a gripe of mine though since they handle these peaks of power with finnese and no trace of any harsh clipping. This is not a feat that is usually tackled by the typical portable amp. The Nuforce uDac also had a similar way of softening the loudest crescendos by the way and that first version of the uDac was a pretty powerful little bugger at that. The thing that the uDac cannot match the e10 in is in their tonality. The E10 just has a much smoother, less grainy sound that is both less fatiguing in its lack of harshness while being airier at the same time. The uDac was dry and rolled off on top sounding more forward in the upper mids, slightly more aggressive in the lower treble while having less of that clean sparkly sheen on the topmost shelf of frequencies. As a result to the E10s lack of these peaks that the uDac had, they sound fuller and more complete from top to bottom. All this goodness that the E10 has must come at a price, Right? WRONG! The E10 is even less expensive than a nuforce uDac at the street price of around 80 USD. 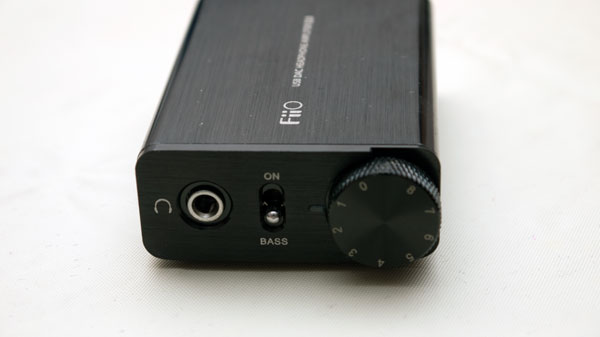 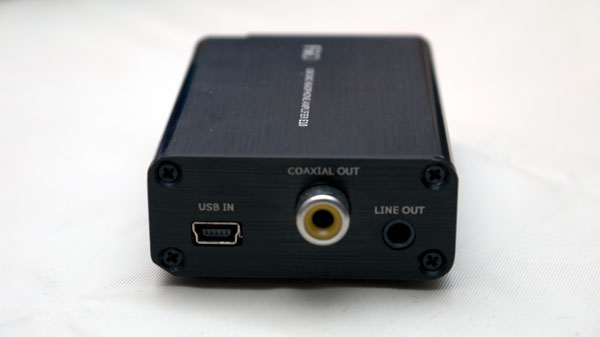 What about the FiiO E9 Desktop Amp? Does the E10 render it obsolete? Well, yes and no. When using a headphone like the 300ohm HD600, the E10 is still a little lacking in gain/volume for the quietest old original masterings of a few albums. These are not very common these days due to the loudness war trend but to name a few that I have came across while listening today, they would be the first original pressing of Duran Duran’s selt titled album(White album) and Clair Marlo’s “Let It Go”. With these recordings, the E9 just slays the E10 when it comes to volume and slam with the HD600s. However, the sound quality of the E10’s amp section is slightly more refined than that of the E9s.

The graininess of the E9 doesn’t show up as much on the HD600 as much as when I am using my low impedance AKGs, but a hint of that graininess is still there. I think the E9’s problem may be its higher output impedance. Whatever it may be, the E10 sounds slightly better to me when the volumes of both amps are matched with either the HD600 or the K141. The sound of the E10 is a little more neutral and slightly less bassy than the E9 sourced with FiiOs D3. Don’t worry about bass though because if you feel like you need more of it, the E10 comes with a bass boost switch that can put out some clean non-distorted boom to the sound when you are so inclined. 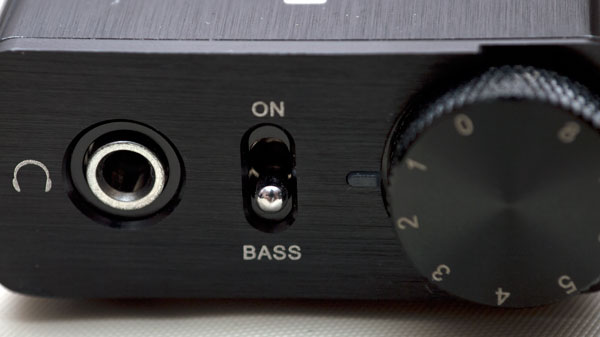 I know that you may now be asking yourself that what if the graininess of the E9 amps sound is coming from the $30 D3 DAC it is connected to? Well, I compared the D3 and the E10s DAC section by both making them run through the E9 Amp to answer this question. The two dacs are actually pretty similar sounding and both sound much smoother and less irritatingly bright than the dac section of the FiiO E7 DAC/AMP unit which is why I don’t use the E9 amp as a combo with the E7 DAC docked on top of it anymore. I can’t really even make any definitive statements about what the exact differences between the SPDIF based D3 DAC and the USB based E10 are because even the cables going from the D3 to the E9 made more of an impact to the sound than the difference between the two DACs.

Even reversing my cheap straight mini to mini cables made more differences to the sound than between the D3 and the E10s dac section itself. I have a feeling that the e10s dac section may even be better than that of the excellent D3 since it is already very slightly more neutral even when using some cheap mini to mini cables against the Pro Co diy RCA to miniplug wires that i’m using from the D3. To double check if my ears were acting up, I just tried putting back my less than a dollar miniplug to RCA interconnects in between the D3 and the E9 and there it was… The mud was back. That just proved to me that I wasn’t going deaf in not hearing big differences between the two DACs. Heck, they were even more similar than comparing the sound of two interconnect cables with each other which is not even something that all audiophiles believe in to begin with.

So like I said near the beginning of this review, The E10 is Brilliant! The FiiO E10 DAC/Amp would be a musical sounding audio toy even for audiophiles exposed to the highest end equipment out there. You can do far worse when buying DAC/Amps at even triple its pricetag or more. Some of this more expensive stuff out there have extra bells and whistles but forget that the most important thing that a piece of audio equipment should be doing is to deliver the music in a natural fashion. Natural Sound? Check, Power? Check, Value? Check. The E10 delivers in all those aspects and then some. Highly Recommended Indeed!

Using my Sennheiser HD600s and AKG K141mkII for high and low impedance testing, these were the setups used during this review.