Of course, being a custom monitor you can create your own design but after much discussion, we decided to go with Empire ear’s Signature Galaxy plates and a complementary translucent orchid shell. I have seen this combination before so it is not unique to me, others have it but damn, it looks so good in real life. It also is a doozy to take pictures of with plenty of pop on that front plate color scheme.

The design is finished with Empire Ear’s silver “E” logos though you can choose wings in a gold finish or your own artwork depending on how crazy you want it to be. Being a triple driver allows for a slightly smaller form factor compared to the Phantom which is a little bit bigger than the Valkyrie in real life. 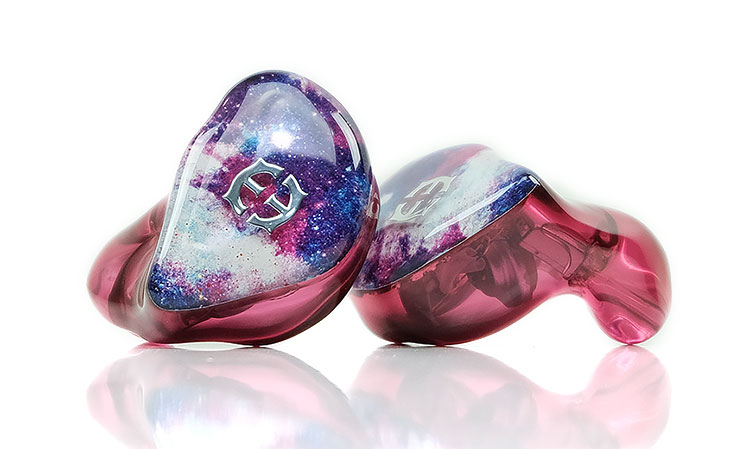 The Valkyrie also does away with the horn nozzle design so this time we have a tri-bore structure that goes right to the tip of the main shell. I would advise holding onto the cleaning brush for this one to prevent the bores from becoming clogged. The dynamic driver venting is also very subtle with 3 tiny holes at the top of the main shell in a triangular formation. 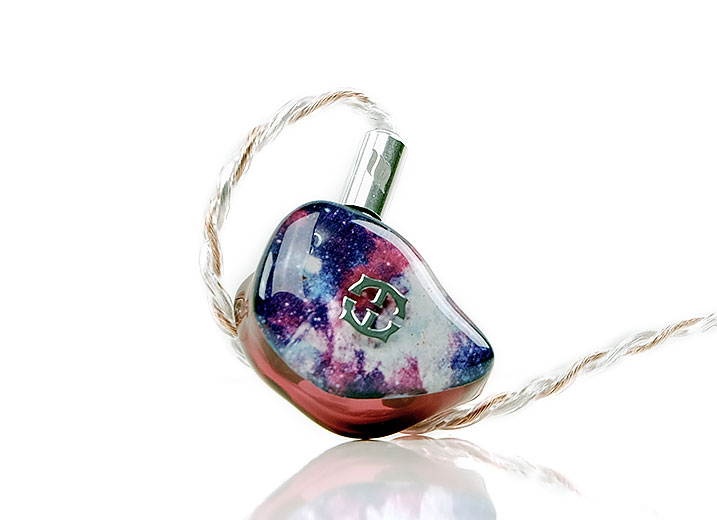 The Valkyrie comes with the excellent Effect Audio Premium Series Eros II cable worth $279.90 alone. This is a 26AWG UPOCC Litz copper/UPOCC silver hybrid cable wrapped in EA’s UltraFlexi translucent jacket so you can see that nice blend of silver and copper wire in its tight braided twist.

The microphonics on this cable are non-existent, as you would expect from any good aftermarket cable. It is also pretty darn soft or pliant, fairly lightweight and next to no memory retention so you will not have any kinks or tangles.

The barrels and splitters are a mix of old and new for me with a lightweight black aluminum branded splitter and adjustable chin cinch as well as the older carbon fiber printed and chrome alloy jacks.

Those jacks are customizable also so you can choose 3.5m TRS or 2.5mm TRRS depending on your preferences. The connectors are not customizable as the Valkyrie design is a recessed socket 0.78mm 2-pin design. That means the chrome barrel EA branded connectors are 2-pin only. 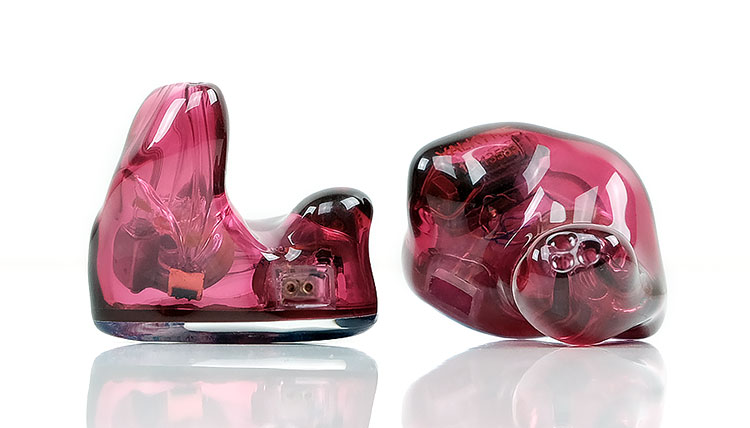 A couple of things to note. You will pick up on some dynamic driver flex when you stick them in your ear. Just the one flex, sounds like a small pop, and after that nothing. Empire Ears are pretty upfront about the flex due to pressure changes in the ear but in case you are disturbed by it, this will happen only the once when you insert in your ear. There is no fault in your monitor.

The Valkyrie, being slightly smaller than the Phantom will feel the snugger of the two in the ear. It also sits a little flusher to the outer ear whereas the Phantom, at least for me, sat out a bit more.

The bass port venting isn’t too bad actually. I have certainly had more porous dynamic driver enclosures. However, the Phantom’s all BA design and lack of vent does offer superior isolation. 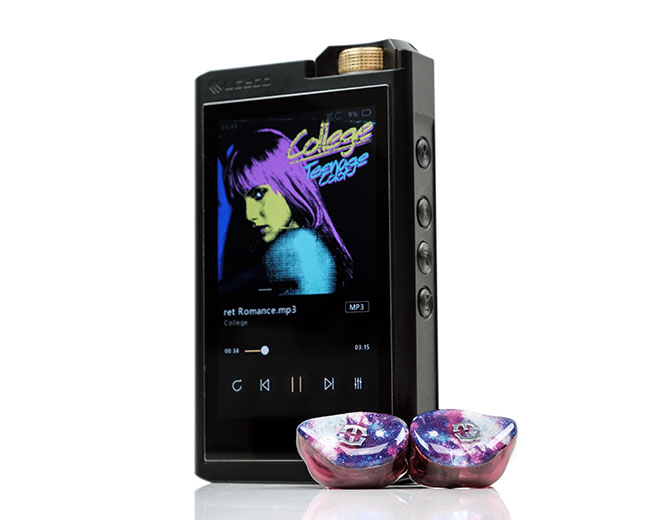 There is no two ways about it, the Valkyrie is the quintessential V-Shaped colored monitor but it is a heck of a fun sounding presentation and what it does, it does brilliantly.

This is not a tuning for the purists, the hi-fidelity nation but rather pretty much a basshead’s dream. If you like your EDM, synth wave, or modern R’n’B production values then the Valkyrie is tailor-made for this.

The sub-bass performance is strong with the Valkyrie showing some excellent depth from that Weapon IX dynamic driver. It delivers an almost malevolent potency with that powerful and addictive bass signature.

Mids are understandably dipped on the Valkyrie but more in the lower-mids than the 2-4k range which tends to rob some of the energy and body from any treble energy. The IE800 is an example of that “distant” upper mids tuning and to be honest my own unit is gathering dust as a result. The Valkyrie has much better energy from 2-4k which needs to happen really to balance out that strong bass response.

As such vocals sit back a bit, more male than female but both suit a sparser modern R’B’ mix than a busy mid-centric rock mix. Vocals actually have a very pleasing timbre with no irritating sharpness. The treble is beautifully weighted on the Valkyrie. I got no problems with how much headroom it is producing.

Often, I find these new hybrids to either sound like a classical electrostatic headphone with a very clean and forward treble or a little on the wetter smoother side but still very articulated. The custom Valkyrie falls on the latter rather than the former. That means you get some excellent detail, extension and plenty of headroom but not quite the forwardness to upset the generally smooth timbre of the Valkyrie.

The Valkyrie is more about depth and good height than width, well at least in that order. The low-end is strong, deep and forward. Instruments that rely on a strong fundamental will deliver a powerful presence in the Valkyrie’s staging such as kick drums and synth bass notes. Lower-mids instruments are well back and have a lot less presence.

Anything straddling 500-1k is going to sit a little behind that 1-4 range on the Valkyrie which tends to stretch the stage front to back. That being said it doesn’t smear like the Fearless Audio Roland so imaging is not bad actually. However, using a single BA for the mids means it just a tiny bit lightweight in comparison to that Weapon IX.

The Valkyrie 1-4k range is more forward but again just a shade on the light side so staging wise vocals that pitch higher and percussion have good presence but a bit light in tone and weight. Treble extension is really good with plenty of headroom and air. That element keeps a decent level of separation further down which in turn, helps the Valkyrie’s level of clarity despite that lower-mids dip.

From 20Hz to 700Hz the Valkyrie is gentle “L-shape” with a sub-bass dominance and at least a 10dB difference from the tip of the sub-bass elevation to the lowest point of the lower-mids dip.

That means power, but the warmth is not huge, at least not a Phantom style of warmth into those lower-mids. The drop is consistent, if not linear even from 40Hz onwards so mid-bass is playing second fiddle. It is less of an outright punch and more of a rumble, an almost tactile presence.

The decay is a little on the slower side as it should be for a dynamic driver but it is by no means a slow dynamic driver and retains excellent texture and detail. No smear here or annoying bloom.

I have to be honest, I do enjoy this kind of bass tuning when they can control that warmth bleed, even if the lower-mids loses an element of richness and presence. It becomes less sloppy with a milder bloom and much better for bass fundamentals. 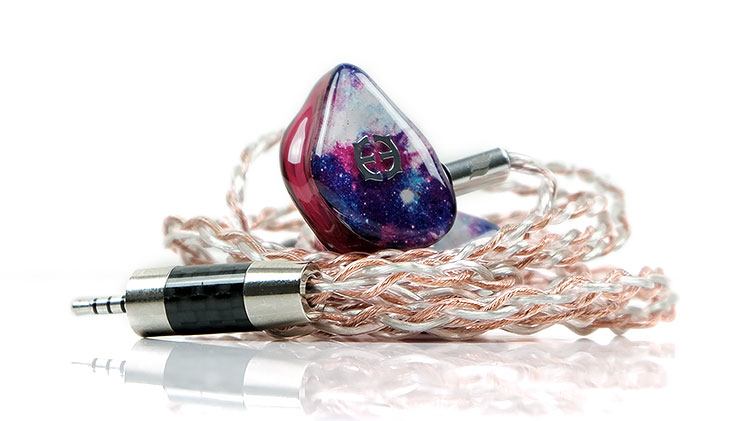 If you are looking for rich thick notes, strong lower-mids instrumental presence, and a more organic vocal timbre, then but the Phantom. No kidding. The dip in the lower-mids on the Valkyrie is accentuated by that strong low-end but it is not an accidental quirk or bad tuning, it is exactly as it should be for a V-shaped monitor.

As much as the lower-mids to 1k is dipped and lacking in a forward tuning, the 1-4k upper mids performance is the exact opposite with a much more forward positioning. Anything pitching in this region has a lot more presence and acts as a solid counterbalance to the low-end power.

The body is a little bit better here and certainly compared to the likes of the POLA39 I find them to be more liquid and smoother in delivery. However, it is still not an overly organic warm tone, just slightly more even harmonic and satisfyingly low on sibilance. Any vocal below the 1k marker sounds a bit distant and lacking in body. Anything beyond, mainly female vocals, are more forward and smoother sounding.

An absolutely excellent tuning for the Sonion electrostatic tweeters. Only the VE Elysium and the Noble Khan’s piezoelectric tweeter I think has done this treble tuning better or with more confidence.

Let me explain the difference though. The Khan is truer to a traditional electrostatic treble sound being forward, clean and exacting but also hyper-extended. The Elysium has more of a balance and not quite as dry. The Valkyrie opts for the latter over the former so it is more of a fine balance between excellent clarity and good body.

There is a tiny bit of fade on the upper treble with more lower-treble presence to get that balance just right. Too much the opposite way for me always sounds more disjointed and too lean. As a result, the Valkyrie treble injects that necessary contrast to the bass without overwhelming the mids produces a better percussion harmonic balance and injects solid headroom for everything to breathe. A very satisfying result.

Click on page 3 below for Matchability and Select Comparisons