The Ares II 8W tonality surprised me and in a good way. Traditionally, copper cables are promoted for their lush, smooth signature combined with a weighty and thicker low-end. However, the Ares II 8W is a cleaner sounding cable with a relatively linear low-end, a neutral and detailed midrange and good treble energy. In an odd way its something I would expect more from a competent silver infused cable.

Certainly, in comparison to something like the Orpheus MK5 22awg 8-wire, it is almost a complete departure given its a dense sounding low-end dominant traditional copper sound. There are still some key elements of copper in the presentation, most notably it still retains a fairly smooth attack and decay. The Ares II 8W is in no way sterile though. Upper mids and vocals, in particular, are brought to the fore compare to a lot of traditional stock OFC cables more laid-back approach.

For example, the stock Litz cable on the Andromeda has a slightly bloomed low-end which the Ares II 8W pulls back a little making it much tighter sounding but reducing sub-bass presence. The Westone EPIC cable will push the low-end quantity and sub-bass presence even further than the CA Litz but sounds very soft and ill-defined. Ares II 8W is still a punchy low-end performer but it is tighter and more refined sounding than either of these cables.

The Ares II 8W also pushes the mids further forward, clears a veil if you will from Westone EPIC and fills the stage better than the slightly hollower sound of the stock cable CA Litz. Vocals and upper mids percussion that may have had a slight upper harmonic imbalance now have a smoother attack and decay. Moments of sibilance on brighter recordings do not seem to be as noticeable. Certainly, with the Ares II 8W you are going to hear much more percussion presence and perceptible articulation but it not at the cost of the presentation becoming fatiguing or sharp sounding.

Treble in a particular gets a leap in energy without ever sounding harsh. I enjoyed the better upper treble presence and air on the Andromeda with the Ares II 8W compared with the stock. This is a cable that does perform better than the stock Litz in that regard without pushing it so much that it becomes harsh or peaky. 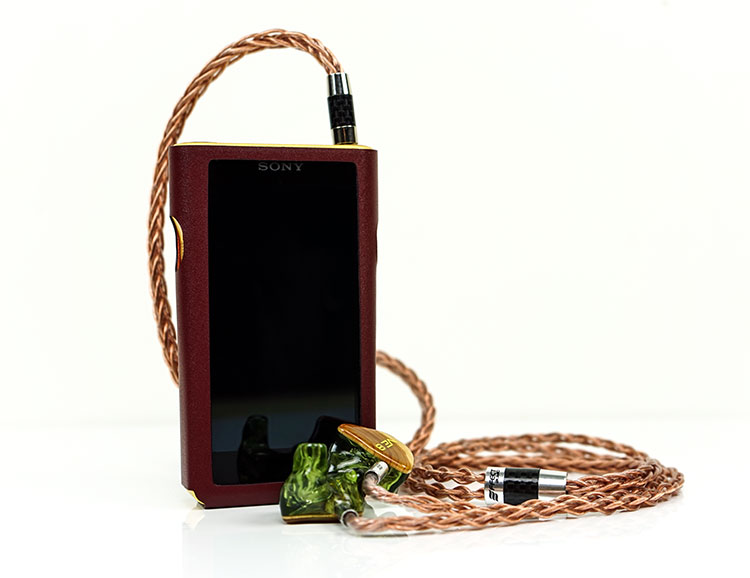 The Ares II 8W is exactly the type of first-time upgrade cable you would go for if you feel your stock variant is too laid back, veiled or lacking in dynamic range. If it not the type of copper cable if you want even more sub-bass presence or generally a large amount of low-end girth and physicality.

Ares II 8W is designed to clean up the presentation with a particular focus on vocal, upper mids, and treble energy. One such flagship IEM that benefitted a lot from this presentation was the JH Audio Layla. Their stock cable really is quite woolly sounding in comparison with a very attenuated top-end and a bloated and slow sounding bass when the bass boost is pumped up. Its huge in quantity but could do with more control.

The Ares II 8W does just what I need it to do. The low-end is tighter, punchier with less bloat, the mids are cleaner with more upper mids energy and vocal focus and the treble is airier with more energy. Just because your flagship CIEM is expensive doesn’t always mean you have to buy an expensive cable to get better results than the stock cable.

That cleaner signature does not mean avoiding brighter or more treble present IEMS either. The Andromeda is a good example of where the cleaner presentation of the Ares II 8W actually sounded more refined in its treble performance over the stock cable. Yes, you will lose a little low-end weight but the vocal and upper mids sounded smoother with far better focus.

The MK5 we have yet to release a full review but we will do in due course. This is a UP-OCC 24AWG 8-wire 1.2m IEM cable with a similar price point to the Ares II 8W. Despite its similar wire count, it is physically a small cable build meaning it is slightly lighter and a little more pliant. Both have the exact hue and tone from their wire and side by side you cannot tell which is which save for the physical size of the Ares II 8W cable being bigger.

OC use in-house branded terminations for the MK5 including a cryo-treated OC 35CFRT 3.5mm jack and TCGP 2-pin gold plated 0.78mm sockets. Both cable jacks have a carbon print finish and both use slide on and off chrome plated connector barrels with their logos on the side as well as clear L/R on each side. 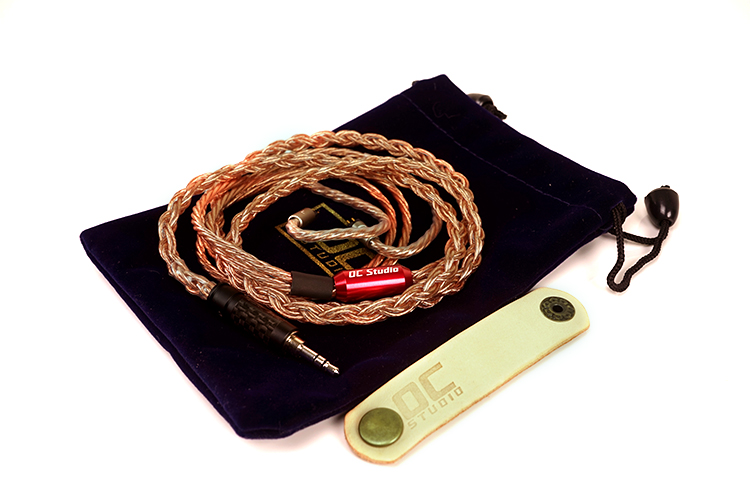 The MK5 is a thicker or denser sounding cable than the Ares II 8W. It has more low-end heft and physicality than the slightly lighter but still punchy Ares II 8W. If you want a bass head cable and a glorious powerful sound then the Orpheus MK5 8-wire is an incredible entry-level cable to start with. However, beyond that low-end power, it becomes a bit darker than the Ares II 8W which shows off a wider staging capability and a cleaner more neutral midrange.

Vocals are further forward and more open sounding and generally, the Ares II 8W presents a more spacious presentation. The Ares II 8W treble also has the better extension, sparkle, and air. The MK5 does not use multi stranding as far as I can tell so it has a more traditional copper sound which is thicker but also slower sounding and more laid back.

The Taurus is another entry-level copper cable but this time only in a 4-wire Type 1 7n OCC Litz configuration. It is a much lighter cable than the 8-wire Ares II 8W, however, its jacket is a little stiffer than the PVC of the EA creation. Thus, it is a bit more flyaway for me and harder to control. The braiding is also a bit looser meaning its a touch stiffer.

This is a very good example of similarly toned cables but one coming in 4-wire and the other coming in 8-wire. If you ever wondered what the advantage an 8-wire might have then this is a good comparison.

In terms of tonal bias, they are still distinctly copper in their approach preferring smoothness over aching clarity. The Taurus also takes a slightly more balanced approach to its low-end so while it has some great weight and texture it is not as dense or “bombastic” as the OC Studio Orpheus MK5 and has a little bit more air to its treble also. It is an easy-going sound in all fairness with a good measure of detail.

However, you will immediately notice just how much “bigger” the Ares II 8W sounds compared to the Taurus when swapping over. You simply get more of everything. More sub-bass presence, better width, and a more immersive and forward sounding top-end. That is not to say you get more detail, I think both are as good as each other in that regard. Rather, the Ares II 8W paints it over a bigger canvas.

To be honest, given the performance and spec of the Ares II 8W I actually think this cable is a bargain. Especially when you take into account some of the competing cables price points. Only the Orpheus MK5 really comes close to matching the Ares II+ at a spec level. You do need to watch out for the weight and handling a bit more, this is a much bigger cable than the pics might suggest.

Tonally, well you are in for surprise. The Ares II 8W does not wear its copper heart on its sleeve in the same way as the Taurus or the MK5. This is a far cleaner and more balanced cable than you might perceive an 8-wire copper should sound like.

You do get some hints though. The attack is smooth, the body is more than acceptable. However, it is more linear than I expected with far more headroom and air and a particularly endearing focus on vocals and lower treble energy. The Ares II 8W is an excellent cable for rock where you need depth but want to lift the veil around the percussion and treble that stock OFC cables tend to offer.

If you are hunting around for plenty of wire for not so plenty of money or a quality copper cable first-time upgrade then the Ares II 8W is a very good choice. Do not be fooled into thinking expensive cables on flagship IEMs is the only way to go because, to be honest, quite a lot of those stock cables are awful. You will hear an immediate difference with the Ares II 8W.