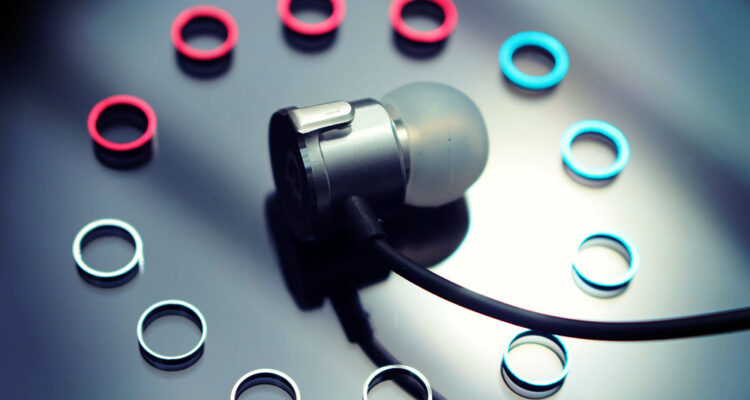 The DUNU DN-2000J is a dynamic driver and 2 balanced armature driver hybrid universal IEM inspired by the high-end AKG K3003 model. It is priced at $347.

Disclaimer: The DUNU DN-2000J sent to us is a sample in exchange for our honest opinion. We thank the team at DUNU for giving us this opportunity.

To read more about DUNU products we reviewed on Headfonics, click here.

DUNU has been in the IEM game for quite some time now and while never a prime innovator of their field during their early stages, they have aggressively climbed the industry ladder and have released some of the most extraordinary hybrid monitors to date.

The DUNU DN-1000 was the first of their triad of hybrids to open the scene with a fun V-shaped signature that masterfully utilized its hybrid set-up for a captivating performance. The DUNU DN-2000 took it one step further to provide an even more articulate bass response, greater depth of soundstage, and better perceived vocal clarity. With just these two hybrids alone, the cult of DUNU supporters has exponentially grown and has earned the company a great amount of respect across the board.

That is not to say that their other offerings failed short, however, as the DUNU Titan 1 also revolutionized the category of semi-open earphones with its titanium-treated drivers. The result is an immensely clear-cut sound with impeccable bass resolution and crisp note portrayal. Consequently, the fascination of titanium drivers and their impact on sound has allowed DUNU to explore options for their soon to be flagship hybrid monitor.

Following many months of deliberation and careful retuning, the latest of the DUNU’s concoctions; the DUNU DN-2000J had finally been unveiled and released. Originally planned to be sold exclusively to the Japanese market, DUNU changed strategy towards an international release following interest among the community; a very smart move, in my opinion.

The AKG K3003, arguably the best universal around, had been the major source of inspiration behind the DN-2000J’s drivers with the company president even buying a pair for analysis. With the K3003’s huge success amongst critics worldwide, DUNU aimed to emulate AKG’s successes by implementing the same hi-res profile of the K3003 as well as its very capable low-end performance.

Priced at a mere $347, the intention was clear; to achieve a K3003 sound at a fraction of the price. This is also evident in the DN-2000J’s departure from the traditional slightly laidback DUNU house sound. 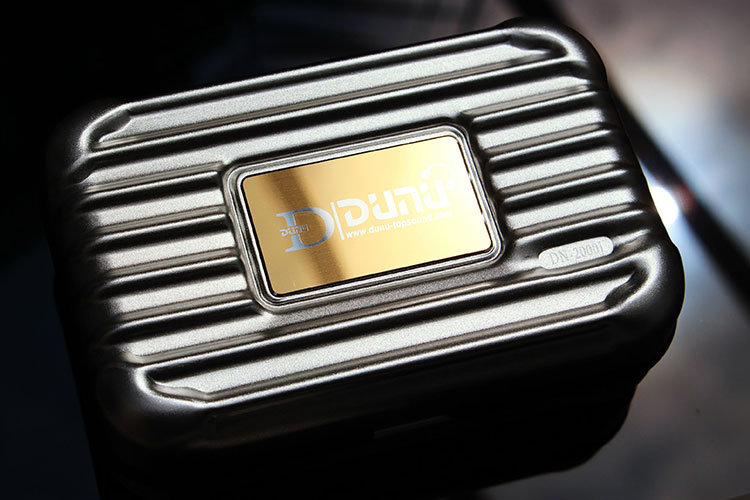 Adopting the same black box packaging as the predecessors before it, DUNU has now tightened up the information presented on the first opening. No longer are there frequency charts or analysis of the different tips on the front page but instead a short summary of what the 2000J is about coupled with specifications of the driver. The information is well presented and spaced out unlike prior packaging; all in all, a solid effort.

Just like the DUNU DN-2000 before it, the 2000Js come fully equipped with an exhaustive array of accessories to accommodate for just about any situation an audiophile can face.

The bass rings are a new option that allows for a more subtle bass boost than the stock signature.

Like the DN-2000, the DN-2000J features solid metal housing but this in time in a more compact form factor with a silver finish. This was a move in the right direction for DUNU as many had complained about the larger housings of the predecessor and the effect that it had had for long term comfort.

The cable itself still remains a factor that could be improved upon as not only does it lack a detachability option but could also be more strongly attached to the housing material. Nevertheless, the cable tie near the 3.5mm jack is a very clever addition to save on pocket space and even tangling issues.

The design of the 2000J even draws on influences from the AKG K3003 earphones with a silver bullet housing and black cabling. Where they differ however is that the K3003 has an even smaller frame than the 2000J with a more vibrant complexion. Both appear as premium products but the AKGs more so due to their silver accented Y-split and more polished housing material.

Owing to the smaller housing, fit has significantly improved since the DUNU DN-2000. However, the side handles have not been eradicated and may still provide a source of irritation.

Though this can be overcome with the silicone wings provided which also act to secure the monitors in your ear. Noise isolation is not optimal but this does not surprise me as it has never really been one of DUNU’s strong suits. Sounds can still be discerned from the outside and thus a decent level of volume is needed to drown out the environment.

The DUNU DN-2000J provides a striking contrast to the DUNU DN-2000. Whereas the DUNU DN-2000 presents with a moderately warm slightly veiled midrange with decent bottom and top-end extension, the 2000J delivers a more forward and brighter analytical sound.

Starting off with the DN-2000J bass, this is one area that DUNU has blown out of the park. That is not to say that this part of the section is overly-abundant because it isn’t. Instead, the bass is the most articulate I have ever come across.

There is some exceptional control and tautness which keep the low frequencies from ever sounding displaced or excessive. Next to the DN-2000, the DN-2000J makes the former’s bass seem disproportionately boomier and slightly less intelligible. I am particularly impressed with how fast the bass decays from note to the next as well as the texture with which it presents.

The bass rings which DUNU has provided this time round allow for an even larger quantity of bass which is ample enough to satisfy those wishing for a strong low-end performance.

The midrange frequencies of the DN-2000J are more forward compared to the DN-2000 but there is still a mild U-shaped imposition where the midrange has slightly less emphasis than the frequency ranges either side of it.

Vocals do not feel distant however and like the AKG K3003 lie just about in the right depth within the overall mix. Clarity levels are stunning and render much more micro-details compared to the DN-2000, Earsonics Velvet, and the Shure SE846.

Typical of a TWFK set, there is no stone left unturned as the 2000J hurls details in a very precise and exacting way. Also characteristic of a balanced armature design, the note presentation leans towards the thinner side and hence those in pursuit of a full-bodied warm sound should definitely look elsewhere.

With that said, the midrange can be edgier and a touch less refined compared to the K3003 though the two are still very similar in this regard. With the Comply tips, however, the midrange becomes less clinical and adopts a warmer tone at the expense of transparency and airiness.

The DN-2000J high frequencies are polarising with some treble-sensitive people claiming them to be too bright. While the overall signature does lean towards that of a bright one where the treble can be perceived as strident, I have not found the treble to be overbearing or displeasing.

There is an excellent extension and air to tracks which make the top-end extremely resolute and contributes to the overall crystal clear sound of the DN-2000Js. Next to the AKG K3003, the 2000J’s high notes are less refined and smoother but consequently more revealing.

Tip rolling has a significant effect on this part of the spectrum with both the Comply foam tips and the K3003’s tips taming down the highs to make for a less fatiguing listening experience.

Overall, the highs are great and the initial harshness does settle down to a degree after burn-in of around 20-30 hours compared to the out of box experience.

The soundstage of the DN-2000J is very airy and spacious but succumbs to the DN-2000’s more expansive and grandiose presentation. This is partly due to the 2000J’s tuning where vocals sound more forward and also due to the top of the line clarity that the 2000J exudes.

Imaging is outstanding and instrument separation is world-class with the DN-2000J easily competing with the AKG K3003.

Having just an iBasso DX90 at hand, the DN-2000J pairs surprisingly well with this device. I would not have initially thought so as the DX90 can lean towards a brighter presentation. Though with the DX90, both the treble and midrange becomes remarkably smoother and pleasurable.

Soundstage opens up even more and there is just a sensational listening experience that goes toe to toe with big contenders such as the Ultimate Ears Reference Monitor and the Shure SE846.

Overall, the DUNU DN-2000J is a technically adept beast with its newly developed dynamic transducer capable of extending up to 40 kHz of hi-res audio. The clarity, the bass, and the imaging qualities are second to none and justify its flagship status.

For those reasons, the 2000Js not only competes with its price range but can also go head to head with the top of the line IEMs. The only perceived downside could be the splashier treble section with the stock silicone tips but then again, dampening techniques help to reduce this.

There is no longer a veil to the midrange or a slightly bloated bass; instead, the user receives a military precise rendition of tracks with both a strong low and top-end performance. Once again, a brilliant effort from DUNU who is now the contender to beat in the arena of hybrid competitors.