The FIBAE 4 is rated at 8.1Ω and 115dB and is mildly sensitive but not on the same level as an Andromeda or Solaris. You certainly do not need additional power beyond a quality resolving source. Like the FIBAE 1, 2 and 3 I do find that the SPL levels to be somewhat higher than I imagined and whilst the FIBAE 4 is the most sensitive out of the 4, it is just not “super sensitive”.

For example, on the Sony 1Z, I have it low-gain at 70 and on the Lotoo PAW Gold Touch its low gain between 70-75. That’s a few steps higher than the Solaris, Andromeda or Vision Ears VE8.

For those with DAPs with higher noise floors such as the HiBy R6 Pro, the FIBAE 4 sounds perfectly silent with no perceptible hiss. This surprised me as the 115dB SPL rating is common to the likes of the Solaris

It does make me wonder if the flat impedance tech inside does play a role in suppressing hiss much like the IEMatch impedance adapters. These cables perform almost to the same level when attached to IEMs like the Solaris.

Note, this is FIBAE and yes there is no low-impedance skew on the old R6 and the Shanling M2s from what we can detect thus far. The tonal balance kept its shape nicely with those high output impedance players.

The new stock cable is an improvement over their older black braided cables which sounds a bit more compressed with less treble presence by comparison.

Aftermarket cable rolling will produce some improvement but be prepared to pay more. A quick change to the PWAudio “Vanquish” Saladin brought out a snappier and better defined low-end, a far more open or spacious staging quality, and excellent imaging.

Moving well up the range to the mighty Effect Audio Janus Dynamic was just stunning with the FIBAE 4. Gone was the stock softness but it still retained that excellent low-end weight only sounding tighter with much better layering. Vocals and instrumental separation took a huge jump in clarity also.

Of course, the costs of going that high are crazy and probably not justified unless you happen to have one already. It does, however, just show how much potential the FIBAE 4 can offer with the right setup. If you want low-end quantity and budget is much tighter then the $250 OC Studio Orpheus MK5 is a killer 8-wire cable with a meaty low-end, clean vocals and a good treble presence. 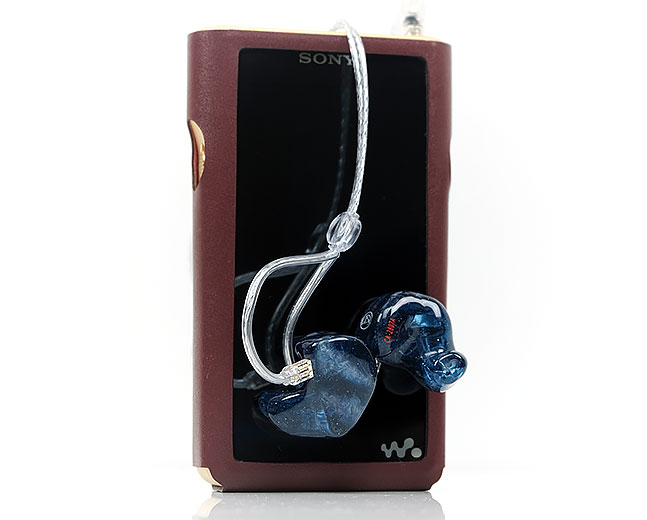 Synergy with the FIBAE 4 is really down to your personal preference and just how hard you want the low-end to hit you. If you want to go all-out then the HiBy R6 Pro with MSEB or the flagship Sony 1Z really pushed the low-end hard on the FIBAE 4.

Between the two, the Sony 1Z is the more resolving with the best level of dynamic range and there is more than enough power for this pairing in unbalanced low gain. I did not feel I had to mess around with any enhancements either to achieve that impactful response from the FIBAE 4.

If you prefer a little more speed and midrange clarity or treble presence then go neutral with DAPs such as the Lotoo PAW Gold Touch or the iBasso DX200 with it’s AMP 1 card. The LPGT tones down the sheer weight and impact compared to the Sony 1Z but I felt it did a better job on the top-end with more articulation and energy on the FIBAE 4. This pairing for me was just a touch more balanced than the Sony 1Z.

The DX200 with Amp 1 sounds a touch more natural and slightly softer sounding than the LPGT using the FIBAE 4 but also not as weighty as the Sony 1Z on the low-end.  Out of all the DAPs tested this one had the most natural balance to the FIBAE 4 but for bassheads, after that solid V-Shape this may not cut it.

MSEB DSP on the HiBy R6 Pro is a God-send at times because of how extreme you can really change up the tonality of an IEM. Granted the changes are not always that well balanced and the R6 Pro’s slightly thicker tuning and enhanced power do provide excellent heft on the FIBAE 4, to begin with.

However, by gently moving the MSEB temperature to around 40 cool/bright and enhancing the bass extension option to around 60 I can combat any excess warmth and still enhance the impact and sub-bass power immensely on the R6 Pro/FIBAE 4 pairing.

If you feel the signature may sound too dark with that change then simply slide up the air factor by around 30-40 and the impulse response by a similar amount and you get a lot more treble brightness to contrast with that low-end thud. Its quite an addictive sound and it shows just how responsive the FIBAE 4 really is to DSP.

This was the launch IEM from CA for the FIBAE range and is their entry-level model. This is a single non-top-firing BA CIEM and a similar build option to the FIBAE 4 in that it comes in acrylic-only format. You cannot get either of these monitors in a silicone finish.

The FIBAE 1 is rated at 5.8Ω and 109dB compared to the 8.1Ω and 115dB SPL of the FIBAE 4 so it is a little easier to power but the overall sensitivity level is lower meaning you will need a bit more current or volume form your source with the FIBAE 1.

The FIBAE 1 is far more neutral in its tuning but also slightly less resolving. There is, if anything, slight bias to the mids which is quite normal for a single BA driving tuning. As such vocals have much more presence in its mix but do not convey as much texture or detail as the FIBAE 4.

The FIBAE 4 also has a much heavier low-end with more texture and detail, warmer lower-mids and better treble extension. For staging,  the FIBAE 4 goes deeper and taller and despite its dipped mids it still sounds richer and more detailed of the two monitors.

On a preference level, the FIBAE 1 might be the more flexible pairing if you need your mids front and center with traditional rock and some male vocals. For those who like a planted sound and a more musical tuning for electronic genres, R’n’B and modern hip-hop such as Childish Gambino the FIBAE 4 is much better suited.

The FIBAE 2 is the second custom in the FIBAE range and priced just a little higher than the FIBAE 1 with a dual BA design. The second BA is a huge CI driver from Knowles which puts a lot of weight in the FIBAE 2 low-end.

The FIBAE 4 uses the similarly large CI driver from Knowles for its low-end weight and power but it top-firing design differentiates it from the one used in the FIBAE 2 which is more of a regular CI design. The FIBAE 4 also has a much greater range capability for the remaining FR with those 3 additional top-firing drivers compared to just the single non-top-firing driver for the FIBAE 2.

These two monitors seem to be cut from the same cloth in terms of low-end bias but they do have some notable differences beyond that.

The FIBAE 4 is a little grander in its staging. The mid on the FIBAE 4 are a little more distant sounding compared to the FIBAE 2. Part of this is from the recessed mids pushing back vocals and 1-3k instrumentation a little further creating a greater perception of distance from the front of the stage on the FIBAE 4.

Lower treble is good on both but the FIBAE 4 seems just a tiny bit more extended and more detailed by comparison. Neither really are sparkle kings with fairly relaxed treble with their stock cables.

The low-end on both have the same tuning bias and are quite dominant. The FIBAE 4 carries a bit more warmth up into the mid-bass and lower mids and has a slightly smoother more detailed instrumental timbre. There is some dip in the lower mids by comparison on the FIBAE 2 and the low-end is a little more one-dimensional sounding in its layering.

This is a dual bore nozzle design with 2 tubes running up to a 2:1 split between the drivers. One tube is for the 2 BA drivers delivering the mids and highs and the second tube is a custom balanced armature driver covering the lows.

Unlike the FIBAE 1 and 4, you can get the FIBAE 3 in a silicone build if you prefer that option. The FIBAE 4 only comes in a harder acrylic build. This can be a preference thing for many. The silicone is a little softer and more comfortable in your ear but there are some design limitations working with a silicone build such as design mixes and cable socket types.

The FIBAE 3 has a gentle and very balanced sounding u-shaped presentation with far less low-end quantity or emphasis compared to the FIBAE 4. The FIBAE 4 is much more planted and deeper sounding as a result. If you like plenty of girth in your bass then the FIBAE 4 is the better choice. The FIBAE 3 tends to sound a little lighter and rolled off below 100Hz in comparison.

The FIBAE 3 has a more forward and cleaner sounding mids and vocal presence with a more neutral sounding mids instrumental timbre. If you like your mids and vocals stick with the FIBAE 3. It excels here compared to the FIBAE 4 tends to give preference to a thicker lower midrange timbre and dips the mids ever so slightly in comparison.

The FIBAE 3 treble is a little more energetic and forward sounding but also a little leaner in its timbre. The FIBAE 4 is smoother, with more body but perhaps a shade more relaxed sounding. 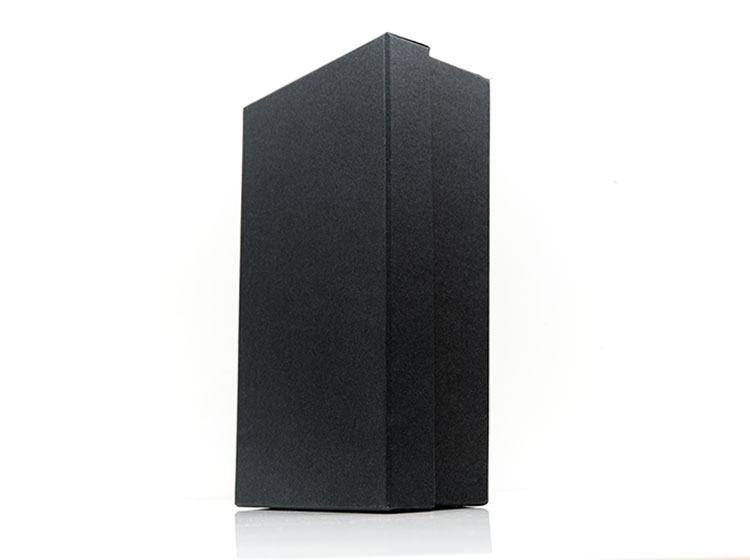 Custom Art pull absolutely no punches in delivery a magnificently V-shaped but smooth sounding monitor with the FIBAE 4. If you love your bass weighted, full-sounding and just darn right malevolent in intent then have a demo of this monitor if you can, especially if you have a rack of hardcore synth wave or dubstep in your collection.

I have a funny feeling FIBAE 2 and FIBAE Black guys will gravitate more to this level of coloration than FIBAE 1 and 3 followers. It is the kind of ‘take no prisoners’ type of tuning that works wonderfully well with some genres and not well at all with others such as mid-centric indie rock. I know quite a few guys who swear by this tuning and they have their heads deep into the likes of Skrillex. If that floats your boat then FIBAE 4 is the natural upgrade from 2 or the Black.

I have to pay one final praiseworthy mention of the fantastic build quality Custom Art’s team are capable of. Our sample just rocked with that Galaxy design and it was the nicest fit received thus far in the FIBAE range. Kind of hard to believe that FIBAE 4’s excellent performance and build starts at just €725.