The C10 uses the same DAC chip as the C4 Pro, the Cirrus Logic CS4398. This is also the same chip used by AK in their AK100 MK2 as well as the FiiO X3 generation 2 which I quite liked for its neutral and clean sound.

Decoding rates are competitive with a 32-bit/192kHz capability as well as decoding capability from lossy formats such as MP3 up to DSD64 and DSD128. When you compare the C10 to the X3 3rd gen that is, in fact, a superior level of sampling and decoding. The X3iii will only stretch to 24/192k and DSD64.

The C10 uses the same jitter suppression technology as the C4 which is impressive. This is something they made a big deal out of when launching the C4 and the same is true today. The CS4398DAC chip already touts itself as a good choice for low jitter results.

This combined with the original C4 TCXO crystal Oscillators and a clock sitting just behind the TCXO setup will do a pretty good job in noise suppression from any potential unwanted digital conversion hiccups.

Side by side to the X3iii the numbers remain competitive. The X3iii delivers ≤ 0.002% (1 kHz) and a 113dB SNR. The C10 on paper is delivering an SNR of 112dB though I am not sure if this was a weighted measurement. I will presume both were done under a 32Ω load given the primary output power was listed under similar weightings. The M3s does off a bit more though with a THD+N of 0.0015%（A-weighting, outputing 500mV）and a better SNR of 115dB.

I will tell you though that the noise floor on the C10 is spot on and very low, lower than the X3iii, especially for super-efficient IEMs. What does worry me is the 16Ω output impedance rating. If that is correctly measured than low-z IEMs are going to be all over the place acoustically.

The C10 uses an Ingenics JZ4760 processor chip with a SOC OS based on Linux.  All the boards in the Jz47xx series consist of an XBurst processor, which is a MIPS processor clocked at 240->400Mhz.

At the time of launch, this was a chip of choice for Chinese media players with the likes of FiiO being one of the key champions using it in their HiBy Music powered X1, X3, X3II. Even their latest X3iii uses the B variant of the JZ4760 so it is by no means a deprecated chip in today’s media market.

All these players use a SOC Linux variant and share some common UX traits. They are designed to run quickly, with low GPU and almost no multitasking on the CPU.

I can’t say for sure if the kernels are shared or open source but the workflow of the software always seems to follow similar patterns. They are quick to boot, have a list based system that is reasonably linear in navigation and delivers a useful array of software controlled hardware functionality.

Over time some companies load up the software with quite a few features such as FiiO but as in the case of the X3iii, it will slow things down. The C10, on the other hand, has fewer features and is all the quicker for it. Importantly and in the case of the C10, it is quite stable with very few if any bugs during its operation.

There is no external connectivity save for a USB-DAC functionality with PC and MACs in the latest firmware. All features orientate around audio playback. In fact, the C10 is a no messing around straight to the media library upon boot up device. From the home page, you have basically two sections to the OS, the settings, and the media manager.

Media management, as far as I can tell, is folder based rather than tag based. That means your file structure is more important than any meta tagging system you have and I suggest tidying it up before transferring to the C10. If you are using a media manager to transfer files then the C10 will happily mount as a lettered drive and usually that works easily with transfer software.

Once transferred the files will show immediately on the home page from the top folder downwards. You navigate by scrolling down using the left-sided pad button system. To enter the folder you press forward and so on until you reach your list of songs. 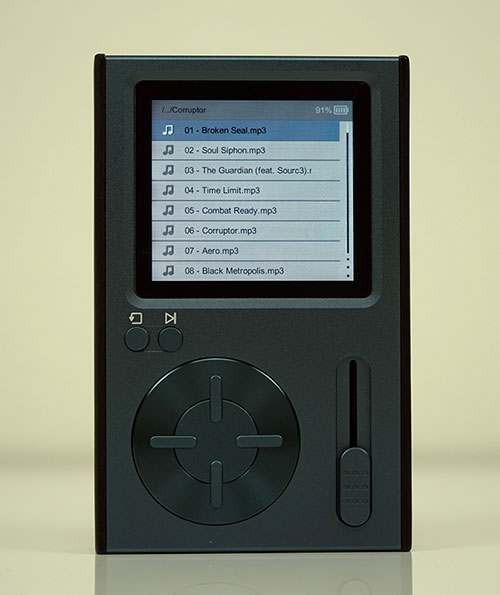 The song list is file based so you will see the extension of the file name such as mp3 or FLAC. To begin playback you simply press the top left play button on the song of choice and it brings you to the playback screen.

It is really that simple and because of the simplicity, there is very little in the way of inaccuracies or bugs in the media library. What you put on the drive is exactly what you will see.

Aside from library compiling the C10 will also allow you to build a favorites list either during playback or when navigating through the files in the media library. You can directly access and playback your favorites list from the home page. 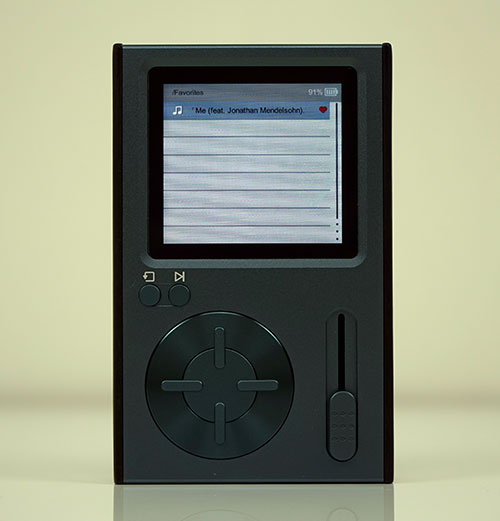 The C10 settings menu is accessed through a 1-second press of the return button. It is pretty much a list of environmental controls, USB functionality, some music settings and the main access area to upgrade the firmware. 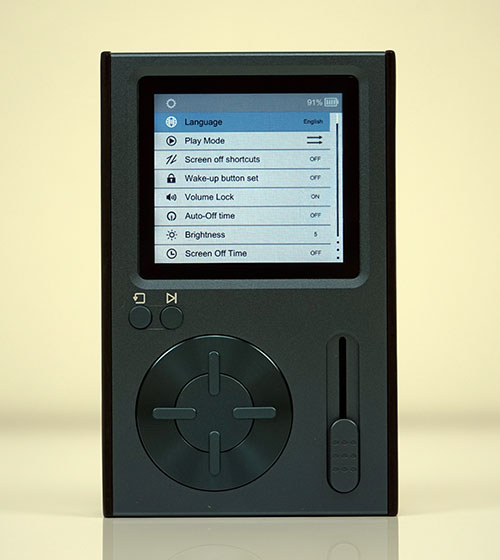 Environmental controls include screen brightness, auto time off and language settings. Here you can also set the USB to either data only mode or USB-DAC mode. The firmware upgrade is pretty simple. Just enter the information option at the bottom and scan for the upgrade file which you can load to the root of the onboard memory or memory stick.

There are no advanced options as you would find on HiBy themed and FiiO devices such as gain, channel balance or EQ. You could argue that it is a bit limited and in contrast to what HiBy is doing. Also, a lack of a gapless playback option will frustrate a lot of people who are used to seeing that on most DAPs in 2017.

One final strange phenom with the C10 was the loss of a split-second of each song after hitting play at the start of the track preceded by a pop. Little things like that could grate on highly efficient IEMs which pick up on these pops like crazy.

However, I have to say the FiiO Linux implementation and features burden the processor and slows it down badly. It is simply too ambitious. You get a much faster, albeit simpler, system with the C10 and it is all the better in terms of user experience. You just have to make a decision on whether you want a faster DAP or more features when it comes to comparing those two devices on software alone.