The E01, at least with our 3 tested monitors, will give you more choice in pairings but also a clearer choice in what monitor or headphone pairs best with each amp stage.

Noise is a factor in the super-efficient class of monitors. The Empire Ears Zeus suffers the most from the higher noise floor of the E01 and the Elysium the least. In short, it hisses too much for the Zeus to be an ideal pairing. Get past that and the richer or warmer timbre of the Class A output is much more suited to the clean ethereal presentation of the Zeus.

The Class AB brings the punchier sound but the already lean treble timbre of the Zeus teased out a bit too much of a glassy effect on percussion timbre. This monitor needs a bit more body which the Class A stage is happy to provide. 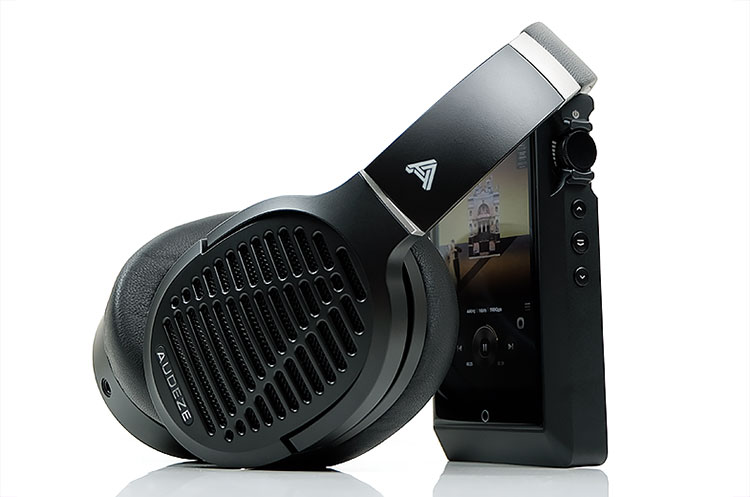 The numbers are misleading but only to a certain extent. Headphones around the 100dB SPL marker have plenty of headroom and sound fairly dynamic for my tastes. Anything below on high gain started to go really high up for current such as the AEON 2 from Dan Clark Audio.

Portable planars such as Audeze’s new LCD-1 sounded excellent but with a preference for Class AB over Class A. It may well be that additional 45mW combined with the punchier midrange but the Class A was a shade too muted in the mids for me to really take to it. The Class AB brought a livelier performance that had the LCD-1 singing with aplomb.

With the Meze Empyrean, I could drop the current level a bit more than the AEON and I found Class A and AB to equally at home for a broad range of preferences. I would say this though. The velour pads and Class A are not the best mixes. This combo simply sounds too lush and laid back and I found myself switching to the AB side for a bit more bite and percussion presence.

The leather pads are more neutral and offer something for the Class A lovers though I still found myself switching to AB more often than not. The slight treble fade on the top-end of the Empyrean can make the A sound a shade too smooth for some energetic tracks. The AB will deliver that.

However, Class A on the Empyrean is wonderful for breathy female jazz vocals. The additional warm timbre and texture and slightly slower delivery for some like Concha Buika are just perfect. 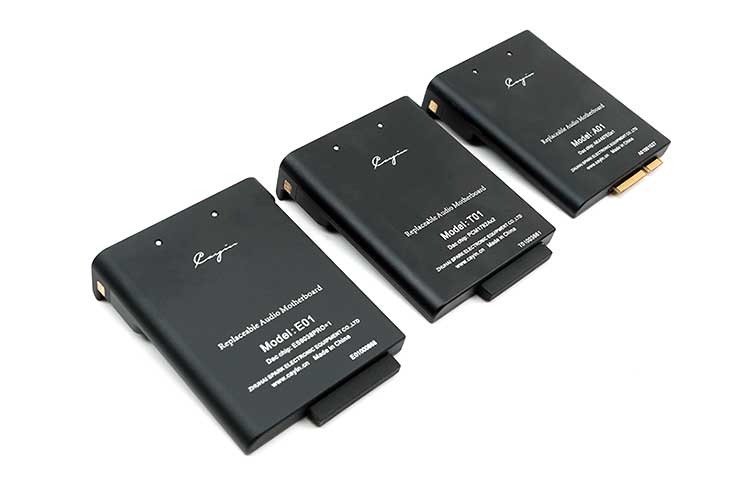 The A01 is the first card launched for the N6ii player and has a separate retail price of $299. Unlike the E01 it has both balanced and unbalanced PO and LO but it has a cheaper mobile chipset DAC solution, the AKM AK4497EQ DAC and a single amp circuit design.

The E01 uses the more power-hungry desktop component level ES9038PRO and a dual operational mode discreet amplification setup with Class A and Class AB dual output. The E01, however, does not offer balanced or line out. Both can decode just fine up to DSD256 and PCM 32BIT/384kHz. Dynamic range and SNR on the A01 are quite similar with a slight edge on THD+N ratings, also for the A01.

The on-paper output numbers are disparate with the A01 offering a much higher 245mW into 32Ω unbalanced compared to just 105mW into the same load for the E01. The E01’s lack of balanced output means the A01’s performance is over 3 times more powerful at 530mW into the same load. The Class AB can go higher at 150mW for the E01 but that is it.

Remember, all this is just on paper. The real-world performance is quite different. 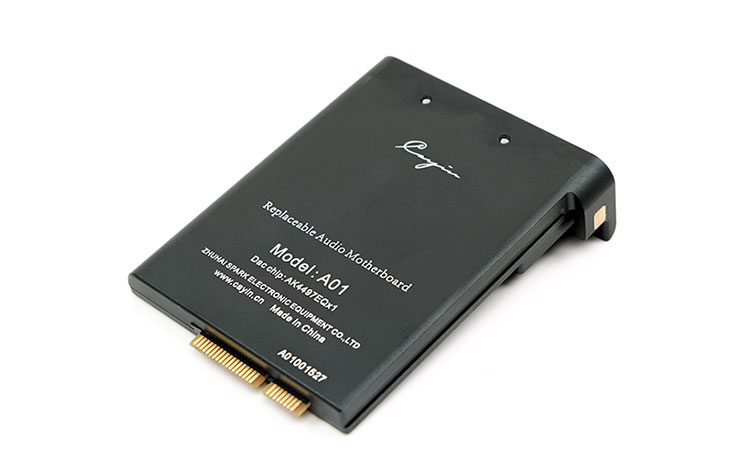 First the noise floor. It was marginally higher on the E01 using a Campfire Solaris as our test IEM but overall both have a similar level of background hiss and neither have a black background. I would not suggest either for an Empire Ears Zeus either on that basis which is even more sensitive. However, both the YB04 and Elysium had some really nice back backgrounds with both cards and no perceptible hiss.

Of the two, the A01 has also a higher level of current on-demand and more output power. That being said, the gap in performance on headphones is only really noticeable when you switch to balanced on the N6ii A01 pairing.

With IEMs on low gain both have plenty of power on tap though the E01 will require a bit more juice to driver electrostatic hybrids such as the Elysium. I would estimate around 10-13 digital steps in low gain between the two motherboards.

The A01 lacks the same dynamic range and punch as the Class AB E01 option but is a little more neutral in the timbre than the warmer Class A.

The AB sounds the punchier of the two and in particular on the low-end which is a small criticism I have of the A01 in general, that flattish yet warm bass response. The E01 is also the feistier of the two amps in AB mode with a more forward treble presence and the more neutral midrange timbre.

The A01 does fade a bit more on the treble which in turn allows the mids to take center stage. However, the E01 manages to bring back a lot of treble energy without any loss of vocal presence as well as enhance the midrange separation in AB mode.

In A mode, the treble falls back in comparison to AB so neither the A01 or E01 Class A are the most strident in that regard. The timbre of both moves more to the analog side of things but what is notable is the staging width of the E01 in Class A is still wider than A01 and the level of instrumental separation, particularly in the mids, is also more palatable on Class A E01.

The low-end on the A01 is a bit closer and punchier than the E01 Class A output. Both are full-bodied and too the warm side but the A01 takes a line closer to the more dynamic and robust AB low-end whereas the E01 Class A is more languid and slower in delivery.

The T01 is Cayin’s second motherboard launch to celebrate the legacy of the original N6 and is priced a little higher than the A01 at $339. Though offering balanced and unbalanced LO/PO options much like the A01, this card is quite different from both the A01 and the E01.

Inside you have a dual DAC current mode PCM1792 chipset drawn from the original N6 implementation. Despite also offering DSD256, the PCM1792 lags behind the ES9038PRO on a technical level. This is purely a timbral choice with a lower PCM 24BIT/192kHz decoding ceiling as well as a 2-3dB drop in dynamic range. The T01 THD+N numbers are a bit higher than the E01 numbers and you do get a balanced and unbalanced LO and PO option.

Power output on the T01 is also rated higher at 230mW unbalanced and 530mW balanced into 32Ω loads compared to the superficially low 105mW and 150mW Class A and AB on similar loads. However, as in the A01 comparison, do not read too much into that. The E01 is a much better performer than the stats suggest. 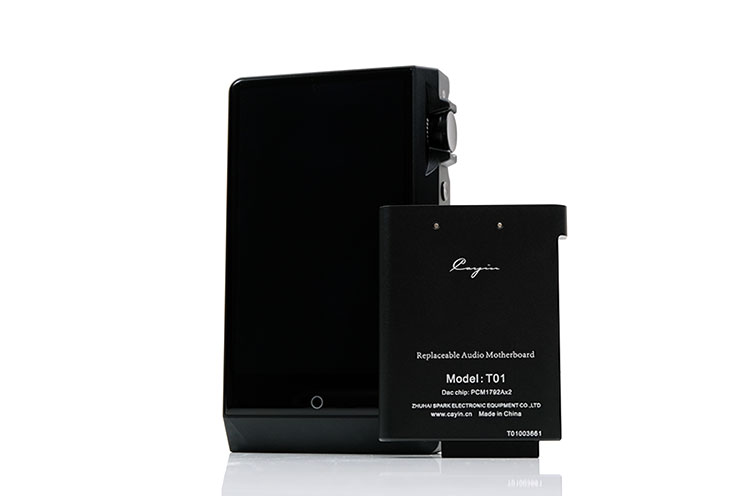 The level of noise was similar to the E01 with both amp stage outputs showing a low to moderate level of background hiss on the Solaris and higher with the Zeus.

This level of efficiency is not the forte of either motherboard though to be fair once the music is rolling it is much less noticeable unless working with chamber music or acoustic solos. YMMV. Suffice to say both the Elysium and YB04 on the two amp cards performed in the exact same manner for noise, as in none to speak of.

Power on the T01 compared to the E01 follows the same pattern as the A01 comparatively speaking. You need less volume on the T01 to get to similar levels compared to the E01 using monitors, especially sensitive monitors. The gap is reduced on unbalanced when testing headphones of a lower SPL such as the Empyrean.

The tonal differences are more apparent when comparing the E01 AB output to the T01 than the A output. The Class A output is a bit more nuanced with a slightly sweeter and richer timbre and a fuller bass/vocal sound.

The T01 is a bit airier for me than the Class A and whilst the vocal is not as full it is slightly more forward sounding. The T01 also has a bit more treble lift and extension and sounds the airier of the two but has less bass weight and warmth and thus a bit lighter on the low-end.

On the AB side, however, the difference is stark. The AB delivers a more dynamic and aggressive performance overall. The T01 sounds much more linear, lighter in weight and relatively airy. The E01 AB sounds just as well extended but with more treble presence and a slightly more neutral and a cleaner mids timbre. The low-end of the Class AB on the E01 is delivers a stronger fundamental right down to the sub-bass delivery. 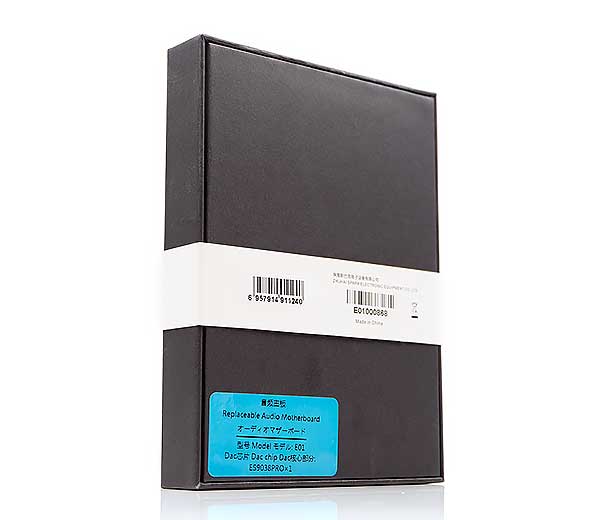 I have to be transparent to our readers. I did take the devil’s advocate position when the details of the E01 were first announced. Why would a single 3.5mm TRS output motherboard card with no line out or balanced appeal to N6ii users? How can you pitch this? I was not being skeptical but rather how do you best move that position to the side and what is the narrative to replace it.

Well, after testing, that position is very easy to defend. If you are going to buy one card from the Cayin motherboard range buy this one. This is an amplification design almost on par with the N8 in terms of scope and ambition. The results speak loudly with a clear qualitative difference in the tuning of the two operational modes in the amp circuit output.

The use of the ES9038PRo to retain a high degree of detail is canny. If you think an ES9038PRO should sound neutral, the E01 will make you think again. Coloration can be fun, but only if backed up with technical ability. In this case, the E01 has both. 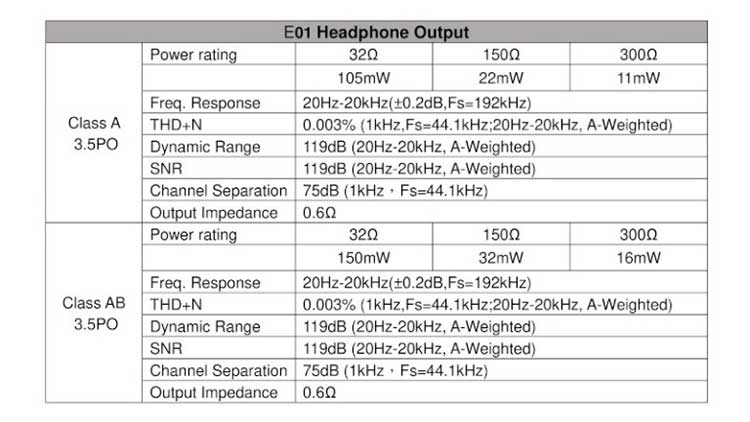