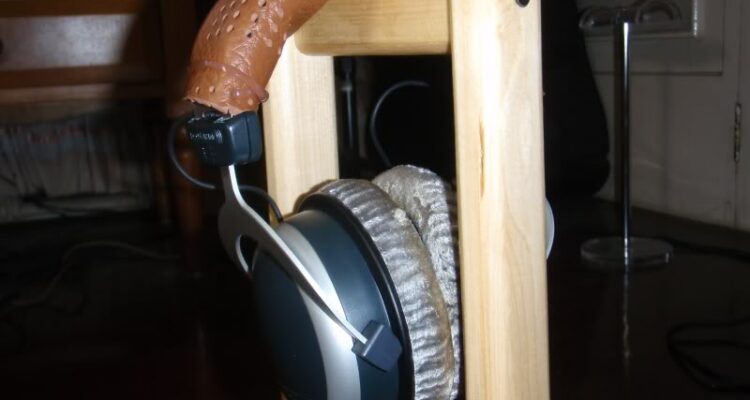 The Beyer DT770 is one of those headphones that are a nightmare for the new enthusiast looking to get his feet wet. Why is that? It”s so hard to make a decision on these cans based on recommendations. This is partly due to so many different models of the DT770 being released by Beyer over the years. Although basically the same set of cans, there were models released in 2003, 2005, and ten other years and each one comes with a different set of impedance ratings, and each one sounds different! In addition, they are not created equally in terms of driving from a source. The 32ohm version for instance was created with the ability of running off portables in mind, whereas the monstrous 250ohm and 600ohm versions simply require amping to sound at their best.

In this maze of product model differences I had trouble wondering whether the DT770s were really right for me. I would hear from many people that these were bass monsters, some people would say they weren”t warm at all. Some mention piercing highs, or that they sound like rubbish off their iPods. So what was the real deal? Many of the people talking about them didn”t state what model they had, so impressions became confusing and contradictory. So being unable to really garner anything, I just decided to take the plunge and get myself a pair.

I was looking for a set of “fun” cans where I could lose myself dancing away to a strong beat. I was coming from an Audio Technica M50 and I decided I wanted something with a little more head stage and which would give me some deep bass not unlike the Dre Beats Studios I had auditioned at its demo kiosk at an electronics shop. Now the Beats Studio was really expensive but it blew me away with the power of the bass that it let out attached to whatever stereo and amp it had under that demo booth (I noticed that on its own driven from an iPod, the Beats did not quite deliver the same low end).

After asking around and reading, I found that the DT770 was generally regarded as one of the bulwarks of bass and that it would deliver the most thumping, romping deep bass I could want. There was some noise around it (which I assume is due to product spec differences between the models) but many would recommend these alongside the Denon D2000, the Ultrasone Edition 8 and the Sennheiser HD650 as the bass monster cans to have. I wish I could compare these to the Edition 8 and D2k, but I have yet to give those a listen.

So I got the 2005 consumer 250ohm model (same as the one featured on this page). I initially listened to it out of a G&W T2-a running an iPod Nano via LOD, and a few things surprised me.

First off, it didn”t sound like a bass monster at all! So now the ugly head of multiple editions of the same product reared its head. This was no bass monster, because it was the Premium edition and not the Pro edition! Shame on you Beyer for confusing me!

The sound was surprisingly clear with good, prominent treble and a spacious feel: a big step up from the congested M50. For a set of closed cans, the DT770 had a rather wide soundstage. I didn”t feel like I was in a box like I did with the M50s, rather I felt sound was coming to me from a medium-sized bedroom. Clarity-wise the bright treble of the DT770 gave an impression of greater clarity than the M50″s relatively flat treble. However it was tempered with a low-reaching bass extension that gave me a lot of good details in the low end. However, unlike the M50, it didn”t deliver the strong bass impact I was looking for. I still liked the resulting sound though, and it was my first foray into what could be called high-end audio — the DT770 is said to be a good cheap entry into the high end elite of headphones and they certainly were a big step up from the “mid fi” headphones I had been listening to at the time like the M50 and AKG K81 DJ. In hindsight the detail wasn”t superb, the soundstage not special, and I”ve heard better since then but these weren”t bad by any means. The main problem with them would be the highs, which can be quite fatiguing with their brightness and, sometimes, their sibilance.

The lack of bass was disturbing though; were these really bass monsters? The bass was not deficient by any means. It was nice, tight, and full, it just didn”t have that oomph and impact that I was looking for as a bass head. So where did it go? Was I the victim of multiple product models not giving me the right model? Did I end up with the runt bass-less model? It got me wondering for a long time until I started playing with my source. So I ended up playing with my toys and came up with this sound chain: my Asus EEE running FLAC files on Foobar, going into a GoVibe Petite DAC, running into a Little Dot Mk2 amp. Listening to this setup, all of a sudden the strident highs of the DT770 became a lot more forgiving! And in addition, I felt a lot more warmth in the overall sound. This was great! It was a far cry how vicious would that be. This was the time I learned that source is truly important.

But I learned something else as well. Overjoyed at this improvement in sound, I decided to play with the settings further. Foobar has a very robust equalizer, unlike the Nano, so I decided to give the sound a bit of a bass bump. All of a sudden, “it” was “there.” Reaching out from the depths of the earth and slowly  rumbling up my feet, my legs, thumping into my chest and blowing into my head, that monstrous BASS that I was looking for hit me like a warm wave of honey and proceeded to engulf me into a world of audio bliss. It wasn”t just loose, boomy bass, either, though it certainly had a lot of boom. It was an all-engulfing wall of bass, but it was able to sufficiently mold the different low sounds the music had. There was sufficient detail in it to keep me listening while being pounded to my heart”s content. I then learned that if you really wanted good quality bass you really need a good amp, a good source, and to properly tweak the sound to produce that effect. But this heavy EQing was far from optimal, and something you could apply to a lot of good headphones. These are still not bass monsters, but it”s comforting to know that if I felt like it I could uber bump the bass up to get a sound similar to what I am accustomed to.

So in the end the final sound signature I settled on for the DT770 was one that really suited my “fun” sensibilities. Strong, clear highs that were tempered so as not to sound strident. Not as pleasantly rolled-off as the HD650, but with more detail and presence. The mids are comfortably recessed; I”m not a mids person so this was fine as it added a sense of depth to the already wide sound stage, as if the sounds were a little further off in the distance. And the wonderfully full bass that hits hard and yet never overwhelms. As a bass lover, this was just the key to the whole deal. I”ve heard better and meatier but this tight, well-defined and versatile bass had its own charm.

Add to these the physical qualities of the Beyers: the snug fit of the velor pads were very comfortable. A one-sided cable made for less snags, and a comfortable length let you walk around the room from your amplifier. The closed-back nature isolates very well and keeps the outside world from interfering with your listening pleasure. Perhaps the only real drawback of this set is that they aren”t portable. You”ll be tethered to your non-portable setup, but as I”ve discovered along my audiophile journey: the higher you scale into sound quality, the less portable your setup becomes. Great sound is to be had at home, sadly, and while you certainly can bring the Beyers on the road, they are very big, bulky, and require a beefy amp to really go. And even then, they are not going to have the honeyed-sound quality that I fell in love with on my home setup.

I am very happy with these Beyers. Although detailed, these are not analytical phones and are great for fun listening especially to bass heavy music like RnB and House. I would strongly recommend these, with the caveat that you should know which model of DT770 you are getting into. Mine are the Consumer DT770 2005 model rated at 250 Ohms and if you are looking for a can for use at home with a good wide sound stage, crisp, detailed highs and deep full bass then these should be on your short list.