The Audio Technica ATH-2 is an open-back orthodynamic or planar magnetic headphone first made in the 1970s with a used price of around $100 on eBay.

Disclaimer: The Audio Technica ATH-2 is a used headphone and not a company sample. For an updated list of Audio Technical headphones, you can browse here on the main ATH website.

To read more about ATH products we reviewed on Headfonics click here.

The ATH-2 is a strange headphone. It was Audio Technica’s best efforts at making an orthodynamic, and it looked like they knew what they were doing, but for some reason, they stopped about half-way to avoid cannibalizing their dynamic headphones, I presume.

Ironically, the new RE70’s by AT are based off the ATH-2’s. I wonder why. However, if they kept pursuing better sound, the ATH-2 could probably have been as good as their electrets at the time.

In addition, this is one of the few well-executed open orthodynamics (well, before these new-fangled Hifimen and Audeze’s came out). I have the Vectorsonic VSH-5, which is basically an ATH-2 without green accents. They still have the ridiculous headband though. 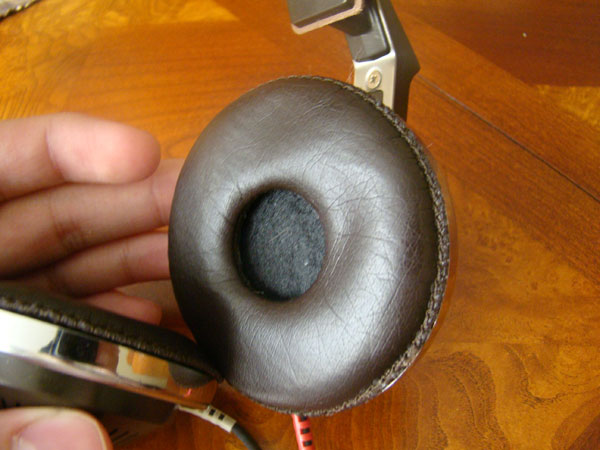 Now, I can’t do any unboxing or such, since these were bought used (I’m not from the ’70s, sadly. I’m two decades too late), but I can talk about how these look. They…are pretty ugly in all honesty.

They feature…brown all around with orange accents. They work better in a pumpkin patch than on a headphone. Pads are supraaural and lack a lot of stuffing.

I’ve modded these a good bit (added mass, felt, cut off the unsightly front grill that’s detrimental to the sound), so I can’t speak much about how these sound stock other than what I’ve included below, but my mods did nothing but bring it closer to my preferred sound signature, which is slightly elevated mids, with the treble being slightly more than smooth, and tight bass. Basically this:-^-, rather than a V.

The surprising thing about the ATH-2 is that they are very sensitive, so volume is easy to coax out, making these a very nice prospective portable, which I have done, and to date, I haven’t heard a better portable headphone within a sane price.

Treble is perhaps one of the hallmarks of the orthodynamic principal. The drivers are much faster than typical dynamic headphones, so treble is much sweeter than most dynamics I’ve heard, and detail is abound. And this is a low-end orthodynamic!

Presentation is a bit less than the midrange, but far from recessed, and I strain to call it smooth because it’s just south of prominent. It’s a far cry from the dark stock sound though.

The midrange is forward and colored, and not in the sweet typical Audio Technica coloration. I’ve worked on fixing the coloration of the midrange, but it seems that the pads are suspect. The result of the coloration is wonky vocals and messed up timbre, but that’s on an absolute scale.

Bass, surprisingly, is pretty impactful. One of the main gripes about the ATH-2 is that it’s too bassy for its own good. In stock form, I’d say that rings true, however, when modded, the bass gains control, but is still a bit too loose.

As I said, the ATH-2 is a strange headphone. It has so much potential but seems to have been stopped short by AT. Luckily, the ortho ninjas are extremely helpful in giving the rest of us tips on how to improve the sound.

Thanks to them, the ATH-2 is my main portable headphone, and will probably stay like that until I can compare them to the HD25. Even then, I think the ATH-2 may be able to beat the lauded HD25’s at their own game. The easiest place to find them is on eBay, and they rarely go for over $40. I got my VSH-5’s for $20. Steal of the year? Probably.