The ironic thing is that as good as the LCDi4 is, and it is a huge leap on the iSINE 10, Audeze will have us believe that in stock form it is not quite how they want you to hear it. Thus, the tale of the audible tape is split into two distinct stories, stock and DSP.

The first is stock, the traditional analog approach with the use of the SPC 26AWG cable into an amp or source of your choice. Perhaps the most logical out of the box route for the uninitiated. With this combination powered out of an Auris HA-2SE desktop amp and the Chord Qutest DAC, I get a very natural and balanced sound that I would describe as being a little more laid back than the iSINE tone (10) but much more expansive and refined. It also needs a touch more gain than the iSINE 10 on this setup but only marginally so.

Speaking of expansive, the LCDi4 stock is even wider and deeper sounding than the iSINE range. The presentation sounds very open and spacious but importantly sounds very coherent and lacks the artificiality of the HD800 uber expansive staging signature. There is plenty of headroom also with a very good upper treble extension and some energy around 10-12k though the lower treble is a bit more muted for me in comparison.

You will get a tiny bit of sparkle but not as forward and pervasive sounding as some multi-BA flagships such as the Tia infused 64 Audio A18. You could call it a detailed and smooth response and one that is more forgiving but you should not mistake that for smoothed over or lacking in air because it does sound very open and free-flowing.

The excellent sense of depth is achieved by a tuning that I would define as a classic linear ‘pure-planar’ bass response. This is a response I would expect to find in a good quality planar headphone so Audeze is really not kidding about wanting you to see the LCDi4 as a viable headphone alternative. The 30mm driver tuning is incredibly impressive for its very low levels of distortion, excellent speed and a balanced response that extends right down to 30Hz without a hint of attenuation.

Bass quantity, however, is fairly neutral in the sense that it is not an overpowering signature. It will not overly warmed up and thicken the lower mids or add huge dollops of euphonic harmonics to the midrange. Instead, I would define this as accurate with a natural and nicely textured low-end but also very dynamic when called upon with that excellent sub-bass depth and presence.

Well, I say width but more of a focus on the LCDi4 midrange which is the one area where I think the second route, the DSP route, performs better than the LCDi4 stock.

That being said it is also a touch more neutral in it’s positioning making the stock sound a little relaxed and not quite as revealing as one would hope for. There is a little a rise up to around 2k then a dip from 2-4k which mutes the upper mids a little and pulls back some higher-pitched vocals presence also.

When Audeze mentioned the LCD-4 being the goal for the LCDi4 then it is not surprising to find the two to have a similarly dipped curve from 2-5k. So, whilst you will get a very ‘easy on the ear’ instrumental timbre and refined vocals without a hint of sibilance it can also just lack a little presence to suck you in a bit more.

The second distinct route is via DSP which is where Audeze would prefer you to be when listening to the LCDi4. You can switch to the DSP in a number of ways. Either by using the Audeze Reveal plug-in in a number of software platforms such as Roon or JRiver Media Center or by acquiring the Cipher (V2) cable that has the preset built into it.

Sadly, no Cipher V2 here to comment on but even so, our preference is for Roon or JRiver if not on the go. There are just so many excellent DSP and EQ variations using the Roon interface with the LCDi4. 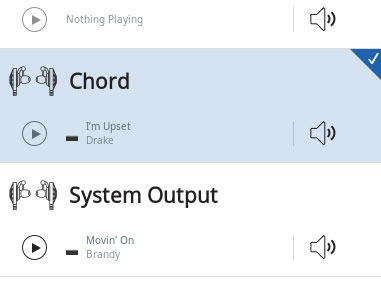 In a nutshell, Audeze Reveal will correct some of the potential issues or preferences people may have with the LCDi4 midrange and lower treble response. It will produce a livelier upper midrange and a clearer vocal performance which is also where my own personal preference lies being a vocal enthusiast.

It will also slightly enhance the bass quantity by injecting a nuanced level of warmth into the timbre and fleshing out the instrumental body a little more. Furthermore, you can add degrees of “wetness” to the timbre which some may prefer. You still get the same excellent width to the LCDi4 but this time it sounds more holographic or 3-dimensional to my ears and not quite as flat as the stock analog performance.

But There Is More…

For many, the preset will be just perfect in delivering that livelier response over the analog/non-DSP route but where it takes a life of its own is in the minor tweaks inside the plug-in. The first is a small customize option at the bottom of the plugin-in called Mix. This basically controls the level of warmth in both the low-end and subsequently in a lot of the LCDi4 instrumental timbre. 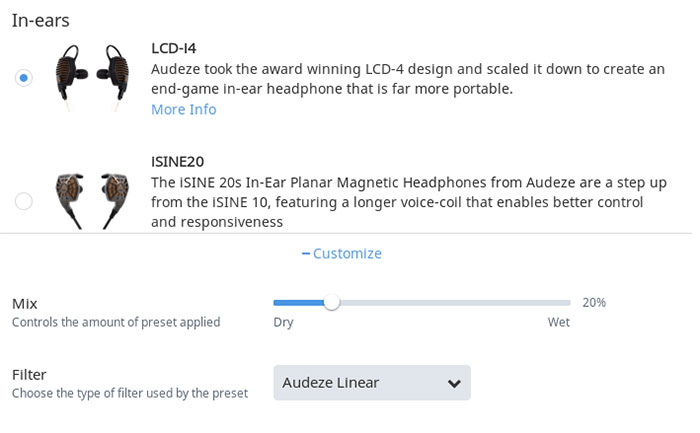 Going 0% or very dry produces more of what I would term as a clean and neutral tone but it can sound a little thin and lacking in body. Depending on the amping you are using it is going to be at its most transparent and will place more emphasis on your chain combined with the default DSP reveal plugin settings.

Moving the slider up and the timber becomes progressively more liquid and thicker sounding with more even harmonic bias. I tend to sit around 40% for a healthy mix of body and overall balance. Going up beyond 60-70% tips the balance a bit too much in favor of the lower-mids richness and I like to retain a stronger level of treble clarity and presence.

I have to say I really like the additional power the LCDi4 Mix slider can deliver to the lower mids. Guitar notes are wonderfully rich and visceral sounding with excellent impact. Combine that with the already excellent levels of sub-bass extension and presence and you get one heck of a powerful and satisfying response.

Of course, not everyone will want to use the LCDi4 with an Apple device or on a desktop platform such as Roon. Others may prefer their own setting also over the Audeze Reveal’s presets. For those who want to pair it with a decent source such as a Sony WM1Z or a DX200, you will have to twiddle with EQ. 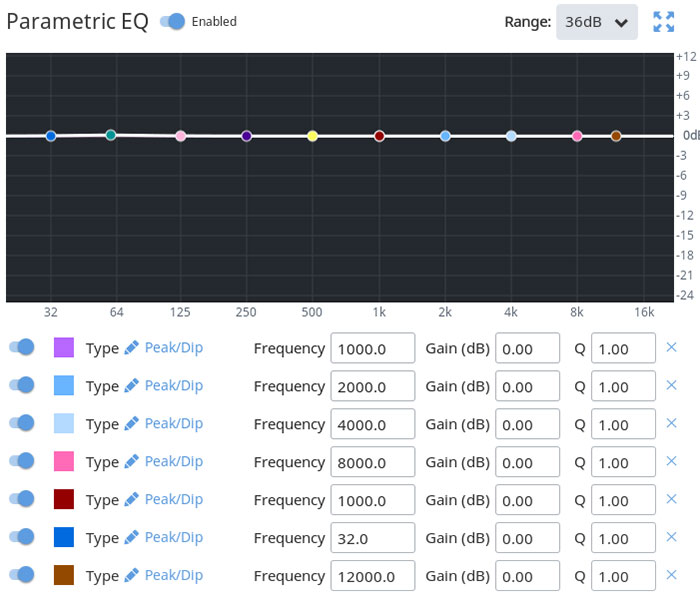 For Roon guys, you do get a very capable parametric EQ interface that is a lot of fun with the LCDi4. You can pretty much target any point in the response curve with through a simple peak and dip in degrees of db plus or minus or you can opt for a far more complex process with banding and high/low shelving. I do advise turning the Reveal plugin off first as any EQ is on top of that.

My own personal preference has been to target that 2-5k response area and bring in a little more energy and gently bump the sub-bass with a dip around 250-500Hz for some additional contrast and clarity. Beyond that a progressive rise beyond 1k to 2-3k and just a minor drop to 5k but not too much. I wouldn’t go too crazy on lifting the treble 7k onwards to avoid creating too much odd harmonic imbalance on vocals and percussion. Nothing worse than a sharp sounding partial overtone on the LCDi4.

Rather than constantly being hooked up to desktop amps Audeze has designed the LCDi4 to be flexible with both portable and desktop setups. At 30Ω and 100dB sensitivity, this places it in the range of a lot of dynamic driver IEMs so you get a decent performance out of a lot of weaker sources that you would never dream of plugging your LCD-4 into.

You most certainly will not be subject to higher noise floor hiss either with the LCDi4. It remains engagingly quiet on just about every DAP, portable amp and desktops setup we tried from an LG G6 smartphone right up to Violectric V281 and Auris HA-2SE desktop amps. 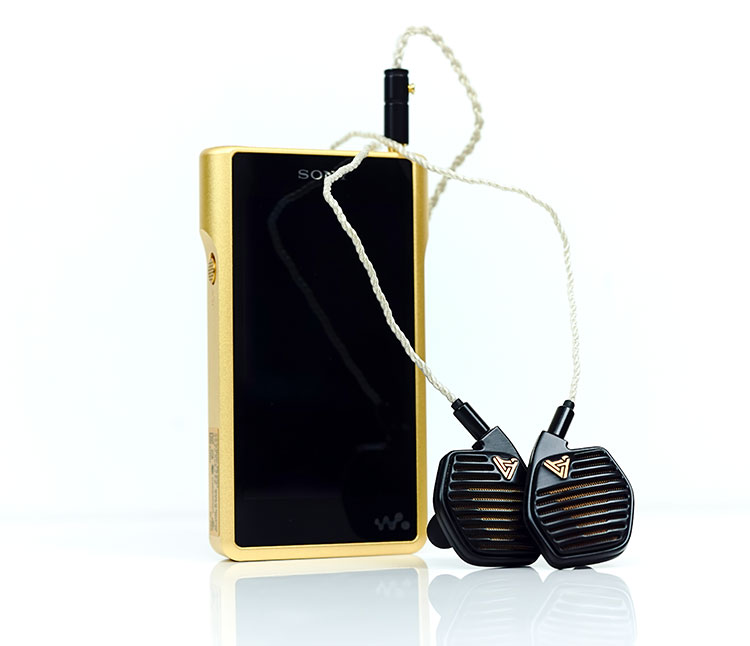 I actually found it to sound reasonably good powered out of smartphones though with Android you lose out since the Reveal Plugin is only available on iOS. Here, I recommend dipping into traditional EQ and focus on the 2-5k dip and a little bump on the low end to get it singing on Android.

For DAPs such as the Sony WM1z, I would recommend switching to high gain and engaging the DSEE HX on female vocal as well as turning on the DC PHase linearizer to Type A high as well as using the EQ. I have always found the DSEE to bring out vocals a little better than its direct sound performance, especially with the LCDi4 pairing.

With the WM1Z 10-band EQ, I tended to follow a similar EQ profile outlined in my personal preferences section but watch out for lower treble partial overtones which the WM1z can sometimes spit out if EQ’ed badly. With the LCDi4 it can get a little artificial sounding if pushed to forward from 4-8k. 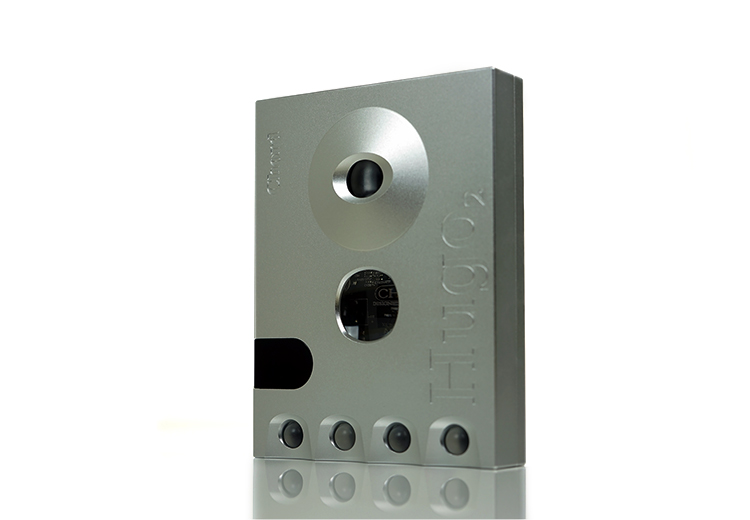 If you are more portable inclined I cannot recommend highly enough the Bakoon Current Mode HAP-01M which sadly Bakoon no longer make. It is magical with planar drivers in both current and voltage mode and seems made for the likes of the LCDi4. It has plenty of headroom but plays very neutral in Current Mode and just a little more coloration in Voltage Mode using the LCDi4. You get more oomph and impact with Voltage Mode versus more speed and balance in Current Mode.

The other excellent and importantly not a discontinued choice is the Chord Hugo 2. Having used and been delighted with the Qutest DAC capability on desktop pairings with the LCDi4 it only makes sense that the Hugo 2 is equally as good. After all, they are basically the same DAC with the Hugo 2 having an amp stage and BT capabilities.

With the Hugo 2, this becomes a flagship headphone and desktop amp shrunk down to bag size. The level of transparency and resolution is just excellent.  It does even better via the Reveal DSP on Roon once the mids are corrected with a wonderfully balanced timbre and engaging tone. 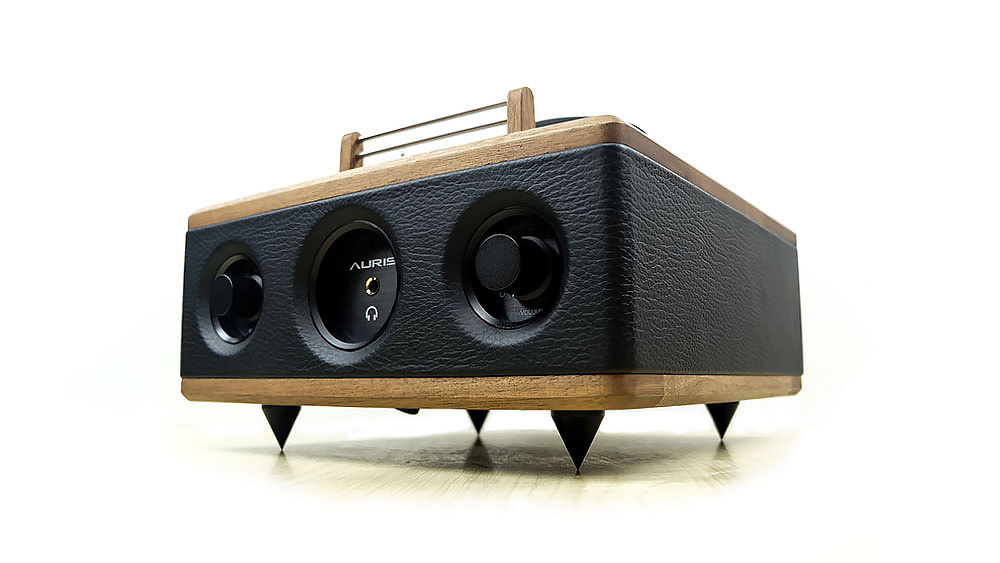 If you opt for a desktop setup then I would recommend a few amps including the Xi Audio Formula S, Auris HA-2SE, and the Violectric V281.

If I switch to the solid-state Violectric V281 amp from the Auris I get a lot more low-end grunt and aggression but still a very clean sound. I tend to enjoy ramping up the wet mix much higher on this pairing to about 60% via Roon.

The Xi Audio Formula S is best managed through a pre-amp though, to be honest, you only need a fraction of the power for the LCDi4. It is naturally wetter and sweeter sounding than the Hugo 2 or the V281 and not quite as neutral even as the Auris HA-2SE. But it sounds very resolving, impressively dynamic and fast sounding with the LCDi4 and never short of headroom. Do you need that much? No, not really, but it does sound really good.