The Tin HiFi T4 is the latest generation of the company’s popular single dynamic driver budget IEM range. It is priced at $109.

Disclaimer: Linsoul sent the Tin HiFi T4 to me for the purposes of a review here at Headfonics. We thank Linsoul for this opportunity.

To read more about our reviews of Tin Hifi products on Headfonics click here.

Having experimented with a balanced armature and planar driver designs, Tin HiFi are back on the dynamic scene. Heck yeah!

As a veteran Tin reviewer, I’m happy to say that against such same-brand stalwarts as the T2 and T3, the T4 is the bee’s knees. T2 Pro you say? No need to apply. Take a look at the T4’s cable. At its nice, non-smelly box (a first for Tin’s T series). Take a look at its clean turbine motifs. It is this year’s – if not this decade’s – best bang-for-buck ChiFi earphone. 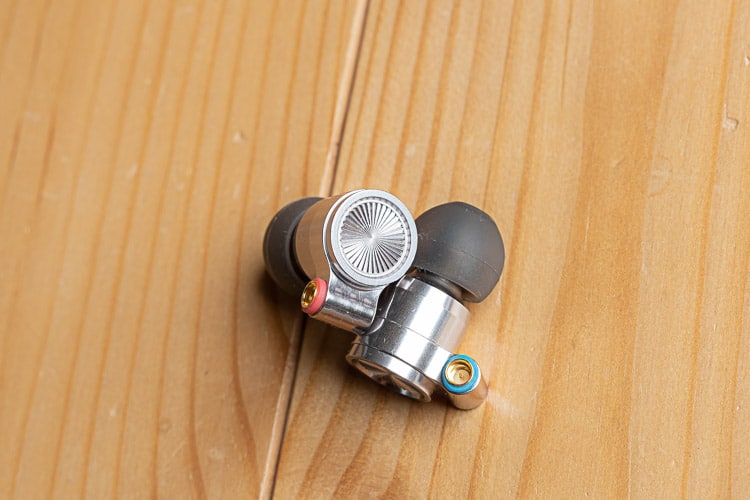 The ChiFi thing is defined purely by price and accessory, box, and branding quality, and usually is rubbish. No Tin HiFi earphone feels or looks like ChiFi. Okay, their boxes do. And neck cinches. And they smell like proost. But in the T4, Tin has stepped up each of these areas.

I mean, check out that cable. It’s thick, simply twisted into place, grippy, and strong. It brandishes an Oyaide 3,5 TRS jack look-alike and at the earphone, it terminates with MMCX. Unlike the T3, the T4’s channel coding is right on: red for right, blue for left.

And the T4’s earpieces are well made. Thanks to low-rise equatorial seams, they are also pretty comfy for sensitive ears. A fine nylon mesh at its mouth keeps earwax out of the sound tube.

From a structural perspective, the T4 is a fine-looking earphone. It even sheds a few unnecessary stylistic flourishes I wasn’t happy about with the T3. Unfortunately, it adds the silliest one of all. The where and why and how and what and who is behind Tin thinking to turn the T4’s face into a jet turbine is a story I’d like to hear, in summary.

It’s not a Tin HiFi marque, it’s unintelligible branding. And it doesn’t add functionality to any surface of the feature. Does it look cool? I guess so. It also shows off how good Tin’s tooling is. But what is its point? None that I can tell. 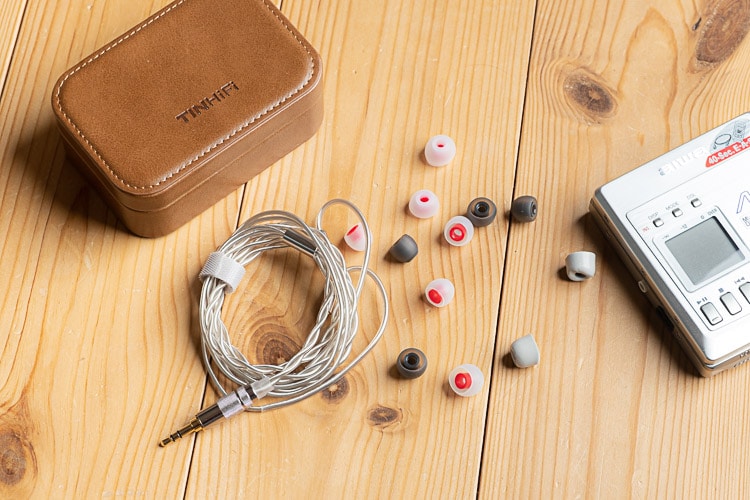 If you’ve worn one Tin HiFi T-series earphone, you’ve worn them all. Each fits well, basically nails insertion angle, and is well finished to boot. The T4 can be worn for hours without fatigue, but not whilst sleeping. It juts out of the ear a bit, but, all things considered, wears really well.

It comes with a decent array of ear tips: 6 pair in some sort of silicone or rubber (in alternating white or black), and one pair in foam tips.

None perfectly fits my ears, so I’ve been slumming it with an ancient Ortofon pair. (And before you slay me for not using the supplied earpieces, I hear very few, if any audible differences between Ortofon’s and Tin’s tips.) 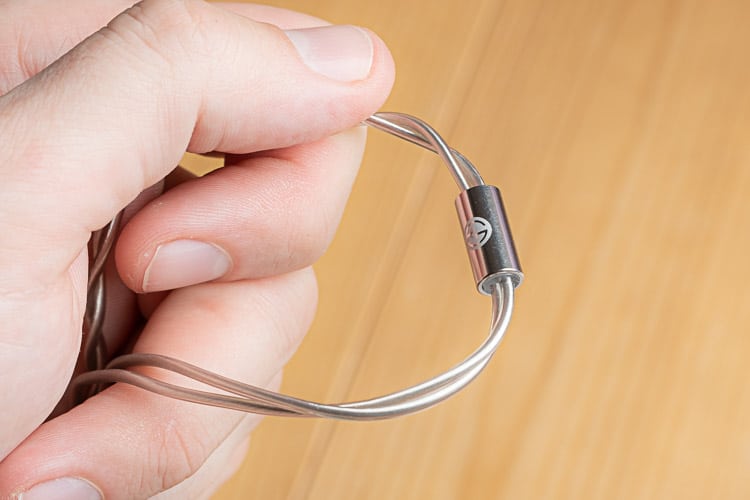 The straight cable works well for large DAPs and home gear, and the thick cable can dangle loads of weight from it and your ear and is a bugger for MD gear, small DAPs, and the like. If you don’t like it, you can change it.

Here and there it transfers touch noise to the ear, but not too much. Compared to a classic Westone cable, it makes itself heard. Compared to a Campfire Tinsel, it is as silent as the breeze. And unlike some earlier T series earphones, the neck cinch doesn’t fall of its own accord. Sure, it’s still a wannabe marble in plastic, it just does its job this time. 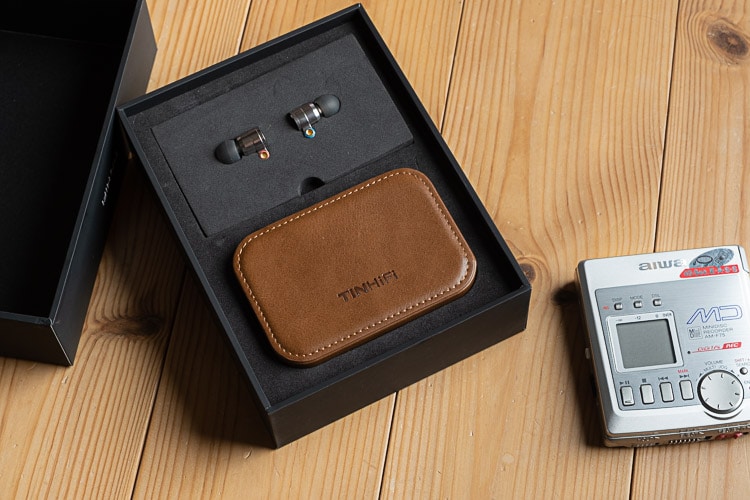 As I mentioned above, you get three silicon/rubber tip pairs in black, three in clear, and one in foam. It’s not a rich bevy of tips, but each is nicely made and comfortable. Whether you get seal with them will be up to you.

Of course there is the cable. But aside from it, the only other thing you get is a pleather case. It is too big for pocket use, and non-locking, it’s not nifty for serious roughhousing and at the same time won’t fit into tight spots. That’s okay. I have a zipper pouch that does the trick.

Until the T4, the T series has bright before it was anything else. The T2 nailed the signature, the T2 Pro went too far. The T3 fixed the errors of the T2 Pro and firmed up the series as the king of clean and bright.

The T4 is way more laid back, almost to the point sounding neutral. Don’t worry though: the T4 isn’t suddenly thick or warm. It leans neutrally with a pretty flat low end and a high end that peaks mildly and only when called for.

Unlike the T2 Pro, it is sibilant free. Its highs are closer to the T3 than the T2, but smoother still. Perhaps because it isn’t as bright or mid-neutral as the T2 and T3, it coaxes a natural vignette from your music, emphasizing the texture and stereo spread in the mids whilst here and there shading lows and highs. Oh gosh, does this thing sound good.

In terms of absolute lateral spread, the T2 probably still is king. Then, there is the T3, with its warmer/richer midrange, which puts up a darn good fight for centric-focused lateral fades. It also bests the T2 in the Z-axis depth.

Well, the T4 does one better. The Z-axis is deeper again, and its midrange fades go out farther before hitting vignetted veils. But the focus is always drawn back into the center. The center in these bad boys, however, is spacious, detailed, and stereo nuanced out the wazzoo.

A crazy thing keeps rolling around in the back of my head. It is this: the T4 sounds so close to the Fearless S6 Rui in both stage width and basic sound signature. Too close? For Fearless’s comfort, yes.

The T2 and T3 had obvious, but minor lifts in the lows. Neither had enough to put out enough sound pressure to yawn much into the opening seconds of Marcus Schulz’s MainStage. The T4 has enough and more. Sure, it’s not a huge yawn, but it totally grinds the low gears next to its forebears.

As the frequency tilts upward, fades to high bass and mid-bass are as smooth as can be. Both basically blend straight into mids about as smoothly as I’ve heard. Part of this smoothness is the fact that the T4’s mid and high bass aren’t Hidizs MS4-level testosteroned out. They rise enough for the ear to think north of neutral but go no further.

Instrument separation down south is good but not exemplary. The T4 puts out medium levels of detail into lows, with above-average stereo separation. Overall, it’s a neutral-ish signature with good stereo and texture detail, and perfect fades into mids. For a lot of people, the T4’s bass will simply melt into the rest of the spectrum. True bassheads will find it lean. Neutral heads may find it a tad too powerful.

I find it right on.

I’m a treble head. My favorite earphones remain the Audio Technica CK10. High levels of instrument separation, great fit, great transients, and speed are its fortes. What the CK10 does awkwardly is pre-sibilant S sounds, sometimes annoyingly so. They are too dry. And the bass is too neutral. Well, the T4 has none of those problems. And along the Z and Y axes, it bests the CK10’s stereo array.

Again, the T4 reminds me of a baby Fearless S6. It fades to extremes in soft vignettes, never approaching sibilance, and retaining excellent stereo detail and texture in the highs and mids. The only thing I find worthy of criticism is sometimes-chaotic high-end reverb, which here and there, can splash.

Vocals are bright, with minor follow rings behind their fading edges. This works wonders in small ensembles, absolutely ‘magic-ifying’ female vocals. The T4 doesn’t manage to plug male vocals with as much pathos as the Fearless S6, but the distance in price and ease of use between the two is almost staggering. 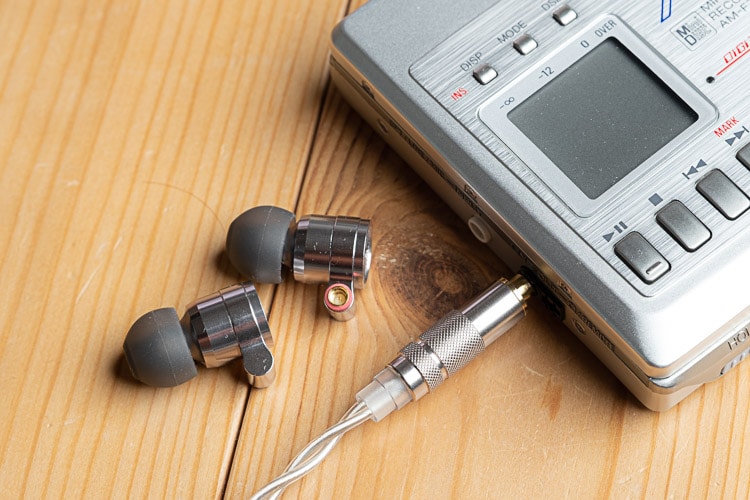 Cooperation is the name of the game the T4 plays. P1 warmth with T2 clarity. The T4 falls close between those poles. It has bass. It has treble. It has a warmish midrange. And great stereo separation with good instrument texture. It also sounds like a baby Fearless S6 Rui,

But, unlike the S6 it isn’t overly sensitive to hiss. Try plugging it into your old Aiwa AM-F5. Sure, you’ll hear a lot of hiss but that hiss won’t pervade every frequency band in every song at almost every volume setting the way it does through the S6.

That means that it is better suited to a wider range of both good and bad gear. And well it should be. With a $109 SRP, I imagine a lot of people will plug it into gear that isn’t high end or cutting edge. It has more headroom in other areas, too. If your amp’s lowest volume setting is too loud through an S6, it won’t be through the T4. 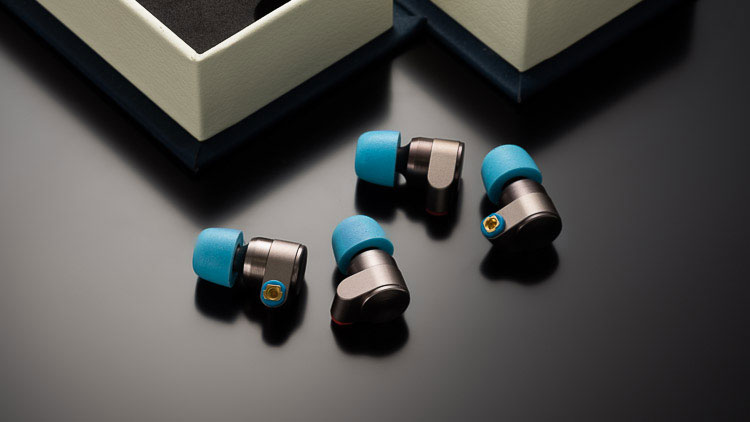 The T2 is brighter, with lower pressure bass, and borderline sibilance up top. Until the T4 it sounded and felt like the most complete Tin Hifi T series earphone. The T4’s bass power and control and smoother stereo gradients are better by leaps and bounds over the T2. And they are nearly as good as the Fearless S6. 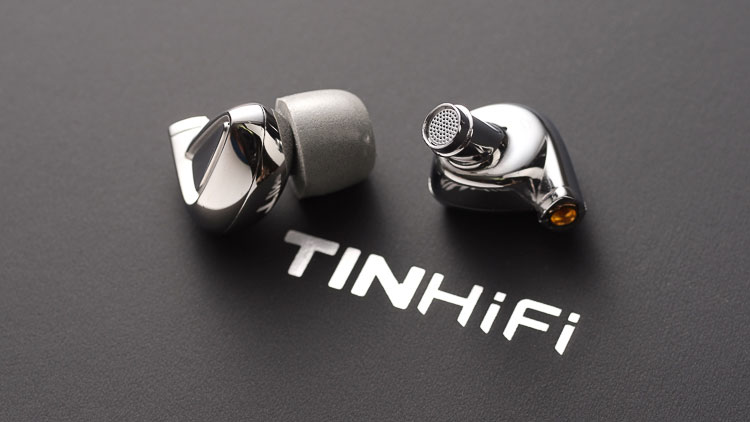 This is the other Tin HiFi that sits at the poles. Combine it and the T2 and you basically have the T4. The T4 is more energetic at both extremes, and it shows greater instrument texture detail. But, it lacks the same massively wide stereo gradients and full-spectrum warmth as the P1. As to which I prefer, I have no idea because they excel in so many different areas. 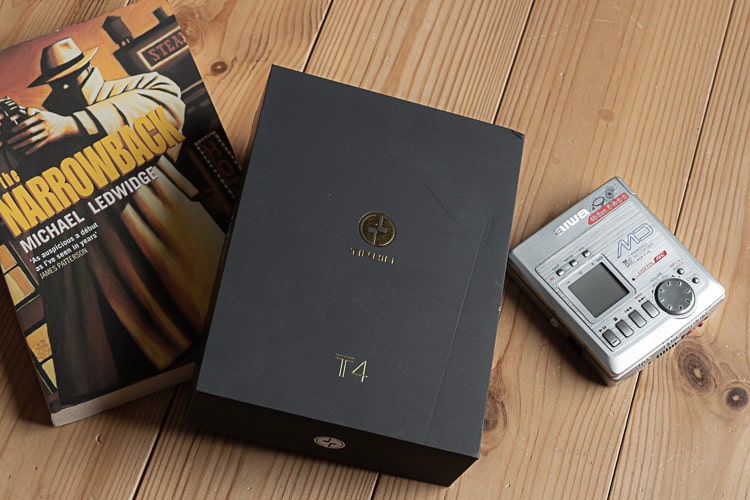 So, it’s got a strange turbine motif across its face. And its carrying case is useless. And its branding is just so-so. Whatever it’s minuses are, the T4’s plusses bear it way way down the road. It fits well. It is made well. It has a strong cable. It sounds like heaven. Heck, it compares well against a great 400$ earphone. It is my favorite earphone of the year.

There’s not much more to say. If you have the dosh and are looking for an audible upgrade from your much more expensive earphones, look no further. It is the first Tin HiFi I’ll recommend across the board to anyone who doesn’t need Shure or Sennheiser or Campfire Audio brand security.