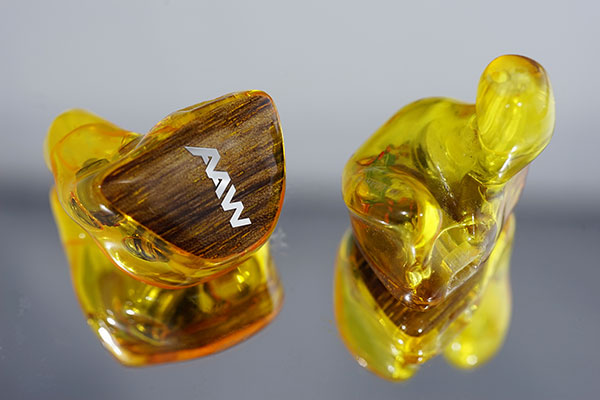 Testing Setup – Mixture of the DX90, Shanling M3 and the Shozy Alien DAPs for testing

Out of the box with the Vitesse Cable, the tonality of the W300AR surprised me slightly in comparison to other custom IEM models I had experienced. I sort of half expected a continuation of the V8 experience only one notch down on the resolution or even something a bit more neutral and airy with a tighter lean bass like the Fidue A83 universal hybrid. Instead, I found the W300AR to be quite rich and warm, a bit colored and a little syrupy on the top end with a somewhat shelved down treble response.

Instead of the slamming tight and aggressive V8 bass performance the W300AR bass signature, though relatively dominant, is a bit more languid and slow paced in comparison more in keeping with the Heir Audio 8.0 lusher but heavily decayed bass response. Given the use of a dynamic driver for much of the bass work it is perhaps in no way surprising that the bass feels a bit slower paced than the more nimble BA setup of the Minerva and the 1964EARS V8. I really don’t see this as a negative since on the flipside the W300AR has a slightly better sense of scale and weight with its hybrid combination than the V8 with its BA architecture for low-end performance.

The W300AR’s mid section is probably its strongest asset with a slightly more forward buttery smooth delivery and a sibilant free and very natural vocal presence for both male and female vocals. It is not quite as lively and spacious as the Heir Audio 8.0 which benefits from an extra set of BA drivers in both the mid range and treble but it’s a lot richer, musical and a little less grainy than the Minerva Mi-Performer Artist’s triple BA midrange performance. Neither the Minerva nor the W300AR have astonishingly nimble top ends but the Minerva’s slightly more neutral tuning and tighter leaner bass offers a more balanced presentation and a better sense of extension and headroom beyond the upper mids than the W300AR.

That is a shame as otherwise, the W300AR is really an incredibly musical CIEM similar in many aspects to the Merlin’s apart from the colored treble performance that may, in turn, be corrected or managed by some careful source and cable matching. If anything the W300AR is a cross between the UM Merlin’s more relaxed tuning and Heir Audio’s 8.0’s overall sense of musicality but with a slightly tighter focus on producing a very smooth and natural midrange and a slick vocal performance especially with female vocals. Both the Fidue A83 and the W300AR house dynamic driver dual BA setups but both are miles apart with the heavier tuning of the W300AR sounding far more muscular and weighted with greater extension than the slighter, tighter, but fast paced A83’s driver. 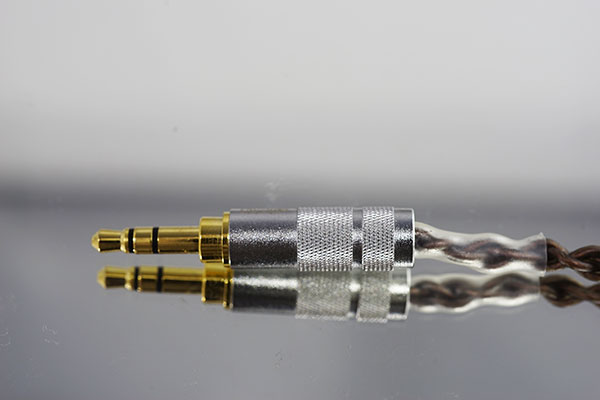 Remember I said at the end of the last page a larger box to allow for the packing of an extra cable? Well, that could very well be the case because I actually believe the choice of the Vitesse cable is the wrong choice for the W300AR to bring the best out of it. I have a few other cables lying around but the Twag V2 (with a Viablue 3.5mm jack termination) totally lifted the W300AR’s treble performance and sense of air and extension.

Suddenly the bass is slightly tighter and less prominent, the mids are a bit more spacious and the treble is present and articulate. The W300AR’s soundstage gains a much-needed sense of space and height and trims off a tiny bit of weight and thickness on the lower mids and bass to give a far more balanced tonality. The Twag V2 and W300AR performance is far more competitive for the price point and leaves the cheaper hybrid Fidue A83 in the dust for enjoyable long session listening. The fabulous thing about the cable change is that the W300AR still retains a wonderful sense of musicality and weight but sounding far more dynamic and engaging than the Vitesse stock cable. Lord knows how this would sound with something like silver but the more analytical nature of the Twag V2 is a far superior match for the W300AR without killing what makes the W300AR unique.

I had a crack also with some home brew copper cable from ALO Audio fitted with an RSA balanced jack on the W300AR and whilst the cable did a decent job in terms of injecting a more lively signature into the W300AR it didn’t bring forward the details as much as the Twag V2, especially in treble performance. 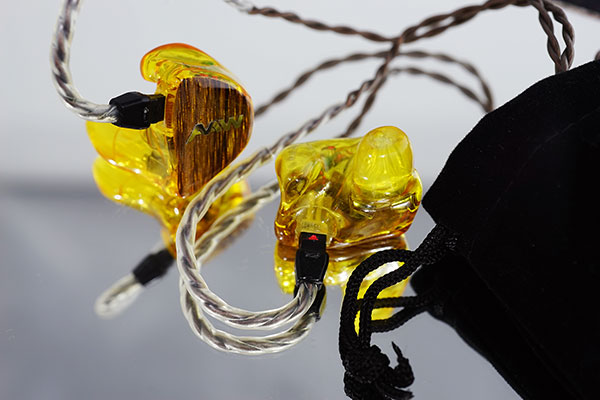 The W300AR’s smooth, warm and even paced tonality is a great match for neutral DAP’s which excel on transparency and do not overwork the bass response to the detriment of the rest of the presentation. Clean and clear DAP’s like the Ibasso DX90, DX100, the Shozy Alien and Shanling’s new M3 DAP will work very well indeed with the W300AR if your intention is to stick with the stock Vitesse Cable. Whereas if your preference is for something like the AK120 or the FiiO range such as the X3/5 then I would suggest their slightly warmer and smoother tonal presentations would be better served with a cable swap to something like the transparent and more analytical Twag V2. As always its relatively easy to drive a CIEM such as the W300AR without an amp and most of the time I do not on the go but if you want that extra added bit of performance then add a good amp because the W300AR does respond quite well to some extra power.

If your option is for amping my usual default choice, the Theorem 720 sadly suffers from a slight level of hiss during quiet moments and in-between tracks. Other CIEMs such as the V8 and universal hybrids such as the 8.0, fortunately, didn’t suffer the dreaded 720 background noise but thankfully the noise is far more marginal and manageable than the Minerva Mi-Performer Artist. Ultimately the 720 combined with the Twag v2 cable gave the most satisfying response in terms of clarity, scale and top end articulation whilst still retaining a very smooth signature with is the calling card of the W300AR.

Amps such as the VorzAmp Duo and the Cypher Labs Piccolo AMP/DAC brought a little too much warmth and low-end response that would not suit the stock Vitesse cable and ultimately require a cable swap to compensate despite them being more than capable performers. The DuoAmp combined with an iPod Classic and the Twag V2 cable was actually very competitive with a slightly bigger and grander soundstage than the 720 and the Piccolo though with a slightly leaner bass response overall. The mids felt a bit hollower but working with EDM tracks it didn’t impact too much on the enjoyment factor.

If you are running on a tighter budget then the JDS Labs 02 amp is another excellent option for the W300AR (Twag v2 version). Its neutral tonality combined with leaner bass signature and relative large sound staging qualities make this an excellent match for the W300AR, especially if you combine it with a fairly smooth source such as the X5. Background hiss is dead zero with the W300AR though there is a very slight channel imbalance at very low volumes that might bother those who fuss over total perfection. Otherwise, your only main concern is the largish size of any stack using this setup when on the go.

What was noticeable on all the matches was just how smooth and rich the W300AR could really be with the right cable match and source. I was ready to write the W300AR off as a bit too weighty and rolled off but otherwise, ok CIEM until I made that switch and found the right source and cable to go with it. Perhaps there is something here for AAW to consider in the options when buying a W300AR with a “stock” cable – move it to silver or neutral guys!

The AAW300AR is no longer the flagship custom IEM, that mantle has now been taken by the W500IR but the quality of the W300AR is nevertheless excellent so long as you pick the right cable either during the ordering phase or an aftermarket cable of your choice. The ironic thing for me and a red flag is that the W300AR is a creative partnership between AAW and Null Audio who are highly regarded for their aftermarket cable work. So I can’t really fathom why they choose the Vitesse cable as their cable of choice for the W300AR. It leaves everything too dark, warm and dull with a very colored top end. It’s a great cable in its own right but it is the wrong tonal match for the W300AR.

Changing to a more neutral or analytical cable will not only lift the whole upper midrange and add some much-needed detail in the treble frequency but it will also pull back an overly dominant lower mid and bass signature. The W300AR’s whole presentation will gain a much-needed sense of space, clarity, and balance. Once you do that the W300AR far outperforms the Minerva triple BA Mi-Performer; feels far more assured, richer and musical than the Fidue A83 universal hybrid and can rightly claim to be a rather impressive mid-range hybrid CIEM.

If you want inspiration also check out their FB page