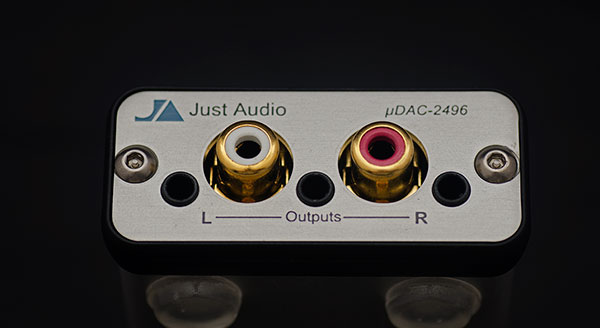 The last time I reviewed the Just Audio line was the AHA-120 and uHA-120 and found the uHA-120 with the K550 to be a very sweet match as well as feeling a lot of hardcore audiophile respect for the brand. It was actually quite the love-fest for many which surprised me since I was not expecting many this side of the world to know it but true enough Just Audio is on the march in quite some far flung locations.Truth be told Just Audio are still a delicious little secret to the greater masses consumed with bigger names and bigger budgets and the units are not dirt cheap but the guys at Just Audio have a great ear and the tuning so far has been wonderful. 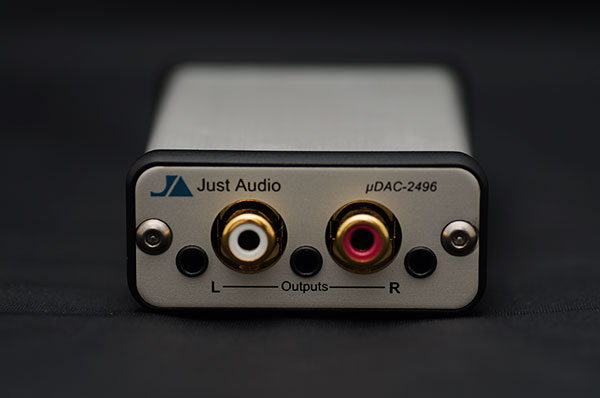 The uDac-2496 is really a continuation of the uha-120 form factor though this time in the shape of a pure DAC. But this DAC is no ordinary DAC in terms of functionality. Out of the box everything you would expect for a portable DAC is there – RCA analog outputs, USB powered input (yeah no more ac cables!), all gold plated but what is this – a balanced output configuration also? Yup the uDAC-2496 sports two 3.5mm to XLR output configurations for it to slot right into a balanced system setup. Now that is confidence if you ask me. A portable DAC this size should not be a system builder but there it is demanding to be plugged into one of my beastly balanced amps. On top of that you have a 3.5mm out for the uha-120 or the aha-120 and technically you really do have a system brain right there sampling at 24/96 to up to 3 different amps. It also weighs a bit more than the u-ha-120 even though they are both the same dimensions. The uDac2496 is packing a lot more under the bonnet and a little bit of weighting has been added just to keep everything stable during usage. Combined with the sticky dimples included for feet the uDAC-2496 is actually quite solid for something so small.

You would also think, “hey something that size cannot be that good right?”, I mean most portable DAC’s are so-so and maybe for portable or simple desktop use and to an extent I would agree with you on that though the ALO Audio International would go some way to correcting my presumptions on the matter. Well the uDAC-2496 actually takes that thought and stamps it up and throws it out of the window with a very big smug smile because for me this is perhaps one of the most amazing portable DAC’s I have plugged into my system to date in terms of tonality and excitement. It is a game changer for me in terms of what portable DAC’s can really do. With no amp added and operating as a pure DAC just find any amp and plug it in and see what happens and I can assure you, particularly on balanced mode, you will change your perception on what this Tardis like box of tricks can really do.

Whilst the Dual Wolfon WM8740 DAC chip is a tad old now and one of the cheaper DAC chips on the market it is still a very musical performer in many respects with a nice warmish tonality that most I know tend to really enjoy as a listening experience. The uDAC-2496 really is that kind of DAC to be honest, expecially on balanced mode. I tested both the LCD-2 and the HE6 headphones in balanced and unbalanced mode with a few top amps and the Schiit Gungnir and the Rein Audio X3 DAC just to see how the tiny uDAC and the venerable Wolfson chip might perform and if it could unseat some of the acknowledged DAC kings right now and the results were very surprising indeed. 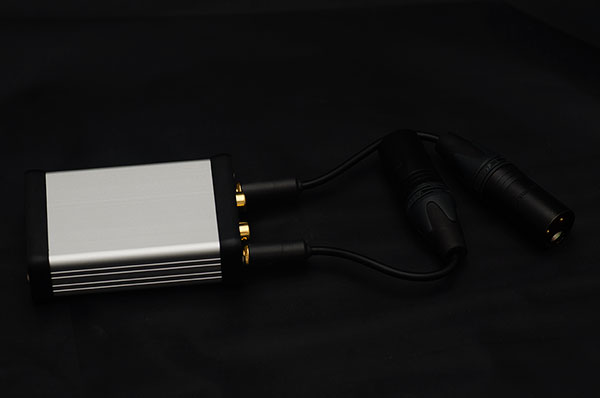 Versus the Schiit Gungnir

The Gungnir is a powerhouse DAC and at $850 with usb onboard it punches way above its weight in most tests done to date. Very highly respected by most and sports a neutral tonality with a bit of sparkle and matches very well indeed both physically and tonally with the equally neutral but very smooth Schiit Mjolnir amp – the mid-fi planer amp king in my opinion at 10w per channel of brutish solid state strength.

This is really a case of David versus Goliath. The uDAC-2496 is tiny compared to the Gungnir but they are by no means distant losers and it is a mighty task to unearth what I consider the pound for pound mid-fi DAC king as of now. True enough on initial testing the uDAC though performing well with the Schiit Mjolnir on balanced mode, the Gungnir had a more dynamic presentation, better PRAT and cleaner presentation. Everything just sounded bigger on the Gungnir; bigger sound stage, more aggressive and better imaging. The uDAC-2486 sounded a little laid back, a bit more mellow and slightly warmer than the Gungnir using the Mjolnir and the LCD-2 Rev 2.

The uDAC is comparitively warm and a little soft compared to the livelier and more dynamic and expansive Gungnir. The use of Dual Wolfson WM8740, one of my more favored musical DAC’s is commendable but it just lacks the clarity and dyanmics of the dual AKM4399 DAC chips found in the Gungnir. The uDAC-2496 has a slightly softer hit and just a little blunted on the attack compared to the Gungnir. There is also a slightly lower bass extension on the uDAC but I still prefer the livelier Gungnir which honestly gives a much better texture at the lower end. The UDAC-2496 may not be the absolute best match for the LCD-2 compared to the cleaner Gungnir given the already shelved down treble even on the Rev 2.

Using the same setup this time with the Hifiman HE6 I get a better understanding of where the house sound is coming from – the uDAC is a much better match to the sparkier HE6 than the LCD-2 Rev 2. That smooth laid back tonality compliments the brighter HE6 rather than the duller muted performance on the LCD-2 rev 2. It is still essentially more laid back and still does not have the resolution of the Gungnir but I could happily listen to the Mjolnir and uDAC-2496 combo – not a hint of edge to it. Very fluid and smooth combination indeed. 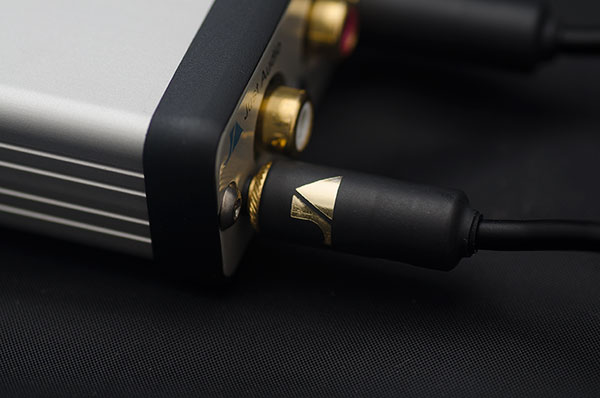 Versus the Rein Audio X3 DAC

Ok next up is the uDAC 2496 versus the Rein Audio X3 DAC using the Violectric V100 amp which retails at $1680 so really there should be only one winner right? Right???

The X3 is a very smooth and interesting DAC and very clean and composed on the V100 but the uDAC-2496 on the LCD-2 out of the Violectric V100 is just superb and so much better! (This is balanced by the way). Everything is a notch higher, snappier with better dynamics and more lively. The uDAC-2496 has a much more engaging tonality than the somewhat more laid back X3 which sports dual Wolfon WM8741 chips and a ton of filtering features.

The X3 actually sounds quite restrained compared to the more bombastic uDAC 2496. Though the X3 is a very competent performer in its own right, very mellow and clean, the uDAC into the V100 just takes it up a few notches and adds some fantastic layer and texture to the bass with a much better kick. That is a revelation. I did not epect that at all but it does seem unfair to Rein given the Rein has some beautiful detail when given the right matching.

Moving to same setup but with the Hifiman HE6 (note the V100 is not balanced output to headphones – why oh why?)

Ok now I prefer the tonality of the Rein X3 DAC over the uDAC for the HE6 – it is smoother, more controlled but the volume has dopped down a notch and again the dynamics just a bit more low key than the uDAC – the uDAC is by far the more dynamic performer with a much heftier bass impact and better PRAT but it lacks the finesse and smoothness that the X3 can offer on the HE6 using the Violectric V100 in balanced mode. Here the X3 is showing that a $1680 DAC can beat the cheaper portable uber DAC when matching is done correctly.

But I tell you this, the majority of LCD-2 owners should think about the uDAC-2496 as the one to beat if you are using the V100 amp and fancy some great dynamic reproduction. It’s a rockers setup in my humble opinion. 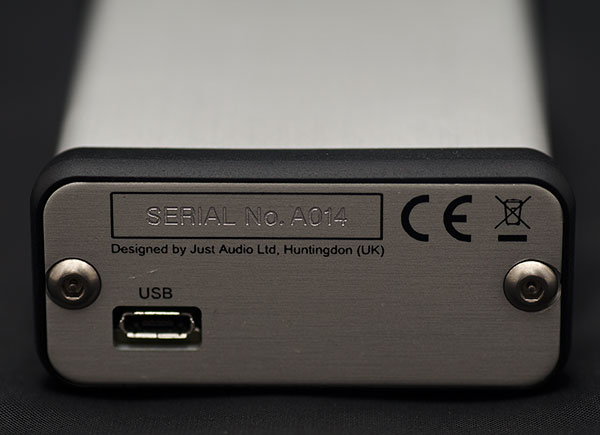 Given the uDAC-2496’s ability to punch way above its size and price point in many ways it comes as no surprise that cheaper DAC’s dont really stand much of a chance. The Maverick Audio D2 is a capable performer, perhaps the best in class at this price point but the sheer musicality of the uDAC and the balanced option gives it an edge on USB. Of course the size of the uDAC means you are without the coaxial and other types of outputs that larger units can provide but RCA, balanced and usb is pretty much the essentials for many. For the likes of FiiO E17 yes the E17 has the optical output but missing the balanced option and is nowhere near the level of the uDAC-2496 in terms of impact. The digital eq on the E17 is something that I would loved to have seen somewhere but given the form factor and construct of the uDAC2496 that is not really the direction Just Audio are going for. 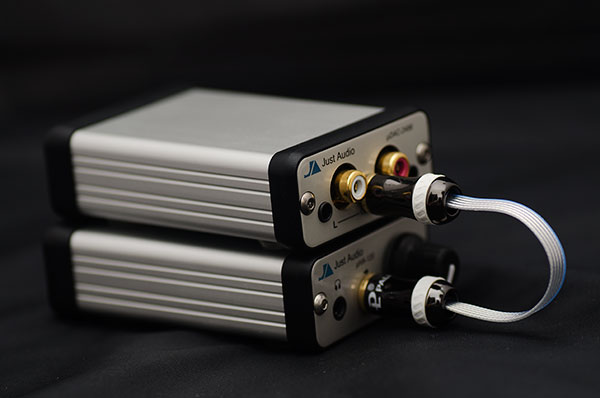 Of course balanced and unbalanced outputs are but one feature, you do still have the front facing line-out for connecting to some quality portable amps and given the form factor it is no surprise it fits perfectly below or above the uHA-120. I was half expecting the already thick and creamy sounding uhA-120 to get even warmer but matching with the K550 the reproduction was pretty clean and the dyanamics shone through. The uHA-120 did take the edge off the hot highs of the K550 as expected but the uDAC also added a much more vibrant quality to the top and bottom end with a slight wider airy sound stage than what previously I am used to using the uHA-120. I can take it or leave it actually since to be honest the K550 I adore with the UHA-120 regardless. As expected the AHA-120 kept things more neutral but much more expansive and detailed than the uHA-120 an retained that dynamic smooth punch which I so like about the uDAC-2496.

The uDAC-2496 is one of the finest portable DAC’s I have tested and it is truely admirable what can be achieved in such a tiny form factor. It punches way above its physical and fiscal weight and extremly satisfying with the right matching amp and headphone. Not the cleanest of DAC’s it positively reeks of musicality and fantastic dynamics that put some weightier DAC’s to shame. The flexibility of having a balanced, unbalanced and line out gives it a wealth of excellent options for connecting to both portable and system building setups. It doesnt have optical or coaxial sadly for greater upsampling like the Rein and Schiit DAC’s but for me a uDAC-2496 would be considered money very well spent indeed.