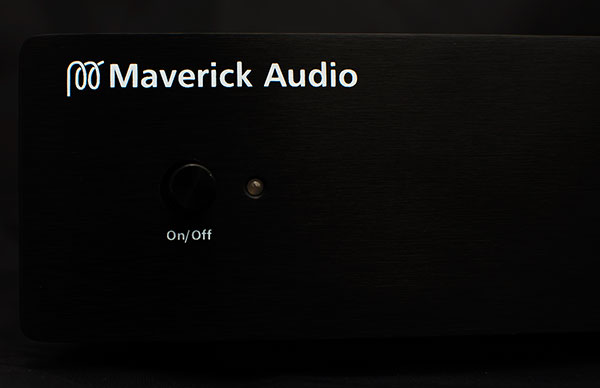 I actually owned the Maverick Audio D1 DAC/AMP for about 2 years I think. Its a starter setup but a nice little workhorse and some good sounds for a budget price of around $250 and in a pretty small desktop friendly package. I got it on the basis of the dual RCA out and tube buffer system as well as obviously needing a better DAC than what I had previously. I think I only disposed of the D1 around Dec 2012 and even then it was for something very rare which showed you that despite the limitations the Maverick D1 held a special place in my heart. I specifically remember the D1 as outperforming the Superpro707 and the uDAC (albeit both are slightly cheaper) on dynamics and possessing a smoother top end than the Cambridge DACMagic and also having a pretty warm tonality that was not too fuzzy. This of course was the upgraded version with NOS tubes. The stock unit I never got to test personally.

I also remember the D1 headphone stage with a little less fondness than some dedicated headphone amps, offering a relatively weak amplication compared to the Maverick A1 tube amp and also the USB was coming in at 48k which these days is far behind the competition. It was also a modders delight and various tube and opamp chip upgrades gave a lot of satisfaction. Even Maverick themselves freely joined in the upgrade fun releasing various permutations on the D1 with also a D1 plus with 192k digital and bitperfect 96k usb inputs and an upgraded Crystal 4398 chip.

The D1 to me was the ideal first time dedicated DAC upgrade. Except that it wasnt dedicated since it had that rather average headphone amplifier circuit inside there also which made no sense in the long run and true enough Maverick Audio agreed and rolled out the D2 which is now a pure DAC and I think it benefits from that tighter focus greatly. I have to take my hat off for the D2 not being more expensive than the original D1, instead the D2 has gone down to around $200 and the D2 sits in now in stock form at $250. Thats a smart move as this is still nowhere near the higher end DAC’s out there in the market but still is a very competitive solution for first time serious upgraders.