There is no huge form factor change either, in fact the D2 looks almost the same as the D1 in terms of width, height and depth meaning existing A1 users who like to stack can continue to do so without any disruption. The major changes are inside the box and also the front and back. The first and most important of which is that the D2 is now a pure DAC, ditching the headphone amp stage and headphone input jack on the front. Some might like this, some may not considering many just stopped at the D1 using it as a hybrid DAC/amp. Personally I prefer the new setup allowing Maverick to focus on developing the DAC implementation with more space and obviously better spend on the R&D. 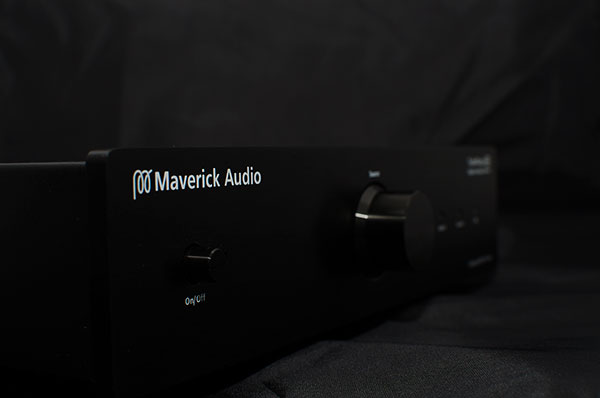 As a result the front plate has a much more minimalist look and feel with the headphone pot gone and instead we have the source selector and a horizontal array of led lights indicating the selected source as you turn the source dial. Top the far left is the power button. That is it. The only thing I think I would want to see modified out of the front plate is a little more resistance on the selector to prevent accidental movement but that is very minor. The sources available for use with the D2 are optical, coaxial, USB and interestingly Coaxial BNC. Gone is the old unbalanced RCA input at the back which some might have used for a portable DAP and in comes what seems to be an attempt to move the D2 more into the position as the heart of an entertainment system. 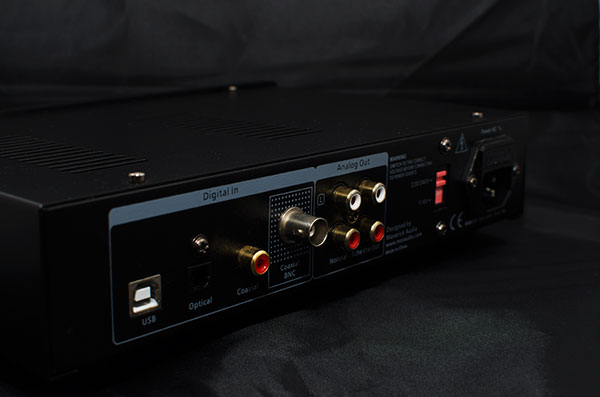 On the inside the old cheaper crystal DAC of the D1 has gone to be replaced by a Analog Devices AD1955 chip for a DAC which is capable of 24/192 but according to the D2 spec sheets seems capped at 96k across all 3 digital inputs. Not sure why this is the case to be honest as most “on paper” budget busting DAC’s now try to at least have one 192 hook-up somewhere but in all honesty 96k is more than enough for most ears and especially for first time upgraders. What is more important are the options, implementation and the tonality for me in a good DAC. One of the best DAC’s I have tested this year, the Just Audio uDAC-2496 is a 96k WM8740 and it stomped over some higher end DAC’s so don’t judge this by specs alone.

The D2 also comes armed with BurrBrown OPA2604 Opamps as stock which in line with popular feedback and myself included found these to be just so so compared to the much more dynamic and involving OPA267’s which you can get pre-configured before you order from Maverick for a few extra bucks. These do not require any soldering (3 dual socket OPA267’s will cover it) and can be inserted within 10 minutes if you know where to look. Thankfully Maverick Audio send out OPA267’s with a small DIY guideline that keeps everything super simple. I highly recommend buying the Maverick D2 with the upgraded Opamps. They make a big difference.