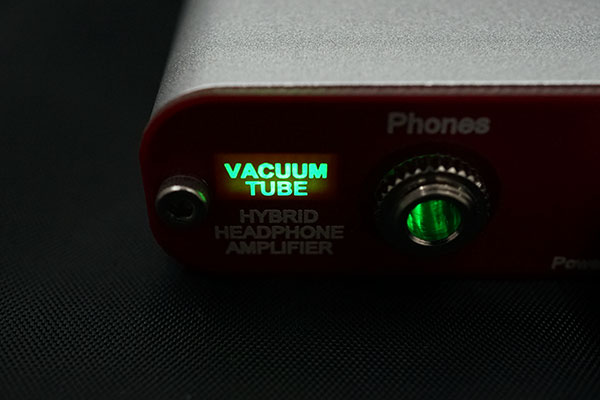 The Elekit TU-HP01 sent to us is a sample in exchange for our honest opinion. We thank Elekit for this opportunity.

To read more about other portable amps reviewed on Headfonics click here.

There are some great portable amps out there but stick a tube in a portable amp and they all come running out of the woodwork looking for a demo. Call it nostalgia, call it new, call it simply pure preference but the concept of a portable tube amp for headphones is really just plain exciting.

The Continental by ALO Audio showed what could be done with a portable tube amp if done right and others have followed such as Go Vibe and most recently Fostex with their new HP-V1 which is about to hit the market. Sweet lush mids, liquid tonality, short playback time, reassuringly warm to the touch, and all retailing for about $500 upwards.

This is typically not an initial upgrade concept, it’s one for the niche in many ways and the price does reflect the perceived growing pains of taking a product like this to the market successfully.

So how about a hybrid portable tube amp with rollable opamps for $230 straight out of Japan? That puts portable tubes within spitting distance of those thinking of their first portable headphone of any distinction.

Does that get your attention? It sure got mine but after testing the Elekit TU-HP01 extensively did I enjoy it? Do I think it’s great value and worth upgrading to or dare I say it, “downgrade”?

That is a very difficult question because on one hand the Elekit TU-HP01 sounds and looks really good at its price point but on the other hand, and as some of my colleagues have also remarked in the local club, it is not one of the most tubey sounding tube amps I am have come across before. That is until you start ‘rolling’.

The Elekit TU-HP01 comes complete with the whole DIY CMOY feel to it but in reality, on closer look, this is a very well executed and built silver and red plated amp. Everything is detachable, the front plate, back, battery, PCB, and importantly the opamps are rollable.

The machine cut is precise especially on the tube vents, the labeling is clean and the associated manuals are well detailed and most importantly understandable from a layman’s point of view.

Those who don’t roll, can now roll in about 5 minutes flat and enjoy the two opamp chips it comes packaged with without having to resort to a small course in electrical engineering. The only thing that is in fact fixed in the amp by the looks of it are the twin Raytheon 6418 tubes 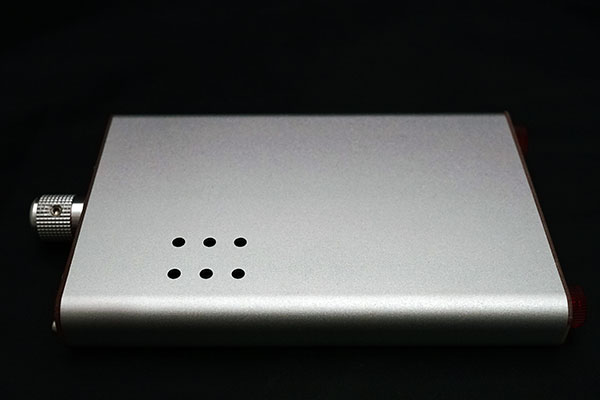 There is not much to speak on the back other than its red, labeled as a hybrid vacuum tube amp, detachable and you can slot in 4 AAA batteries of your choice to power it rather easily without having to resort to screwdrivers.

Rather, as in most traditional portable amps, all the action is at the front with the usual array of in and out 3.5mm jacks, a nice sturdy silver volume pot, a high/low gain switch, and a rather cute little led light (green for go and red for low) lightening up the vacuum labeled area. It’s a cute and intelligent design touch for the rather mundane battery status indicator function. 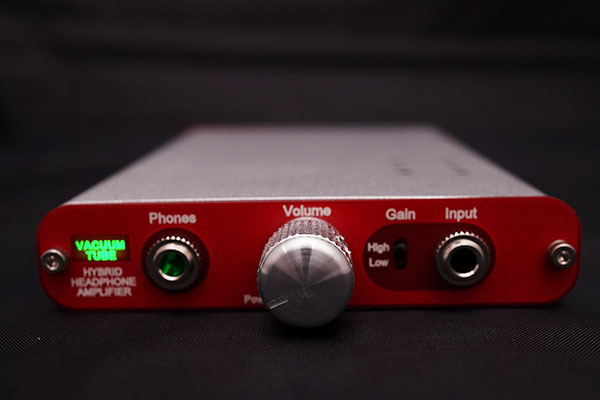 Speaking of battery power I managed to drive the Elekit TU-HP01 on high gain for roughly 8-10 hours plugged into an AK100 which is pretty reasonable all things considered.

The batteries where rather simple generic 900mah ones so I suspect if you are loading these with 2200mah you can get a few more hours out of it, especially on low gain with more sensitive cans or IEM’s. The Elekit TU-HP01 has nothing more complicated than a simple black battery tray that slides out of the back panel.

One cool thing feature to note is the extra front faceplate which is technically upside down allowing you to arrange the front panel button and socket layout. It is more for aesthetic reasons than anything mechanical but if you like to tinker your amp looks this might be fun – maybe even paint it. Brings me back to my Airfix days. 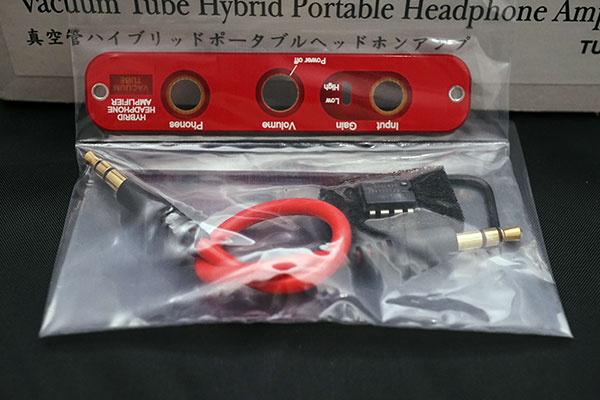 The one puzzle are the tubes themselves, the twin Raytheon 6418’s. They emit almost zero heat and have very low consumption and sell for as low as $3’s a pop and made, well some of them, in the early ’80s and designed for a warm mellow sweet design.

They are not rollable and are almost a sideshow in some respects compared to the emphasis placed on the opamps from Elekit. That is a slight shame since after all the big attraction is the fact that there are a couple of tubes stuck in this amp at a much lower price than most of the competition.

It is actually kind of tricky to say if the tubes do indeed play any role in the tonality of the amp’s final playback or the opamps are the bigger influence but if you are worried about heat then the Elekit TU-HP01 is surprisingly cool.

I did remark at the start that the irony of this tube amp is that with the stock opamp, the Muse 8820, it just didn’t sound all that tubey. In actual fact, it felt more akin to a decent low-end SS portable amp with a neutral to warm tonality and a cleaner but well detailed and balanced sound.

It is not the most bass-heavy or weighty of presentations and came across as a bit light and sharp in more demanding headphones or ones that needed a much richer or colored match. With the Muse 8820, the Elekit TU-HP01 focused more on detail, texture, and balance but not the fastest sounding performance nor the most distinct.

It is actually technically a decent opamp for me and my tastes but for those wanting something a bit more analog, tubey so to speak you might want to try the alternative Texas Instruments OPA2604 which for me is the more tube-like experience setup.

You lose a bit of the balance with the OPA2604 chip rolled into the TU-HP01, going more colored and giving off a much richer warmer, and perhaps fuzzier tonality than the cleaner stock Muse chip. It was a better match for some of my drier and top-down engineered cans such as the K550 and T70p. 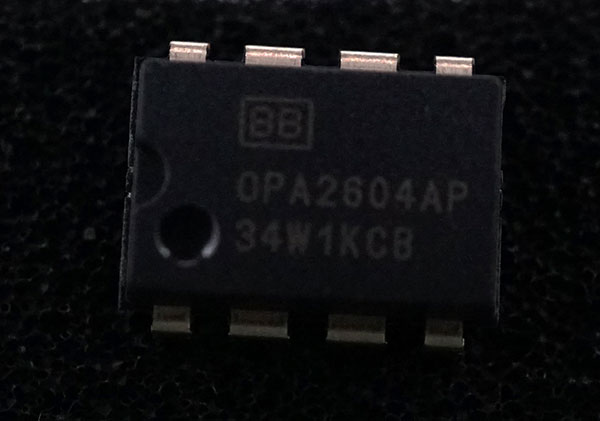 The Elekit TU-HP01 is not the most powerful of amps so it can get a bit stretched tinny and thin on anything really demanding or inefficient. That doesn’t mean though you can put in a whole plethora of IEM’s because it does suffer from hiss and microphonics meaning the whole presentation can sound a bit antiquated and noisy to those who like clean black backgrounds and noise-free listening.

The gain switch doesn’t really change that noise level and if you are using it then its a pretty simple high for cans and lows for most IEM’s for effective volume control.

If anything Elekit’s suggestion of 16-32ohm headphones or IEM’ seems about right for finding the balance between noise and hiss and stretching the amp too far.

There is a lot to admire about the Elekit TU-HP01 portable tube amp. Especially given its around $300 lower than the nearest competition. $230 is a sweet spot for many looking for a tube sound from their portable kit.

Yet the irony is that it really is not that tubey sounding in comparison to the more obvious candidates such as the Continental from ALO Audio. The ability to mix and match opamps is going to give a nice introduction to opamp rolling given the simplicity of the setup and the build and craft of the unit is mighty fine by all accounts so those interested in this are those who want to dabble or learn how to dabble.

Tubes are romantic, portable tubes even more so and if someone said hey try this with a regular portable headphone I can’t say I wouldn’t be too disappointed to stick this on the end of a decent DAP. Until there are others out there at the same price the TU-HP01 is sort of out there on its own right now.