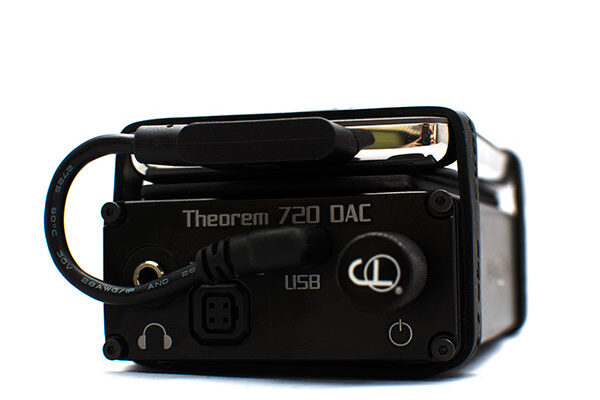 The DAC and the Amp

The Theorem 720 sports an AKM 24/192 DAC which I believe is the same DAC implemented in the latest CLAS Solo revision. The question of whether you can fully utilize the 24/192 resolution is really a question of what source you are using. No problems with 24/192 when plugged into the PC but once you move to Android some versions will slip you down to 96 and idevices sadly are still limited to 16/48. Android users of USB Audio recorder Pro should be better positioned to get the full 24/192 resolution but I strongly suspect only the highest and latest models will be able to do that and Cypher Labs rightly manage expectations on this with an “up to” 24/192 wording for Android devices. The integrated amp inside the 720 sports both single ended and balanced output to headphone and a single ended line out to a system amp of your choice. The jacks are rated under 1 ohm impedance and gain control can be done with a high medium and low setting to the rear.

It is not as powerful as say the RX MK3 but its no slouch and easily more powerful than the Fostex HP-P1 integrated amp. It also has a touch higher noise floor for sensitive earphones that I will get into later. In part the amp choice for me has a lot to do with the 8700mah battery choice. Anything too powerful will give you a more limited life and anything too weak wont hold a lot of credibility either. If this battery is a key selling point then an all singing dancing amp is going to drain that puppy too fast making the whole exercise pointless. 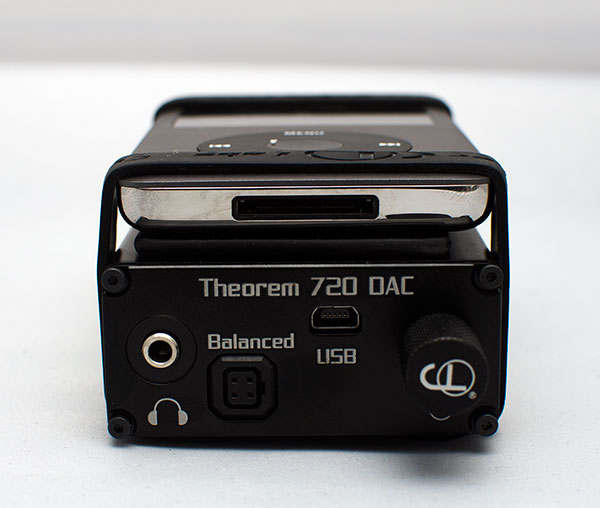 The Theorem 720 tonality and power is just perfect for a large number of my headphones. The core tonality of the 720 for me is a slightly warm to neutral amp with a wonderfully smooth and articulate and well controlled presentation. It really ranks up there with some great desktops with a few of the headphones matches I tried. Whilst perhaps not having the same sense of depth and space as say my Violectric V100 desktop amp’s soundstage the 720 for me performs way above average and slays the Fostex HP-P1 and the Sony PHA-1 in terms of dynamics and clarity.

Compared to the ALO Audio RX MK3 (stock without use of the bass boost) I also found the 720 to present a slightly more intimate and closed sound stage with vocals slightly more forward though in no way aggressive. The 720 amp for me has a slightly more expressive and richer mid range also than the more dynamic bassy RX MK3. This works so wonderfully well for delicate vocals such as Damian Rice’s “The Animals Gone” from his 2006 “9” album. Yes the RX MK3B+ is the more powerful amp and is a great match for many linked up to the CLAS DAC -DB which essentially has the same DAC but the 720 sounds just that little bit sweeter, more intimate and expressive to my ears. That added bit of intimacy just connected a lot better for me even if there was a slight loss of bass impact which the MK3 can clearly churn out. 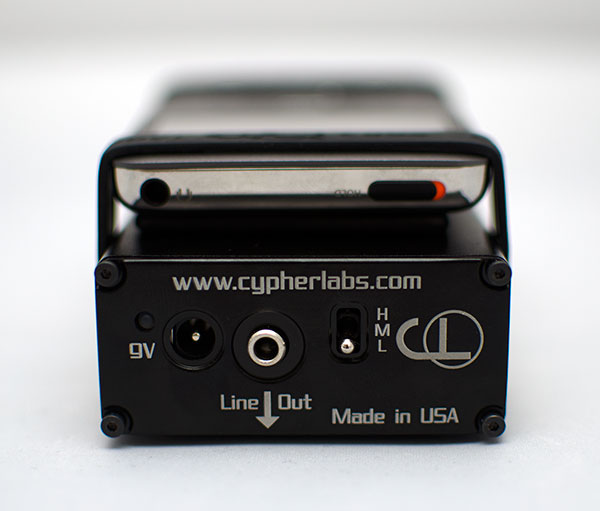 Given its relatively neutral tonality and excellent control and transparency I found the 720 a joy to work with on some of my favorite headphones. The Beyer T70P, never a popular choice among the consumer and portable users here, sounded really accurate, tight and controlled. Especially on low to medium gain. High gain for me got a bit too aggressive and splashy for such a sensitive low impedance headphone but even then the noise floor was barely noticeable and non existent on low and medium gain. The T70P top end just sounded supreme with the 720. Yes I am a big fan of the T70P granted but the treble can get hot and irritating if matched poorly which the 720 managed to successfully avoid. If you want a solid example of articulation and treble done right then the Beyer T70P matched with the Theorem 720 is really good choice for me.

The 720 was also able to easily handle the Momentum (full size) on low gain (around 12 noon) and though it did a more than satisfactory job with the darker and more recessed Momentum I just missed the clarity and articulation from the T70P over the Momentums more laid back and smooth presentation. No fault of the 720, this is more a characteristic of the Momentum’s signature tonality. The slightly fuller and more forward Miniwatt N4 usb amp/dac matched a bit better for me but then I am chained to the desk with that combo which doesn’t suit me at all for the Momentum. Compared to the RX Mk3 the Momentum’s bottom end has a bit more beef but the trade off is that slightly more recessed and less expressive midrange and vocals.

Going up the power range, the LCD-2 V2 for me followed a slightly similar pattern to the other two headphones over the CLAS Solo -db and the RX MK3 B+ in balanced mode with a slightly cleaner and more expressive tonality and a sweeter more engaging midrange. The RX2 Mk3 possesses a bit more slam and dynamics and a “bigger sound” than the 720 using the LCD-2 rev 2 but the 720 for me edges it a touch with its slightly cleaner presentation and more forward midrange. That being said the LCD-2 for me is much more at home with a much fuller and expansive sound stage and natural tonality out of the Mjolnir or EF6 but the 720 does extremely well indeed compared to some of it’s peers.