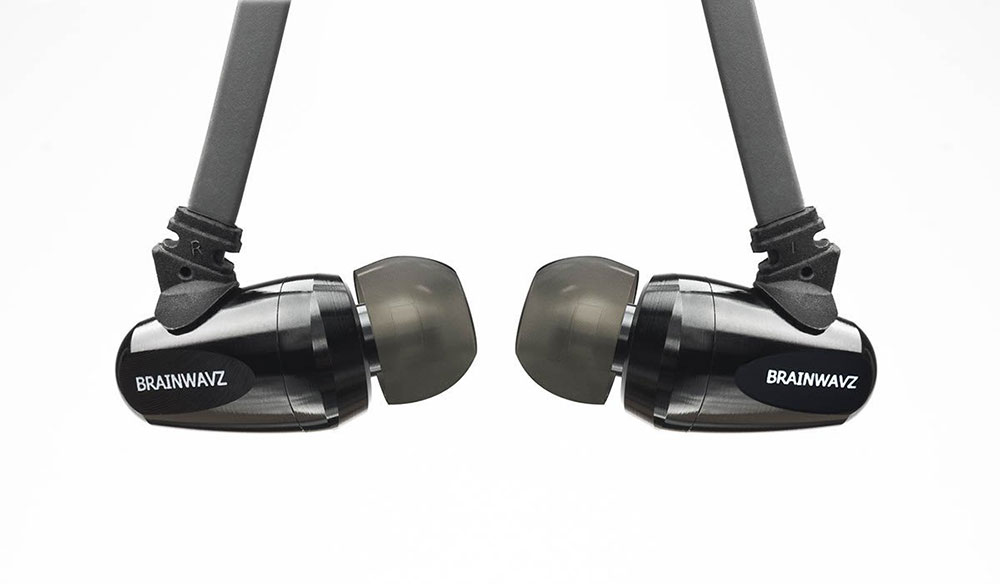 The S5 IEM By Brainwavz

Brainwavz, the darling of the budget IEM audiophiles, have recently released probably one of their most expensive IEMs to date, the $99 S5, just second only to the $123 R3 which is still their current top of the line earphone. The S5 is also top of their S range of noise isolating earphones and having previously covered their $50 S0 I was expecting good things given our previous score of 7.7. That being said its double the price so it will not get a free pass being right on the edge of the budget range, expectations are slightly higher.

This time, Brainwavz have opted for a 10mm single dynamic driver as opposed to the S0 single 9mm dynamic driver and whilst the sensitivity rating is the same in both units at 110dB Brainwavz are claiming the new 100mm driver in the S5 will have a great frequency range than the previous units, particularly the S0 as well as a slightly more demanding input power at 20mW as opposed to 10mW.

That 10mm driver packed into the S5 makes a bigger than normal IEM when compared to the more diminutive BA universals from the likes of Westone but it looks pretty durable which is usually one area that concerns me the further down the price range we go. The S5 casing is pretty much all metal but still reasonably lightweight feel to them and a solid matte black scheme, above average joint finishing and pretty solid strain reliefs, particularly on the y-split with a low profile chin split that meshes well with the overall design. Very discreet looking.

The housing is designed by Brainwavz to be an over the ear experience but I have to tell you that on day to day use my preference was for straight down due to the rather wide flat non-detachable cable Brainwavz uses for the S5.  It is a rather heavy and whilst it will work out much better for lack of microphonics, memory retention, and tangle, it does make its presence felt on the back of the ear  a lot more than other cables I have used.

The cable itself is a plastic sheathed copper cable measuring 1.3m in length and terminated with a gold-plated 3.5mm stereo straight jack. Strain relief on the jack is excellent, it really a durable looking cable, though I would prefer a right angle jack give the target market is most likely budget DAP and smartphone users. The cable also includes a MEMS (Micro-Electrical-Mechanical System) silicon microphone, coupled with a three-button control in line for smartphone (iOS and Android) users.

Ultimately fit and seal will depend on your ears for the S5 and whether or not you wish to wear them over or straight down given the width and weight of the non-detachable cable. Note also the size of the driver housing is such that it will be a deep insertion unless you deploy some longer tips.

Personally, they are comfortable in the ear and relatively easy enough to find a sweet spot where they feel secure with a good seal. The Comply tips will give you better isolation but the flange to me represents the best combination of the seal, fitting, and comfort. Wearing over the ear will reduce microphonics in the S5 but are just not quite as comfortable in the long run as wearing them straight down.

As ever the accessory pack with the S5 is above average and is something Brainwavz can be rightly happy about because it is a lot more than you can expect to receive on some competing IEMs at this price range. Inside you get a single hard zipper pill case which is fairly typical of the case Brainwavz use right across the range with branded red and black colors and the Brainwavz logo in metal on the top right corner. Inside you get a mix of mesh and flat soft casing for holding your tips, jacks and of course the S5. 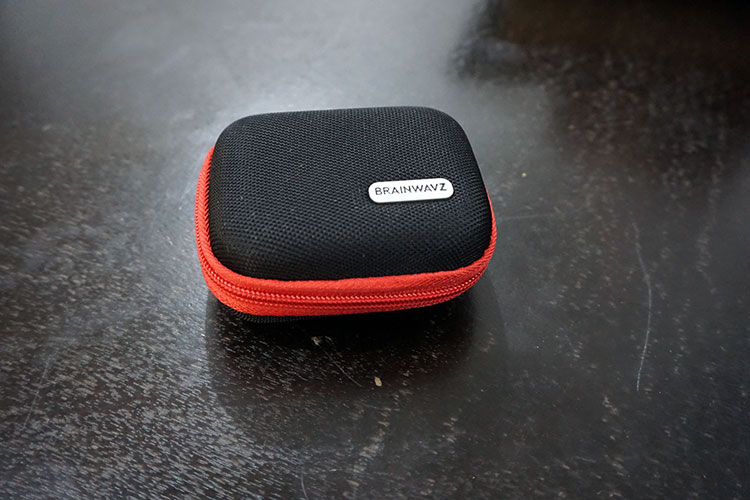 Aside from the case you receive a quarter jack adapter and a comprehensive range of tips including:

I am usually a big fan of flange tips, the more flange the better so for the majority of the review I used the triple flange. Given the slightly challenging insertion angle of the S5 and wearing them straight down the triple flange gave me the best seal and fit. The Comply T400 size was a bit too big for my ear canals and the single bore silicone tips didn’t seal quite as well as the triple flanges. Your ears may vary of course so there is plenty there to choose from to get the right fit.

This is a musical almost v-shaped tonal presentation that definitely conveys an emphasis on the bass response but not, thankfully, an all out bass assault. There is a definite warm sheen to the S5’s bass with a mid-bass elevation for an additional slam but not so out of control to sound too soft or lacking in definition. It is smooth, relatively controlled low end but there is a definite authority and very little roll off in its sub-bass presence. Those looking for a linear accurate bass signature will not find it here but at the same time its no slouch. Those hoping for musicality this is what the S5 offers and in buckets.

The midrange is more recessed though in keeping with the overall tonal quality it does sound relatively smooth. You could argue the dominance of the mid-bass audibly pushed back the otherwise laid back or neutral mid-range presence but I do admire the ability of the S5 to offer up some good detail and decent body to vocals, particularly male vocals. Female vocals higher up tend to have a slight metallic tone but nothing too sharp to distract.

Treble performance has good extension and plenty of sparkle however that slight metallic glare creeps in a bit more with an increased edge to its attack giving lower treble percussion work, such as cymbals, a splashy feel and for those who are a bit treble sensitive this might start to fatigue a little. Overall the treble is definitely more enhanced than the mid-range, a bit more forward and definitely more present in line with the S5 v-shape response.

The S5 is relatively easy to drive out of most smartphones and portable players but adding a touch of amping does enhance its dynamic range, brings a slightly more vivid presentation and adds a touch more air and width to its soundstage. Staging wise the S5 is not too bad for an IEM in this range with the v-shape giving it a sense of space and more air. The S5 extension is good at both ends but the dominance of the bass and treble means that the midrange separation does loose out a bit though I would not term it as congested, best term I can use is intimate. Adding a touch of power through a small amp or a good quality DAP does add a little bit of body and definition to the sound especially in that midrange. Background noise is minimal to nonexistent which, for a dynamic driver is more than normal.

Overall, Brainwavz has produced a solid consumer profile dynamic IEM here which, whilst decidedly v-shaped, doesn’t overcook the bass to the point where everything else is secondary. Yes, the treble has plenty of shine to it so be aware of that and the mid-range does come across as slightly recessed as a result of those two dominant aspects of the range. However the S5 does keep the bass under control, it is warm but not overly bloated, retains pretty good detail, and physically it looks as tough as old boots.

How much of a bargain is it at $99? I would say middling given the RHA MA750 is incredibly good and made from top notch materials and only a few dollars more as well as the woody Shozy IEM chiming in at $59 and offering a far more natural sounding tonality. It’s a very competitive market now and I think Brainwavz are aware of that given only one of their range, the R3, is a more expensive.