The International by ALO Audio

The International is the latest portable DAC and headphone amp by ALO Audio released a little earlier this year and I would have reviewed it right away except the whole design form factor is made to fit nicely in with the AK100 from Astell & Kern (iRiver) so I actually wanted to spend just a little bit of time with a few combinations to see if there was merit in the International and to justify saying whether or not this is the “go-to” headphone amp for the AK100. ALO Audio’s amp line up is already pretty strong with the National, Continental and RX3 so as a headphone amp alone it needs to have a pretty convincing presentation for me to really recommend it without even going into the DAC features which pull it away from the AK100 match up that it is designed for.

Well after four weeks solid this is now my go to amp for portable listening – how the heck did that happen? Well a few things actually contributed to my cynical walls dropping as well as my audiophile pants. Putting aside the now standard issue 50’s styling retro-minimalist packaging the International is a real cutie, much smaller than I thought it would be but also much heavier for the size. It’s about 25% taller than the power churning RX3 though and given the current fad for small amps with big power it comes as no surprise the International is no weakling either in the output stakes, though not as high as the RX3. 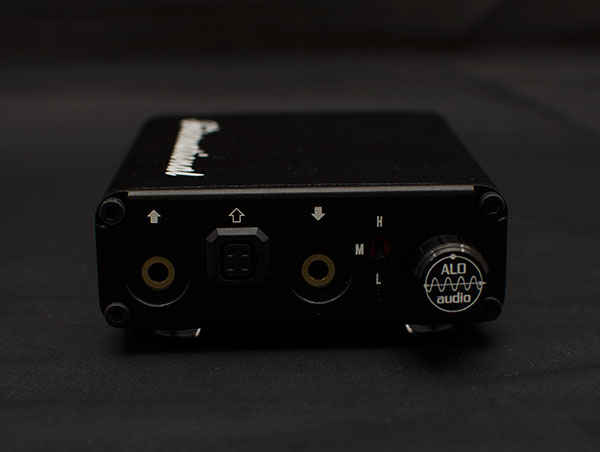 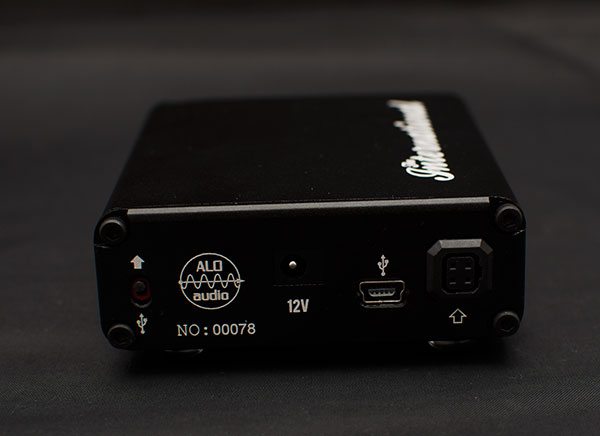 A few things to note about the International that make it stand out for me. First it is a both single ended and full balanced meaning if you want you can tag it with the CLAS -db as an alternative to the RX3 system. Yes the form factor is a bit awkward but nothing like having an alternative right there to the RX3 tonality wise. The second is the DAC making it compatible right out of the PC with a usb input and a 24/96 sampling rate Cirius Logic CS4398 DAC which puts it right in there among desktop and more mobile competitors though not quite on the KingSound UD384 level. You can run this single ended also (with three gain options for both single and balanced) but the power is in the balanced output and using the same set of balanced 4-prong connectors as the RX3 and the Ray Samuel’s predator type amps you can run a full size balanced headphone either direct from the PC using the headphone DAC setup or on a portable solution with the AK100 or tied in with a transport/DAC such as the CLAS -db making it one heck of a flexible solid state sampling companion. Flexibility I like and the International has bags of it.

ALO Audio claim it will juice out around 14- 16 hours using it as an amp and around 8-10 hours using it as a DAC. I got in and around 10 for my portable needs though in in stretches with breaks so the figures don’t seem too far away to me. Charging is pretty much on the same AC Adapter setup as most ALO Amps these days – I really need to start labeling my adapters soon, one of them will surely come to a sticky end if I don’t check before I plug in. Sadly no Ibasso style pouch for the amp for carrying around though that honestly is just nit picking. Is it me or does a portable amp benefit from something to put into for safe keeping? Rein Audio’s desktop X-Phone amp has a huge suede pouch which is frankly ridiculous but its $200 less than the International. Otter should really dream of cool cases since I am sure there is a niche in there somewhere for hardcore portable audiophiles much like igadget freaks. 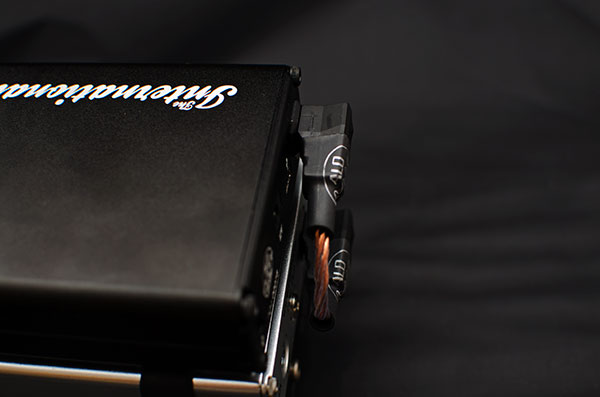 Compared to the V2 Continental the bass weight of the International far outshines the V2 capabilities. Not having the pleasure yet of playing with a V3 I do think though that the special qualities with tube amping will always set both the V2 and V3 apart from the International but goodness the International really competes so well that if you are after a all in one the International for me is a much better package for genre flexibility than the mid-centric V2. That is without going into the shorter battery life of the V2 and the general hotness of carrying that larger portable tube amp around. 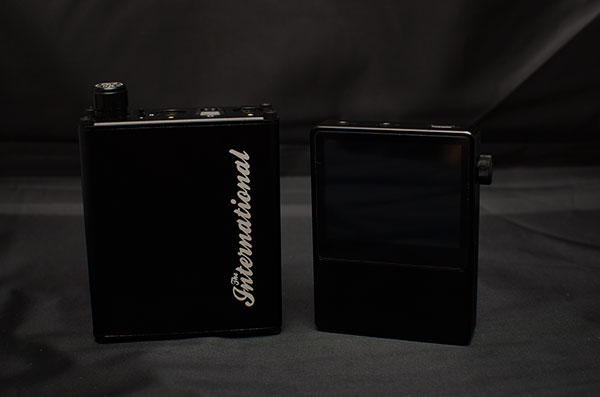 The RX MK3 has the power edge over the International, better high end power hungry headphone matching and perhaps more zip and sparkle in the treble than the more laid back International but can come at a cost of being slightly more brutal in its presentation and not quite as coherent and smooth as the International. This is particularly so once you level the playing field with some mid-range headphones or flagship cans that are much easier to drive.

I still prefer the Just Audio uHa-120 over the International with the AKG K550 due to its beautiful thick analog tones but the International really matched well with the mids king K501 allowing a really smooth but articulate listening experience without any harsh edges or incoherence in that wonderful K501 sound.

More sensitive IEM’s in low impedance setting don’t suffer from any undue hiss or background noise thankfully though my UM Merlin’s still require something with more sparkle at the top end to let them truly shine. I have long since considered that the key to the Merlins is silver and a brighter amp but have yet to find the perfect combo for them. The Merlin’s did perform quite well though in terms of depth and tonality without any muffling or booming bass. Knowles driver based dual BA’s work very well also with the International with the Rock-It R50 having a nice clean expansive response without too much top end heat. 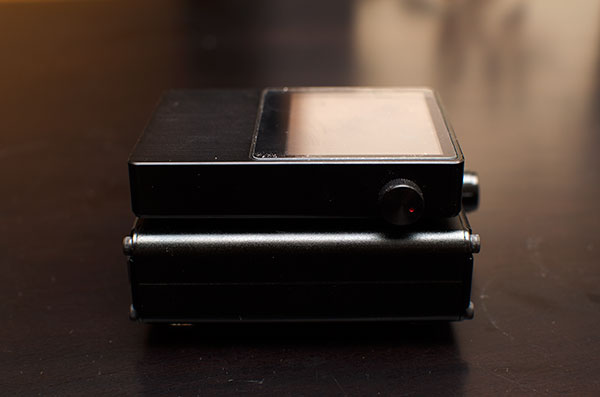 Easier to drive planers worked very well also with the International. The LCD-2 balanced produced a very smooth response with very tight and extended bass response and natural mids that are the hallmarks of a good match with the LCD-2.

As a portable DAC solution it clearly outperforms the likes of the FiiO E17 or E07k with a much bigger sound stage and a more dynamic presentation. I don’t think it is quite as good as the CLAS -db DAC solution but then again you can plug in the International and use it with the CLAS -DB as an alternative to the RX Mk3 for balanced reproduction so even there you don’t loose out on any flexibility. The qualities of the headphone amp in the International carry through to the DAC section. It’s a smooth performer and well balanced without any edginess or grain in its tonality. It outperforms stock level desktop amps such as the Marverick D1 and D2 tube DACs (not modified I might mention) in terms of articulation and refinement.