Disclaimer: The FiiO i1 sent to us is a sample in exchange for our honest opinion. We thank FiiO for this opportunity.

FiiO i1
The Bottom line is that for people that want to get a louder sound out of their iDevice, I would pass on the FiiO i1. If you want to just get a slightly smoother and more laid-back sound and don't listen too loud then for $40 this is a good alternative to the iPhone headphone jack.
Slide here to add your score on the gear!32 Votes
6.8
6.8
Score
$39.99
FiiO

After having owned and loved many other FiiO products before due to their outstanding sonic value per dollar, it looks like they are at it again with the i1.

What we have here is FiiO’s first Apple MFi certified digital to analog converter (DAC) and headphone amplifier designed for IOS devices to be connected via the Lightning jack.

IOS users that want an inexpensive way to replace the built-in DAC of their iPhones or iPads now have the opportunity to do just that for $40 which is the first time that I have seen a 3rd party product like this to come out at such a low price point.

I am not alone in my opinion that FiiO designs products with a good bang for the buck. That is clearly evidenced by all the praise that people all over the web have said about many of their products in the past.

So, let’s investigate further to see whether we have another winner here with this one.

So far as the build quality goes, the i1 looks nice enough and is functional.  It is 9.5mm thick and looks quite clean without any funky looking edges.

It does what it needs to do and gets out of the way with nice tactile buttons and all the basic functionality that any modern remote control on headphones and units like this has to offer plus more like Siri control. There isn’t anything to complain about here, especially for such an inexpensive unit like this. 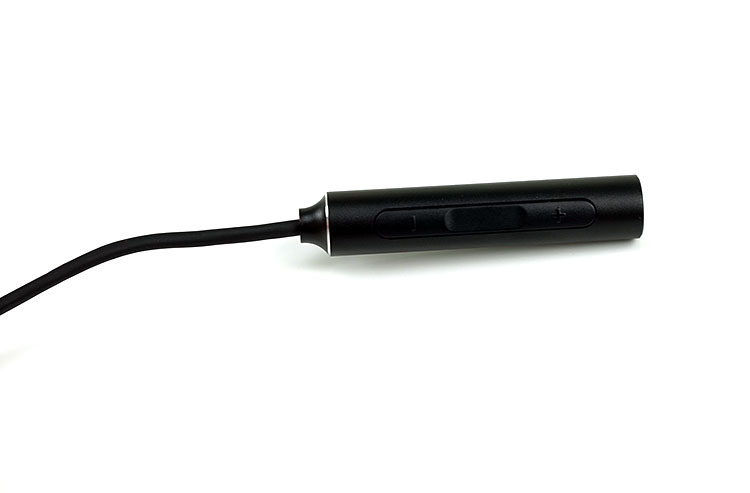 The i1 uses a new DAC chip called the NAU88L25. Upon chatting with Marcus (owner of Headfonics) and searching the web, I found that this chip is manufactured by Nuvoton Technology. Here is a snippet of what it says on their website…

With its ultra-low power consumption in all key areas, highly flexible and configurable accessory detection, and reference audio CODEC driver for Linux, Android, and Windows OS, the NAU88L25 simplifies designers’ efforts and gets their products to market quickly.”

So far as the amplifier is concerned, it looks based on FiiO’s site that it is integrated with the DAC chip and gives 30mW into a 16-ohm load.

The i1 supports playback of lossless files up to 48khz and may go to up to 192khz pending changes to the Lightning Audio Module (LAM).  Nine file formats are currently supported, these include AAC (8 to 320 kbps), protected AAC files from the iTunes store, Apple Lossless (ALAC), AIFF, and more. The i1 also supports streaming services like Apple Music, Spotify, Tidal among others.

The i1 also comes with a high-sensitivity microphone ensuring good sound for phone calls and recordings.

The remote-control buttons are big enough and are tactile. There are 3 buttons that allow for functions like pause, play, volume up and down, switching tracks as well as for answering phone calls.

The i1 is plug and play and is firmware upgradeable when using FiiO’s app downloadable from the app store. The i1 goes into power saving mode when iDevice is on standby which is good since draining the batteries down even without being used wouldn’t be good. 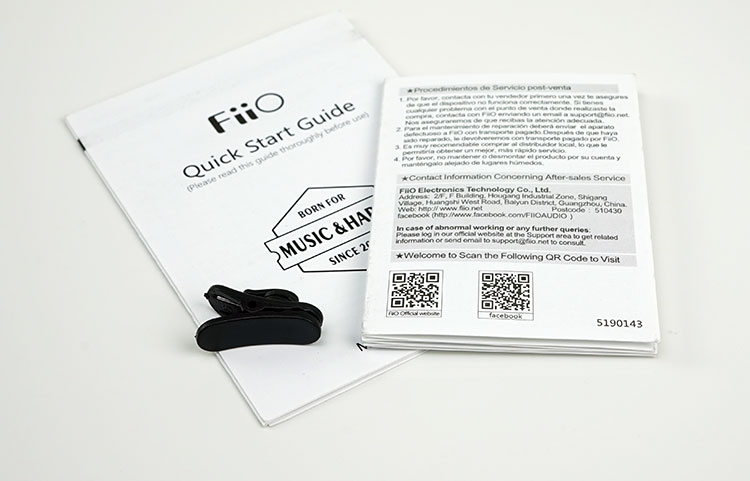 Packaging is clean and usual FiiO fare. The unit is very stripped down and basic. The i1 comes with an alligator shirt clip, manual, and warranty card. The manual is also very basic with an English and Chinese version of the instructions.

Now for the real important part of the show. How does the thing sound? Does it sound better than an iPad or an iPhones headphone jack? In a word, yes but its more complicated than that. At first, it sounded blurry as if it was playing a 128kbps mp3 vs a lossless file. After playing it with music non-stop overnight, the transients cleared up and no longer sounded wishy washy like an underwater movie sounding bad mp3. I guess in this case, a short burn in plays a big part of how it sounds.

Using a 35-ohm Audio Technica M40x or an 18ohm KZ zs5, The i1 is consistent in sounding warmer and more laid back with smoother upper mids than any of my iPhones or iPads.

Going back to the iPad or phone was actually a little painful because the sound became thinner and had less meat to the bone. The i1 actually reminded me of the sound signature of all the other FiiOs I’ve tried in the past. The only drawback here is that it isn’t as powerful as FiiO’s other more expensive dedicated amplifiers.

Listening to all kinds of music from Jazz to Classical to Pop and Rock to Metal, the i1 consistently showed its prowess over the iPhone’s headphone jack in refinement and tonality. The i1 just sounded more mature and refined from top to bottom with a more natural tonal balance that will be a plus for those who crave for natural sound over an aggressive exciting tone.

As to which one is more neutral when comparing the iPhone jack to the i1, I would say that perfect neutrality lies somewhere between the two. Dynamics, however, are about the same with the iPhone slightly being more aggressive with transients due to their brighter/ more aggressive nature.

A word of caution though is to beware of the i1’s power limits since it may be a little short of what you may need if you want to rock out with headphone’s that are not too sensitive. I say that because, with my 18 ohms IEMs, the amp shuts off before going to full volume.

That is a no-no for me since I love to listen to music loud but for most purposes, I think the i1 will work very well for those that just want a better sound out of their iDevice and don’t listen to music as loud as I do. However, it never shut off with my 35-ohm Audio Technica M40x even at full volume with anything I threw at it. 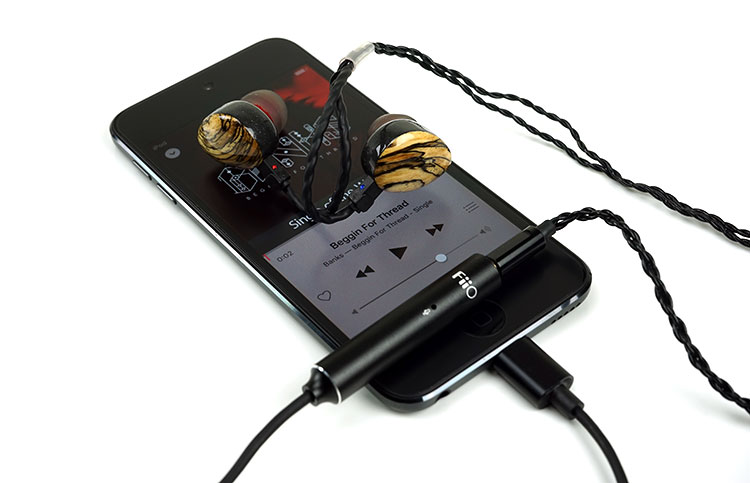 Sonically, the FiiO i1 matches well with anything that is easy to drive that needs refinement over excitement. It may not work with planars that need lots of power but for headphones that are easy to drive, these make them more relaxed and refined compared to the usual iDevice output.

Do not pair them with overly laid-back sounding headphones or earphones though since they are slightly tuned towards the relaxed sound of things. That is unless you like your sound that way which is fine.

I have found however that with low impedance IEMs like the KZ-ZS5, the device automatically shuts off and needs to be reinserted when the volume gets loud. It seems that there is a power overload circuit of some kind.

I have tried this with a variety of songs to make sure it wasn’t the file and have also tried it with another headphone with a higher 35-ohm impedance (Audio Technica M40x) and can confirm that the max volume shut off only happens with the 18 ohms IEMs.

Apart from the shut off due to the protection circuit that I feel maybe there, the connection also seems to be intermittent. Sometimes the device plays music through the headphones and sometimes it needs a few tries disconnecting and reconnecting again to get them to work again.

I check the firmware update button regularly on the FiiO app, by the way, to be sure that I have the latest but I am not sure if it is a firmware thing or just a lightning connection problem. 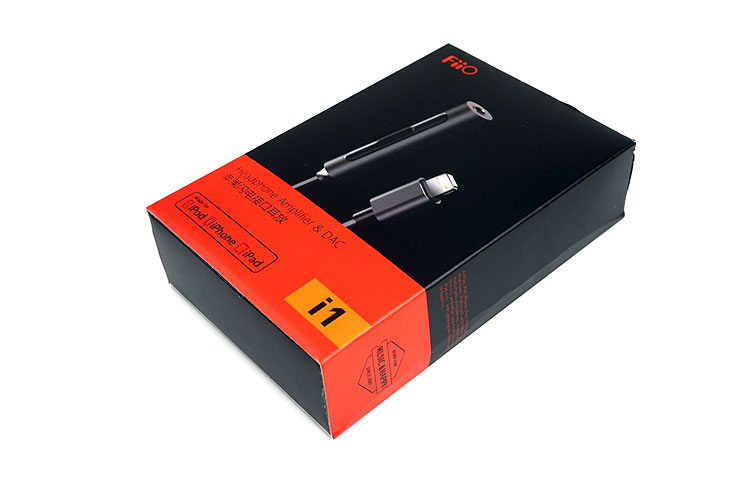 The Bottom line is that for people that want to get a louder sound out of their iDevice, I would pass on this. If you want to just get a slightly smoother and more laid-back sound and don’t listen too loud then for $40 this is a good alternative to the iPhone headphone jack.

I know I enjoyed listening to music out of it more than the built-in iPhone 5s headphone jack for its nice rich tone. It is just a smoother, fuller, more natural sound until you turn it up and it shuts off automatically.