FiiO never tire of churning out great gear so this one came out under the radar a bit when they called to see what we thought of the E02i. What is it? Is it another low budget amp? Is it a gadget that looks like or is sponsored by Sylvester Stallone? Not quite… Lets just say that it is a low budget headphone amplifier for DAPs and Smartphones thats just like Rocky Balboa in the way it punches above its weight class.

My sonic expectations when I first saw the little device was not that big. I actually thought it would be something gimmicky and useless unless one just wanted to boost the volume of headphones via smartphone disregarding sound quality. I turned out to be wrong. I admit that I found the last Fiio portable amp that I tried (FiiO E6) to be quite good and didn’t think that the Rocky would be quite as nice since they are sold for about the same price while being metal in construction instead of the E6‘s plastic. Plus the extra manufacturing cost of having to include a bonus feature for handsfree cellphone usage would mean that they would have to compromise somewhere right? This thing is supposed to retail for $29 which is about the same as the FiiO E6 while having a nice metal construction plus the microphone for handsfree usage (which I admit I didn’t try since I don’t use a smartphone). 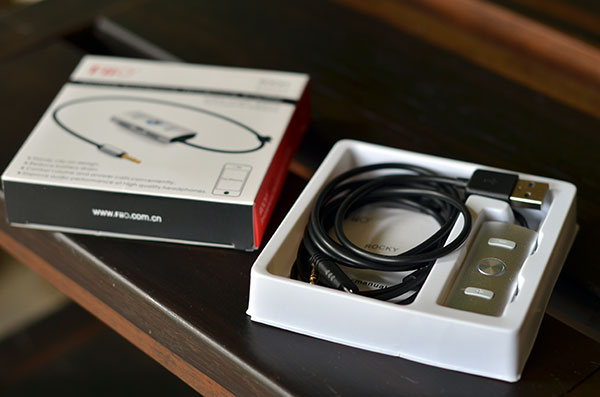 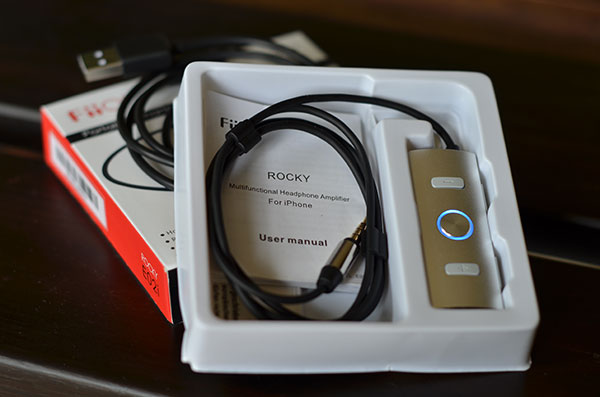 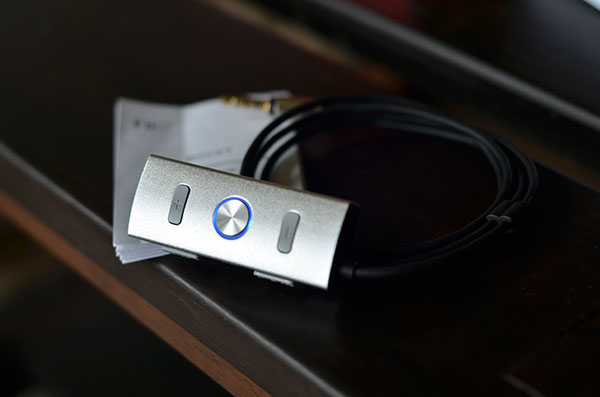 So now how do they sound? Well, Quite good actually! The sound is on the same level of quality as the e6 with about the same amount of gain when comparing them at full volume on the different sources I used. The Rocky has a little bit of a brighter and crisper sound than the E6 though which might be a good or bad thing depending on the synergy of the headphones being used. On my Beyerdynamic DT250-250 ohm for example, the extra crunch on the edges was actually a good thing when paired with the slightly soft sound of low budget sources like a sansa clip or an old ipod. The bass boost function on the Rocky also sounds cleaner than the one on the E6 which I didn’t quite like. In fact, I hardly use any eq or bass boost on any headphones ever but the Rocky’s bass boost is actually a good thing when used with my Koss ksc-75 for walking/ exercising purposes. the bass boost switch on the Rocky gives a good amount of extra bass without distorting like it does with some songs on the E6 when the bass boost is being used. 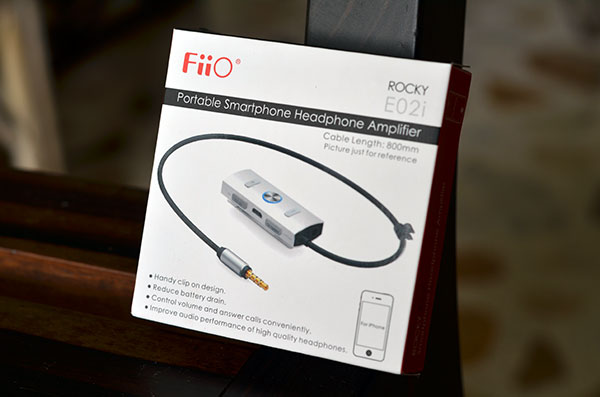 So is the Rocky worth $29? If you don’t already own a higher end portable amp, I say definitely yes! Remember I am saying that these are already worth it before I have even tried the microphone for use with a phone so that in itself is already a bonus.