The ES-2 is more efficient by the ES-3. On paper, it’s rated at 26.5 ohms and 119dB compared to the ES-3’s 31.5 ohms and 116dB. It may not seem like a huge difference but running both across a number of sources and amps I got around a 5-step difference in terms of volume setting between the both with the ES-2 consistently the quicker to reach ideal volume levels. Suffice to say the ES-2 will be suitable as a partner for smartphone and weaker amps.

True enough 26 ohms is not super sensitive at SE846 or Andromeda levels but I was expecting a level of noise to be higher or at least more detectable on the ES-2 than the ES-3 but it simply wasn’t the case. DAPs with known higher noise floors from the X5ii and the Shozy Alien all behaved themselves remarkably well. I see no value add in using portable amping with the ES-2 unless you want some subtle tonal changes to your source. It’s fairly sensitive to begin with and does not have huge scaling potential. 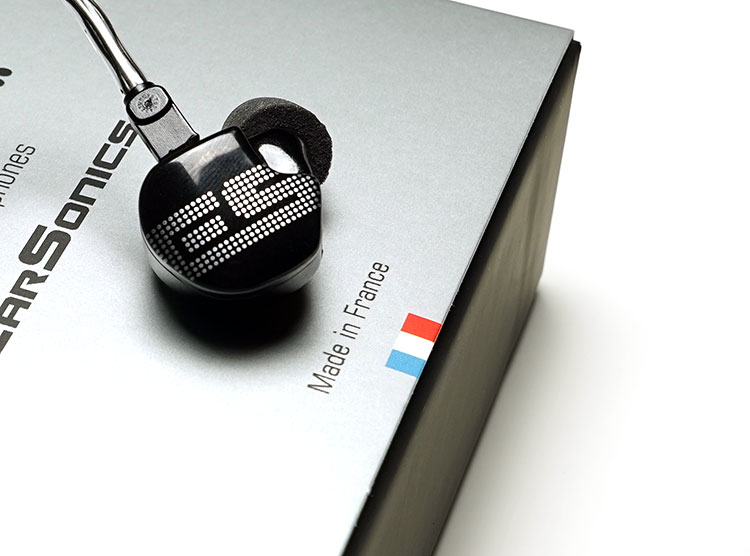 As with the ES-3, the ES-2 does exhibit some minor but important tonal variations that can make a difference to how you perceive the ES-2’s capability. From the DAPs tested it would seem the ideal partnership is with a more neutral DAP or at least one with excellent dynamics and a cleaner attack and also a very good treble performance.

Switching tips to the silicone single bores may help also reduce some of that warmth and balance it out a bit. Pairing it with a source or amp a bit less resolving or overly warmth and it suddenly sounds more veiled and lacking in contrast, making everything sound a bit “samey” and shy in detail.

Volume on low gain sat comfortably at around 44-50 steps or just 4 above the default volume setting with zero noise and a good black background. The M5 produced a smooth tonal quality with decent space for vocal performance and a slightly more neutral note than the more bombastic Cayin i5 and warmer X5iii when paired with the ES-2. The treble performance stays relatively fixed being laid back, smooth and slightly lacking in air.

Volume on low gain sits comfortable around 55-60 steps and unlike the highly sensitive Andromeda, Jupiter and SE846 IEMs the ES-2 is noise free with a decent black background. The tonal presentation is thicker and weightier-sounding than the Shanling M5 with more low-end emphasis though not quite as dynamic sounding and impactful as the Cayin i5 pairing. Treble is a bit muted and lacking in extension though to be fair the X5iii is not a treble demon preferring instead to opt for a more laid back warm style and the ES-2 fully reflects that.

Volume is easily managed by the Cayin i5 at around 30 steps to max 35 steps in low gain and much like the other two DAPs tested (X5iii and Shanling M5), the ES-2 exhibited a low noise floor and no background hiss.

Tonally this was the best pairing of the 3 mid-fi DAPs with the cleanest presentation, a slight reduction in warmth as well as better treble extension and clarity. Out of the 3 DAPs, the i5/ES-2 pairing also exhibited the most spacious midrange performance with superior instrumental separation and a more accurate timbre. With the I5 I felt I was listening to the ES-2 in optimal conditions.

Volume on the iBasso set at around 85-90 steps or just over half way and once again, like the other DAPs noise control was very good and no detectable hiss in low gain mode. Tonally the reference amp that comes with the DX200 as stock is rather faithful to the core tonal qualities of the ES-2.

It is slightly more balanced than the i5, not quite as hard hitting in its low end but with better detail retrieval and refinement in its midrange performance and a bit more space for vocals to perform. Naturally, you are paying double the price for this pairing and I think you are on diminishing returns because the ES-2 doesn’t really scale with better amps such as you find in the DX200. 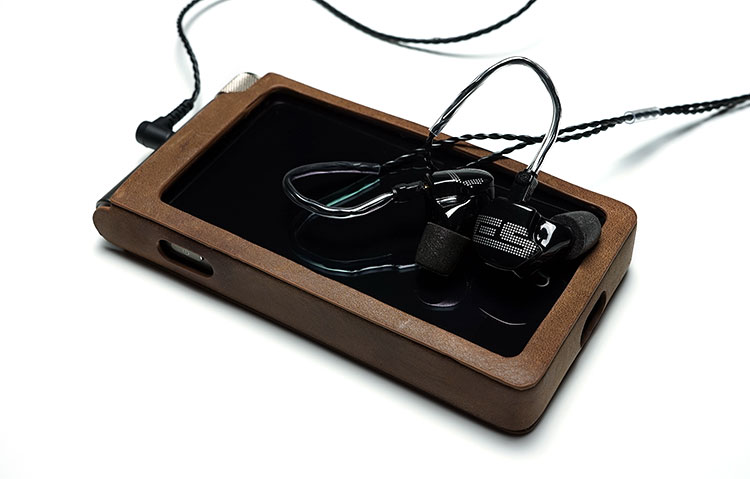 The B200 is a dual BA IEM and it due out I believe by March this year at the very latest. It is rated at 30 ohms and 110dB so it is not quite as sensitive as the ES-2 and true enough you will have to crank up the volume by 4-5 steps (Cayin i5) to get a ballpark volume match between both IEMs. It is also a little cheaper looking build quality wise and lacks a detachable cable. That being said tonally the B200 is very competitive indeed and I would say almost on par resolution wise with the ES-2.

The major difference is the tonal quality of both. The ES-2 has gone for a bottom and mid emphasis with a laid back attenuated top end and a forward vocal position. It’s warm, very forgiving but ‘chunky sounding’ with a lack of air. The B200 is more balanced and more neutral sounding. It has more air, better height but a leaner sound, more neutral mids with vocals falling back a little and not as prominent. It also has a more linear bass and low midrange. Instrumental separation is a bit cleaner on the B200 but perhaps lacks the impact and slam of the ES-2 more musical approach.

Noble X is another dual BA design IEM and sits closer to the B200 in terms of ratings at 30 ohms. Just missing the sensitivity rating from Noble, who as always like to leave an element of mystery to their final build technical specifications. Previous testing left it a comfortable 20-30 on the Cayin i5 and compared to the ES-2 there was little if any volume adjustment required so you have to suspect the Noble X is pushing 115dB to 119dB also.

The X has some serious chops tonally and very competitive indeed when up against the ES-2. Both have excellent low-end responses, thick noted mids and full on vocals but the X has the bit more air, particularly in the upper mids and lower treble and a touch more sparkle. I know Noble has been playing around with the X config building on from the detailed Savant and how to inject some heft into the bass response and the X is the first product to show that work. The ES-2 can compete on the low end, it just lacks the sparkle and air making more attenuated and slightly lacking in sparkle.

This is one of the most competitively priced hybrid IEM’s in the market today with a single DD and dual BA design. Whilst technically it does not need huge power it is nowhere near as efficient as the ES-2 coming in at 8 ohms and just 105dB.  You can get volume on smartphones but the dynamics, low-end impact and top end control will be a lot looser and duller sounding. Noise wise though it is excellent on most sources and DAPs.

The IT03 has a reasonably neutral sounding tonality with a bit of low-end warmth and smoothness generated from its 9mm dynamic driver and a snappier detailed driven and more neutral sounding BA mids and brighter single BA treble response. Comparatively speaking the IT03 is opposite to the ES-2 with its energetic and sparkling top end that can at times require a warm source to get the balance just right. When you do it’s a very rewarding musical IEM. Given the additional driver in the IT03, you will get a higher level of resolution and detail with its cleaner presentation.

It’s not as forgiving as the ES-2 but it has bags more headroom, air and top end articulation. The low end has plenty of rumble also and pitched just a bit lower than the ES-2’s mid-bass focus so it’s not as warm sounding. Mids are a bit thinner on the IT03 than the ES-2 so it doesn’t convey the same level of presence and power though both have forward vocal positioning. If you prefer your treble a bit more laid back and smoother then the ES-2 will be the better match. If you need more air and top end sparkle and more sub -bass presence then the IT03 is the more natural choice. 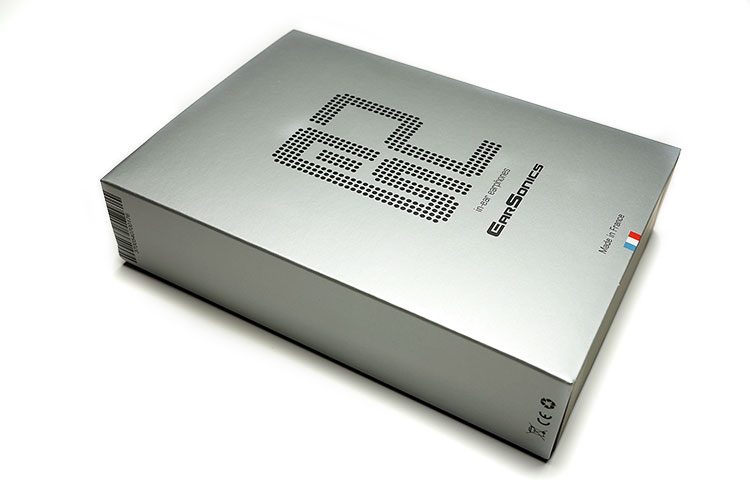 The ES-2 is a competent and musical dual BA with a trickle down of the excellent technology of what makes the ES-3 so great. It is quite a dilemma coming from reviewing the ES-3 as I found it one of the surprise packages of the year and whilst I didn’t get the same vibe from the ES-2 it is still a competitive IEM.

Ultimately, it will come down to your tonal preference as everything in terms of physical appearance and accessories is the same as the ES-3. The ES-2 is quite thick, textured and warm sounding with an attenuated top end but a forward and pleasing vocal pitch. It is built for easy listening and for weaker amps so it won’t scale a huge amount but amp flavors will have some minor changes in dynamics and clarity. Pleasingly the ES-2 is noise free with zero background hiss over a wide range of sources tested.

My personal choice is the ES-3 and I use it quite a lot for that additional clarity and air but if the 100EUR is a touch too far and smartphones are your preferred source then the ES-2 may be the more logical choice with this musical and forgiving signature.