To the best of my knowledge, the AM2A represents the final amp module for the current iteration of the X7 by FiiO and it is more of a response to a market development or DIY modification of the original AM1 than an outright pre-determined road-map release.

FiiO has used the “a” product code before to denote the use of a specific set of chips or a stylistic tonal signature with the launch of the E12a back in 2014 and to some extent, the AM2A follows the same principle. At $99.99 the module is also price consistent with the other previous modules and you can opt to buy the module along with the stock X7 without a module to get up and running.

When the AM1 module first came out with the X7 the reaction was perhaps a little lukewarm. It was a decent amp module but going against the other modules it was the least impressive in terms of dynamics and musicality. Yet there was a window between the time the X7 was shipped as stock with the AM1 and when it could be bought without any modules that saw DIY modders open up the AM1 module and essentially mod it with replacement opamps and buffers to produce a signature and power level more to their liking.

The AM2a is a direct response to the unofficial modded AM1 module and it takes its name from the AM2 rather than calling it the AM1a because of the similar if not slightly greater voltage supplies to the AM2 stock module.

The current drive opamp remains the same as the AM1, that being the Analog Devices AD8397 (though in this case the ARDZ version) but the increased voltage now comes from an AD8620 opamp which replaces the AM1’s OPA1612 chipset.

The AD8620 increases the supply of voltage on offer to a heftier >420 mW (32Ω/1 kHz) which is on par with the old E12a and 25% higher than the AM2. It should also perform well on paper with keeping noise to a minimum but it will adjust the tonality significantly from the more sterile neutral tone of the AM1 to something a lot warmer though with better dynamics.

Attaching the AM2A is the exact same process as the other modules by detaching two screws on each side of the X7 using the supplied T5 screwdriver that came with your X7 (do not lose this as the modules do not come with a spare one).

Once unscrewed you simply slide out the existing module, take the cap off the inside of the AM2A card, slide back in and put the screw back in. Once again, note in the top corner of the display for the AM2A notification to ensure your module is correctly inserted and working. You can do the changeover without turning the X7 off (hot swap), but FiiO does not advise doing that give that it is a live connection.

FYI for those that have had their FiiO X7 for a while you will need to upgrade to the latest firmware when trying to output audio with the AM2A attached. 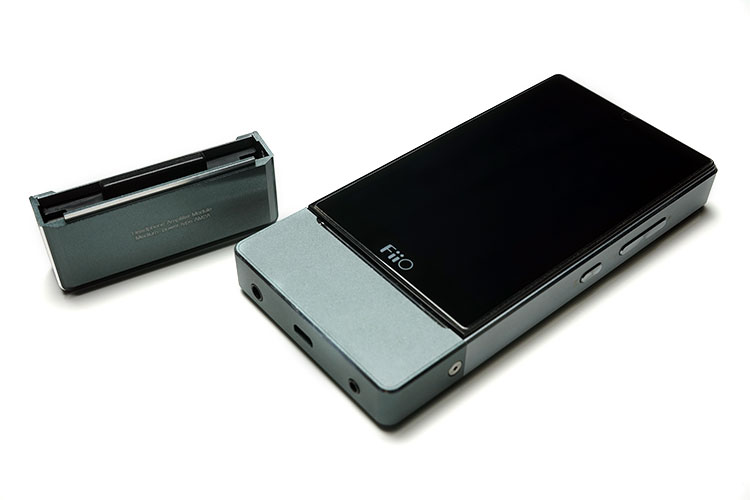 Unsurprisingly the higher power output of the AM2A over the AM1 and AM2 means you will get less out of the X7 battery than the two mentioned modules but not by a huge amount. This time, FiiO are quoting on paper around 7.5 hours compared to 8 from the AM2 and 9 for the AM1. That’s just over a 15% drop overall though final playback times will vary tremendously depending on your usage scenarios such as streaming and WiFi as well as BT and other apps in use.

I did get close to the prescribed playback times if I toned down the superfluous menu operations, killed a few processes and kept the screen off as well as WiFi. tested times actually came in around 7 hours 34 mins best and just under 7 hours with higher bitrates, higher powered headphones and a few more apps open with some streaming. If you intend to use this X7 extensively during playback you will find it does dip in battery life.

The AM2A is a warm but detailed sounding tonal presentation with excellent dynamics, good resolution and not too far off the original AM2 tonal signature though with the additional or higher level of voltage volume levels are 1-2 steps lower.

The AM2A note is rich and full in quality but without sliding into anything too liquid and soft sounding. AM2A’s low-end has some excellent snap and weight and side by side I actually prefer it to the AM2 which sounds ever so slightly restrained in comparison.

Treble is articulate, well extended and natural sounding with decent body so it never sounds brittle or peaky. There is an allowance for a slightly elevated lower treble and its attack is not overly soft so there is just enough to tease out high hat and percussion attacks

The additional level of power though for the AM2A over the AM2 and AM1 will generate a slightly higher noise level so for efficient IEMs such as the Andromeda, which I consider to be one of the most sensitive on the market, you will detect a little bit of background hiss.

It is not unreasonably high and you will notice it once you start playing tracks but it is marginally higher than the AM2 and much more noticeable than the AM1. For less sensitive IEMs of around 30 ohms or so background noise melts away and becomes largely undetectable.

In terms of volume settings, it sits a little bit higher than the AM2 as expected with a volume setting of around 36-38 using the Andromeda in low gain compared to around 45 for the AM1 and 38-40 for the AM2. 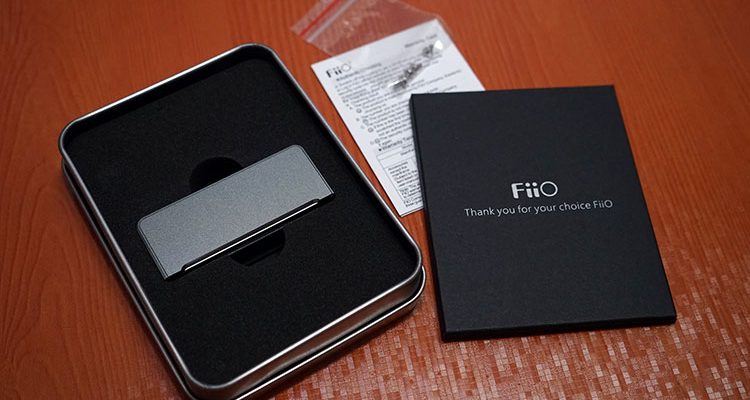 If you are using super sensitive IEMs then AM1 will give you a little more wiggle room for volume control but the AM2A’s smooth yet dynamic and more impactful response is more immediately likable and to be honest, you will find it fairly easy to work with on most efficient setups.

The AM2A is also far more capable in terms of driving higher impedance headphones and flexible enough even for sensitive IEMs so it has the better matchability and is more like the AM2 and AM5 in that respect. The AM1 is only capable of half the rated power of the AM2A so it is more suited to IEM use only.

You will find a much more musical tonal quality to the AM2A over the more neutral and balanced AM1. Its bass is gutsier, more impactful, the tonal quality of the note is thicker, richer and more dynamic sounding, vocals presence is more forward with better texture and the top end is just as articulate but more with a little more body. All round the AM2A trounces the AM1 in everything but the higher noise floor.

The difference between the AM2 and the AM2A is subtler than the AM1 comparison. Both amps have a more musical signature with better low dynamics and a more forward and vivid midrange and vocal presence than the AM1.

Where the AM2A differs is that slightly fuller and warmer low end. For me, the bass response is a touch more forward, richer in texture but the snap and impact just as competitive. It is no slouch that is for sure. Mids and treble also have a slightly warmer tone than the AM2 though detail and resolution feel about the same.

The AM2 just comes across as slightly more restrained. The additional voltage and output power of the AM2A does mean a slightly lower volume setting but even with a rough match, I felt the dynamics of the AM2A to be just that bit more convincing.

The AM3 in single output mode is not as powerful as the AM2a with a >190 mW(32Ω/1 kHz) compared to the AM2A which outputs at >420 mW (32Ω/1kHz). Voltage wise that means you will need up to up the volume a little more in low gain with a relatively comfortable setting of around 40-42 compared to the AM2A at around 36-38 in low gain. Both have detectable levels of background hiss on sensitive IEMs though fairly low and nothing terribly distracting. Hiss is not detectable on higher ohm IEMs and moderate impedance portable headphones.

Tonally both have a warm and smooth sound but where the AM3 mainly differs is the even balance and less low-end emphasis than the AM2A. The AM3 single ended output is a bit more linear and less colored than the AM2A with a sweeter and more refined midrange. Timbre is also a touch more accurate sounding on the AM3. The AM2A is definitely on the more aggressive musical side with the AM2 and AM5 whereas the AM3 lacks the same punch but perhaps a more balanced signature.

Balanced with the AM3 gives me ＞540mW(32Ω/1kHz) and a bit more power than the AM2A. The AM3 suddenly sounds a lot more aggressive and impactful with better body and slam in the lows, better treble extension and sparkle and a much more vivid and engaging midrange. There is no loss of detail compared to its unbalanced counterpart and certainly no loss of coherence either even with an enhanced low end. Vocals sound natural and flowing, sibilance is to a minimum also. It is still natural sounding but far more musical now than the unbalanced output, even more so than the AM2A which sounds just a little soft in the attack in comparison.

The AM5 is rated at >500 mW (32Ω/1 kHz) so technically it is more powerful than the AM2A by around 10% but in real life terms, I didn’t hear too much of a difference. If anything the AM2A felt the more dynamic of the two at similar volumes. Background noise on the AM5 is also marginally lower on sensitive IEMs than the AM2A which I also did not expect.

Tonally the AM2/AM5 and AM2A are close siblings. They have a musical signature with an impactful low end, elevated vocal presence and natural sounding treble response with decent articulation and extension.

The key differences between the two is really just a little less warmth in the AM5 and a slightly snappier cleaner low end due to that slight ‘discoloration’. It is very slight mind you and not a night and day difference. That slightly cleaner and cooler sound does run throughout the rest of the range so the AM5 might sound a bit cleaner and less euphoric than the AM3 and AM2A in its timbre. 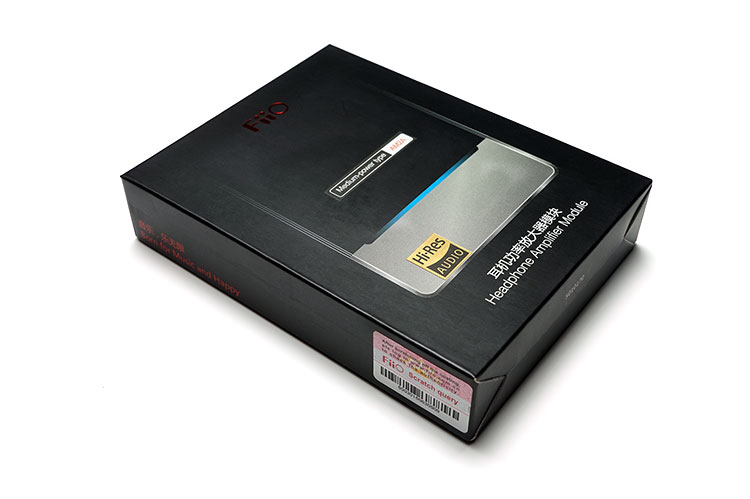 The AM2A is the warmer smoother cousin of the AM2 but I still rank the AM3 as the best value module and with the balanced output you do get a snappier more vivid presentation with better dynamics. Noise levels are a little higher than expected, even higher than the AM5 for me using sensitive IEMs but it is not something I would necessarily get distracted from when listening to any tracks.

It does, however, play out better with full-size headphones over the AM2 and AM1 with only the AM5 able to match it single ended and the AM3 in balanced output. I can understand its appeal though and I do think it is a more pleasing amp musically than the AM2 and particularly for those that need just a touch more power and prefer a richer warmer timbre to their sound. Given the price is the same it goes down as one further interesting amp choice for the excellent amp ecosystem for the X7.