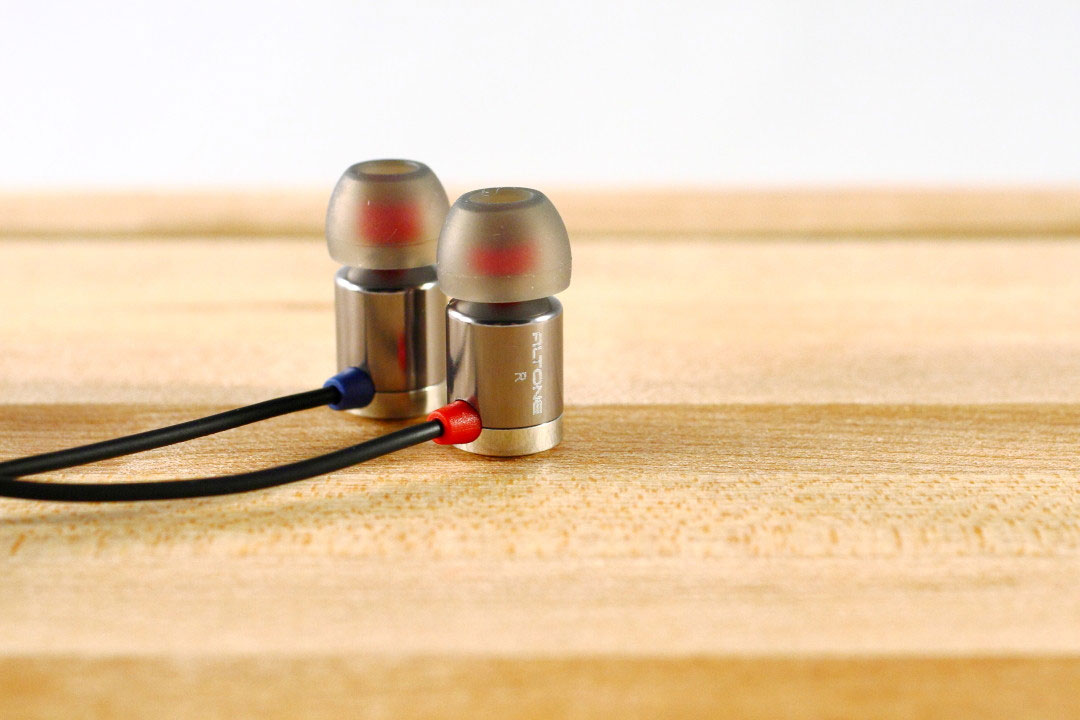 This isn’t the first encounter I’ve had with T-PEOS. A couple years back, I was part of the loaner tour for the H-100, T-PEOS’ first entry into the IEM world since its company, SWP Shinwoo, changed its name to T-PEOS (The Premium Earphones of Shinwoo). Unfortunately, I disliked the H-100. Frankly, disliked is a bit too cushy of a term—the H-100 was one of the worst >$100 IEMs I’d ever used. Their bass was muddy, midrange was thin to the point of being displeasing, and the treble was more aggressive than any Beyerdynamic headphone could hope to achieve. No tip combination or adjustment for fit helped. I wasn’t the only one in the tour that had ill feelings towards them. In fact, there were far more negative opinions than positive opinions, despite the veritable hype train coasting for the H-100. Since then, T-PEOS has released not only the H-200 and H-300, but also an update to the H-100: the H-100 II (I know, so creative). But along with the natural evolutions of the H-100 name, T-PEOS released another IEM in the same price range as the H-100: the Altone 200.

The Altone 200 comes in a rather ordinary paper box with minimal accessories. A pouch case, S/M/L silicone tips, a shirt clip, and a pair of Comply tips are all that comes with the $190 IEM. The Altone 200’s very light housings are made of thin aluminum stainless steel. Tapping them leads to a slightly disconcerting hollow sound. It’s nothing concerning, but the cheaper H-100 “feels” the a little more expensive due to its heavier housing. 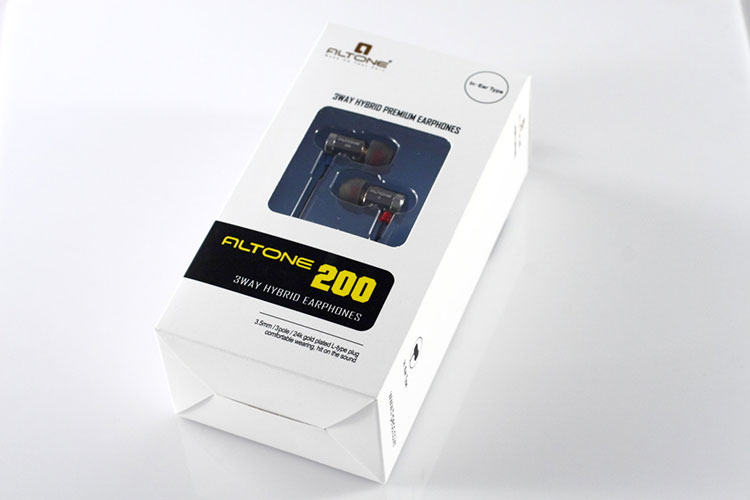 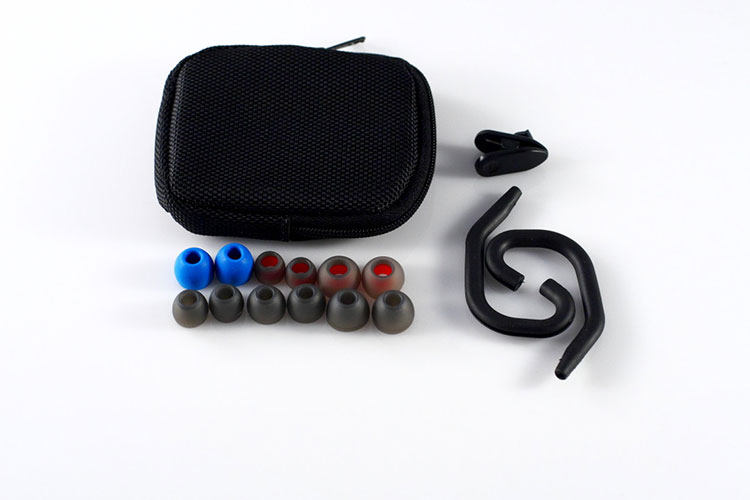 The Altone 200’s cable is fair for its price range. It’s on the thin side, but does not retain memory and I’ve admittedly snagged it enough times to know the cable is made to last. I do have one concern with the Altone 200 though. The strain reliefs going into the housing are a bit short. I usually try to hold onto the strain relief when I take off IEMs, but doing that method with the Altone 200 leads to bending the wire right by the relief. I fear that continued repetitions of this will lead to the failure of the wire by the strain relief. It also often slipped out of my ears with single flange tips because it sounded best with shallow insertion.

The Altone 200 is by far one of the strangest sound signatures I’ve had to describe. It reminds me of the Etymotic ER-4 because of its dryness from the midrange upward, but is not nearly as analytic. It’s also not nearly as bass light so I struggle to call the Altone 200 an ER-4 alternative. It’s not by a long shot unless dryness is a prerequisite for a preferred sound signature.

While I love the great advances in balanced armature technology (I mean, look at the 10 balanced armatures Noble Audio has stuffed into their K10!), one of the things that’s bugged me most about balanced armatures is that the ones I’ve tried, which are admittedly limited—the highest-end one I’ve tried is a demo Ultimate Ears Reference Monitor (UERM for short), is that while they can reproduce bass sounds perfectly fine, they have all fallen short on the deepest intricacies of bass such as texture and timbre. It’s the emotional part that they rarely get correct, which is what I look for in anything I listen to. I can usually hear the difference pretty easily; for example I think the Shure SE846 has fantastic bass slam but it sounds slightly detached. I was expecting to hear near-perfect decay for the price it commands, but instead the “fwoom” of a bass drum sounds a little off. The layers of decay of a real bass drum are there, but it pitters off sooner than I expect it to, almost like the SE846 is mechanically unable to reproduce it.

Anyway, my original point is that the Altone 200 has a dynamic driver to handle bass. It is a bit muddy, but I can’t help but notice it sounds more “correct” than something like the Ultimate Ears UE900, which is a pure armature-based design. While the UE900 runs circles around the Altone 200’s control, the less refined sound of the Altone 200 still drags me in when I want to listen to metal. I do wish it were a little faster though. It’s clear that while T-PEOS did their best to integrate the dynamic driver with the balanced armatures and separate the bass from the midrange, they could have benefitted from using a slightly more controlled driver. The Altone 200 struggles with fast electronic music, muddying up multiple successive bass slams.

The Altone 200’s weakest aspect is its midrange. I’d struggle to call its sound signature V-shaped, rather more of a valley. I actually struggled to acclimate to the Altone 200’s sound for a while. It’s not really the fact that it’s pushed downward in comparison to the bass and treble that made it hard to adjust, it’s that it sounds so dry in comparison to the warm-sounding trend most manufacturers have been going. I’d hardly characterize the Altone 200’s midrange as “romantic” because there’s a definite degree of separation compared to something like the Zero Audio Carbo Tenore which thrusts vocals in the listener’s face. It’s not necessarily a drawback, but anyone accustomed to warm sound will need a couple days to fully adjust to the Altone 200’s presentation. The dryness does little to hinder actual quality; timbre is still very respectable and female vocals are a treat because of the raised upper midrange. It’s not nearly as lovely as the typical high end Audio Technica midrange, but I wouldn’t hesitate to compare it to the similarly dry ER-4.

Treble seems to be a hallmark of the T-PEOS sound. Specifically, the lower treble stands out in every T-PEOS IEM (I also have the H150, Tank, and Amadeus to review) absolutely shines with driven music like metal and rock. The Altone 200 is easily the best out of the lot. For every time I questioned the Altone 200’s midrange, it swayed me with its amazing PRaT. These are not a reference IEM by any means; they’re meant to be enjoyed. Unfortunately, it does not extend as far as other IEMs can which eats away some of its airiness and microdetails and keeps it from being a top-tier IEM. Cymbal decay is the easiest way to discern how well an IEM handles treble detail and the Altone 200 comes just short of resolving the harmonics something like the UERM or even the Hifiman RE600 or DUNU DN2000 can.

The Altone 200 didn’t seem to require much power. It sounded fantastic out of my Galaxy Note 3 and plugging it into a Hifiman HM-650 yielded only slightly more bass control. I heard no hiss out of any setup other than when I plugged it into an OTL amp. 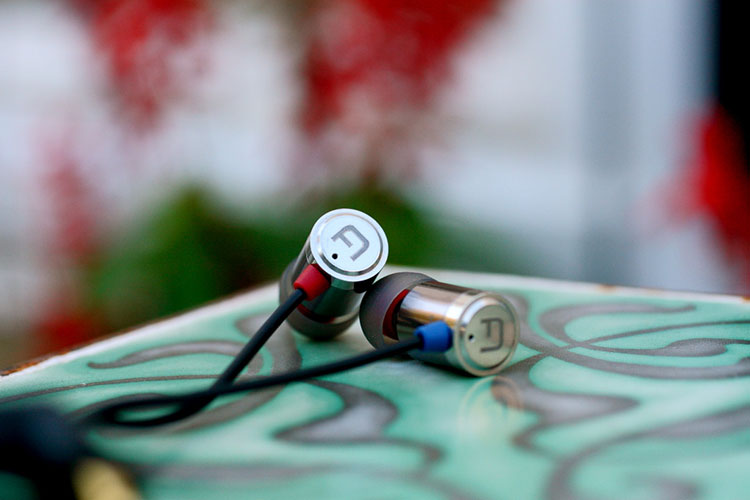 What T-PEOS has created in the Altone 200 is the closest headphone equivalent I’ve come across to the infamous JBL L100, albeit a little drier-sounding with more controlled bass. It’s a treat for rock with its hyped low treble which elicits subconscious toe-tapping. Make no mistake, it’s no Grado due to its U-shaped midrange pushing back vocals a bit and taming electric guitars, but its recession does have its up sides. I can actually use these for more than an hour before fatigue stops me. While there are many other IEMs in the Altone 200’s price range, I wouldn’t pick any of them over the Altone 200 if I’m looking to just have fun with my music.

I’d like to take a moment to introduce CTC Audio, a brand new audio company based in Canada, as one of Headfonics’ newest sponsors! Jeremy at CTC Audio has been gracious enough to loan us a deluge of products and these yummy pics.