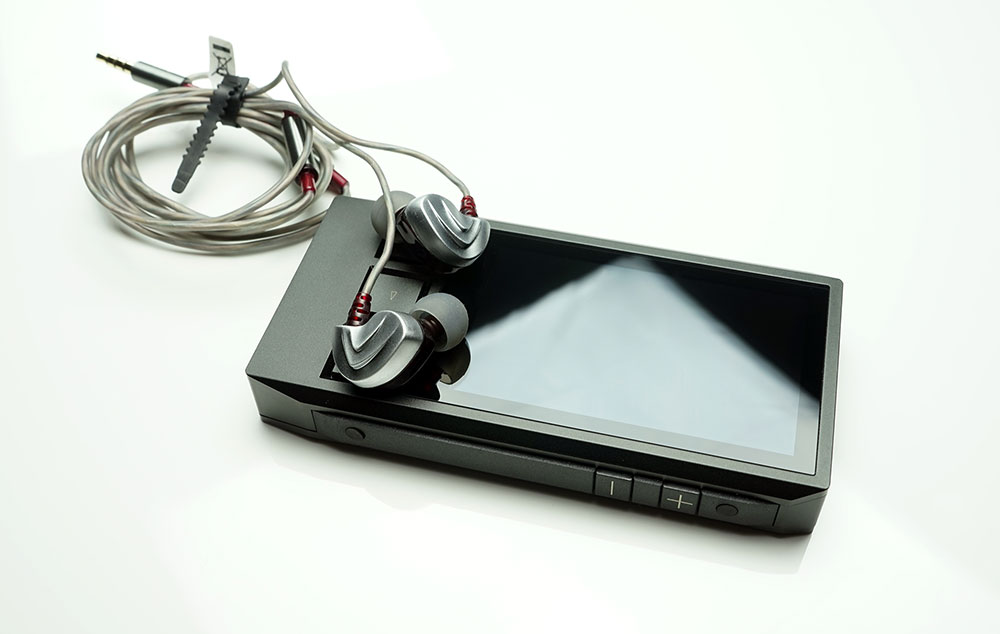 The A73 IEM By Fidue

Fidue have started to get rather prolific in the IEM market over the last year or two and from the A83 downwards I have seen at least 4 to 5 new models come out all with specific target markets in mind from treble heads to bass heads to something in between. There unique designs inspired by Benny Tan their head designer are certainly eye catching and you can never describe Fidue as lacking in flair. Good or bad they are certainly always memorable.

The A73 can be best described as a listening process between Fidue and the audiophile market on the pros and cons of the flagship A83 which we reviewed about a year ago here. The A83 for me was an excellent treble head hybrid universal IEM with a tight bass response and decent mids but had some fitting issues and at times I found it a little difficult to get the right synergy between source gear and earphone. It had a lot of potential for sure but perhaps, given the SRP at $300, might have felt the heat from other IEMs who might be considered more matured at that price range such as the Westone 4, UE900 and Sennheiser’s own IE range.

The A73 for Fidue then is a response to those criticisms of the A83 without breaking the bank. First of all, it starts at $149 in most outlets, that less than half of the A83 price. Second they have captured the spirit of the A832 nicely in design and form factor but shrunk it considerably to a size most will find to fit better in their ear than before. There have been some sacrifices though to get that price. The hybrid design loses one BA at the top end as a result making this a dual hybrid rather than a triple with one dynamic 10mm driver and a single BA handling the mids and top end. Gone is the detachable cable also and the accessories packaging has been reduced a little compared to the A83.

The Fidue A73 comes in the standard Fidue green and black packaging endorsed by Benny Tan, the founder of Fidue and a well know Chinese headphone designer who also worked on the A83. Inside the A72 is carefully wound around a single layer of foam cut out to present a stylish but tastefully spartan layout alongside a branded black pill case. 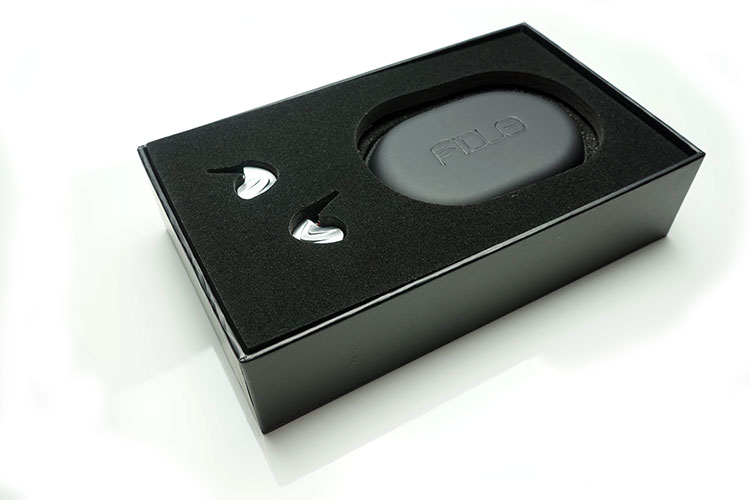 Everything else is tucked away inside the stiffened carry case and these also include three sets of single bore grey silicone tips in small, medium and large as well as a pair of double flange tips (my personal favorites) and a lapel clip. The earphones themselves are wrapped with an adjustable rubber strap which I actually appreciate given the majority just come with the usual plastic coated wire holders. 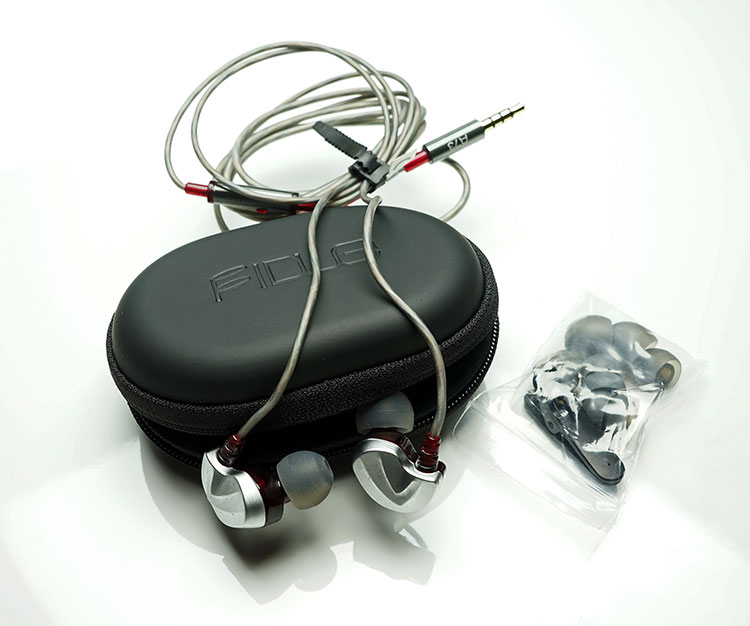 Overall it’s a simple package in many respects, slimmed down from the A83 though do note it is much cheaper than the A83. If anything a set of foam tips might have been useful just to add a bit more flavor but I usually end up with flange tips as my preferred referencing tips or the medium single bore if the flange silicones do not fit.

The A73 really does look like the junior sibling of the A83 in many respects. The grey toned front plates have that same crested wave pattern as the A83 with an opaque plastic ear shell. This time though both shells on the A73 are similar in color with a rich wine tone rather than the old school red and blue of the A83. It is certainly a lot subtler and I actually prefer it to the more brash red and blue of the A83. The construction is blemish free and reasonably solid, certainly not the lightest IEM I have held but a little heft for me is preferable to something too plasticky and light.

The strain reliefs on both ends of the cable are sold enough and are colored in the same wine tones of the ear shell itself making the whole piece that bit more style conscious. The A73 is fitted with a 1.3m grey colored tubular silver-plated oxygen-free copper cable terminated with a gold plated Fidue branded straight 3.5mm jack. It’s not as high end as the silver-plated OFC memory retention-free MMCX cables of the A83. The cable itself has a little bit of memory retention and only a mild amount of microphonics. It does get a bit springy though it rarely knots up during usage.

The cable and build of the A73 is that of an over the ear IEM. The contoured shape of the A72 will not allow straight down usage unlike their A65 but the interesting thing for me is the lack of ear guides to reduce the level of microphonics and keep them securely in place during usage. This would have been a welcome edition. It’s not as if the cable won’t stay behind my ear at all, it actually does that reasonably well but it snot like the Westone EPIC cable which just wraps around your ear so naturally. There is a touch of spring in this cable that does mean you are fitting and bending a little more than is comfortable.

The A73 also comes equipped with a single button remote and microphone on the right side of the y-split and functions perfectly fine with both Android, BB and iOS for calls and playback control.

The nozzles on the A73 are of average depth but certainly longer than the A83. They are also positioned at a slightly more slanted angle than the A83 making insertion and fiddling for the sweet spot a touch easier than what I got with the A83. Overall the A73 fit was good for me with single bore mediums though isolation was just above average with similar priced units from RHA providing a better seal such as the T10i and T20. I just felt the design could have done with a longer nozzle and a deeper insertion for superior background noise blockage. Sadly, the supplied dual flange tips were simply too small for my ear canals and isolation therefore non-existent which is a shame as I do love a well-fitted flange tips but these suit much smaller ear canals than mine.