Radiohead – The King of Limbs

Ever since releasing such universally acclaimed albums as OK Computer, Kid A and even The Bends before that, Radiohead has been able to please both the mainstream and indie-hipster audiences unlike any other. It’s a feat that very few bands can lay claim to, and they do it almost effortlessly with a sound that is both incomparable and constantly changing. This is the reason why at this point of their career, there’s always a feeling that the anticipation for every succeeding album carries the weight of its predecessors. One wants them to constantly reinvent the wheel since that’s what they have been successfully doing for almost every record that they have released. With The King of Limbs however, a few fans might be disappointed that this is not the case.

The discussion and speculation during the weeks preceding the release of every Radiohead album is more rooted in “What are they going to do next?” rather than “I want more of that music that I love!” and when fans are presented with this, one can’t help but feel shortchanged: A very sparse and relaxed album containing the shortest and fewest collection of tracks that the band has done. It doesn’t feel like it pushes any boundaries. It feels more like the band twisting and treading those boundaries that they have previously drawn. The King of Limbs feels like a combination of styles from previous releases: The electronica influence from Amnesiac and Hail to the Thief mixed with the glitch-pop and IDM tendencies of Thom’s solo release The Eraser, but there’s warmth that permeates though the melodies and ambiance in the album much like In Rainbows which makes the new album feel organic amidst all the electronic meanderings. And all of these elements are stripped down such that the songs are able to breathe, loosen up and unfold unlike any other Radiohead album before.

Maybe they’ve painted it in a different color, but no, this is not Radiohead reinventing the wheel like they usually do. This is Radiohead sitting back and relaxing, stretching their legs and as they ride the wheels that they’ve previously reinvented. While most of their previous releases carry a frantic paranoia and a haunting depressive atmosphere that is almost suffocating in its geniusly layered soundscapes, The King of Limbs instead opens up the window that In Rainbows introduced to the audiences: The sound is mellow, warm and calm, but not comfortable. It’s not familiar, but its abstractness is appealing, which might also be a reason why the album is such a slow burn – a “grower” as is commonly called. The band ends up sounding relaxed, but they will not allow you – the listener – to do the same. 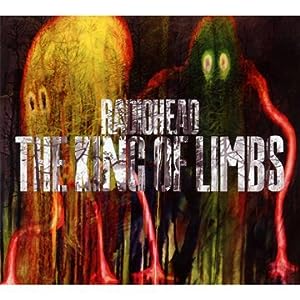