It is a little bit tricky to pinpoint the exact tonal qualities of the X6 Series Bt cable simply because of the multiple variations. You have the switch from wired to Bluetooth which usually factors in a slight change, even with aptX.

You also have the SPC tilt over copper and other stock Plastics One cables which will usually provide a nice increase in dynamic range and a fuller more engaging sound. The final factor is just what IEM you are going to pair it with and that is limitless.

I ran the X6 in combination with about 6-7 IEMs and 2 major sources using BT including the FiiO X7ii with AM3a and my own LG G6 smartphone. The good news is that neither source changed up the tonality and presentation, they both pretty much delivered the same result. Since both use aptX I wasn’t terribly surprised. Weaker BT modules without aptX will sound a lot tinnier and more compressed sounding in comparison.

If I could draw a core tonality from the X6 Series it would really focus on delivering a fairly natural and flowing sound. Across more neutral IEMs such as the A18 and the slightly brighter Noble Sage that cleaner signature fattened up a touch with a slightly fuller mid-bass response. The X6 seems to trade off a bit of clarity and detail (wired vs wireless) for a generally richer timbre and slightly more bass weight.

Vocal presence was excellent, perhaps the best aspect of the X6 series. It won’t give you the clinical and highly articulate performance of a silver wired cable, it is a bit smoother and more laid back than that. Nevertheless, the X6 Series has a nice touch of lower treble energy and generally won’t suck the life out of any IEM that is known for a good treble performance. 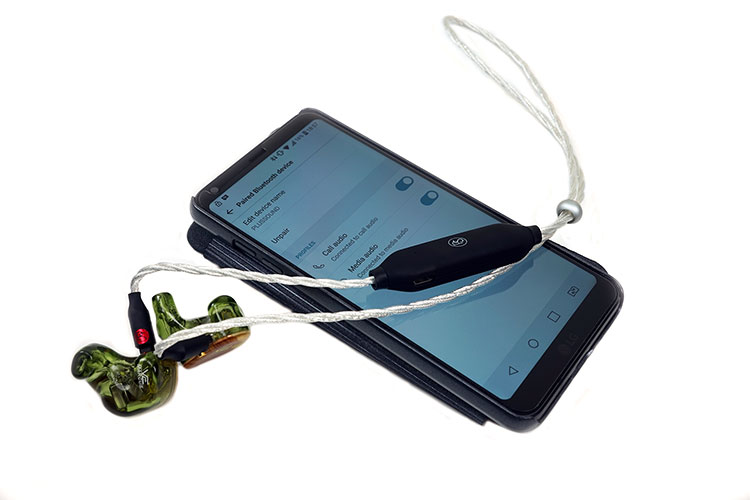 You are always going to lose a little detail with aptX compared to good quality wiring so pairing with dark or overly warm IEMs didn’t provide a balanced listen for me. I tended to work on the basis a bright IEM would sound a little more natural and a warm IEM is going to get a bit thicker and richer sounding. My aim was to get a very natural flowing sound.

I hinted at this in trying to ‘eek’ out a core tonality but my preference for the X6 Series BT was a pairing with a neutral IEM with medium to low efficiency. Given the X6’s slightly richer and fuller sound I preferred IEM’s such as the Savanna, Sage and the 64 Audio A18 which are neutral to bright.

Mind you that’s my own taste. IEMs such as the Lear AE-1D adjustable bass hybrid IEM paired with the X6 and with its bass dial right up delivered a huge low-end that I know some people will love. I guess that is the beauty of the X6 compared to anything else out there. Change the IEM, change the sound.

Just one issue that I felt the Plussound X6 BT cable was not quite as strong on as say the Flare Audio Flares Pro balanced module and that was noise. On efficient IEMs such as the Andromeda, A18 and Harmony 8.2 from Custom Art I could detect a level of noise ranging from ok to distracting (Andromeda).

Most of these IEMs were sub-20Ω or close enough and had dB ratings well over 110dB. I suspect the amp module of the X6 has a slightly high gain setting so just be aware of that. The noise was the same from the two sources I was using so it is not a source issue.

Noise dropped considerably when using less efficient IEMs. Noble’s 30Ω variants did a little better as well as hybrid or single dynamic drivers such as the iBasso IT03. Whilst not dead silent the noise levels were much lower.

The key difference between the Flares Pro BT module and the X6 is the fixed nature of the Flares Pro. It is only compatible with the supplied IEM and costs of entry is thus a little higher with no flexibility to change to other IEMs.

Both have some similar and beneficial functions such as the ability to show the battery consumption on modern smartphones and like the X6 you can hook up the Flares Pro Bt module to 2 devices at the same time. This is a feature I just love in both units. Both also have mics and support functionality for call and playback on Android and iOS.

The Flare BT module seems to have a little more power or efficiency than the Plussound but this can vary heavily depending on the IEMs in use. The Flares Pro can suck up a lot of power though it is not the most efficient even when wired leading me to think its module might have a bit more juice than the Plussound module.

Note one major advantage the Flares Pro has over the X6 is noise during playback. Both use a balanced output BT module though the Flares PRO IEM is not an efficient driver. It is a much quieter experience than the X6 paired with a lot of low ohm high db efficiency IEMs.

Connection distance is the same, around 10-15 feet with one-2 walls between the source and modules. This seems fairly standard with almost all 4.2 modules I have tested recently. 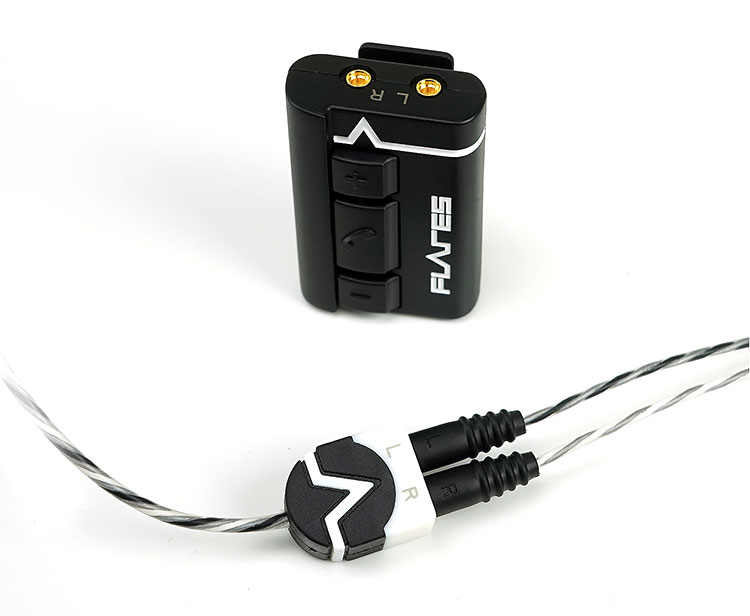 Tonally the X6 BT cable is a little richer and fuller sounding, even with the A18 which is generally quick neutral in sound. The Flare Pro was more neutral with a brighter top end and a slightly more intimate staging presence.

Like X6 Series BT Module, the budget BT1R is a BT4.2 compatible module with aptX, SBC and AAC capability. It can also pair with just about any IEM or headphone but it works slightly differently to the X6 series in that it has no specialist cable. Instead, you simply plug in your own IEM cable jack into the 3.5mm BT1R jack and power it up.

As with the X6, the BT1R will pair with up to 2 devices so it is easy enough to compare sources. The connectivity distance was almost the same as the X6, perhaps 1-2 feet slightly shorter but it was very marginal.

The BT1R will also show relative battery life on Smartphones such as the LG G6 which is always a handy feature. The BT1R has a slightly lower battery rating of 8 hours compared to the 10 hours of the X6. Both also have mics and support functionality for call and playback on Android and iOS.

The BT1R also has some fun DSP you can activate with the front button with a double click for “3D type effect” which I quite like for non-vocal based tracks.

Noise levels using the Savanna are pretty good with the X6 and very low indeed to almost completely silent on the BT1R. I suspect the rather meek 15mW at 32Ω output rating will give FiiO’s BT module a slight edge with highly efficient IEMs whereas the stronger amp of the X6 will edge ahead with more powerful IEMs and even some portable headphones. 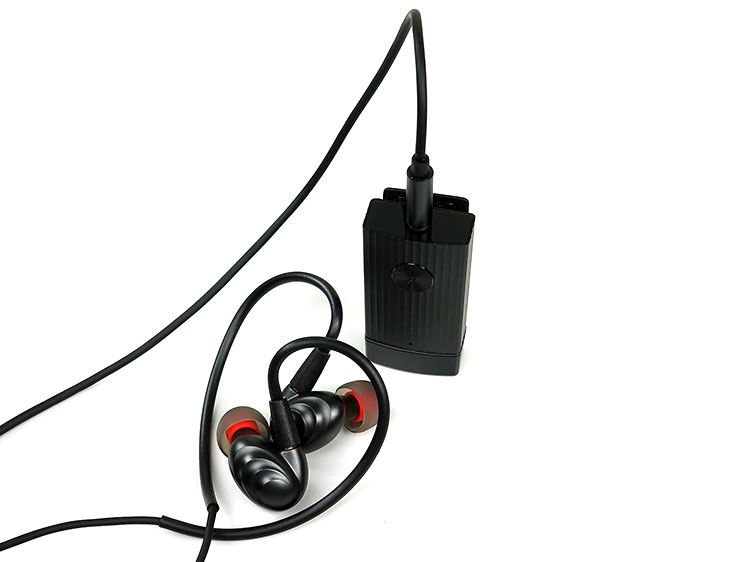 If you can swap around cables with the Savanna I would dump the stock as its too laid back and lacking in dynamics. The BT1R will not introduce any dramatic improvements with that cable. Better matches include the Astral Acoustics Taurus 7n OCC copper or the 26AWG Silver Litz Thor II Mk2 from Effect Audio.

Some of this will come down to cable choice but side by side the amp inside the X6 is just that little bit better for me. Combined with the excellent X6 SPC cable it is much meatier and smoother sounding than the BT1R which tended to stay a little more neutral.

The BT1R, paired with the same IEM (Savanna) and the Thor II MK2 sounded a little leaner and cleaner with superior headroom. That’s fine if you prefer your sound a bit neutral but personally, I felt it lacked a little weight and a bit brittle sounding in its lower treble. The Taurus pulled the sound closer to the X6 with a warmer richer sound but still not quite as dynamic and open sounding as the X6.

The DSP introduced a fun holographic soundstage with more extreme width and dipped some the mids further back. Very “incorrect” but it is a fun slant.

Overall the BT1R is a smart little choice if you happen to already have a good cable and an efficient IEM and don’t fancy spending much more to switch to BT. Otherwise, the X6 setup is a little smoother, richer and more open sounding as well as delivering slightly more power. 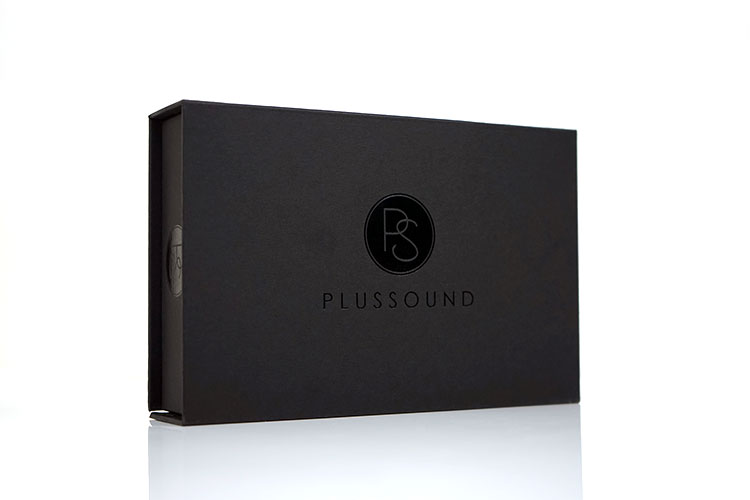 This is a unique solution, there is nothing else or no one else doing this right now. Yes, FiiO and Flare Audio have some excellent solutions but they are slightly different products that depend on where you are right now on your audio journey.

The FiiO is the closest I can get to the X6. It is only $50 but pair a decent cable and suddenly you have something a little similar though the power output is not quite on par with the Exo 6. This is an ideal solution for those who do not want to spend much and already have a great cable and plenty of IEMs.

The Flares Pro is the quietest of the three for noise during playback. However, it is a walled-in solution compatible with only their own IEM which means you are stuck with one sound. It is a fantastic sound by the way, and probably the best audiophile level product for those who want everything in one box for Bluetooth goodness.

The X6 is for those who already have a choice of great IEMs and want to take their favorite one and hook it up to a great cable yet still go wireless. For that, they can expect a rich and smooth sounding experience with good power ideal for medium efficiency IEMs built on a solid BT module with competitive features and functionality.