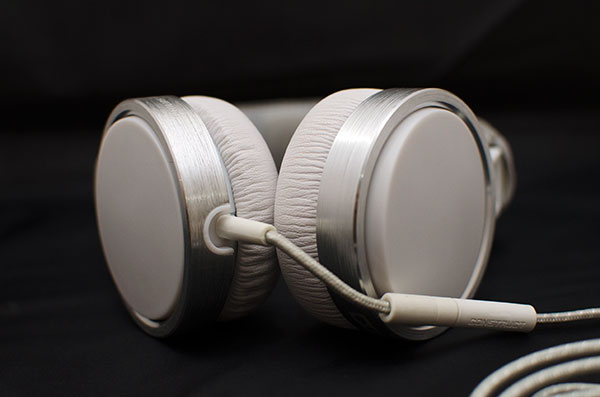 Philips have been on a roll since early 2012 with the CES 2012 launch of the Fidelio Series L1, M1 and X1 but we have been lucky enough to try out their lower their cans also and the consensus has been broadly positive. Now with the recent decision to shed their Home Audio and Video division in a cost cutting exercise there has been some grass roots and media queries on whether or not Philips can sustain this headwind and keep churning out great headphones and to be honest we don’t know what effect it will have so for now things seem stable enough. The lower tier has always been a huge playground for Philips and the O’Neill range has been produced specifically for a more lifestyle approach than any audiophile leanings. We had reviewed the Stretch before which is much cheaper than the Construct and the opinion was quite mixed on it compared to the more universally loved Citiscape Uptown and Downtown so coming in at 8k local price and a little less internationally the Construct has a lot to live up to.

I do always admire the O’Neill packaging though – they have a certain market in mind with the O’Neill range which overlaps closely with the same target market as Skullcandy – That ‘go-getter’ thrill seeking outdoor individual who likes a set of headphones whilst he relaxes or does something sporty. I am not sure that segment existed before Skullcandy cultivated it but nevertheless the marketing dollar seems heavily interested in it and see it as cash rich. The O’Neill Construct packaging is not short of this investment sporting a nice construction flavored plastic exterior with a simple plastic insert for the cans. It reeks of a building site converted into a headphone and you can understand why when Philips claim the headphones are the most durable in the market being able to withstand up to 1.5 tonnes of static force. Now I don’t have 1.5 tons of static force except when I am in bed on a Sunday with a hangover but it does stretch and bend much like the Stretch cans and it does look pretty darn sturdy so I will take their word for it until I can find an elephant in need of a rest and some quality alone time. 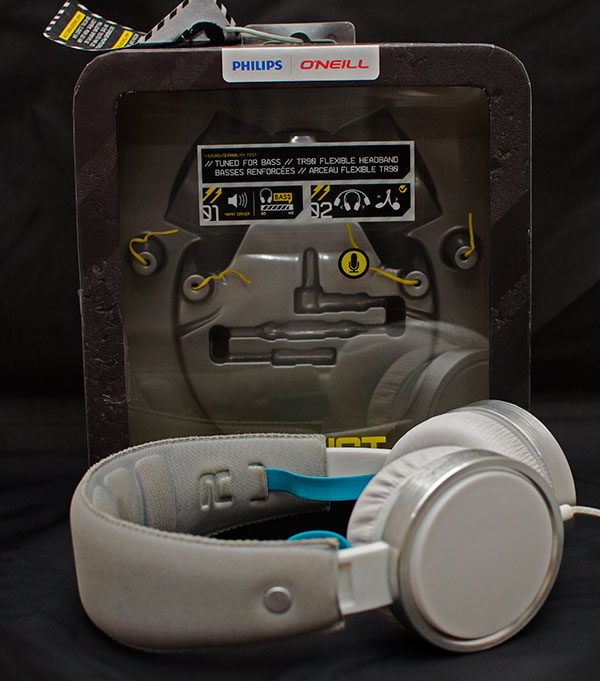 Once again though the headphones ships without any sort of carry case which to be honest looking at the white and blue edition I got I have to say it would be nice to get one to prevent the usual staining. The cable is single entry and terminated with a rather hefty 3.5mm right angle jack as well as mic and remote controls inline for your igadget of choice. The whole cable is detachable up to 3 inches away from the single entry left-side cup which is a common feature now in many Philips headphones and the likes of Superlux on the lower end of the scale. I do like the little feature where the cups can pop out of their metal ring should you have an accident and drop them though – adds to the overall concept that this headphone is a rough and tumble type can. 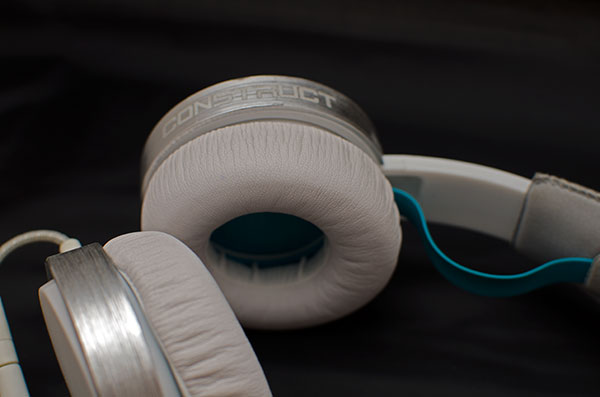 These are on-ear so isolation wise they perform on par with most on-ear cans in my experience. The pads are pretty soft synthetic pleather type material so long extended listening sessions wont grate though potential for sweating in hotter temperatures. Given they are outdoor they perform pretty well for isolation once the audio starts rumbling. Very little effort required to find the sweet spot also unlike other more challenging band and cup constructions.

The Construct sports a set of 40mm drivers and I have a feeling they share the same technology as the Downtown and the Uptown as they are not the easiest to drive even though they are rated 32ohms. Out of a standard ipod 7th gen classic jack volume is almost at full pelt and the detail and snap and impact is a bit lacking. The articulation just isn’t there to excite me for anything complicated or intricate. The Buena Vista Social Club’s “Ruben Gonzalez” track just felt very flat and distant. Same setup and the meaty Benni Benassi ‘Satisfaction’ track had much a heavier bass response but again lacked the snap and clarity I so enjoy on Benni tracks. Not quite the tight snappy delivery I normally look for.

Matched with an Astel and Kern AK100 straight out of the jack produced much better results as expected with a cleaner mid-range and a more forward vocal presentation but the tonality is still inherently warm and rounded with a tapered top end and a heavier bass bias on the lower range. Same result as the ipod but on a higher quality level – David Guetta sounds above average but slower tempo intricate tracks sound pretty flat. This is not a sparky top down engineered headphone unamped. Instead you have a mellow bass tuned warm and laid back headphone that is more suited to modern music than anything expansive, snappy or requiring top end articulation. 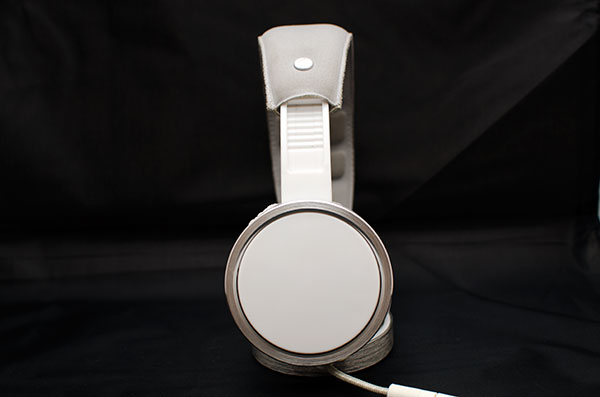 Throwing in ALO Audio’s The International on low gain and already the top end is much more alive and vibrant with a much wider and superior sound stage and imaging. These drivers do need a bit of power to come alive to be honest. The bass snap is tighter and deeper on beats orientated tracks such as Guetta’s “Glasgow”. The Construct’s flat and insipid character unamped melts away with the International.

To be honest if you buy the Construct I can’t see you going all out for the International so matching an amp budget wise would place you in FiiO E12 territory for me. The E12 has plenty of power on tap and it’s energetic character is a good match for the Construct though the slightly warmish tonality dulls the Construct performance more so than the more open International but given the price difference between the International and the E12 that is not something I would worry about too much. The E12 for me is the go to amp at this price for matching with the Construct. I would not buy a Construct and spend a ton of cash trying to change that warm rounded tonal quality. If you prefer your music at the low end of the spectrum then an E12 and Construct will work quite well. If you want something more balanced and neutral look elsewhere. 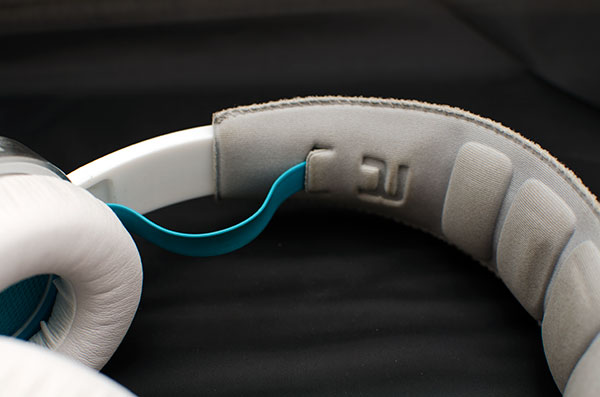 As a final test I plugged them into the CLAS Solo -Db single ended to the RX MK3 on high gain with the 7th gen but I found the results a little less satisfying than the International. The tapered top end and slightly recessed mid-range didn’t match for me. Bass wise the Construct, same as the other amps, was the main benefactor from this unnecessarily expensive amp setup.

It is as if Philips took the Downtown and added some bass tuning bias and threw it in a super durable headphone housing and voila you have the Construct. I would have preferred a little more top end articulation and detail even if this is a basshead orientated headphone. The good news is that its really non-fatiguing and combined with a nice comfy set of pads you can honestly listen to this one for hours without any real discomfort. The drivers are the main culprit here – they need a good strong amp to get the best out of them – even rated at 32ohm do not let that fool you – its a lifeless can straight out of an ipod and marginally better on higher end DAP’s. The good news the FiiO E12 is the great equalizer in many respects and an extra $120 will get the most out of the Construct. Those who want detail and expansion are better served looking elsewhere – the Construct feels like a laddish basshead can, performs like one and has surprising Tim Allen like obsession with “power”.