Philips Fidelio L1 – We are on a roll here…

Ok so back we go to Philips again and fresh from my fun filled budget journey with the Citiscape Downtown I am turning now to the more serious, and more expensive, flagship, the Fidelio L1. These have been a long time coming to our local shores sadly and most of the known universe have got their sweaty mits on them already. Never mind that, at least we got them and I have to say whoever was hired recently in Philips to redirect their headphone strategy is really hitting the mark for my ears because the L1, given the price, is a serious headphone worthy of consideration among enthusiasts.

So what is happening with Philips? Why are we getting cool headphones? Enter CES 2012 and bang you have all sorts of guys come out with new cans from Philips and they have been steadily been hitting the market since then and I have to admit you can’t ignore the appliance giant anymore in this sector. But the L1 is up against stiffer competition and with a $300 price tag that is going to warrant a higher standard of scrutiny than than the sub-$100 Downtown. 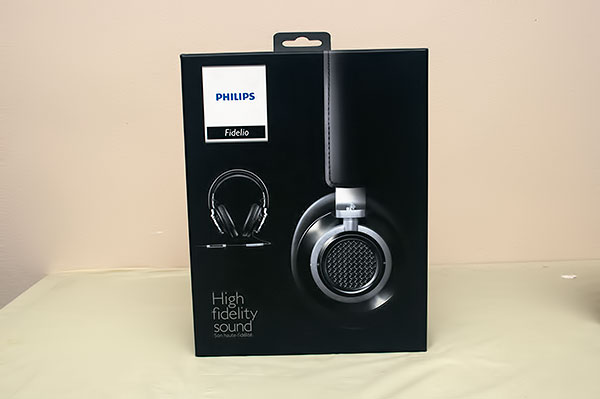 Right from the off you can tell Philips wants this headphone to scream ‘premium’. Certainly not LCD-3 premium but definitely higher end than what we expect so out goes the plastic wire cutter packaging and in comes some classy cardboard box with moulded inlay and a few choice accessories including a pouch, quarter jack and two cables – straight and mic’ed. It does sport the “Made for ipod” symbols on the box which gives me the impression that though it screams high end in marketing its for the portable high end rather than the stay at home can fans. Expect this to be present in most Apple retail outlets given the licensing agreements on the box. In the local market I would hope it can penetrate more than just Apple stores but I can understand the appeal to the Mac enthusiasts once you get the cans out in the open. 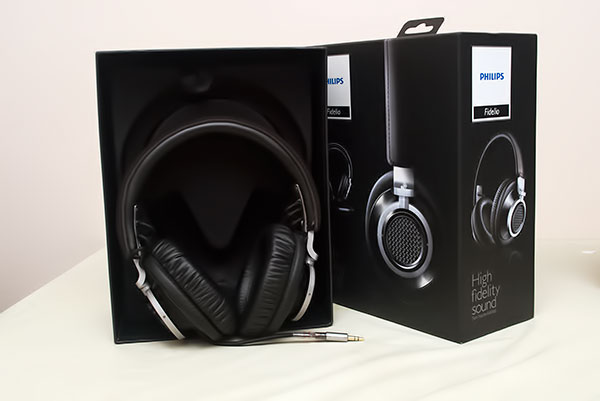 The build is enviable to be honest. The L1 puts boutique cans to shame in the construct and ranks up there with the P5 and some high end Beyer units as a fabulously well made headphone. It is classed as a semi-open headphone more mobile full-size than stay at home full-size. Similar in size to the Shure SRH-940 but more discreet than the ATH M-50 and have a wonderful metallic finish on the headband and gimbles surrounded by good quality pleather cups and a soft non-pressure specific leather headband (well for my head anyhow). This is a cut above the average in this category and looks like it can take a knock or two. The cloth covered upper cable extensions into the headband is similar to the DJ trends you see these days and gives a nice metro-industrial feel to an already sexy headphone. The memory foam concept from the lower entry level Downtown has been applied also to the L1 leather pads and they do settle quite nicely on the ear with no discomfort issues at all.

The cable itself is detachable and comes in nylon covering and is perhaps a tad short and terminated with a 3.5mm jack (the pitch is definitely portability) but handily they have included a quarter jack in the accessories for desktop junkies like myself. There is another cable included that as I mentioned is mic specific but honestly I am not going to bother with that one – if you have an iphone then go for it my friend and let me know how the whole thing swings for you. Finally the package is completed with a nice soft pouch which to be honest I would have preferred to have seen a hard case since this headphone just simply deserves it but anyhow we have what we have. 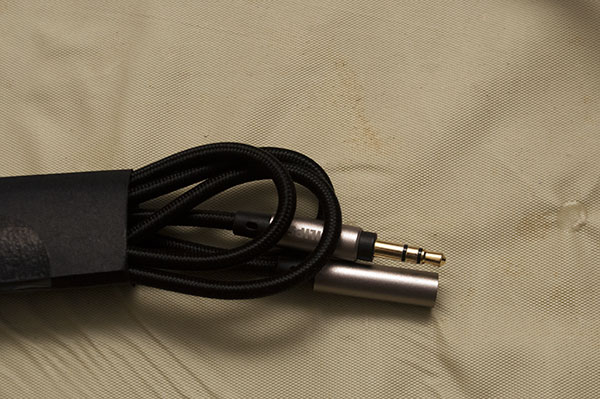 These headphones, being mostly metal in construct are not the lightest in their class but they feel pretty darn sturdy and the fine engineering gives a very balanced and comfortable wearing experience. Isolation wise they are semi-open but isolate above average with the memory foam working it’s magic on my ears. Indoors most things are blocked out nicely for me though I doubt they could cope that well with your daily commuter travel noise. Critically after a few hours listening I felt no physical fatigue on my ears which I think only a few models in this category have achieved for me so far such as the TMA-1 by Aiaiai but with better clamping than the TMA-1 which is a bonus. Not as limpet like as the HD25 but for me struck the right balance between the quest for purity of sonic delivery and the comfort of my over-abused skull. Those moving around are also going to appreciate the cups being able to swing flat which gives your neck a little breathing space when draped around you on the go. 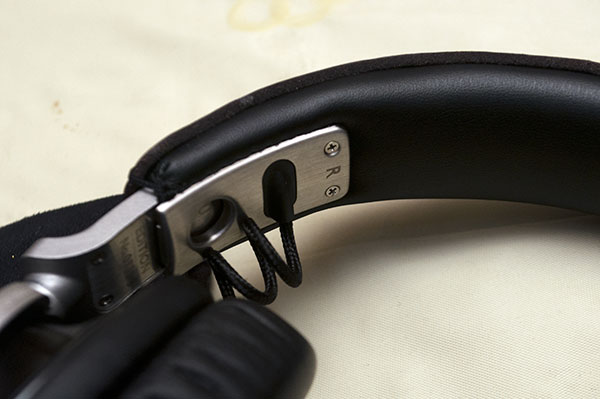 This is an easy to drive headphone by the way. You can run this right out of your beloved DAP without any real concerns. I would not advise overkill on a $600 amp, you will get just as much reward in the bargain basement amping market. The $150 Little Dot One Plus sounded pretty sweet but if you must go amping something more neutral might be an excellent balance for the darker tonality of the headphone if you want to squeeze a little extra out of the uppers such as the Ibasso D Zero. The Triad Audio L3 made the L1 positively brimming with energy but honestly that is overkill for a $300 headphone. In the end I settled for my Ibasso PB2 on low gain as the best match for my ears but you may wish to to look at other options with EQ possibilities such as the E17 or the Go Vibe Vulcan. The C&C X02 was just a bit too dark for the L1 for my tastes also. 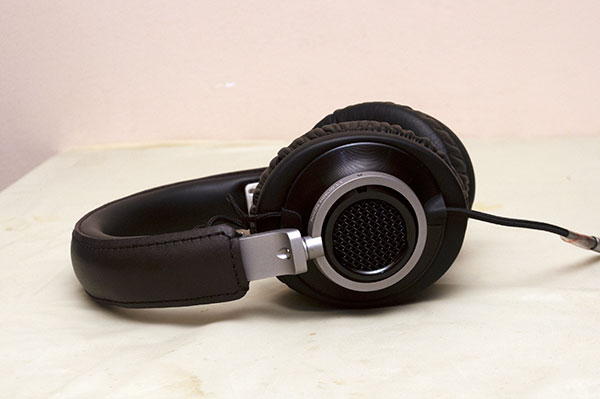 But all is for naught if the cans sound like rubbish – ok I wont mention THAT company which is successful in marketing headphones the are indeed slightly rubbish but sell by the millions but for us enthusiasts we better buy a headphone that actually sounds good to us right? The L1 to me is how a headphone should sound if you can’t make up your mind what you are after and to many this is going to rank as a great sounding headphone. That is not to say it doesn’t have its own unique characteristics, it most certainly does have a defined tonal characteristic but the general feeling was after running it through a Triad Audio L3, a Burson HA-160 and a Little Dot tube amp was that this headphone can cope with a diverse range of musical styles and deliver them in a very smooth manner. It does not leap out at you, it does not have one single strength instead Philips have designed the L1 to be very coherent modern headphone catering to modern tastes and as such they seemed to have done their research very well into both mobile audio enthusiast tastes and how that translates into a great headphone for that sector.

So what did they come up with? Well in short a bottom up engineered headphone with a dark tonality, strong yet not overpowering bass, smooth highs and clear mids. It is not a basshead headphone but the bass is prominent and responded excellently to bass orientated R&B, hip-hop and some heavier rock tracks. It most certainly is not an analytical headphone choosing instead to excel in musicality for the masses. As such the mids and highs are smooth and well rounded giving a non-fatiguing listening experience to just about any track you can throw at it. In keeping with its smooth but dark tonality the bass is not the tightest you can get and not the fastest on the market but it is satisfyingly present when pushed and does give the reassuring bottom weight lusted after by the pro-bass fraternity. The L1 bass response is tighter than the P5 by B&W and more enveloping than the HD25 but not as dominant as say the M50 or the Pro MK2 from the ATH ranges. The fact it can retain excellent clarity in the uppers and very little bleed into the mids, in fact none at all, just adds to the general versatility of the headphone. If you are into EQ you can even suck out some of that bass if you want a flatter experience. It does respond quite well to moderate EQ in the likes of the Cowon X7 and the FiiO E17. 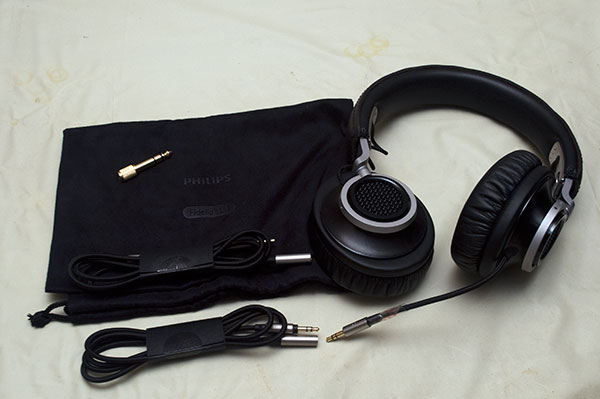 The highs are somewhat muted and less attack minded than say the Grado’s and the mids are slightly laid back in the overall scheme of things so music that requires supreme articulation may fall slightly short of the mark. The sound stage has a slightly more intimate closed quality to it due to the the smoothed out uppers but still retains excellent clarity and imaging. There is virtually zero sibilance out of the box allowing for sustained listening without any fatigue or nasty sharp spikes.

Overall this is a very competent headphone that is very versatile, modern and can comfortably take a seat as either a listen at home or portable headphone depending on your needs. The dark signature and bottom up tonality might not be 100% to the liking of those who prefer intense upper articulation and spirited treble delivery but the smooth coherent overall presentation is going to allow it to appeal to a very wide range of headphone buffs indeed. It does indeed feel like Philips have finally understood what is required at this level and given us a very attractive headphone.