For those of you fortunate to frequent Asian shores and in particular China and Hong Kong will know that buried away in those steep streets is a little, but very well known outlet brand, called Mingo. The store (Nathan Rd for those that are in town) is just crammed full of brands and products that are the stuff of headphone addict dreams and usually at great prices also. However not many would also know Mingo have their own commissioned and designed range called, surprise surprise, “Mingo” and we managed to get our sweaty hands on one of their newer in-house offerings, the Amp2.

The Amp2 is a small portable headphone amplifier in the same size class as say a Go Vibe Petite or Magnum and comes in a plain brown box with minimal advertising except that it comes from Mingo, a picture of the amp and that it is indeed confirmed as a stereo amplifier. Nothing beats minimalism and a great name eh?. Inside the box you get an IC 3.5mm to 3.5mm, a 9v charger and of course the amp itself. The Amp2 currently retails for $1300HK though members can get a $100HK discount. 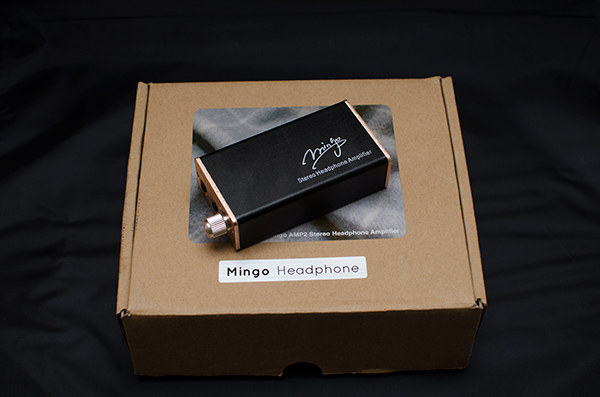 The amp itself is really quite well made in solid brushed champagne aluminum front and black plating and a black shell with the white Mingo brand signature on the top. Refreshingly its has ‘Made in Hong Kong’ (which those from the 80’s will remember was a seal of real quality on manufactured products) on the back plate alongside the 9v AC adapter plug. On the front you have the input and output 3.5mm jacks right beside a standard turn dial volume pot. As with the Go Vibe Petite I had before the one draw back of this size of these little porta-amps is the ability to use aftermarket plugs. Those using plugs such as Pilacs take note it gets close to the volume pot but thankfully, unlike the Petite, there is just enough of a gap to allow easy access to the volume pot without the plug getting in the way. 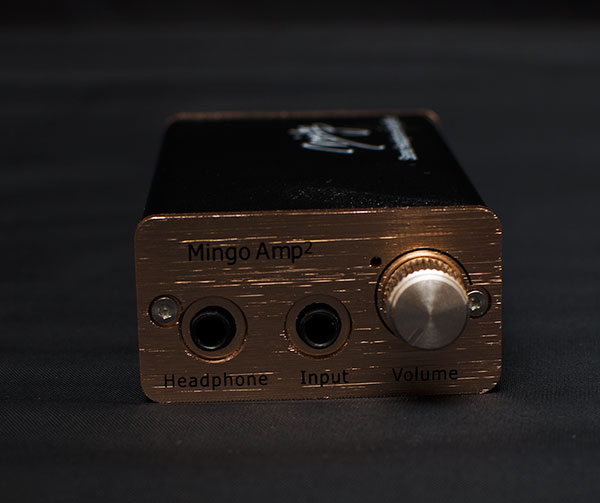 This was a bug bear of mine with the Petite. The jack stages for the front also feels pretty solid when inserting and withdrawing plugs. No flex in the plating and no movement in the stages which is also very assuring. Going back again to those aftermarket plugs I found I couldn’t get a strong contact with the Pilac plugs and generally speaking felt they wouldn’t stand the test of time when moving around a lot with a lot of drop out due to poor contact. The supplied IC though of lesser wiring quality had a much better contact with the Amp2 headphone out socket.

The amp is powered by a standard 9v alkaline disposable battery. By disposable you simply unscrew the plate at the back and take out the battery and insert a new one. Nothing revolutionary right there but its a simple process even for the noobie should the battery begin to deplete. Charging time is about accurate at 5 hours though playtime at 9-10 hours might be considered a bit short compared to the likes of the ALO Audio National which rates at 15-16 hours and sits on par with the more power hungry Continental. I would have preferred something like this to run about 10-15 hours given the competition at this price point from Ibasso and their T5 and lower from FiiO. 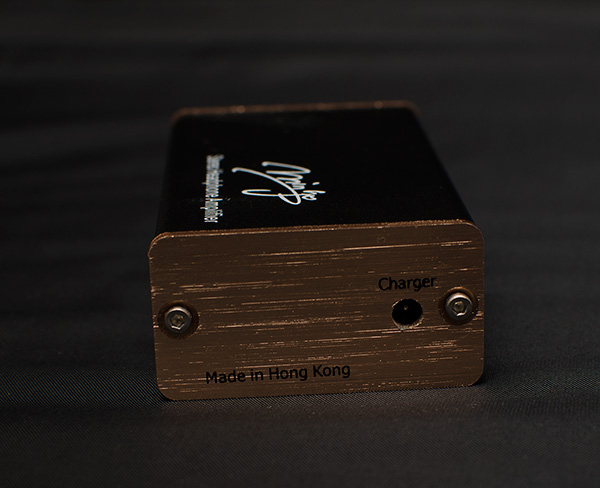 The power rating at 150mW into 32ohms makes it really more of a portable can match-up. Though technically it can handle up to 300ohms it won’t really shine until you lower the power requirements to something a bit more reasonable. Best match this little amp with a Cowon, an Ipod or a Fuse. I don’t think it is really necessary to match it with one of the higher end DAP’s such as the Hifiman HM601/2 or the DX100 which have internal amps that can come close. It is also a pretty reasonable match for IEM’s also with no discernible noise or feedback using my UM Merlins or the Sony MDR EX1000’s. It’s not until you push the dial past 3pm did I pick up background hiss using IEM’s.

Overall I found the Mingo Amp2 to have a warmish tonality out of the box with a very smooth response and a very accurate volume pot and little by way of distortion or imbalance. For its price it is a decent performing amp without any sharp peaks but lacks a little in detail in what you might find at higher performing amps particularly in the treble extension and suffers a little in articulation and imaging as a result compared to cleaner competing amps such as the D-Zero or T5 from Ibasso. 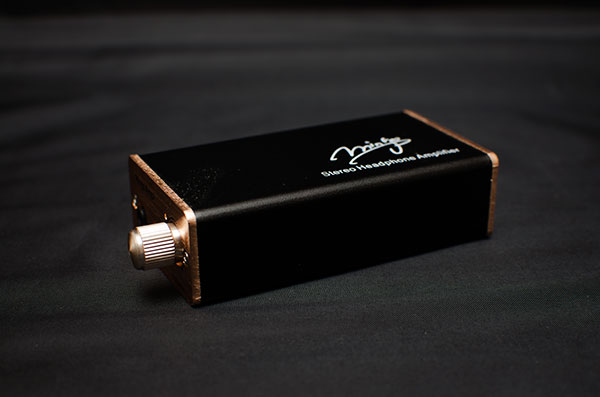 Testing this out at a meet a while back some of our members felt it suited IEM’s more than anything else given the lower power rating and the steady pot. I have to agree although the detail is perhaps a bit lacking as mentioned before. With my Merlins I felt the warmish overtones to be less of a match than my Sony MDR EX1000’s. No question of power on the Merlins and the deep bass was still quite prominent but the Merlin’s are already a warm and slightly laid back sounding earphone and throwing more warm into the mix just muddied the presentation somewhat. The EX1000’s were a little harder to drive on the AMP2 than the customs but I felt they suit the darker tonality of the AMP2 a bit more being known as an inherently bright sounding IEM to many users. I did feel the great sound stage of the Sony’s was lost a little though via the Amp2 and the top end sparkle was almost completely nullified. So whilst a bit smoother it felt a bit duller than what I am used to on the Sony’s.

Jacking up the K550 via the Amp2 I found again the same warm smooth but not overly detailed signature. The more clinical K550 did benefit from the Amp2 warm and slightly bass centric approach overall and the volume control remained very precise. On more bass centric and dark headphones such as the Aiaiai TMA-1 the mix didn’t work at all. Far too dark, warm and muddy with zero top end detail. This is not terribly surprising given that the TMA-1 is a dark headphone to begin with and it would seem the Amp2 from Mingo is best matched up with neutral headphones rather than inherently dark headphones for the warm tonality to work rather than present overkill. The same trend was again present with the Capital and the ESW9’s but better for the Beyer T50p. It really is just a question of getting the right balance and match for this little Amp for it to shine. 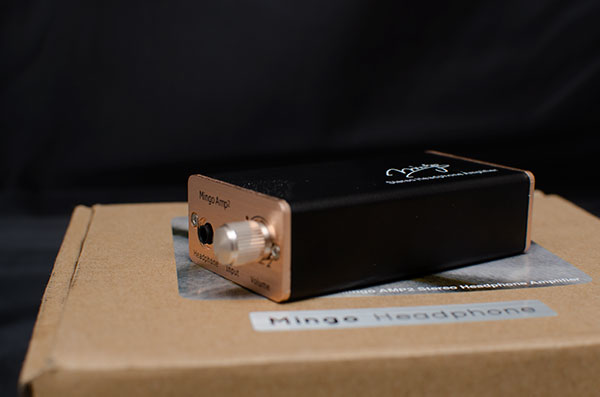 I had fun with this amp once I got the right match and found the smooth warm tones and excellent control to be a nice compliment to any headphone that is easy enough to drive and might need a bit of taming in the uppers. If you have the ultra neutral if slightly bright Ibasso D-Zero in your collection this might be a nice compliment. It is reasonably priced but might face some stiff competition from the FiiO brand particularly the more functional E17 though to it’s credit I prefer the volume pot on the Amp2 than the digital volume of the E17 which I found to be much in tune with my old analog head and combined with the lower power rating made it ideal for IEM’s and low impedance cans.