If you get a ZEN Air DAC make sure you have efficient headphones. You could easily power low impedance dynamic cans but also some that are more demanding. Just don’t expect to get maximum performance, especially in the bass region if you use power-hungry cans.

I did get to run the Sundara and the Arya plus some other cans of up to 300Ω with no issues. I also powered a T50 MK3 variant headphone but it was not an optimal combo since they need lots of raw power but it did produce a medium volume level which was adequate enough for a casual listen.

On the IEM side, I did not hear any major hiss or artifacts. Noise levels seem to be absent with sensitive IEMs such as the FiiO FH9.

Actually, I would say the ZEN Air DAC marries well with bright signature IEMs since its overall sonic characters are warm with an absence of treble stridence but also balanced in response and is also able to kick the bass up a notch with the XBass +.

One of the marketing claims of the ZEN Air DAC is that it could fare well with gamers and PC users who want better sound quality from their PCs but don’t want to go the soundcard route.

My particular card within my custom build presently is the EVGA NU which retails for $299.00. This particular card is one of the best out there and is equipped with Nahimic, engineered by Audio Note.

It features audio-grade capacitors, swappable OP-amps, native DSD, PCM of up to 384K, 32bit from a Cirrus Logic CS5346 DAC plus it also has an XMOS XCORE 200 for DSP purposes.

If I had to choose which one I would prefer gaming in particular on, I would probably choose the NU because it seems to pack more punch, certainly comes with more features but also a fair bit more expensive

Plus you put more stress on your PC in three ways because this card depends on one PCIe port plus a SATA power connector from the power supply directly and you also have to download and install drivers.

The ZEN Air DAC is completely plug-and-play and has less output power but the sound quality is more Audiophile oriented and I prefer it for music listening because it seems more natural and not so excited.

However, the one important area that most gamers require that their sound gear performs well is in terms of positioning. The ZEN Air DAC has the technical ability to satisfy that need and project distance with accurate positioning and panning, or imaging. 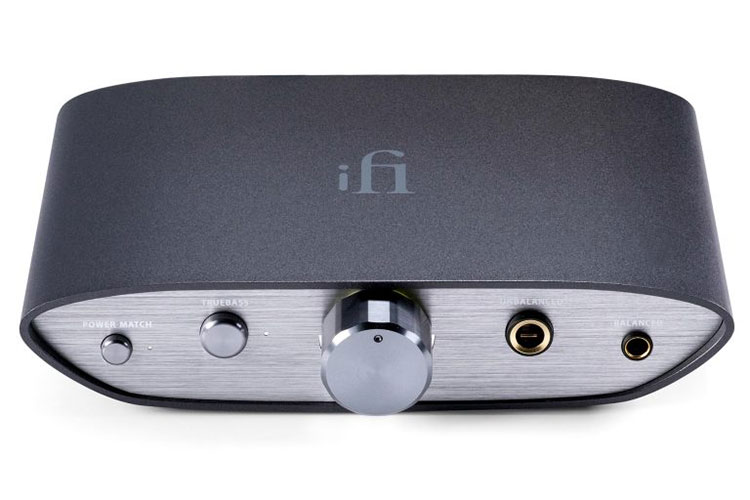 For now, I’m just going to use the original Zen DAC which has the closest number in cost plus it’s also similarly styled. The ZEN DAC did not have a 16-core XMOS but used an 8-core XMOS instead.  However, it did use the same OV series components on the output stage and offered more available power, particularly from the balanced output.

The major technical differences between the two units in an operational sense are those balanced outputs that were omitted on the ZEN Air DAC.

Similarly, the ZEN DAC could operate under PCM, DSD plus MQA formats which also varied from firmware to firmware which is also available in the same identical flavors for the Air variant.

The rounded trapezoid shape and size are identical on both units but the ZEN DAC is made from metal from front to back. Even the knurled volume knob and push buttons are made of metal.

I do not feel as if the ZEN Air DAC replaced the original ZEN DAC in particular after the release of the 16-core XMOS variant and version 2 of the ZEN DAC.

The original version however was discontinued and seems hard to find nowadays so the AIR DAC fills that void because the new 16-core ZEN DAC is closer to $200 in cost, unlike the first version which retailed for just $129.00.

Side by side comparing both single-ended outputs they both sound very similar. Tonality is very similar and frequency extension also seems similar. The dynamic response is very good on both units although their bottom end seems to have a slight reduction of punch and wallop.

What does not seem similar is the soundstage and it seems it slightly increases in size with every version except with the ZEN Air DAC. But if you switch over to the balanced side of the ZEN DAC not only do you get more available power on tap but the stage also seems to increase in size by a small margin.

The stage also seems to gain some accuracy far as micro placement with a better-defined organization.

What would be the ideal competitor to the ZEN Air DAC? I thought of the Schiit Fulla or the FiiO E10k. I even thought of the Syba USB audio DAC but when I did a Google search on DAC amplifier combo units for less than 100 bucks, not many came up except for this particular unit which was listed in every single search result.

I had the FX Audio DAC-X6 for many years and it actually outlasted three wall warts and it held me over for a while until I could get more serious gear. It can supply a watt per side at 16Ω and is rated at 1000mW per side. The second version is only capable of 520mW per side at 16Ω.

The original version used a three-chip DAC solution and an OP275+ TPA 6120 amplifier section. This model can only handle PCM at 24bit-192k maximum and no other digital formats can run on the DAC-X6. There is no DSD, DX, or MQA.

The FX Audio DAC-X6 has an all-metal body in a more traditional rectangular shape with a front and back panel that sports all the switches, input and output ports, and volume control.

Up front, there’s a volume control knob, a 6.35mm single-ended headphone jack, an input selector, and the power switch, both of which are metal shaft toggle switch types.

On the back panel, there’s a USB input, an optical plus a SPDIF input plus a set of RCA outputs that are fixed in output besides the 9V power connector which you must use. All the rear inputs are selectable from the toggle switch on the front panel.

I would only purchase this DAC amplifier if I could not reach the $100 goal and asking price of the ZEN Air DAC because if you compare both USB inputs the end results are way better on the ZEN Air DAC sonically.

I would only use the DAC-X6 off the optical or the SPDIF input if you have to which will then restrict you to a 24-bit 96k digital format, but at least the sound quality will be acceptably good. The USB input off that DAC-X6 is pretty bad.

To be specific the USB port on the DAC-X6 is a very noisy port. However, the other two ports produce surprisingly good sound and seem to remain artifact-free and rather true to source quality.

With no gain switch, no bass boost, or special enhancers it has a “take it or leave it” approach to sound. The ZEN Air DAC at least has a gain control plus XBass + which works wonderfully well if you find the music to be too flat far as bass response.

The ZEN Air DAC only has a single input but I prefer one good over 3 mediocre and noisy input ports any day.

What iFi Audio did here is to fill an empty void in the audio market by introducing a very good-sounding desktop DAC amplifier combo for less than 100 bucks and still managed to offer the bargain buyer lots of value and some features which will make the buyer feel as if the ZEN Air DAC is not such a bare-bones model.

I think it’s safe to say that the days of sound card dominance are over and devices like this are quickly taking their place because of their ease of use, no fuzz installation, and with plug and play operation capability.

Besides the very slight volume knob channel imbalance and the disabling of the source volume, when it comes to performing its duty this is a high-value item and a very good deal for those who just want better sound quality but don’t want to spend much cash and don’t want to install extra hardware with buggy drivers.