Along with the amp section iBasso has focused very hard on maximizing the performance of its internal hardware. The DAC implementation is an AKM AK4495EQ which is a fair old step up on the older AK4490 found in the DX150 though it a single-channel design as opposed to dual-channel found in the DX150.

That seems logical given the price point of the DX120 is lower than the DX150.

Street price is competitive at around $20 per unit on the supplier side compared to the $45 per unit of the AK4497 so it does seem to fit in the bill of materials for the DX120 price point.

You can find very cheap DAPs loaded with an AK4497EQ such as the Zishan DSD but you also get a huge scale down in build quality to compensate for that DAC chipset cost and that is likely to include any implementation process.

The decoding is very good for DSD though not as high as you could possibly wish for at DSD128. This chipset is the main limiter here as it does have a hard stop at 5.6Mhz so not a software limitation on iBasso’s side.

PCM numbers are excellent at 32BIT/384kHz but this is an iBasso implemented hard stop as the 4495EQ can support up to 768kHz. My presumption is this was a fine balance between future-proofing, commercial reality or the lack of commercial recordings available at 768kHz and the need to keep the performance on the DX120 smooth.

Outside of that, the DX120 will pretty much decode any codec you throw at it from DSD, PCM, FLAC, ALC down to MP3, Ogg, and other lossy files without any issues. ISO files also pose no issues, my own Queen DSD64 back catalog in ISO format loaded and played just fine. 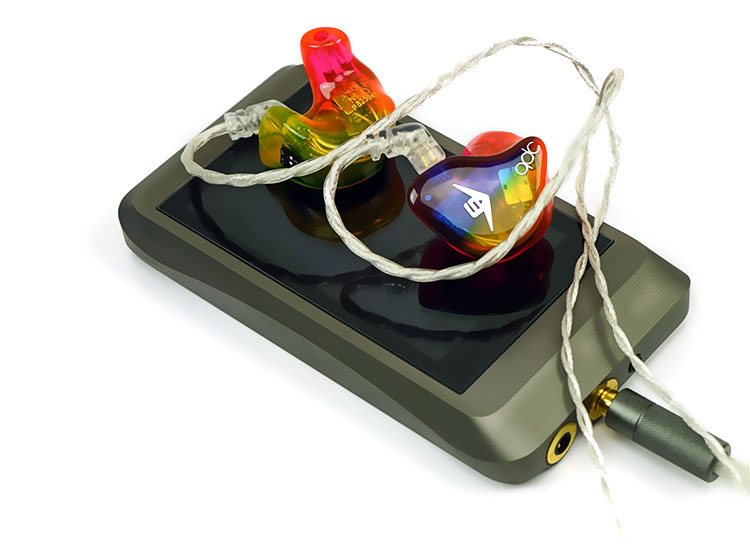 iBasso does not make mention of the amp stage in too much detail however we do know that it is a differential amp stage for both balanced and unbalanced outputs.

The numbers are pretty good for a DAP at this price point. Single-ended is around 100mW or 1.8VRMS and balanced is an excellent 400mW or 3.6Vrms so there is plenty of power there for a lot of headphones and enough efficiency for more sensitive IEMs. You can also adjust the gain between low and high for some additional flexibility.

Noise performance is excellent on the DX120, particularly for the AK4495EQ chipset and the amount of output power provided. THD+N on the official AK4497EQ data-sheet is rated at a nominal -105dB which is about average.

iBasso has upped that to -111dB in balanced mode which is a fair old jump. They have also kept it remarkably steady with only a -1dB drop under a 32Ω load. Noise should be kept very low indeed for both outputs despite the 400mW power output potential.

The percentage numbers are on par with the DX150 which I do know they also had a similar studied engineering process. In fact, they are the exact same at 0.00032% under a 32Ω load balanced and 0.00056% single-ended.

The DX120 is not an Android platform and instead boots directly into their own Mango OS as its only operating system. As a pure player with no WiFi and BT that makes sense so this is akin to a permanent audio priority mode player. The ARM Cortex A7 CPU inside is from the same ARM Cortex family as the one inside the DX150 (A53) but this time it is 32BIT instead of 64BIT.

It is not as powerful, but then it does not need to be for a few reasons. First, Mango being the only bootable OS means iBasso has a lot more control on how to code and manage tasks within a fairly walled-off environment.

iBasso also uses direct memory access or DMA protocols to free up the CPU even more for that all-important hi-res audio decoding capability. The last thing you want is stuttering on DSD with a $299 DAP.

There is a secondary GPU with open-GL time rendering also to further lighten the load on the A7 CPU inside the DX120 and that does show in how snappy and quick Mango has become on the DX120. This is no longer a sluggish operating system.

There is a slight lag of 1-2 seconds when moving from PCM to DSD due to a switch to XMOS which is required for DSD playback. There is not much lag to speak off when loading hi-res large files from microSD cards. An Alex Cole 24BIT/192k 25MB FLAC recording on a Samsung 64GB card took maybe like a half a second or less to load before playing.

Mango OS has been around for a while now so in a sense it is a fairly mature OS. However, the DX120 smaller screen real estate does mean the UI had to be changed to reflect working on a smaller screen.

Gone is the icon or image-driven menu system of the DX150/200 and in comes a more traditional list-based UI for the DX120. I have to tell you that I actually much prefer this list system. I understand for the larger DX150 screens lists may not be appropriate but with less GUI rendering required outside of fonts, the DX120 really does benefit in terms of speed from simple touch scrolling list options. 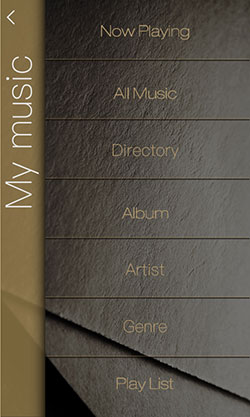 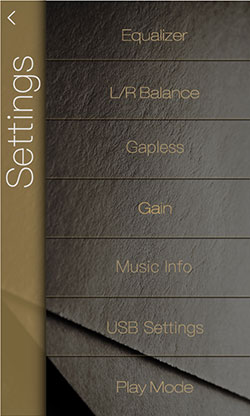 The switch to a heavier list-based UI also means the number of swipe-able screens has been reduced from 3 on the DX150/200 to 2 on the DX120 with the Media Library a swipe to the left of the playback screen and the settings menu to the right.

The DX120 will always boot up into the central playback screen which does provide you with quick access to some of the more popular options such as Gapless, high or low gain, and the digital/ sound filter options. You can access these plus your desired USB functionality with the click of a small list icon just above the track time slide close to the bottom left of the screen.

The settings screen will give you access to media scanning and info management as well as changing the default sound/digital filter setting. You can also access the EQ (which is properly spelled in the latest firmware), channel balance, and the advanced environmental controls from the settings page such as screen brightness, language, and power management. 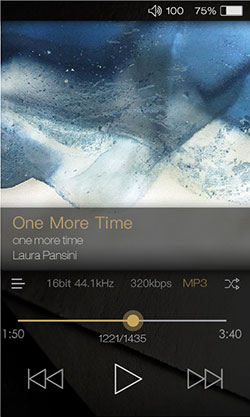 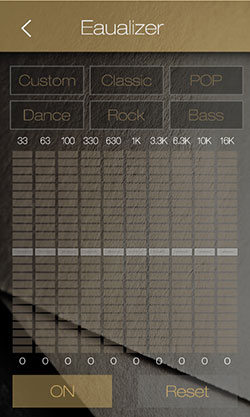 Pretty much your media library with multiple ways to access it including artist, genre, album as well as direct directory access of both memory cards in a traditional folder format. I am delighted iBasso have retained the genre drill down to artist and albums much like the iPod media library structure.

Competing systems such as HiBy still stubbornly refuse to implement that logical structure which means you get a flat list of songs under Genre. If you have 1000’s under one genre that’s pure hell so kudos to iBasso for keeping it well organized.

Scanning was pretty fast actually on the DX120 and also accurate with one 2 tracks out of 1500 failing to be properly tagged (null) and that may be my fault in my tagging process more than Mango. The only critique I have from the media library is the lack of scrolling titles meaning a lot of the longer song or album titles get cut off with a “…”.

So what is new or unique in the DX120 Mango OS? Well, not so much unique but certainly far more developed is the Sound Mode feature. The closest to this option on the DX150 Mango OS as far as I can see is the sound style option tucked away in the main Android Sound & notification feature and you had but two choices there, standard and full sound.

The DX120 sound mode is much more expansive with 6 different sound tweaks that I find to be very subtle but more pervasive than the included digital filters: 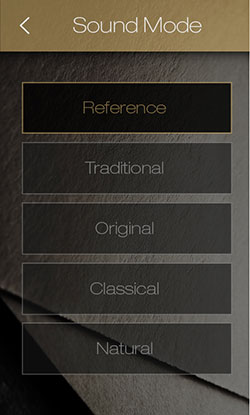 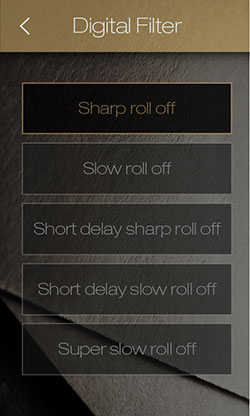 The effect is subtle, far more so than any DSP, EQ, and also less so than the sound mode. Some swear by it, fair enough but it is not a transformative experience for me. The titles on the filters are similar to the ones you will find on other DAC filters but do bear in mind it is based on the performance of the AK4497EQ and amp stage which has its own distinct tone. The filters include:

My own preference after going back and forth was the super slow roll-off or the last option on the list. It is perhaps the smoothest of the 5 options available and provides the best tonal body for instrumental timbre. Again, this is a very subtle sound-shaping option and it does take a while to figure out where your preference lies.