The Hifiman Sundara is the next generation of mid-fi priced full-sized open-back planar headphones from Dr. Fang Bian. Priced at $499.

Disclaimer: The Hifiman Sundara sent to us for the purposes of this review is a sample and does not have to be returned. Thank you to Hifiman for giving us this opportunity.

To read up on other Hifiman products reviewed on Headfonics click here.

It has been 3 years since Hifiman last focused on it’s entry-level or mid-fi range of planar headphones.

The last we reviewed was the HE400s and HE400i/HE560 back in early 2015 and they scored fairly well. Since then mid-fi releases from Hifiman have come via the Massdrop channel with the HE350 and HE4XX which have their own unique pitch and sound.

Fast forward 2018 and the new $499 Sundara is neither “fish nor flesh” when it comes to replacing any exact model. In fact, you could call it a brand new way of thinking by Hifiman. Gone are the numbers and in comes the names.

I prefer names, to be honest, and it is not the first time Hifiman has done this with the Susvara and the soon to be launched Ananda being the other noteworthy named headphones.

By doing away with the numbering sequence Hifiman has been able to craft a specific pitch for the Sundara that breaks the numbering chains of their previous headphones. The only thing we have to go on is the price.

At $499 it would seem to replace the HE400i which was also launched at $499. Certainly, the marketing collateral would suggest that is the target. Yet at the same time, the HE560 has no natural successor so quite a lot of people think the company has killed two birds with one stone using the Sundara.

The Sundara is not just an iterative upgrade on either though. Hifiman is pitching two key areas that I think will resonate with Hifiman fans; build and sound quality. All of this is wrapped around the phrase “beautiful” which is the literal translation of the word Sundara (Sanskrit). 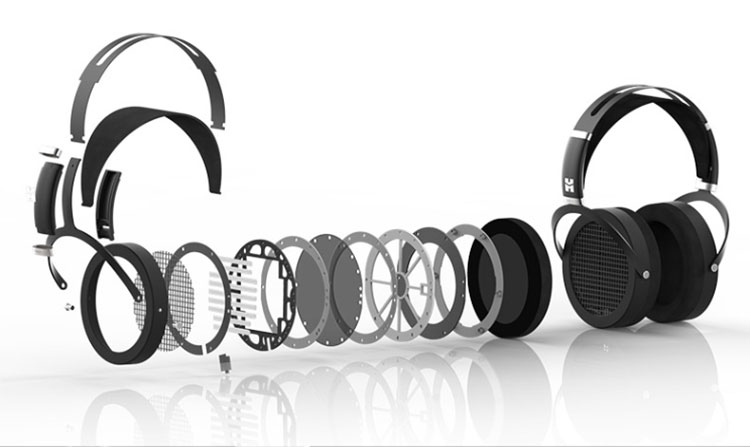 The first pitch is the new diaphragm which Hifiman claim is 80% thinner than the older one on the HE400i. They also claim the new design will produce a much more refined sound signature with far greater frequency extension and a quicker transient response than the HE400 series.

The second pitch is a redesign of the headphone and away from the previous generation of Hifiman headphones swivel joints and plastic blocks. Previous issues with this area breaking on the HE400i and HE560 prompted a slight rethink in headband form and function to prevent this. As a result, Hifiman is pitching the new design to be their best and most durable quality build to date. 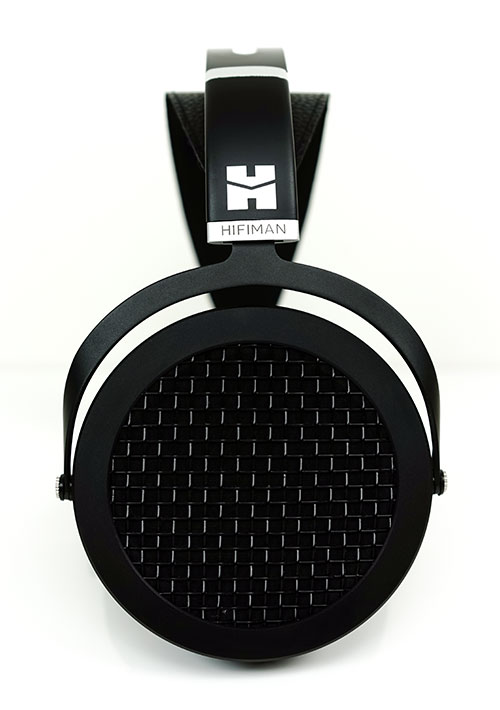 If you have been a Hifiman headphone user for any number of years the first thing that will strike you about the Sundara is the modernistic clean lines and lack of fussiness, particularly around the hinges and cups.

The form factor is very coherent with a more consistent matt black coloring and a use of materials that seem better finished and more durable than before. There is a clear preference for metal over plastics in the Sundara and it feels all the better for it.

Some of the key innovations Hifiman originally brought into the HE400 series are retained in the Sundara’s design.  It does not look “unlike” a Hifiman headphone with it’s logo prominently on the side of the headband and the use of the Focus A detachable pads.

Whilst the headband is radically changed in functionality and materials it still sports a split metal design at the top and both still use a pressure displacement secondary strap below the metal headband arch.

The grills on the cups have also had an upgrade from the previous thin wire open honeycomb plate design to a stronger lattice designed wire grid which looks a lot stronger than before.

Despite the healthier infusion of metal in the Sundara design, the weight has not gone up too much, if at all. The Sundara weighs in at 372g compared to 370g for the HE400i and still 3g less than the HE560. The handling though has changed slightly.

Despite both having a similar weight the Sundara is a bit easier to work with and handle. A lot of that has to do with the redesigned headband and pivot system. Hifiman has actually gotten rid of the swivel functionality of the older HE series headphones so it no longer folds flat. Some might not be as fussed on that lack of flexibility but Hifiman does compensate with a small amount of cup swivel for fitting purposes.

One clear benefit of the more rigid design is the enhanced strength of the gimbals. The previous gimbals had a plastic finish that had a certain weakness to them and they could crack with heavy use. Now the gimbals and joints are made of anodized aluminum in a matte black finish and look far more durable than before. 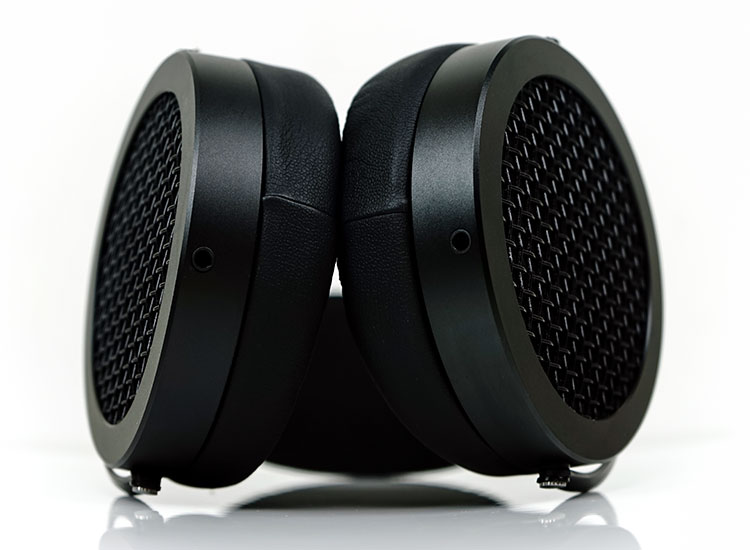 The Sundara is a dual entry headphone as with all of their full-sized headphones. However, the connectors have changed from 2.5mm TRS mono to 3.5mm TRS.

I am in two minds about that because whilst I recognize the 3.5mm TRS plugs are a setup in quality over the 2.5mm mono plugs it does mean aftermarket cables previously used on the likes of the HE1000 are now redundant on the Sundara. I long since campaigned for the coax system of the older HE4/5 series cans to be ditched and thankfully they did but the transition to 3.5mm is another running change that cable rollers might prefer not to have happened so soon.

The cable itself is an OFC copper crystal measuring 1.5m in length with a fairly sturdy and nicely design right-angled gold-plated 3.5mm TRSS jack. You also get a quarter jack converter as an additional accessory.

The jacket is rubber and rounded with fairly low levels or memory retention and not likely to tangle though it has a slight flyaway nature to it. Microphonics are super low though. The cable y-split is a functional but tidy rubber enclosure and the 3.5mm TRS barrels on the connectors seem sturdy with good strain relief. 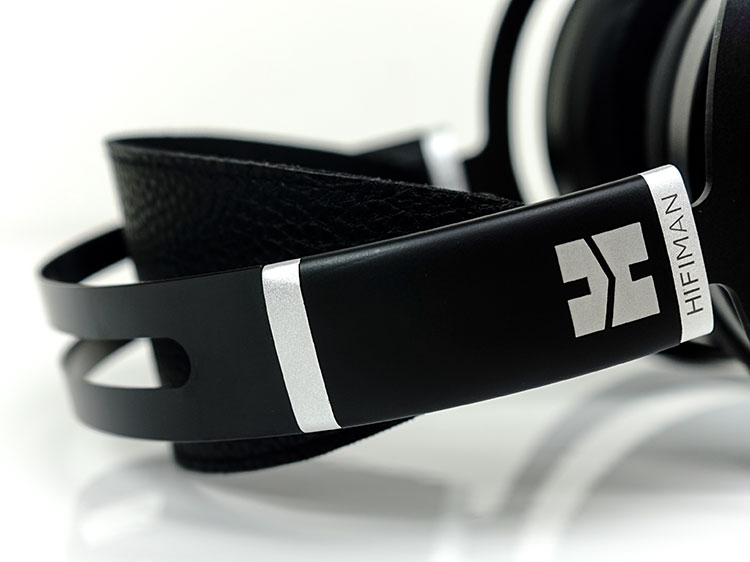 It is a brand new headband system which in my eyes is much simpler in functionality and also a lot sturdier than the old HE series headbands. The headband has what I would describe as a more normal curve and less extravagant than the older headband. Perhaps the shorter “throw” and use of spring metal contributes to that sturdy form factor. The new design is also wider all the way around and whilst I do not think it is much thicker it just feels a whole lot stronger.

The headband still has a leather adjustment strap underneath for pressure displacement and comfort. You can adjust the height of the band as a whole via a notch system on both sides of the band. The materials of the strap have slightly changed now with a faux leather finish. Again, the emphasis here is more durability than before. The previous band has a softer material wrap that was more prone to damage. The newer strap seems impervious to nicks and scratches.

Given the lack of fold flat and swivel some might find the clamping pressure a bit higher than before. Personally, I do not have an issue with the clamping pressure. In fact, I found very little difference between the HE400i and Sundara with regards to sideways clamping force. You do however get a feeling of a much more rigid headphone on your head. However, the Focus A pads and the headband strap do a good job of softening up the grip and dispersing pressure in a balanced manner making the Sundara a more than comfortable fit.

Some might find the lack of cup swivel a bit unnerving at first with the Sundara and it is part of that whole rigid experience I mentioned before. Compared to the HE400i design is not quite as flexible in that regard. The cups own slight forward and backward movement will provide some micro-tweaking however for most heads. 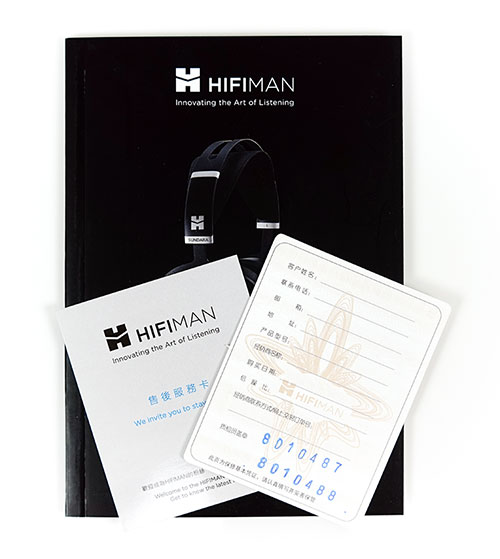 Hifiman has stuck with the Focus A pads so they offer the same levels of comfort and fit as the HE560. It could be just my units and not a production thing but I do find the finish to be a bit more even on the Focus A Sundara pads. That might just be a usage thing as the HE series have had a heck of a lot more abuse in the last 3 years than the Sundara. Time will tell.

For those coming fresh to a Hifiman Focus A pad these are hybrid faux leather and stitched fabric innards with an ample opening to go over the ears. They are indeed detachable, breath well and generally quite comfortable to wear. 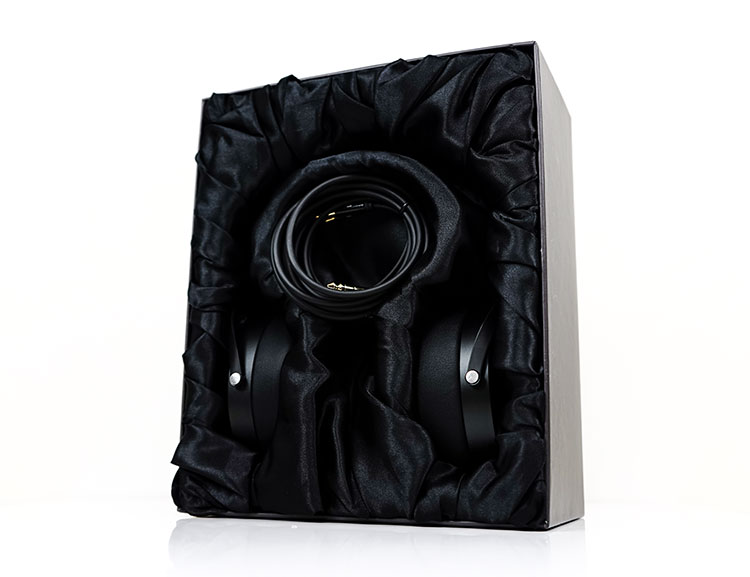 Gone are the elaborate display cases of the HE series such as the wood of the HE560 and the faux leather of the HE400i. In part, I guess it saves a little on budget costs for the project and more on the headphones but I do miss those cases a little. Instead, Hifiman has elected to continue with the HE400S box type design which they have been using for a while now on their budget models though with a nicer satin type finish on the inside to create a case-like effect.

Truth be told the box itself is quite professional and well made. It looks every bit the corporate style headphone package you would expect to find on the likes of Beyer or AKG. There is enough memory foam underneath that satin cloth to buffer the headphones from any potential damage also.

Accessories are ok for me with the inclusion of the detachable stock cable and the quarter jack converter as well as a nice little brochure and warranty cards. You really do not need much else to get going with the Sundara. If I am nitpicking I would have liked to have seen some sort of cloth cover for the Sundara to protect it from dust when out of the box or even a cheap headphone stand such as the one MrSpeakers included on their Alpha series of closed planars.