The Libra is a step up from the Taurus in terms of resolution but delivers a slightly different tone and timbre from Astral Acoustics entry-level cable.

Compared to the Libra, the Taurus is thicker sounding, center-focused, and with more low-end weight. The Libra takes the edge of the low-end thickness and impact and instead delivers a more balanced and articulate presentation with a fairly sweet and smooth-sounding timbre.

Another key difference is how open the Libra sounds compared to the Taurus. Much of that seems to focus on the top-end with better detail and a slightly more forward treble presentation. On the Taurus, the mids up to the presence region sound more forward. The treble is also a bit more attenuated sounding by comparison.

As a result, the Libra has a wider sounding soundstage and a clearer level of articulation beyond 5k that really does a nice job of lifting the weight from the upper mids and generally providing a bit more headroom for percussion and synth. Those two particular instruments do seem to have more presence on the Libra compared to the Taurus.

The wide soundstage on the Libra will also take away a bit from the Taurus’s more vocal-centric performance. It is not that vocals are suddenly way back in the mix but rather the additional width brings up a much more holographic soundstage where spatial cues beyond vocals make their presence felt. 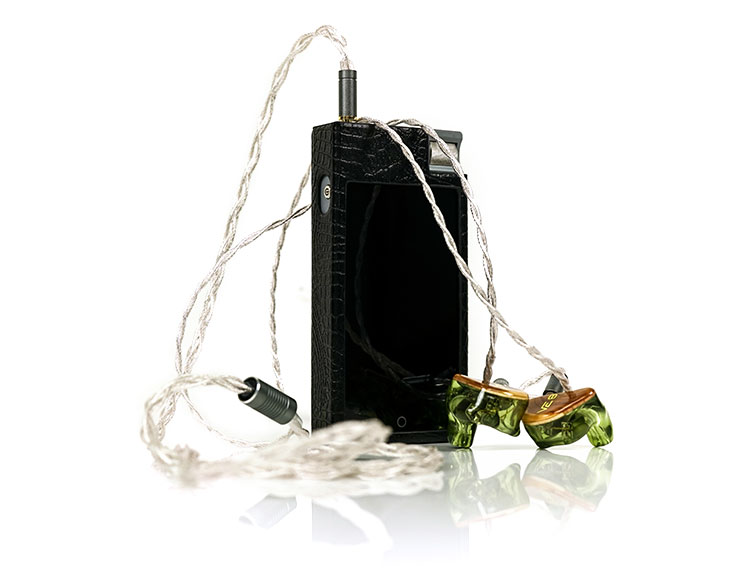 The Libra is a more versatile cable for matching a wider range of IEMs and sources than the Taurus. Not that I found the Taurus too niche but rather its thicker bass and mid-centric profile lends itself better to more neutral sources. Warmer sources such as the Opus#3 and FiiO’s X3 MK3 I found too soft sounding.

Not so with the Libra 4-core. The generally more open and airier presentation pairs really well the Opus#3 and FiiO’s X3 Mark 3. At the same time, the balanced tonality still works a charm with the more neutral sources such as the DX200 and AK240. You will not find a sharp tone among any of the DAPs mentioned.

Of particular note was the DX150 pairing. We have not reviewed the Dx150 yet but initial impressions of the new Amp 4s is that of warmer and more musical tone than the DX200.

With the Taurus, I found the sound a bit thicker however the percussion timbre lacked a bit of air and came across as quite dominant surprisingly. With the Libra, the percussion had a lot more headroom to work with and sounded less dominant as a consequence. You do lose a bit of weight but the presentation is just that bit more detailed with the Libra overall.

It depends on what you want to happen; nullify a weakness or amplify a strength. Two examples, the 64 Audio A18 and the Audeze LCDi4 come to mind.

The better staging quality of the Libra will gel well with the A18’s strength, that expansive soundstage. However, it might nullify any gains the Taurus made with the neutral to slightly thinner midrange of the A18. Both are a massive upgrade on the stock cable that comes with the A18 by the way.

Certainly, you want better instrumental separation and for the Tia driver to really sing. The Libra will do that without a hint of harshness. However, the Taurus might be the better choice if you just wanted a thicker low-end and mids or you prefer weight over spaciousness. A bit of a personal preference in that debate.

The Libra won’t thin out the mids by the way, just not push them as far forward. Definitely, the Libra will do a better job of pushing forward detail and articulation on the A18 compared to the Taurus.

Swapping out the LCDi4 stock cable and using the Libra was also a refreshing uptick in staging and clarity. Now I love the LCDi4’s openness and that thick-sounding lower midrange is just stunning but its weakness is that it lacks a tiny bit of air and sparkle in the lower treble and upper mids.

The Libra does a better job with the lower treble injecting more energy and as a result, the LCDi4 sounds a bit snappier and more exciting. Vocals and higher-pitched instrumental timbre also get a little lift from the Libra over the stock cable. I presume the stock is copper because it does sound a little thicker in the lower mids Libra however, the Libra sounds the punchier and more dynamic of the two in terms of bass performance.

All comparisons were done with a 64 Audio A18, LCDi4, and Campfire Andromeda in combination with a DX150 and AK380 source either balanced or unbalanced.

This is a beast of a cable for the asking price. It is also a bit heavier and stiffer than the Libra with its larger 22.5awg custom silver litz design using a custom nylon core and thicker jacketing. The finish is gold plated with Whiplash’s traditional wood finished cinch. It is a striking cable and despite its size, it is actually quite light and very microphonic-free.

The connectors are a little rougher in their finish than the Libra with electrical heat shrunk tape rather than the lower profile translucent PVC finish of the Libra. It does take the gloss off an otherwise very nice finish.

The quality of the connector barrels looks a little cheaper also though of a similar design. They are a little smaller in size which may be of benefit to those who have jacks in close proximity to line-out connections. 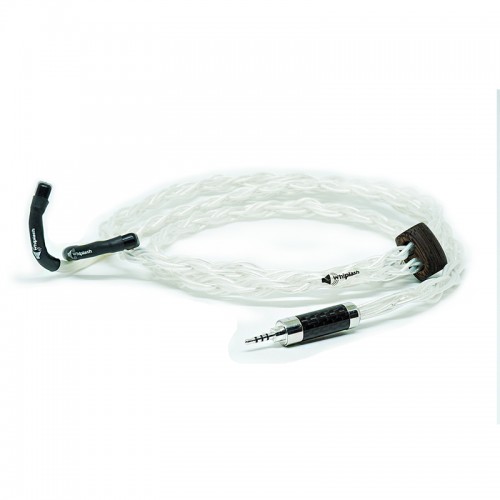 This is very much a silver cable performance with a cleaner more neutral-sounding timbre than the smoother or slightly sweeter Libra.

Both have good treble performance, however, the TWag V4 differs with a slightly more aggressive and resolving treble presentation combined with a low-end that is linear and flatter in its performance. I find the Libra just to be a little more open sounding beyond the lower treble but also a little softer sounding.

Surprisingly, I find the TWag V4 sub-bass to be a bit more elevated than the Libra, however, the Libra is the slightly punchier of the two with a warmer mid-bass performance.

Mids is where the Twag V4 has an advantage sounding a bit more accurate and with more clarity. The Libra dials back on the mids sounding smoother and more euphoric in comparison but also a little more distant than the TWag V4.

Another monster at a reasonable price and possibly one of the wieldiest IEM cables I have used in recent times. Mind you it is an 8 core 22.5AWG cable so I naturally expect it to be a bit thicker than the 4 core Libra version. That being said the PVC jacket of the Libra is a bit softer and more manageable than the SXC 8’s FEP jacket.

Inside the SXC 8 uses a custom annealed silver plated high purity copper mix compared to the silver and gold 25awg alloy of the Libra. What I love about the SXC 8 is the red and blue markings for left and right that run throughout the cable and split for the connectors. The Libra does not have that instead it uses a little red ring on the right connector barrel to denote which channel is which.

The only thing I do not like about the original SXC 8 was the lack of y-split barrel and cinch but the redesigned version does have a fetching silver barrel. The SXC original version also carries a lot more microphonics than the Libra. I suspect partly due to the lack of barrel which may be remedied on the newer version as well as the stiffer PET jacket. 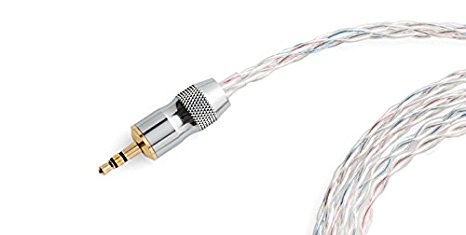 Tonally, the Libra is a smoother airier sounding signature than the SXC 8. The SXC 8 is a livelier more impactful cable with a little more low-end weight and presence than the Libra.

Mids on the SXC 8 is also a touch meatier and warmer sounding than the Libra’s more relaxed and possibly more neutral-sounding midrange. Although the SXC has plenty of upper mids and lower treble energy I actually find it not as well extended as the Libra and lacks a little air in comparison.

Overall, I would say the SXC 8 is the more dynamic and impactful of the two and possibly more aggressive and attention-grabbing on first impressions. The Libra is the smoother, more balanced, and airier sounding cable. 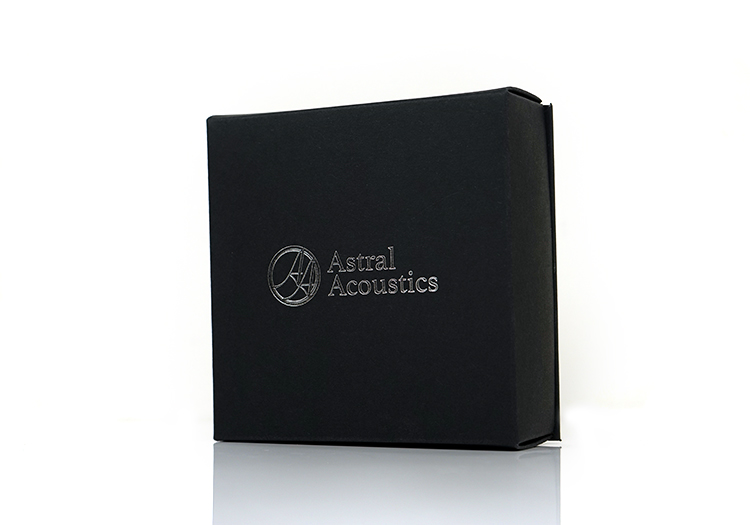 The Astral Acoustics Libra is an upgrade for sure on the Taurus but it is not a pure focus on a technical upgrade. This is not all about the detail. The tuning is still strongly linked to Henry’s aversion to sharp-sounding gear.

On the one hand, it is “bigger sounding” with a much better treble extension and generally an airier more open sound. However, at the same time, the timbre is still smooth, sweet and almost euphonic in tone. The Libra is still very much a relaxed performer but this time just that bit more balanced than the Taurus.

Stick with the Taurus though if you want a meatier low-end but if you need something with a more rounded performance that pairs well with most if not all sources then the Libra 4-core is a wise upgrade.