The Q is a 42 ohm 113dB ICM and as such, I would not class it as an ultra-efficient earphone compared to the likes of the Campfire Audio range of AB IEMs or the Se846. It does not just a touch more power than average to get the best tonal performance out of it. That being said it does sound ok from better-equipped smartphones such as the ZTE Axon 7’s AK4990 DAC or a well amped mid-range DAC. When it becomes underpowered the bass takes a hit, becoming a bit softer and politer as well as lower treble performance being a bit too brittle.

The ZTE Axon 7 coped very well for a smartphone, but it is one of the better audio smartphones out there with an Ak4990 DAC chip. Efficiency wise the q sat comfortably volume wise at around 80% but voltage wise this is one of the weaker amps in this review.

Overall this is a very smooth sounding pairing with a clean black background, decent mid-bass emphasis though with a bit of sub-bass roll off. It also sounds fairly spacious with a neutral vocal presence though there is a touch of sibilance on higher pitched female vocals.

Treble performance is little uneven with a slightly brittle and harder presence region and a slightly glassy percussion sound that’s not quite as natural sounding as it could be. The Axon doesn’t put a huge amount of energy into the treble performance of the Q though so it’s not terribly distracting and the extension is excellent.

This pairing sounds wonderful with trance, ambiance and slower paced EDM. That mellow full sounding bass performance on the weaker ZTE amp is also pretty good for husky female jazz vocals and acoustics. It does an ok job also with hard rock with a fairly natural sounding midrange timbre and decent fundamentals on low-end instrumental work though male vocals do not stand out as much as I would like when the midrange gets busy.

Easily powered by the AM3 on the X7, digital volume sat comfortably at 45-50 digital steps on low gain with no perceptible noise or hiss.

Tonally though I felt this combination was a little too soft and lacking in dynamics to really stand out. Details seemed to be overly smooth and whilst the treble was very slick there was still a touch of peakiness in its presence region performance though nothing terribly distracting. It as not what I was expecting at all from this well-favored source of mine. 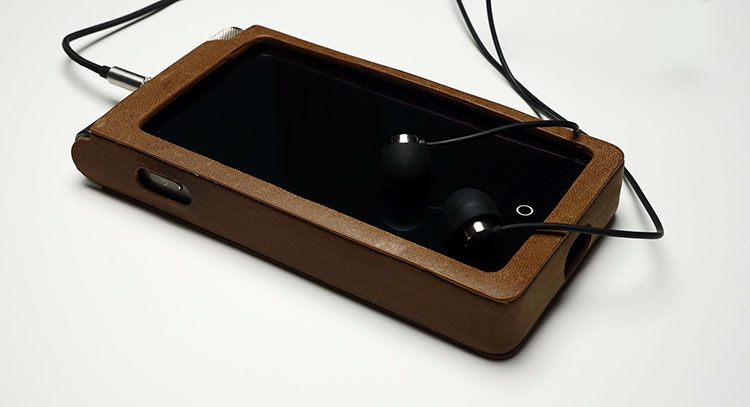 This pairing was fantastically easy to drive at around 24-27 steps on low gain, a super black background, and zero noise.

The tricky issues of lower energy brittleness and a slightly polite bass response I got from the ZTE Axon 7 and the FiiO X7/AM32 combo vanished with the i5 pairing. This was a much cleaner signature with better body and a solid vocal presence particularly for vocals in EDM and sparse acoustic tracks. Rock male vocals, whilst accurate sounding, still staying relatively neutral. They do sound fuller and more vibrant sounding than the X7/AM3 pairing.

Treble performance was more natural sounding with the i5. Whilst it won’t kill that tiny peak at 7k it did a pretty good job of keeping it to a minimum and allowing the rest of the treble extension to sound clean and clear.

That unusually high impedance of the Q (42 ohms) stands it in good stead with the usually noisier Alien Gold. Efficiency wise there is not much work required on volume adjustment with the Gold pairing, it is pretty good to go on the stock power up volume setting. Noise and background hiss is low to non-existent.

With little noise to get in the way, this pairing was a tonal joy. The staging was suitably deep and holographic, micro detail was better than average and instrumental separation and timbre very good indeed.

This pairing won’t trouble the i5 pairing for bass slam or top end articulation but it will produce a wonderfully smooth and warm tonal signature, very liquid mids and excellent male vocal performance. This pairing is probably the most pleasing lower treble performance of all the mid-range DAPs tested also with a far more natural presence tone than the i5 or the X7. You want something immersive but smooth then the Q plus the Alien Gold is an excellent pairing.

No issues in efficiency in unbalanced mode with this pairing. Optimal volume levels with the Opus#1 is around 80-85 steps in low gain mode with no hiss or background noise.

Tonally the Opus#1 was a very smooth and expensive pairing with the Q. It does not have the slam or dynamics or the i5 or the richness and vibrancy of the Alien, it is a more neutral and natural sounding pairing. It does deal with the lower treble peak much like the Alien, keeping it under control without blunting it. Vocals, and in particular male vocals, sound pretty accurate tonally but still stay within the mix compared to higher pitched female vocals when instrumental passages get complex or fairly busy. 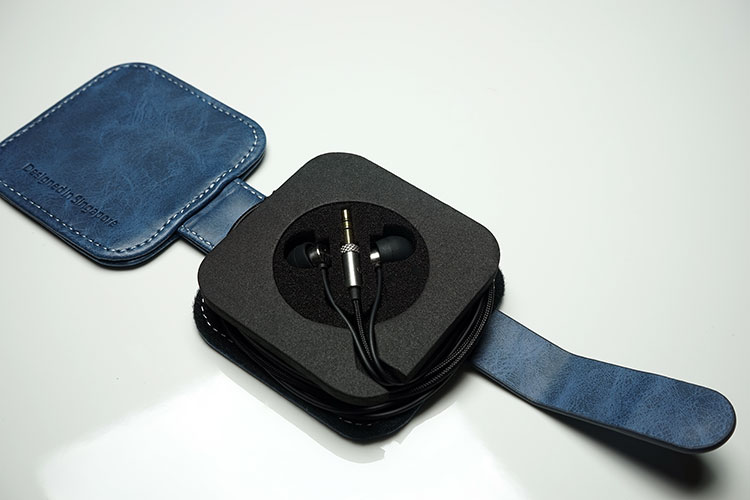 The 11-ohm 107dB Primacy is a more efficient hybrid IEM than the diminutive Q so it doesn’t need as much power to get to optimal levels. As an example, the Primacy sits quite happily on 20 steps low gain on the i5 which is a good 5-10 steps lower than the Q. It does, however, display more noise and hiss on less efficient amps than the 42-ohm Q. I won’t bother with weight and form factor comparison, the Q is tiny and on a whole other level. Both seal well though with their stock tips.

Tonally the Primacy is a slightly warmer sound with more sub-bass presence and slightly harder hitting mid-bass elevation. Bass on the Q though does sound quicker with tighter control and slightly better definition than the Primacy.

Mids on the Primacy are slightly thicker sounding but not overly smooth compared to the more neutral and thinner midrange of the Q. Vocals on the Primacy have a slightly higher elevation on the Primacy with superior sibilance control and slightly lusher texture. Treble on the Primacy is laid back in comparison to the Q and lacks the same level of headroom and air though has less of a peaky lower treble energy than the Q.

The T20 is a dual coil 16-ohm 90dB dynamic driver IEM and a pretty solid one at that with a choice of 3 filters depending on your tastes (bass, reference and treble). It is also priced pretty much on the money in terms of competition to the Q. Efficiency wise that 90dB sticks out like a sore thumb so despite its 16-ohm impedance it does require a bit of juice to sound optimal. Again using the i5 pairing as a good example, the T20 takes around 25-27 steps on low gain which is roughly the same as the Q. Background noise is fairly minimal on the T20 also.

Tonally the Q has a fuller sounding low-end response compared to the slightly tighter and more linear bass response of the T20 with the treble filter. With the other two filters, the T20 produces a more pronounced v-shaped response that destroys the Q bass-wise but to the detriment of everything else sounding fairly bloated. Keeping the treble filter on gives you more of an enjoyable u-shaped presentation.

Treble on the T20 has smooth and controlled rise with a plateau or leveling off in the lower treble response around 5-7k and few bumps right up to 10k. In comparison, the Q sound a bit brittle and brighter in its lower treble with a slightly peaky response. On the flipside, the Q has a bit more sparkle further up and certainly more headroom and air than the T20.

A single BA IEM rated at 14 ohms and 113dB the Orion is ultra-efficient and vastly easier to drive than the Q but also much more susceptible to noise and hiss from inefficient amps. This one is designed for weaker amps and smartphones. As an example, the i5 pairing was a full 10-15 steps lower than the i5/Q pairing in terms of low gain volume control.

Tonally the Q is very different in its presentation compared to the Orion. The Orion is a midrange performer with a very detailed, quick and slightly forward mid-section and excellent vocal control on both male and female vocals. Instrumental separation and timbre are excellent also on the Orion and the Q, with its recessed lower midrange and more energetic upper midrange, can’t really keep pace or sound as balanced.

In comparison, the Q has the heavy and fuller sounding low end and more sounds more satisfying than the Orion with EDM, some pop, and RnB. Whilst both have little lower treble peaks the Orion sounds slightly the softer and more rounded of the two, perhaps the more natural sounding overall. The Q though has the better extension and headroom than the Orion with a more elevated brilliance region. 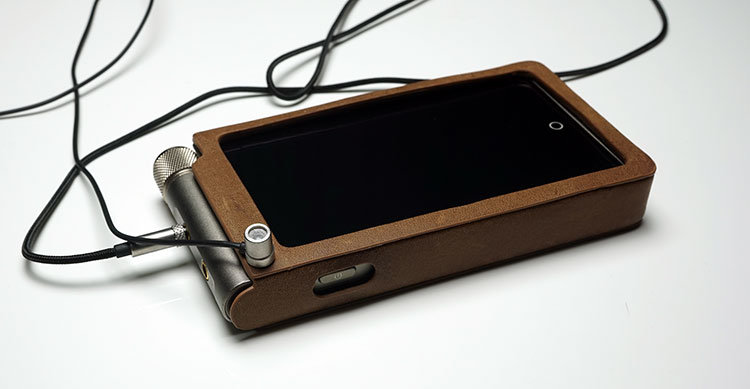 Whether or not we see a rash of ICM type earphones in the future is debatable but one thing is for sure, the Q strikes a unique note in terms of standing out from the crowd. It also sounds pretty darn good for a 6mm dynamic driver. The engineering prowess is ‘on song’ with this diminutive earphone and the amount of work they put into it seems to have paid off. It is musical, it is fun and still has enough detail to satisfy casual audiophiles.

Price wise its right on the cusp of mid-fi and perhaps it will gently lower as times goes by. Modern pop, EDM, and RnB lovers will warm to its full sounding tonal presentation though the slightly overly enthusiastic lower treble response and 42-ohm rating will require a smidgen of thought into how its matched. Yes, smartphones, good ones at that, will get admirable volume but better amps will drive it optimally. If you are rocking an i5, an Alien Gold edition or an Opus#1 with a library of Dash Berlin, David Guetta, and Ellie Goulding you will enjoy the little Q a lot.