Apparently, Pi was already registered by someone else and since “3.14159265359 Audio” didn’t exactly set the world on fire as a catchy brand name, the resulting outcome was Pai Audio (with the 3.14 underneath). Personally, I think Damon and the crew at Head-Pie would have pitched for Pie Audio but the deed is done and as such, this relatively new Chinese company is making a pretty determined pitch in the IEM market with the DR and MR series IEMs.

When I say determined I mean price competitive, eye-catching (read bright colors) as well trying to cover the bases of both dynamic and BA driver technologies within the space of a few months. These guys do not hang around. Their range starts with the 3.14 Flat, which is an open earbud type earphone priced at a very competitive $20. They also have a single dynamic DR1 IEM priced at around $30-40 which we will have a review off shortly.

The M range IEMs are all balanced armature starting with the MR1 all the way up to the recently released MR4. The number in the title indicates the number of BA drivers in each IEM from a single BA in the MR1 to quad-ba in the MR4. The MR2 is a dual BA and sits in the middle of their BA range priced at around $130 which is not exactly budget territory and therefore we will not give it a “free pass” so to speak.

What I find interesting about these IEMs, and the MR range, in particular, is the clear choice to go with what I would call a “contoured” shell design similar to what you would receive from customs companies when they farm out their demo units. It has obvious appeal and stands out from the more traditional bullet shapes and the more modern Westone styles. You could, in a pinch, call it an Asian type design, given the similar but more complex sweeping styles from Fidue striking a resonant tone.

The MR2 is a two-piece translucent acrylic construct, much like the customs demo type designs you see floating around. It feels pretty light, there are no sharp edges and I am fairly sure they are moderately robust. I would not say it has the same durability as the bullet type aluminum constructs like the RHA MA750 but I think it can take a knock or two overall.

On top, there is a flat plate sealed onto a contoured shell that houses the driver setup and finished right at the bottom with a gold-plated MMCX connector. I am starting to warm to MMCX connectors, by the way, I do see the benefit in the little bit of ‘tweakability’ over and above 2 pin designs for comfort. That being said I am wary of good and bad connector detaching processes and thankfully the MR2 is a relatively easy MMCX connector to work with for cable swapping.

Contoured earphones can seem to be physically a “hit and miss” affair when it comes to fitting. I was half expecting these to have a poor seal given their “take or leave it” shape. Surprisingly the fit was excellent, aided no doubt by the MMCX swivel connectors allowing me to tweak away until I got a full seal. Nozzle length is average, not too deep but not too shallow and armed with the larger single bore stock silicone tips they did a pretty good job of blocking out plenty of background noise.

I can’t obviously call this a universal success given ears are unique but they are more comfortable than say the Campfire Audio line, the Roxanne universal and the Fidue A83. They are also a good deal lighter than those IEMs and the lightweight nature helps keep them solidly in place.

The MR2 is designed to be worn over the ear with a supplied 1.2m rubber coated MMCX detachable cable which I presume to be copper or an OFC type cable. It’s a bendy, slightly memory retentive, cable terminated with a 3.5mm gold plated right angle jack and lacking in memory coating on the ear side and adequate strain relief on either end. I do detect some microphonics during usage also. 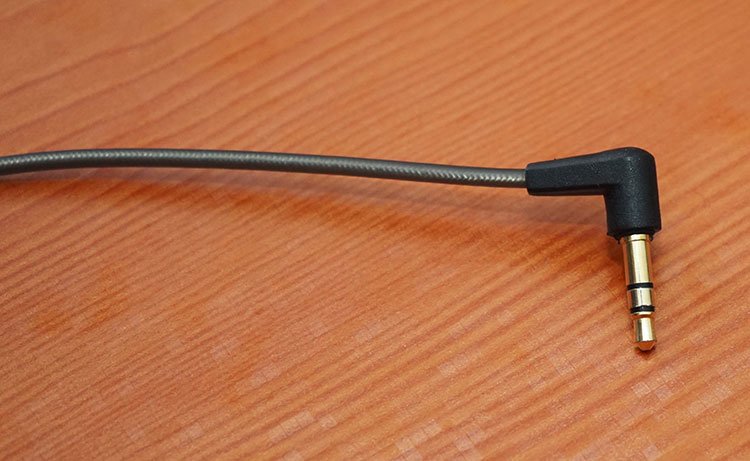 It lacks any sort of in-line mic or playback controls but honestly I am fine with that. The less electrical hurdles to get in the way of the signal the better. It’s a bit messy to work with to be honest and I never feel I have total control over it during regular usage with its “fly away” urges. It also lacks some sort of chin strap which a lot of people like to use.

Given that the cable is detachable you might want to consider swapping around and see what works with some of the budget FiiO cables which have better ergonomics or upgrading to something a bit more neutral sounding such as the Null Audio Lune which I have always enjoyed. Mind you that is the law of diminishing returns in full force given the cost of the Lune is worth almost as much as the MR2.

I think Pai Audio have done a decent job with the packaging here for their IEMs. They are though mostly the same across the entire range, well at least the DR1 is the same as the MR2. It’s basically a clean black box with the branding on the outside slip and on the inside, the IEM’s are laid out in a stylish manner (foam cutaways) with the following accessories: 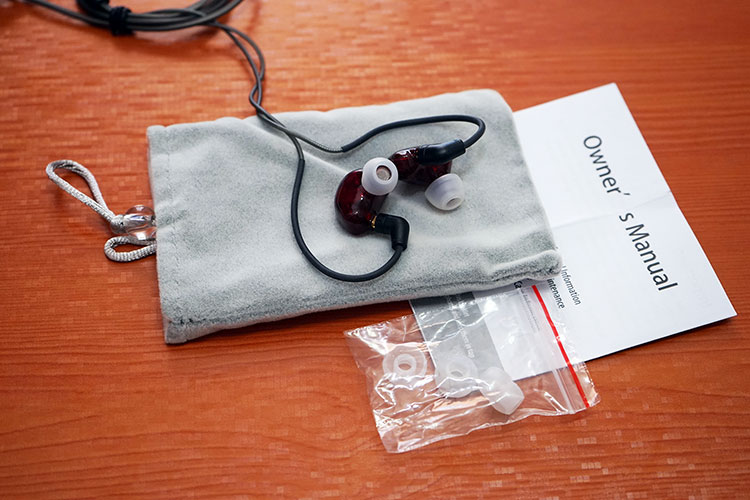 For the price, I think it is pretty good though I hope the further up the product range such as the newly launched MR4 you do get a bit more to distinguish it’s premium status such as differing types of tips, be it foam or flange, cleaning tools or a chin strap on a more flexible cable. Something to think about it for Pai Audio.