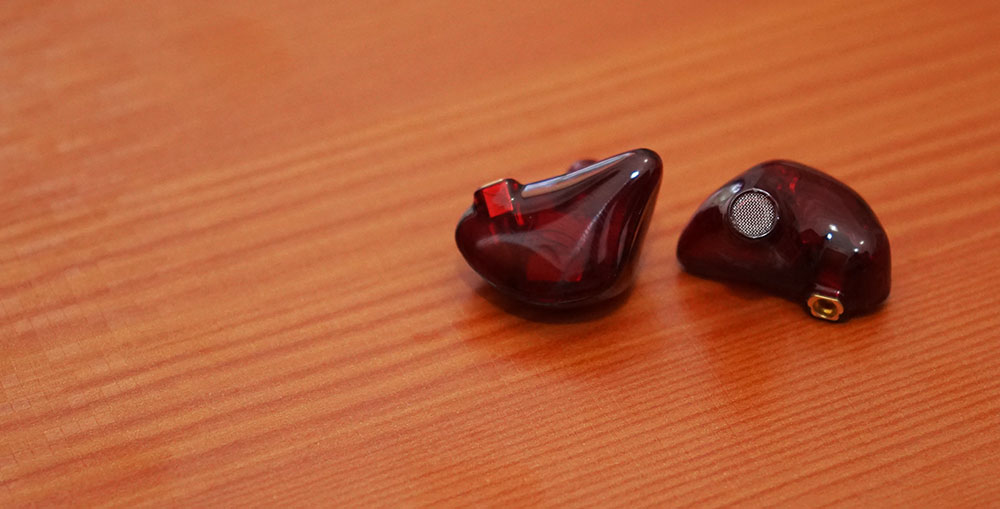 The MR2 By Pai Audio

The MR2 has an elevated bassy and warm presentation with an emphasized mid to upper mid-bass response, a slightly recessed mid-range and a vocal presence that falls back in the mix and a fairly rapid roll off post 5k with only a minor bit of sparkle around 7k. I would classify this as a warmish soft presentation though it does vary ever so slightly depending on the source you pair it with and can at times sound a bit dark rather than warm with more neutral sources.

It is a colored presentation designed to emphasize the low end and lower midrange with a soft attack and a bit of sub-bass roll off. Tonally the MR3 works well with sparse laid back female vocals and is very forgiving on the ear but less so for precise well-defined acoustical works or metal shredding solos or classical works that require a lot of space and a more defined attack. Lossy tracks will pair well with the MR2 though you do need a touch more juice in your source than other more efficient IEMs. Having said that the MR2 is largely a noise and hiss free experience.

Bass on the MR2 isn’t undercooked but it does sound a little soft and lacking in definition at times with some minor bleed into the mids. Sub-bass is somewhat rolled off below 50Hz so extension on both ends is not spectacular. The majority of the bass action is higher up from 100HZ onwards. It’s not a lean bass presentation by any stretch of the imagination and it has good enough impact to sound at home with dynamic bass performances from the likes of Justice and their bombastic talk box driven “Civilization”. I would love for Pai just to drop the elevation by 2-3dB on the mid and upper bass and increase sub-bass by 1-2dB though that may not be possible with their dual BA design.

Midrange performance on the MR2, in general, is a little narrow and lacking in instrumental spacing to cope with faster passed or more complex metal and orchestral tracks. The MR2 tends to perform a lot better on stripped down tracks or those with a brighter airier mix. Vocals are sibilant free but are not that prominent with both the bass and lower midrange performances dominating the presentation. Higher pitched female vocals would get more of a lift than lower toned male vocals.

Tonally the MR2 has a colored response that makes it more fitting for musical performance where bass and lower mids are to the fore.  Older Knowles drivers always seem to be too thin and bright for my tastes but this is not the case with the MR2 which has been tuned with a very laid back treble performance and a quick drop off beyond 5-7k. You won’t get huge articulation in its treble performance and it will lack a sense of space and air as a result though the flip side it won’t sizzle and sound unnaturally splashy with percussion. Detail freaks might not enjoy it, casual listeners should be fine. 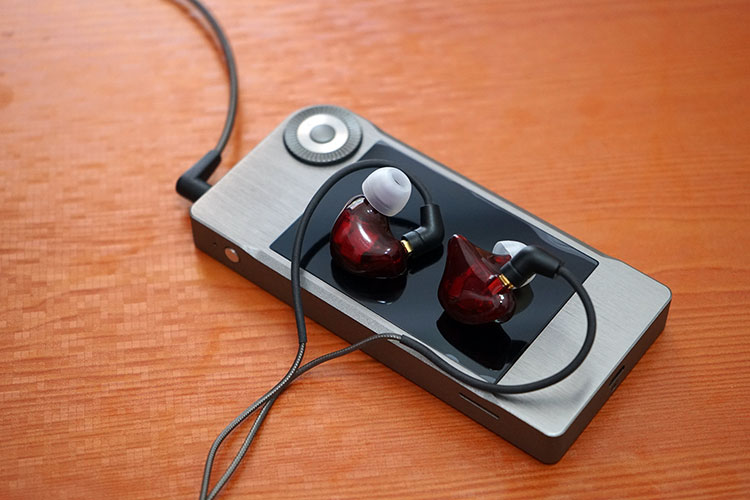 I felt the MR2 lacked a little bit of dynamic range and sensitivity than quite a lot of highly efficient BA designs. It doesn’t quite have the same dynamic range as say an Oriveti Primacy but more similar to the 1-2 BA designs of the older Westone UM series. Technical specs rate the MR2 around at 32 ohms and 120dB sensitivity, I am not wholly convinced of that sensitivity rating and would rate it a little bit lower based on listening impressions.  You do have to push up the juice a little on most amps and sources to get the MR2 performing compared to the class leading efficient IEMs we have now in the market such as the Campfire Audio range.

The good news is though the MR2 seems to be a hiss and noise free experience from all but the most inefficient setups. Guilty parties such as the ZX series of DAPs from Sony are quiet, as also the very impressive Mass Kobo 395 portable amp on low gain, The P5 from iBasso and the Koto KM-01 brass amp. That also means the MR2 has a more than forgiving profile for lossy and badly recorded tracks. It simply won’t be terribly revealing which might suit a few of us with crap in the closet we like to play on lo-fi on the go.

For source and amp matching I tended to gravitate to a brighter or sharper edged tonal pairing with the MR2, something that would push the dynamic range to the max and bring some sort of spacious element to its presentation.

DAPs such as the Cayin N5’s with its sharper attack played out quite well to the MR2 strengths with plenty of mid-bass performance and cleaner midrange and treble sparkle. DAPs such as the Shozy Alien Gold (a noise free experience) was a little too smooth but compensated with a much better vocal and staging performance than the N5.

More premium DAPs such as the Shanling M5 and X7 brought out a bit more detail from the MR2 with the M5 performing better on acoustics and vocals over the X7’s AM2 and AM5 which were more aggressive, accentuating the bass and treble performance of the MR2. Somewhere in between the M5 and the X7 sat the flagship Zx2 from Sony with a more neutral presentation and slightly less bass emphasis which is something I think the MR2 benefits from now and then. 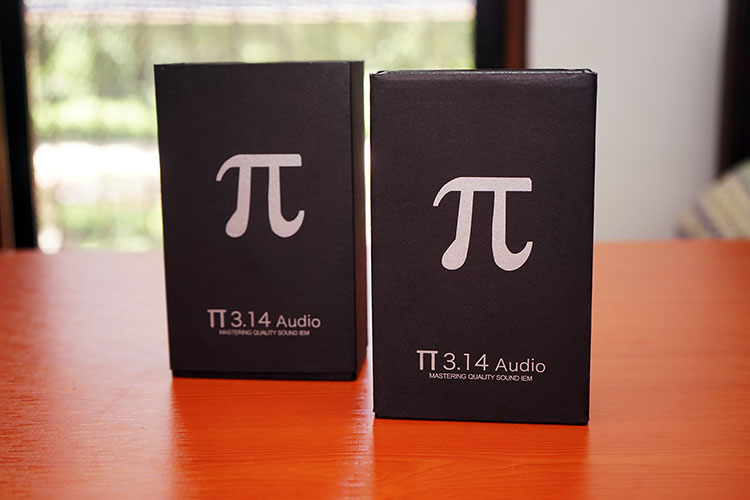 Both have flingy, bendy flyaway cables though the Zero does have a strain relief system that the MR2 is lacking and a newly introduced chin strap. Both IEMs isolate well despite their very different designs. The woody Zero, on the other hand, is much harder to drive than the MR2 on most sources though both IEMs suffer from less from amping noise and hiss than other more efficient IEMs.

Tonally both have decent low-end slam though the Zero is a bit more focused on the upper bass and has that natural dynamic bass decay that I find superior to BA designs. It does though mean it is a touch slower than the MR2 pacier bass performance. The Zero though has a far more dynamic, spacious and detailed mid-range performance and definitely more forward and attention grabbing than the recessed MR2 midrange. Treble on the MR2 has a bit more sparkle than the Zero though I find the Zero to sound a bit more natural than the MR2. The Zero definitely suits rock and vocal based pop a lot more than the MR2 which, for me, is easier on the ear with non-vocal based EDM.

The A73 continues the theme of wibbly wobbly cables so no change there but, like the Zeros., benefits from a strain relief system though no chin strap. The finish of the metal tubes and jack is very nicely done with polished aluminum tubes. Fit and seal on the MR2 are superior to the A73 when both using the stock single bore silicone tips. The A73 is also a good bit more efficient than the MR2 and is will show up any noisy amp stages more than the MR2 in terms of background hiss.

Tonally the A73 is the more musical younger sibling of the A83 with a dual BA and single dynamic hybrid setup. It is a bit cleaner and brighter than the MR2. Though it does have an elevated bass response from 50-200Hz much like the MR2 it feels a lot more controlled with better definition and more natural sounding than the MR2. Mids are slightly recessed on the A73 but more neutral sounding than the MR2 so it does sound slightly more spacious. Both midranges are not ideal for complex or pacy musical passages, both excel more when the mix is sparse or vocal focused. Treble on the A73 is more articulate and forward sounding with better extension than the MR2 but it also is a little peakier with a sharper lower treble that can make things sound a little splashy in comparison.

This is a relatively new release from customs experts, AAW in Singapore and is a single dynamic driver with a titanium diaphragm. It looks quite a lot like Dita’s range of premium flagship IEMs (The Truth and The Answer) but sells for a much more obtainable $99. The cable on the Nebula One is definitely of a higher quality than the MR2 with a lot more flex and less microphonics and a very solid looking strain relief system. It also sports an android/Apple dual mode inline remote control, with automatic detection though once again no chin strap. Do bear in mind though the MR is detachable.

Fit and seal are excellent and the comfort levels are very good indeed, as good as the MR2 though I believe the Mr2 has a slight advantage in seal using the stock tips. The Mr2 is the slightly easier to drive of the two.

The Nebula One has a slightly more metallic cleaner neutral tone than the MR2 which in turn has a slightly softer and smoother attack. Both have relatively recessed midranges but I found the Mr2 to sound a little bit more spacious. The Nebula has the more linear and correct bass response (dynamic driver again) than the emphasized mid-bass signature of the MR2. Treble on the Nebula One is a bit spiky and sharper than the MR2, especially the lower treble percussion performance which can get very splashy at times. It is a tossup really, the MR2 is the more forgiving but I do like the Nebula’s cleaner tones and top end sparkle so long as the tracks are not too bright.

The MR2 from Pai Audio is a respectable freshman release that attempts to give a musical sounding presentation with a dual BA setup. Its warm and bassy frequency response should find plenty of fans on a budget and its physical presentation and packaging is eye catching and professional looking. It also has an excellent fit and above average seal for a contoured IEM. It is certainly superior to Fidue’s A83 and the A73 as well as the AAW Nebula One.

Having said that there is plenty of competition now, even at the sub $100 level with the likes of AAW, Fidue, and Shozy all releasing competitive units at similar or much cheaper pricing levels. I feel sure there will be a v2 at some point and of course there are the higher tier 3 and 4 driver units from Pai Audio to consider.

If I had some advice to impart it would be to change the cable and bring in something a bit more pliant with better strain relief and a chin strap and a different set of foam tips just for variety purposes. Add some memory hooks for over the ear to reduce microphonics and lower the mid-bass just a tiny bit and you will have a very good dual BA IEM.