I can never quite tell if Cypher Labs practices soft launches or things just creep up on me with their product line but towards the end of 2015 David and his team got all tubey and launched the portable tube amp, the Trio, and now this, a mid-range desktop tube amp called the Sustain84.

I have no clue why Brian Setzer themed audio came to mind. It has a rockabilly ring to the name I guess but at $1200 and sporting a form factor I have seen quite a few times at the budget end of things I was indeed very intrigued as to what David has done with this much loved format to chime in at $1000 plus. This is no Little Dot by the way guys, its way above that level, but it is in the end a tube amp so some things you should expect are there – rolling, heat, that “tube” sound plus a few more things you might not expect from a tube amp.

This is no Class B or D push and pull type budget amp. The Sustain84 is a Class A desktop AC powered 2 channel tube amp built specifically for headphones use (though, as you read on, it performs admirably with some IEMs). It weighs in 2.5kg and the main chassis is machined aluminum in black making it a very sturdy but compact desktop tube amp. I would not classify this as portable or transportable but it does take me back to the days of having only a single tube amp, the Little Dot MK2 and a set of Grado SR80s as my main source of 2.1 audio. Given the similar dimensions so it does indeed make a fine laptop table companion with the right DAC or source. In short, it’s not that big and it is tough enough to take a knock or two. 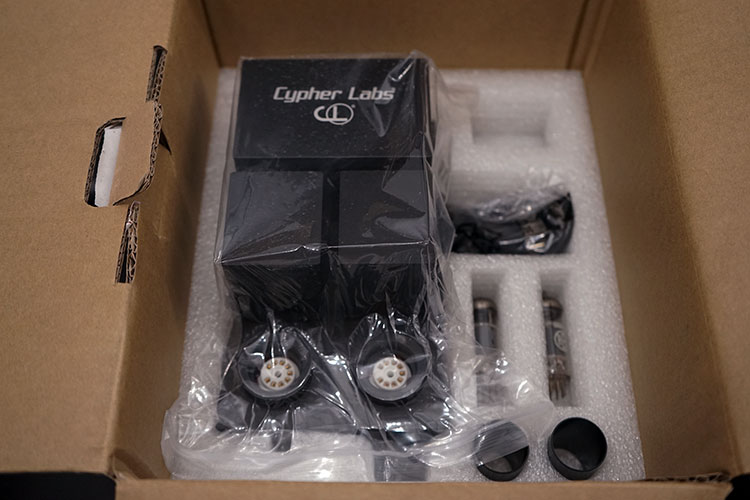 It is a pretty minimalist affair both front and rear with the branding on the bottom left just below and sturdy switch for low and high gain. To the middle of the front panel you have a quarter jack input and then to the far right you have a bevelled grip alps type volume pot which has a smooth and balanced performance right throughout. It actually very reminiscent of both the look and feel of the Theorem 720 pot and side by side both pots look similar though with the Theorem 720 the pot acts as both volume control and power on and off.

With the Sustain84 power on and off is handled in a more traditional desktop on/off translucent red power switch at the back directly connecting to the switching AC power supply and right beside the AC jack in a central layout. To the far left as you look at the back you have a set of single ended RCA inputs to handle the line source input and this can be from anything from a dedicated desktop DAC to a more humble line out to RCA single-ended cable powered by say a FiiO X3ii.

What performance and resolution you want from whatever source is really up to you the Sustain84 as a pure amp will handle anything you throw at it via these single ended RCA inputs. Most of this review was done with the ALO Audio Continental Dual Mono as the primary DAC for a solid set of tube goodness right throughout and with the a more solid state flavor using the NuPrime DAC-10 as well as a portable source from the excellent FiiO X7. 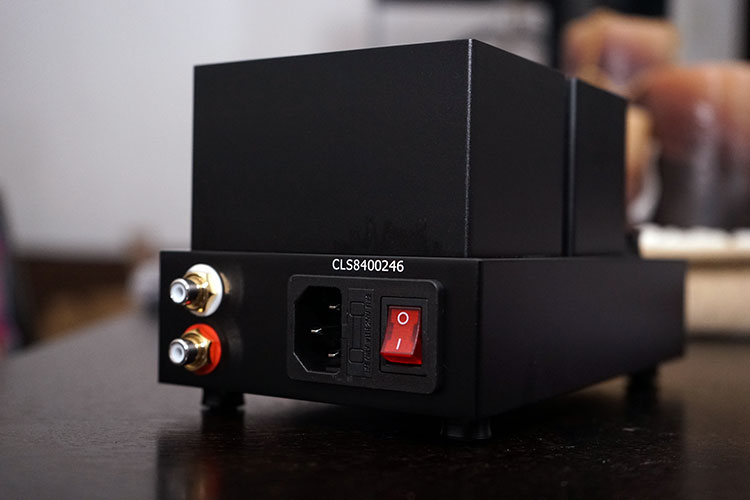 True to form Cypher Labs tinkered with the insides and then some. Everything from the ‘get go’ is setup to handle both power hungry cans and more sensitive IEM confidently and as such noise floors and general buzz typical of budget push-pull tube amps was specifically targeted to be minimal if non-existent in the Sustain84’s performance. Cypher Labs have used Z11 Output Transformers (sourced from Japan) as well as Nichicon Electrolytic Capacitors and Cardas RCA input connectors. In case you are wondering where the Z11 are housed that is the reason for the encased boxes on top of the main chassis behind the tubes.

The Z11 output transformers are not cheap either with some outlets offering them at $120 up to $300 for Z11 grade for a pair. These silicon steel transformers offer a very good price to performance ratio, typically quite powerful with no obvious sound quality weaknesses across the board. Yes indeed transformers can and do offer differing sound qualities into the mix and not just the tubes.

Nichicon have been in the capacitor business for around 50 years and are seen as safe choice and good alternative to Black gate caps which for me are the top caps around but sadly no longer being made.

Cardas needs no introduction either for most audiophiles and I highly recommend to finish the unit off with some nice matching Cardas RCA caps from Music Direct at $50 a pop. If you believe in the audiophile chatter caps have been mentioned to improve resistance to RF interference from the opened inputs. More logically it closes out a gaping hole in some style to prevent dust and bugs from getting in.

It’s about the tubes at the end of the day and the Sustain84 packs 2 NOS ECL84 tubes as standard lending to the moniker “84” in the name of the amp itself. These tubes are New Old Stock 9 pin miniature triode pentode constructs and are of course roll-able (6DX8 tubes).

Given the original purpose of these tubes were for TV sets back in the 50’s there has been some who would shy away from using these for audio purposes. However, the little ECL84’s do pack a significant grunt. These high Mu triodes and can easily handle decent wattage for demanding headphones. In some design setups they have been competently setup to driver speakers nevermind just headphones.

The Sustain84 also comes with a pair of circular aluminum black tube guards with the aim of further preventing external RF or magnetic interference during playback as well as providing handy barrier against inadvertent knocks and possibly bending the pins in the process beyond repair.